Where does inspiration come from? Levon Biss found it while looking at beetles from his garden. He’d bought a microscope for his son. For fun, they placed a beetle under the lens. “It was just stunningly beautiful,” Biss told TIME for Kids. He wondered if he could capture that beauty in a photograph.

Biss was an advertising photographer. Insects gave him a new direction. Insect populations everywhere are in decline. That’s because of pesticides, habitat loss. Climate change is another cause. He thought that if people could see what he saw, they’d care more about protecting insects.

“I’ve got a photographic technique and a skill,” he says. “I should use them for a better purpose.” 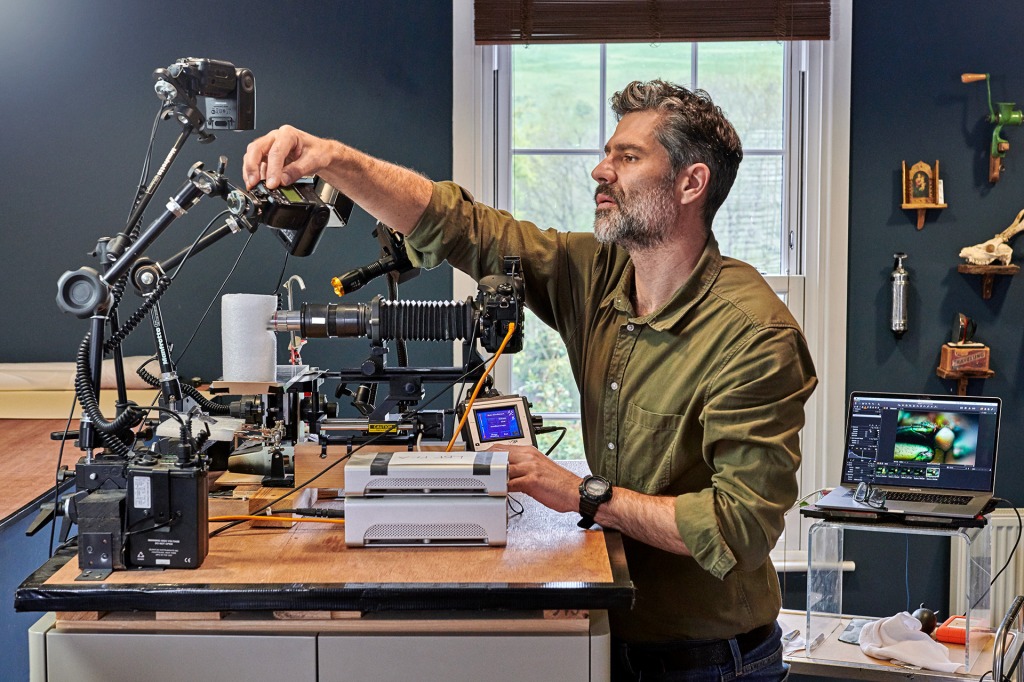 AT WORK Biss sets up a camera in his studio in England. He created this setup to photograph insects in their smallest details.

Biss started making macrophotographs, which are close-up pictures of small things, like flowers or bugs. He displayed the results of his first insect project in 2016. He called the show Microsculpture. The term microsculpture refers to an insect’s exoskeleton, or outer shell. The exoskeleton develops over time, as the bug adapts to its environment.

Biss’s pictures capture the insects in all their wonderful detail. He uses a digital camera with a microscope lens. He might take 10,000 shots of a bug. A computer puts this puzzle together into a single image. Then Biss blows the images up until the insects are larger than life. Some of them are eight feet tall. 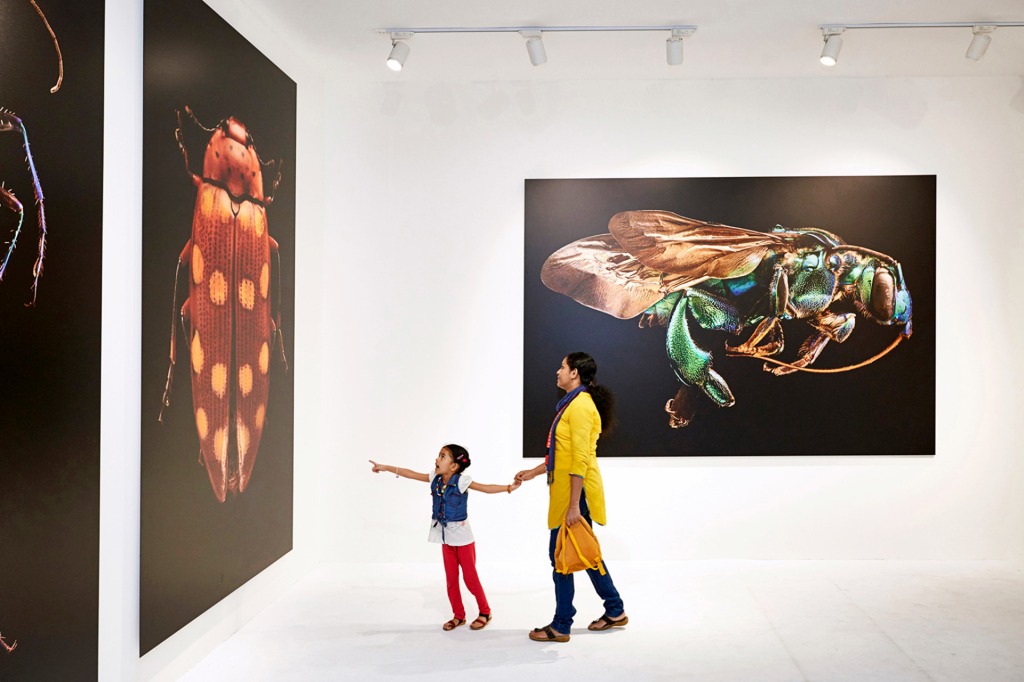 CLOSE ENCOUNTER Gallery visitors view one of Biss’s giant photographs. Some of the pictures are eight feet tall.

“It’s a humbling experience, when you’re holding an insect that’s extinct,” Biss says. “It’s sad to know it will never be on this planet again.”

Biss hopes his photographs will get people thinking the same way. “The way I work is through pictures,” he says. “I communicate visually. Hopefully, these pictures can shake things up and get people to pay attention.”