Jerry Craft is the author of New Kid. It’s a graphic novel about an African-American boy who feels out of place in his mostly white school. In 2019, New Kid became the first graphic novel to win the Newbery Medal, one of the most prestigious awards in children’s literature. Craft spoke with TFK’s Shay Maunz about his career, the Newbery Medal, and the upcoming sequel to New Kid.

What did you read as a kid?

I only read Marvel comics. There was no such thing for me as enjoyable book-reading. That was always a chore. In school, I felt like all the books that featured kids of color were about slavery or civil rights. And all the other books were just so far from my life. I couldn’t relate to them at all.

It was definitely the pictures. But also, take someone like Spider-Man. I felt like I had a lot in common with Peter Parker, who is Spider-Man. At least Peter Parker was a teenager. And even though he had these superpowers, he was kind of nerdy and he had to keep his powers a secret. I related more to him than any literary characters I had ever met.

Did adults approve of your comic-book habit?

Neither of my parents ever belittled it. I know in certain schools, if they saw you reading a comic, they would confiscate it, because they thought it was rotting your brain. They didn't realize the amount of imagination and storytelling and vocabulary in those comics. With Marvel comics, for example, every title had an adjective that was a really cool word: The Spectacular Spiderman. Uncanny X-Men. The Macabre Man-Thing.

How did you start making your own comics?

I never considered myself a writer because I never considered myself a reader—how could you be one without the other? But I always loved to draw. And if I was going to draw comics, well, obviously I had to write a story to go with them. So I started making my own comic books. Then I started doing comic strips. Later I decided I wanted to do a book.

Why did you want to write a book?

One year, I went to the National Book Festival, in Washington, DC. That's where I met Raina Teglemeier [author of Guts]. She was up on stage, and I saw how her fans were just in heaven. I had never before seen a kid clutching a book like it was their favorite doll. When I was a kid, I never had a book that was so special to me that I wanted to hug it. I set out to make a book that kids of color could relate to like many kids relate to Raina’s books.

What does New Kid’s Newbery Medal win mean to you?

I can sum that up with a story that a woman wrote to me on Twitter. She said she was in a bookstore and a man came in with his son. The son said, “Hey, Dad, can I get a graphic novel?” And his dad said, “No, I’d rather you get a real book.” Then the bookstore worker says, “Did you know that a graphic novel just won the Newbery Medal?” To which the dad says, “Oh, in that case, get whatever you want.” To me, that sums it up. If I can be so bold as to say it: It’s a victory for all graphic novels.

Do you think graphic novels are more respected now than when you were young?

Absolutely. Now there are so many great librarians and teachers who realize that reading is reading. It doesn’t matter if it’s a prose book or a graphic novel or a book of poetry.

Are you working on a new book?

I am. It’s a sequel to New Kid. I’m drawing right now as we’re talking [on the phone]. Graphic novels are time-consuming. I can’t just say, “His teacher came to the door.” I have to think about what kind of shoes the teacher wears, her blouse, how her hair looks, all of that. But it’s definitely worth it. I wouldn’t change a thing—except if I could clone myself so one of me could be working on this book 24/7 and the other one could be answering emails. That would be ideal. But until that happens, I’m working on it every moment I can. It comes out in October. 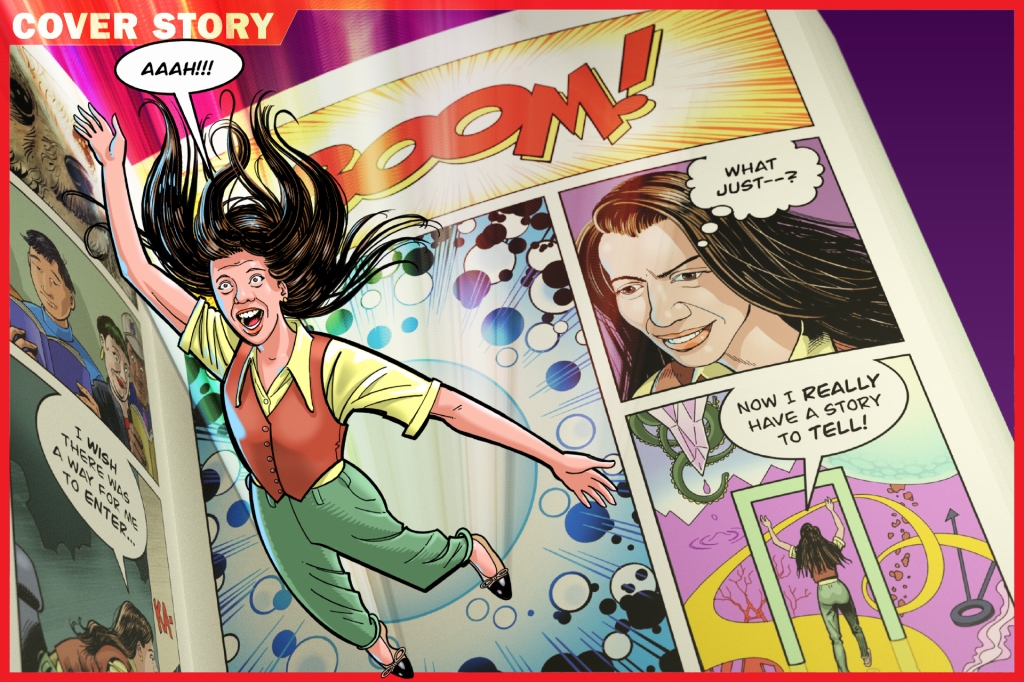 When Raina Telgemeier was a kid in the 1980s, she fell in love with comics. “They were the perfect combination of all the things I liked: characters and stories and humor and artwork,” she told TIME for Kids. But she… 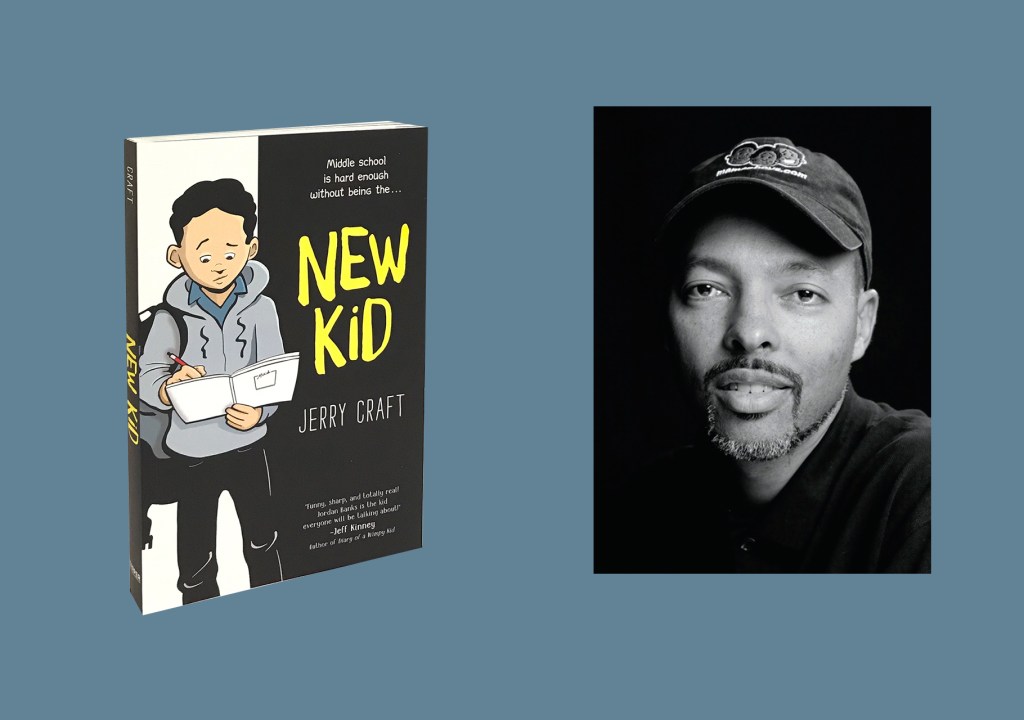 In with the New

Graphic novelist JERRY CRAFT (pictured) has a lot in common with Jordan Banks. Jordan is the main character in Craft’s latest graphic novel, New Kid. In the story, Jordan is crazy about cartooning and wants to go to art school.…