On November 4, 1922, an incredible discovery was made in Egypt. British archaeologist Howard Carter and his Egyptian crew found steps leading to the entrance of King Tutankhamen’s tomb. “At first, I could see nothing,” Carter later wrote about peering inside. “As my eyes grew accustomed to the light, details of the room within emerged slowly from the mist, strange animals, statues, and gold—everywhere the glint of gold.” 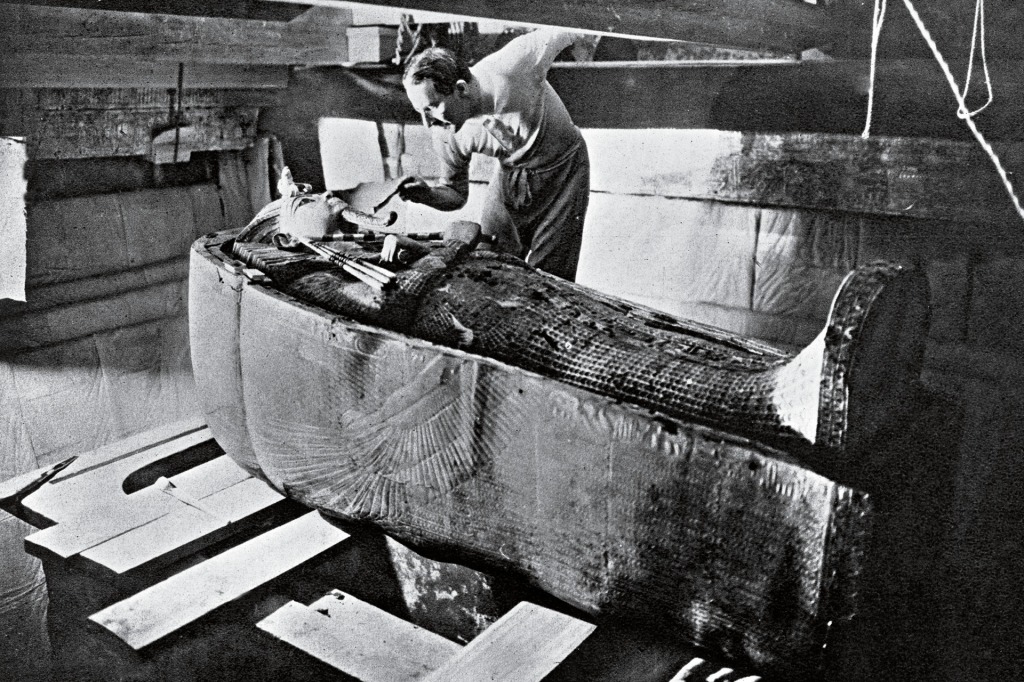 DISCOVERY Howard Carter studies King Tut’s sarcophagus. His team found it in Tut’s tomb along with many treasures.

After arriving in Egypt in 1891, Carter searched for Tut’s tomb in the Valley of the Kings. That’s where ancient Egyptians laid most of their pharaohs, or rulers, to rest. Many tombs had been found by the time Carter began his search. But Tut’s tomb had remained undiscovered for thousands of years. Rocks and sand hid the entrance. When Carter finally entered the tomb, in 1922, he found it untouched. One hundred years later, the discovery continues to fascinate people.

King Tut was Egypt’s youngest pharaoh when he took the throne around 1333 B.C.E. He became king when he was only 8 or 9 years old. He died when he was about 19. “When his tomb was discovered, nobody really knew exactly what he looked like,” Christina Riggs told TIME for Kids. She’s a historian and the author of Treasured, a new book about Tutankhamen. Not even the gold mask in Tut’s coffin provided a solid clue about his appearance. “That gold mask is so beautiful and dazzling,” Riggs says. (See “Look Inside.”) But “it’s kind of a blank . . . and people can see in him what they want.”

YOUNG KING This painted statue of King Tut is made of wood. Tut’s crown is decorated with a cobra.

The discovery of Tut’s tomb and its treasures was an exciting moment for archaeology and for the study of ancient Egypt. “It kind of put the spark back into Egyptology,” Riggs says. It was also “a really powerful moment” for the Egyptian people, she adds. Earlier in 1922, the country had won its independence from Britain. “This was perfect timing to symbolize a new era for them as an independent nation.”

This November, the Grand Egyptian Museum (GEM) is expected to open near Cairo. Its King Tut exhibit will include the more than 5,000 artifacts from his tomb. “Conservators conservator 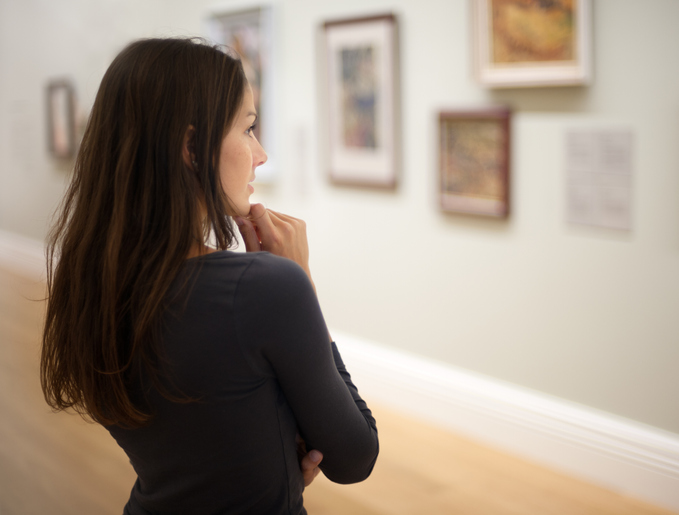 4FR/GETTY IMAGES a person who repairs and preserves historical objects (noun) The conservator studied a work by Claude Monet. have done a lot of work to make sure those objects are not deteriorating deteriorate 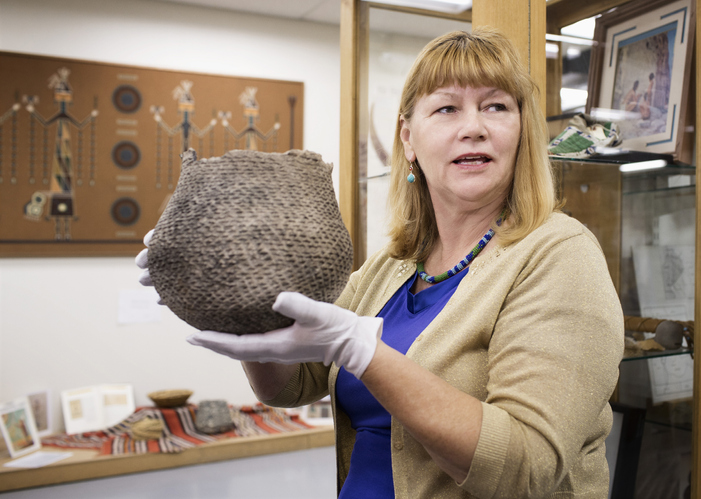 HILL STREET STUDIOS/GETTY IMAGES to fall apart; to decay (verb) Time and moisture had caused the artifact to deteriorate. and that they’re presented in a safe and attractive way,” Riggs says. “There’s been a lot of research, and they’re excited about it.” 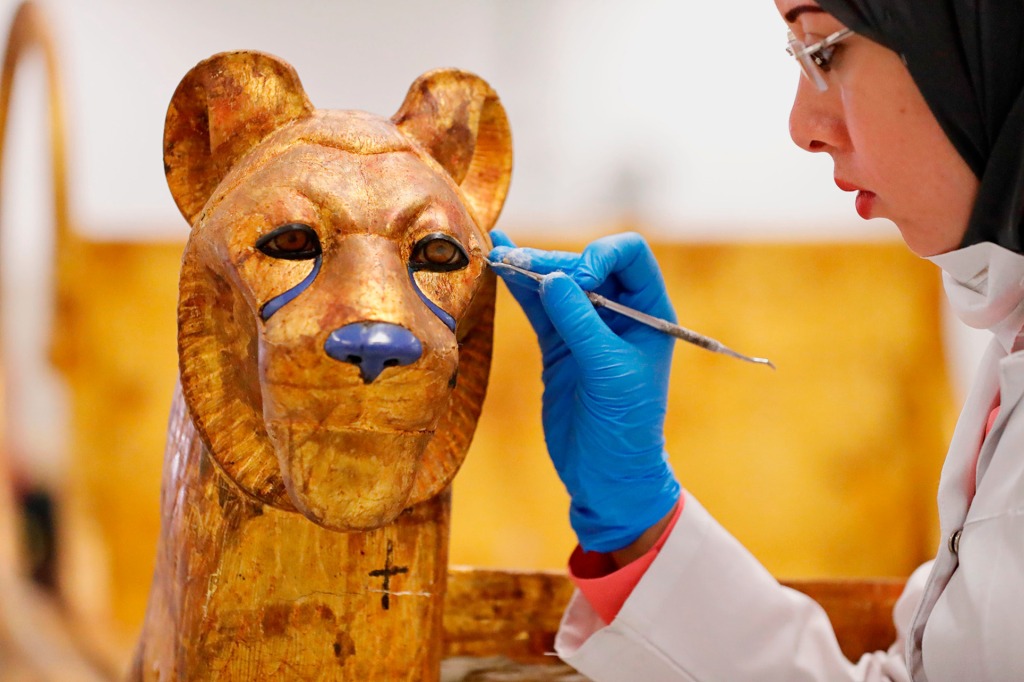 CLEANING UP A conservator restores King Tut’s throne at the Grand Egyptian Museum.

Among those objects are Tut’s gold chariot, coffin, and throne. “I have four spaces representing the four rooms” of Tut’s tomb, said GEM’s former director general, Tarek Sayed Tawfik. He spoke to Smithsonian magazine in 2016 about his plans for the exhibit. He hoped the objects would be laid out as they were inside the tomb.

In the 100 years since the discovery of Tut’s tomb, its treasures have been displayed in museums around the world. At GEM, the objects will all return to Egypt and be shown together for the first time. The museum sheds new light on ancient Egypt. Still, much about Tut remains a mystery. “There are some things we’ll never know,” Riggs says. 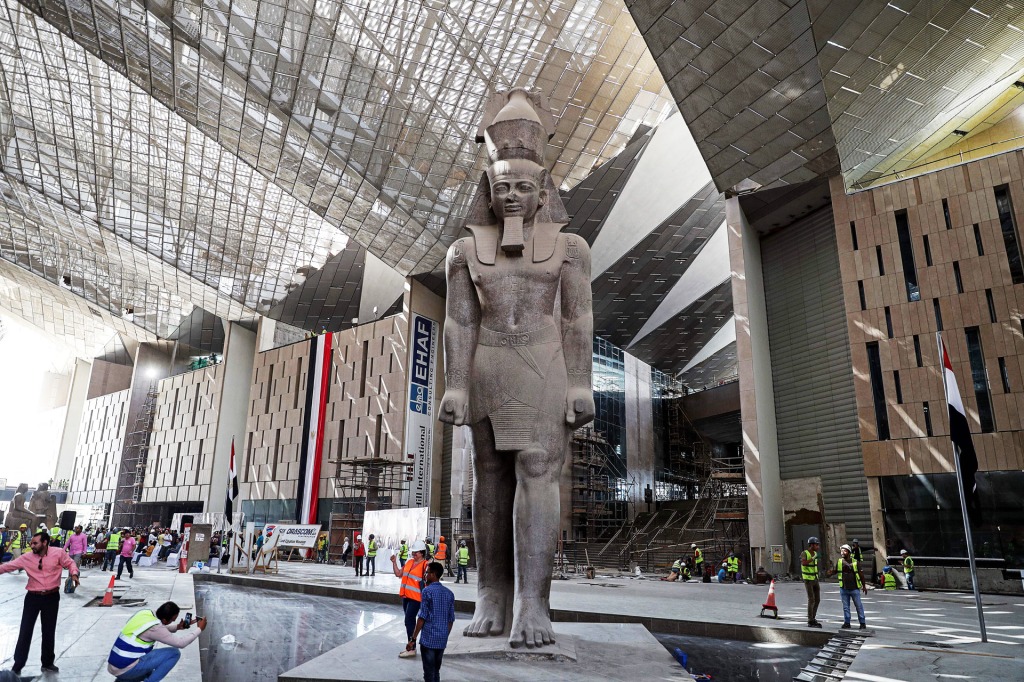 STANDING TALL This statue of the Egyptian king Ramses II is at the GEM. 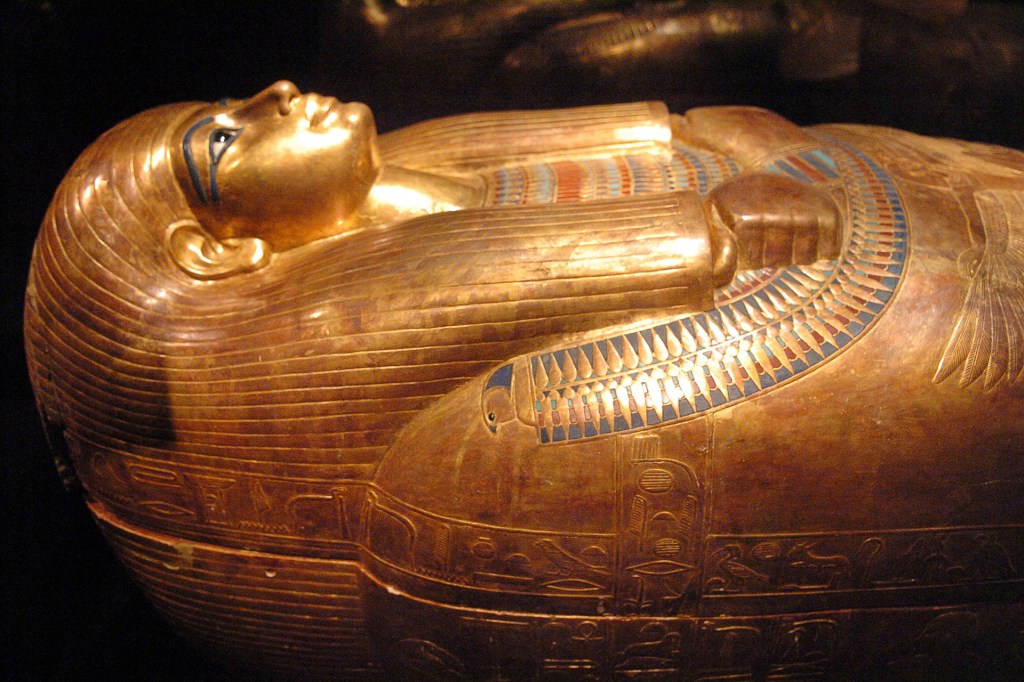 Egyptian pharaohs were often buried in more than one coffin. A mummy would be put in a coffin that would be placed inside a larger one. Some were made of wood and covered in gold sheets. King Tut had three coffins. The inner one was solid gold and weighed nearly 250 pounds. It’s worth about $1 million. Tut’s mummy also wore a gold mask. Christina Riggs says the mask was first displayed to the public in 1926. It’s one of Egypt’s most famous artifacts. 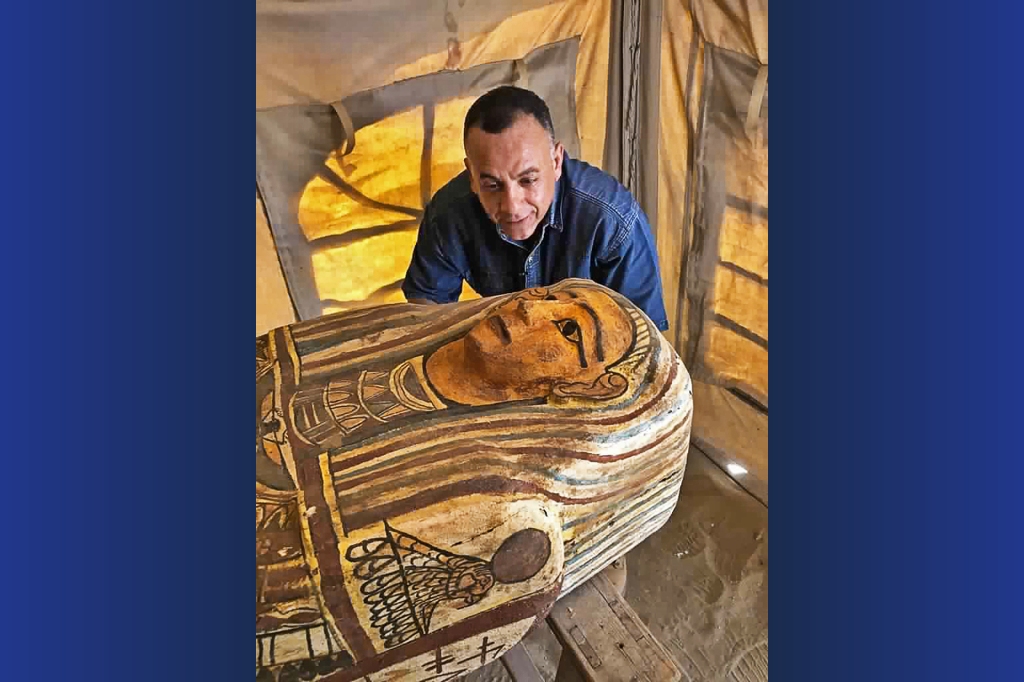 Archaeologists in Egypt have uncovered 27 wooden coffins that are estimated to have been buried more than 2,500 years ago. They found the coffins inside a pair of wells in Saqqara, an ancient burial ground. Earlier this month, Egypt’s Ministry…