Bioluminescent organisms can produce their own light. Bioluminescence is a chemical reaction. It takes place inside the light-producing organ of a glowing creature. Fireflies, for example, make light in their abdomens. The chemical reaction produces energy in the form of photons. The photons then create visible light.

Not all bioluminescent creatures light up on their own. The midshipman fish relies on its food source to glow. It feeds on tiny seed shrimp. The shrimp contain a key ingredient for bioluminescence. When the midshipman fish eats them, a chemical reaction begins that leads to bioluminescence. Other creatures work together to create light. In the Pacific Ocean, the Hawaiian bobtail squid lights up with a blue-green hue. But this brilliant creature doesn’t produce its own light. Instead, bioluminescent bacteria live inside its body. The bacteria cause the squid to glow. 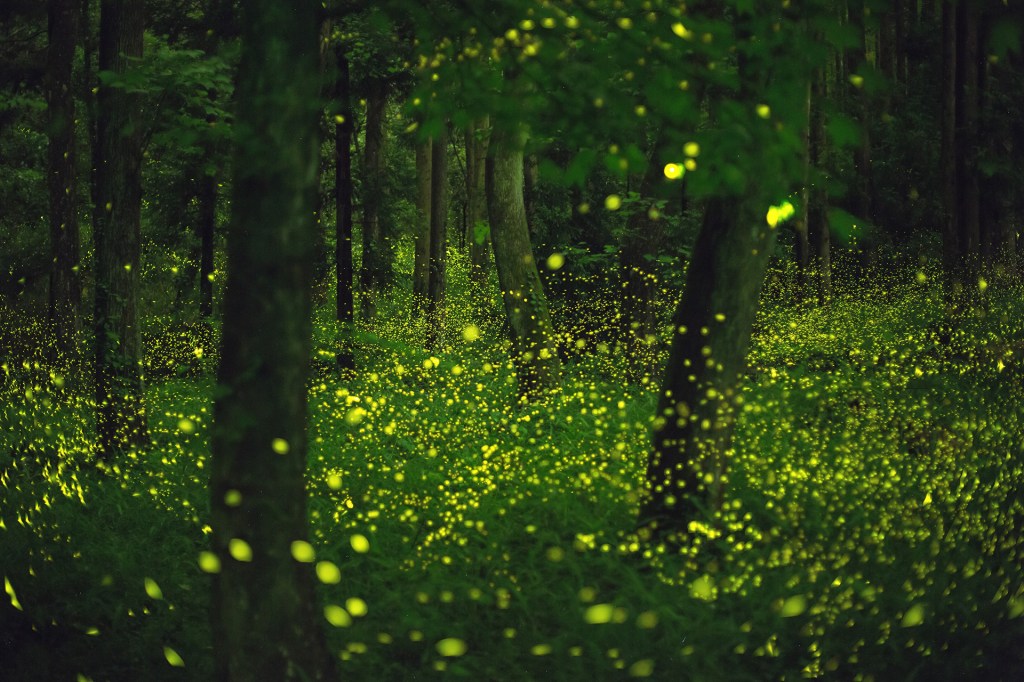 Fireflies are bioluminescent. They produce their own light through a chemical reaction in their abdomens.

Bioluminescence exists throughout the world. Many different types of organisms can glow. Yet most bioluminescent creatures—about 80% of them—live in the oceans. They are found from the water’s surface to the deep-sea floor.

The deep ocean is a dark place. Bioluminescent creatures that live there have adapted to that environment. It is estimated that 80% to 90% of deep-ocean dwellers are bioluminescent. Many use the ability to glow as a tool for finding food. The deep-sea anglerfish, for example, has a small fleshy growth on the top of its head. It lights up to attract prey.

Bioluminescence helps some species of mushrooms reproduce. Their glow attracts insects. The insects carry fungal spores to other parts of the environment. Fireflies use their glow to attract mates.

Other organisms use bioluminescence to defend themselves. Click beetles have glowing spots that flash at night. This makes them appear larger to predators. When a vampire squid faces a threat, it squirts a glowing cloud to confuse and startle predators. Glowworms light up to let other organisms know they are toxic.

Bioluminescence can be breathtaking. People flock to bioluminescent ecosystems for beautiful light displays. Firefly tourism is popular in parts of Australia, Mexico, Taiwan, and the southern United States. Australia and New Zealand are also home to glowworm caves. These draw tourists from around the globe. In areas surrounding Puerto Rico, Maldives, and Japan, tiny bacteria and other sea creatures make the ocean sparkle like the stars. 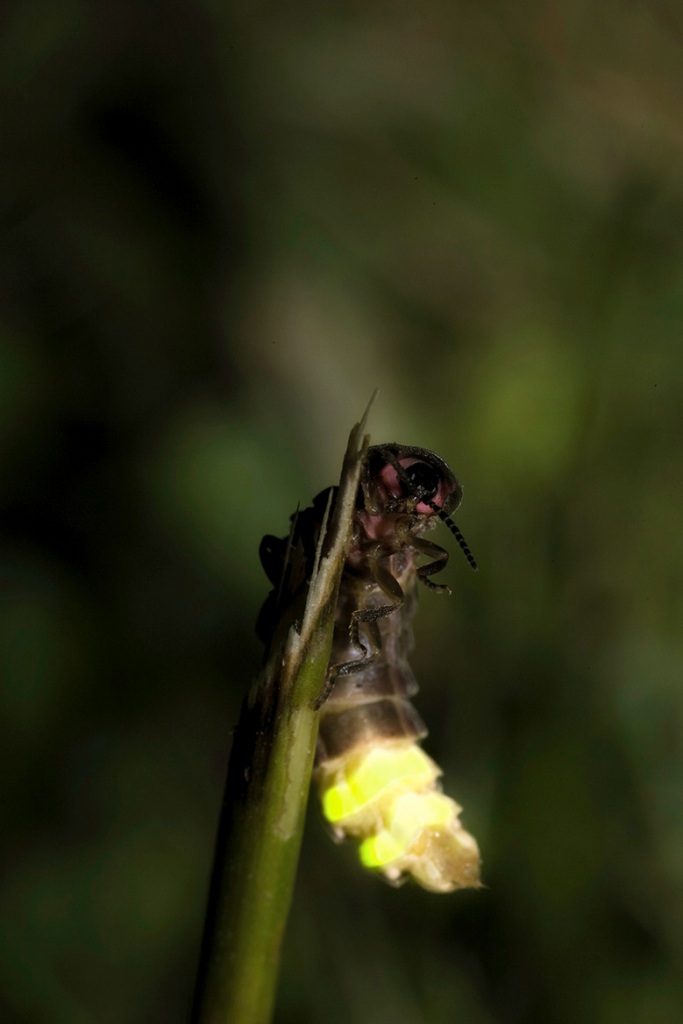 Glowworms emit a blue-green light that both attracts mates and warns predators to stay away.

The World of Glowing Creatures

Most bioluminescent organisms glow in blue-green colors. But some, like the dragonfish, produce a red light. A handful of animals, like fireflies, glow yellow. And then there are creatures that can glow in more than one color. Click beetles, for example, have two light-producing organs. One lights up green, the other red.

Scientists are experimenting with bioluminescence. They hope it will help them learn more about cancer and other deadly diseases. They have looked at the click beetle and its green/red lights to help with their research. They make healthy cells glow in one color and harmful cells glow in another.

Not all creatures that glow are bioluminescent. Some, like certain corals, are fluorescent. This means they absorb light at one wavelength and emit it at another. Other glowing creatures, like dinoflagellates, are phosphorescent. These tiny organisms glow at the surface of the ocean when disturbed.

Light is an important part of life. It helps us see our surroundings. When the sun goes down, most of the world’s light sources are man-made. But there is also a world that glows with a soft and colorful natural light. You might be able to see it when you shut off your lights, power down your electronics, and look outside. Scientists and innovators have noticed. More and more, they are turning to brilliant bioluminescent creatures for inspiration on how to light our world.