The Inspiration4 mission has officially begun. On Thursday, September 15, at just after 8:00 p.m. ET, four civilian astronauts blasted off from Kennedy Space Center, in Florida. This is the first time an all-civilian crew has gone into orbit.

The launch was live-streamed for people around the world to see. There’s a camera inside the Crew Dragon spacecraft. As they traveled away from Earth, the astronauts could be seen giving thumbs-up and fist-bumping.

The Crew Dragon will orbit the Earth for three days before splashing down off the coast of Florida. While on board, the crew members plan to perform health experiments. They’ll also call loved ones and hospital patients back at home. One of the astronauts, an artist, will do some painting, to learn how watercolors behave in zero gravity.

With a top altitude of 360 miles, the Crew Dragon is orbiting even higher than the International Space Station. “We want to get outside of our comfort zone,” billionaire Jared Isaacman told TIME. He’s the mission’s commander. “If we ultimately want to go to the moon and Mars, we should start taking steps today so we can eventually make life interplanetary.” 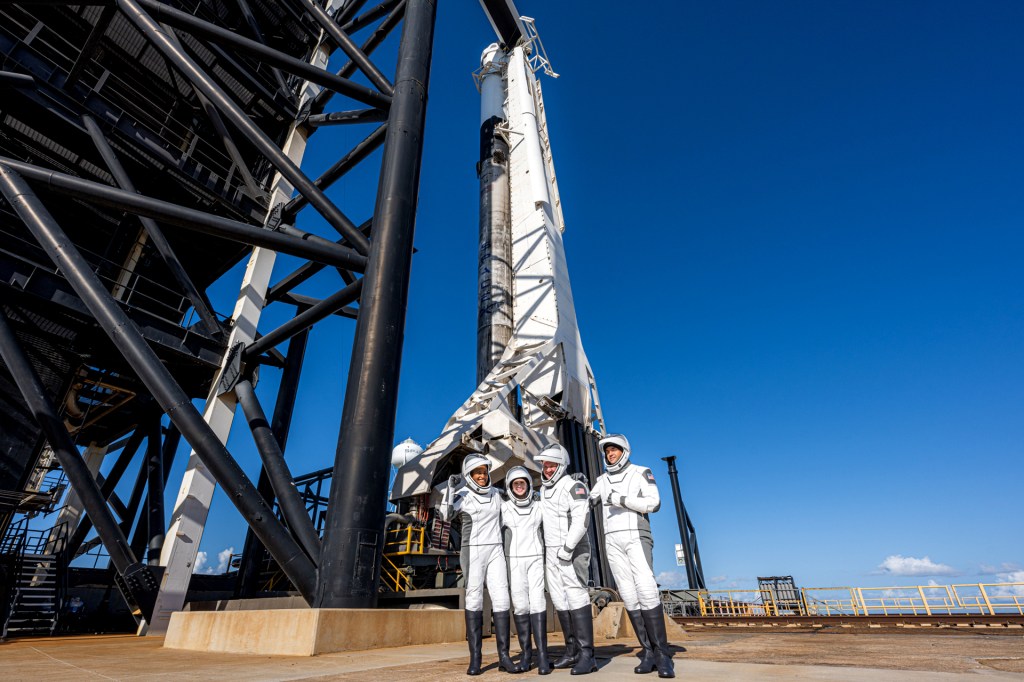 PRELAUNCH On September 15, the four civilian astronauts of the Inspiration4 mission stand on a launchpad at Kennedy Space Center. Behind them is the SpaceX rocket that will power them into orbit.

This month, four civilian astronauts are scheduled to launch into orbit aboard the Crew Dragon spacecraft. Their mission is called Inspiration4. Here’s what you need to know about this historic moment in space travel. Where is the crew going?…