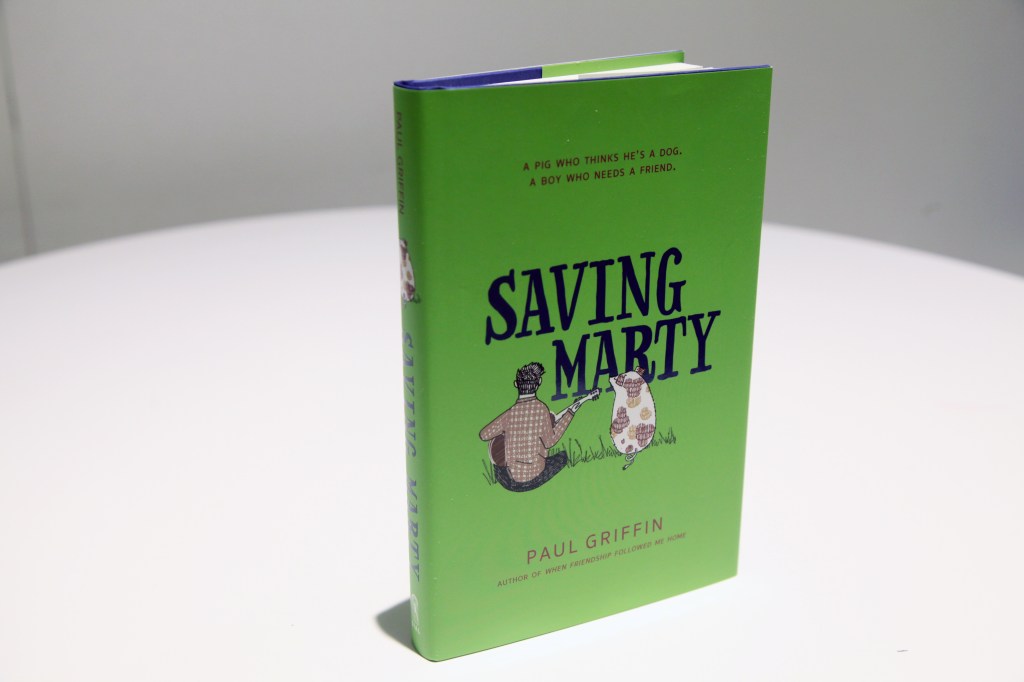 Eleven-year-old Lorenzo Ventura, a.k.a. Renzo, lives with his mom and grandfather on a peach farm. His father died in the war before he was born. Renzo’s only connection with his father is through music and some letters. Life is not easy as his mom and grandfather struggle to keep their failing peach farm. Renzo’s mom sells their pig and her litter to the market, but she accidentally leaves behind the runt of the litter. Renzo finds the piglet among their dog’s newborn puppies and names it Marty after his deceased father. Renzo and the piglet form an immediate bond. But as money becomes tighter, Renzo finds it harder and harder to convince his mom to let him keep Marty as a pet. Can Renzo save Marty from being auctioned off at the market?

The Renzo character is a bit exaggerated. He is described as a “6-foot-2, 250 pound 11-year-old.” Other than that, the characters are believable. Author Paul Griffin does a great job making sure the characters are likeable, except for the Taylor boys.

Anyone who loves animals and adventures will enjoy this book. It’s filled with sad and happy moments as well as exciting plot twists.

I would rate this book a 9. Although I found the writing overly-detailed at times, the author does a good job of keeping the reader’s attention. In fact, I found it difficult to put the book down. 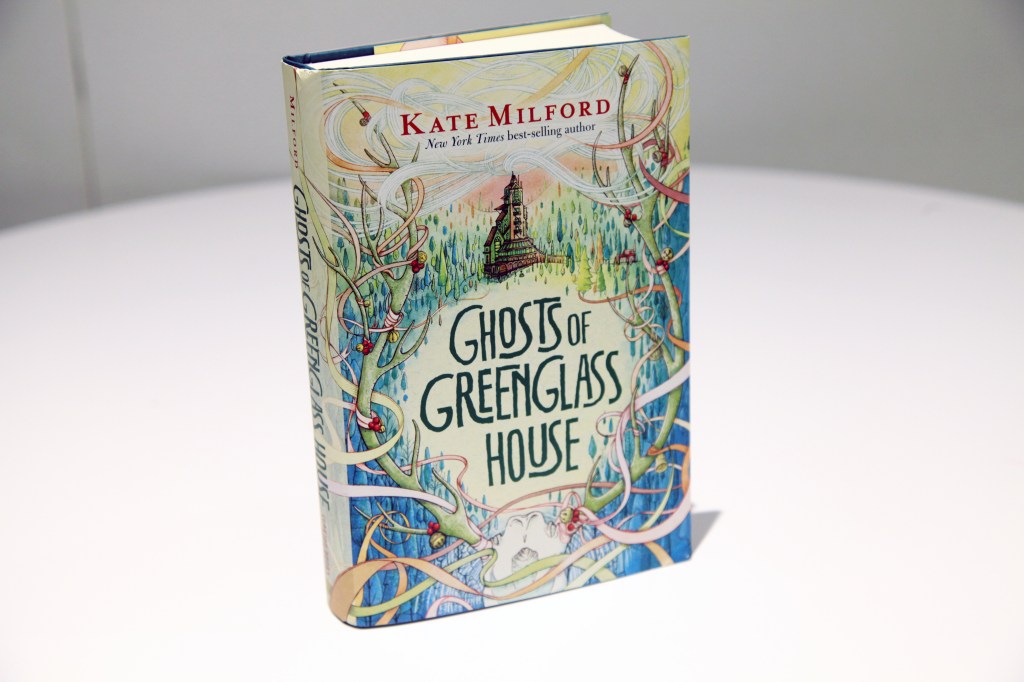 Ghosts of Greenglass House is the sequel to author Kate Milford’s popular Greenglass House, released in 2014. The books follow the adventures of a young, adopted boy named Milo. The story is set during the winter season, three days before Christmas, and one year after the events of the first book. In the sequel, school is out but Milo doesn’t feel satisfied or relaxed like last year. Instead, he feels irritated about a lot of things that have been building up in his life. The inn where he lives is overrun with guests, his best friend and assistant detective is missing, he’s been having a rough time at school, and worst of all… It’s not snowing!

Yes, the characters are all realistic. Young readers will empathize with 13-year-old Milo’s school troubles and other frustrations. Plus, readers can easily imagine what it must be like for young Milo to be stuck inside an inn during the winter holidays surrounded by strange guests.

Fans of suspense and mystery will have a great time reading this engaging and slightly sinister novel.

I was so interested and absorbed by this one-of-a-kind novel that I rate it a nine out of 10. Ghosts of Greenglass House is a wondrous novel that should be on your reading list. 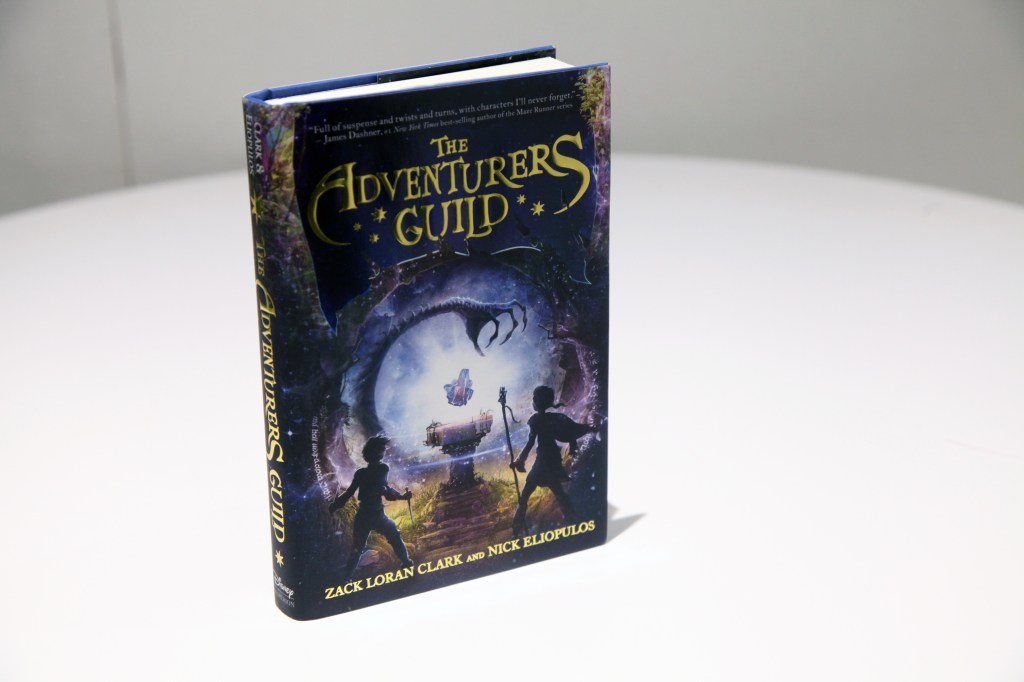 Best friends Zed and Brock live in one of the last cities that has not fallen to the dangers of otherworldly monsters. But the city’s magic barriers are failing. Without a moment to lose, the two are assigned to the Adventurers Guild. Their mission? To root out a spy and save their city.

The characters are all believable, with the exception of Frond, the leader of the Adventurer's Guild. Each character (besides Frond) displays traits that are typical of humans. Frond, however, appears more overzealous than is possible. Also, Frond has such fighting skill that it seems that she could save the city on her own. Who would like this book? If you’re someone who likes a thrilling adventure with a surprise on every page, this book is for you. Those under 10 years old, however, may find some parts of the book overwhelming.

I would give this book a 6. The book is decent, with a strong storyline. But at parts it is unclear, and may leave readers confused at key moments.

Title: The First Rule of Punk 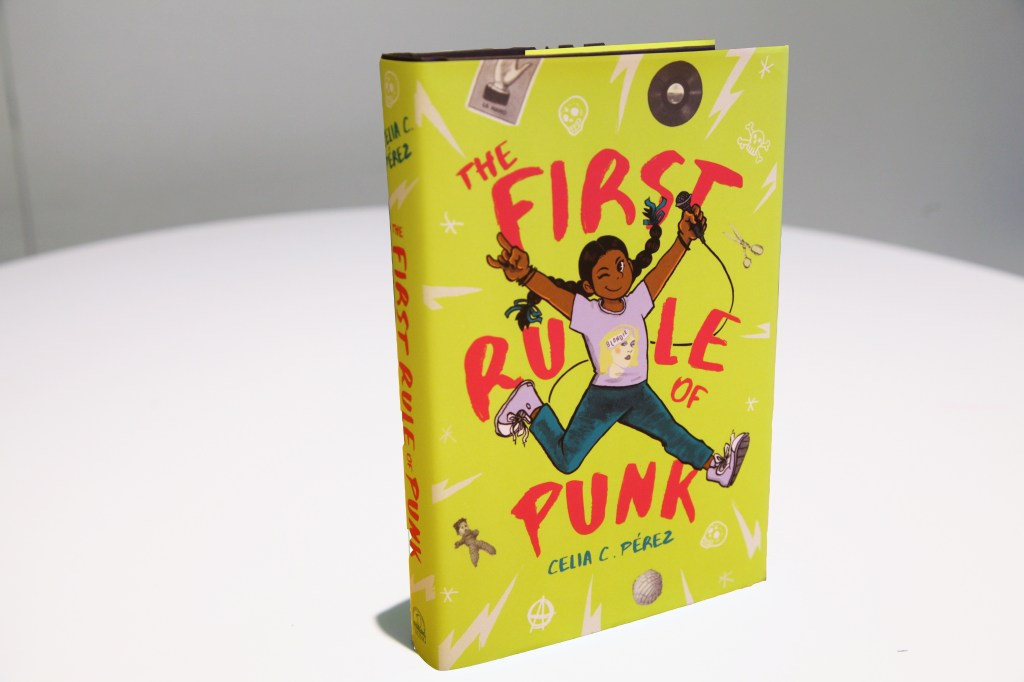 Malú and her group of misfit friends form a punk rock band. She finally has a sense of belonging. But problems arise when her punk-rock look violates the school dress code. Malú fights for her right to express herself. She wins by following the first rule of punk: Be yourself.

The characters in the book are mostly believable. Malú, for instance, struggles to find her identity. All the while, she must do her best to live up to her college professor mom’s high standards for a young señorita.

This is an inspiring story of a girl struggling to cope with school rules and a strict mom. Any reader will appreciate how Malú learns to fit in and rock out.

I would definitely give this book a 9. The author Celia Perez made the book extra special by including zines (homemade magazines) that represent Malú’s creative attitude and love of all things punk. Also, I liked how Malú’s story unfolded and how she found ways to express herself.

Title: The War I Finally Won 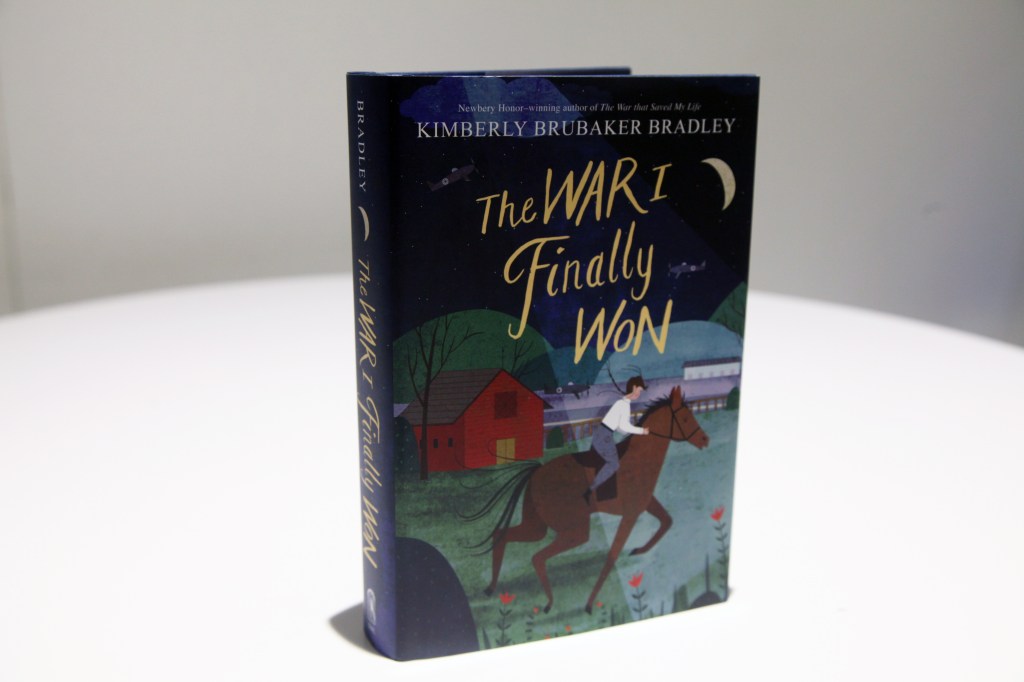 Eleven-year-old Ada was born with a clubfoot. Her mother calls her crippled, demented, and mentally unstable. Lady Thorton, the wealthy mother of Ada’s best friend, pays to have Ada’s foot fixed. She then arranges for Ada and her brother to move in with their new legal guardian named Susan. With Ada’s foot fixed and her mother now dead, the label of a deranged daughter no longer defines Ada. She is left to find out who she really is. It is not an easy task, with the dangers of World War II and the tragedies that strike only amplifying Ada’s traumatic history. Will Ada be brave and face her past, or will she hide behind yet another label?

The characters are realistic. Every character has their own unique voice that can easily be set apart from the others. Ada’s voice is especially distinct because of her honesty. Readers get to see and feel her core emotions. All the other characters are also well represented and believable.

Anybody who likes historical settings and interesting, authentic characters would enjoy this book.

I would rate this book a 9 out of 10. I most enjoyed the raw honesty of the main character.

Title: Becoming Kareem: Growing Up On and Off the Court 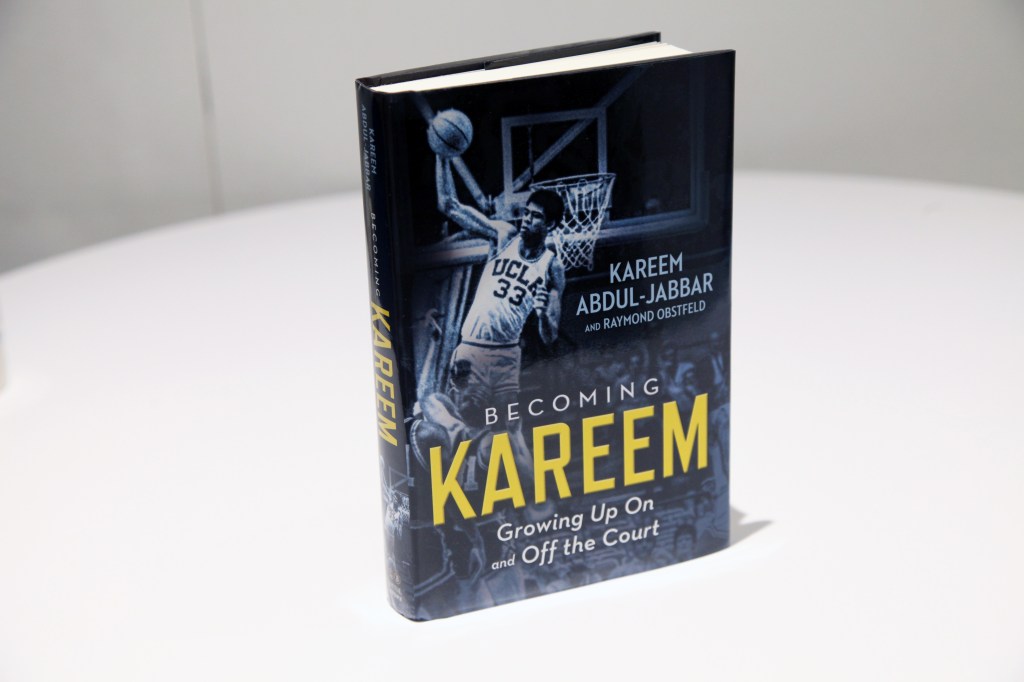 This is the life story of basketball great Kareem Abdul-Jabbar and the lessons he learned from childhood through adulthood. Most people know Abdul-Jabbar as a gifted basketball player. This book delves beyond his life in sports, recounting events that took place in his personal life and helped to shape his character.

This is an autobiography, so the stories and characters are real. Young readers will relate to young Abdul-Jabbar’s struggles with fitting in at school and overcoming shyness. He also had to deal with racism and prejudice growing up. Luckily, he had the support of his parents and coaches who helped him to develop his athletic talent and put him on the path to success.

Anyone from age 10 and up would enjoy this book. Parents should be aware that the book describes some tense situations. My take? Even readers who aren’t interested in basketball would enjoy this book because Abdul-Jabbar had so many interesting experiences off the court.

I would rate this book a 10. I enjoyed getting an honest inside look at Abdul-Jabbar life’s journey. 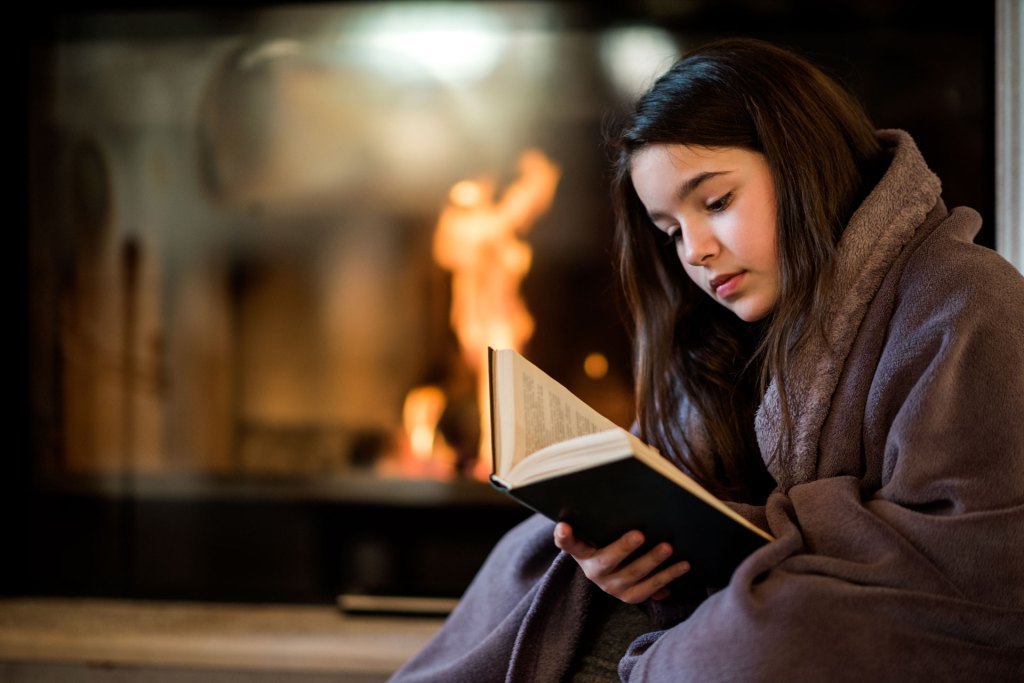