Last year, Jazmine Boykins was posting her artwork online for free. It got plenty of likes, comments, and shares. But it didn’t make much money.

That recently changed, thanks to a new technology. Boykins has been selling the same art pieces for thousands of dollars as NFTs, or non-fungible fungible 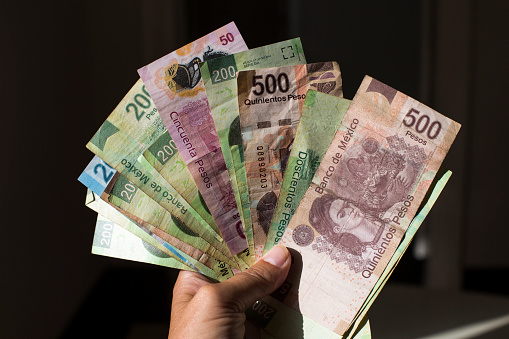 LAURA REID—GETTY IMAGES interchangeable (adjective) U.S. dollars and Mexican pesos are not fungible because they have different values. tokens. These represent the digital art pieces. They come with a certificate of ownership and authenticity authenticity 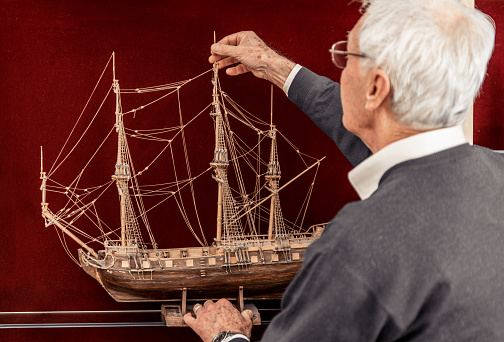 CASARSAGURU—GETTY IMAGES realness; the state of not having been copied (noun) We hired an expert to check the authenticy of the antique. . This guarantees that the person who buys the NFT is getting the original version. 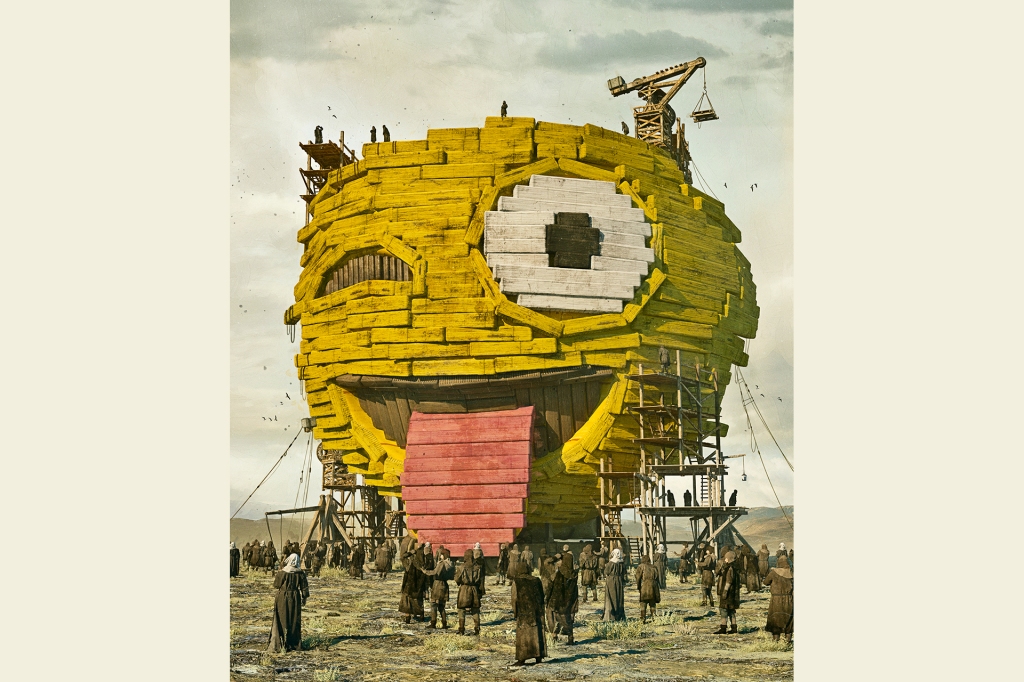 EMOJI ART This piece by the artist Beeple is part of an NFT collage that sold for more than $69 million.

Boykins sold more than $60,000 in NFT art in a period of six months. “At first, I didn’t know if it was trustworthy or legit,” she told TIME. “But to see digital art being bought at these prices, it’s pretty astounding. It’s given me the courage to keep going.”

State of the Art

NFTs exist as computer files. Artists who want to sell their work as NFTs sign up with a digital marketplace. They can list NFTs there for auction. It’s like selling things on eBay. An NFT is usually sold to the highest bidder.

NFTs are having a big moment. In September, people spent more than $1.7 billion on them. In March, digital artist Mike Winkelmann, known as Beeple, sold an NFT for more than $69 million. Only two other living artists have sold their work for more at auction. 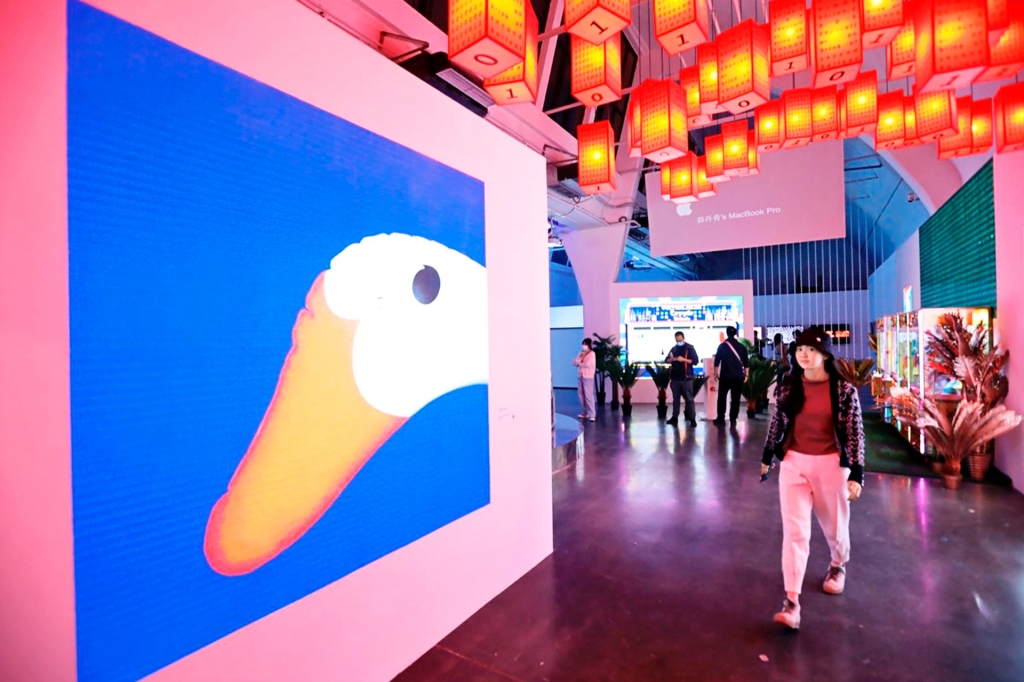 GOING DIGITAL Works are displayed at the first major exhibit of NFT art, in China, in March 2021.

Some people are investing in NFTs to get rich. This is why critics call the NFT art craze a bubble. They say that after a big boom, when prices are high, the bubble will burst. Artworks that sold for high prices will then lose much of their value.

But artists of all kinds—authors, musicians, filmmakers—have embraced the craze. They see a future in which NFTs have changed how people value art. 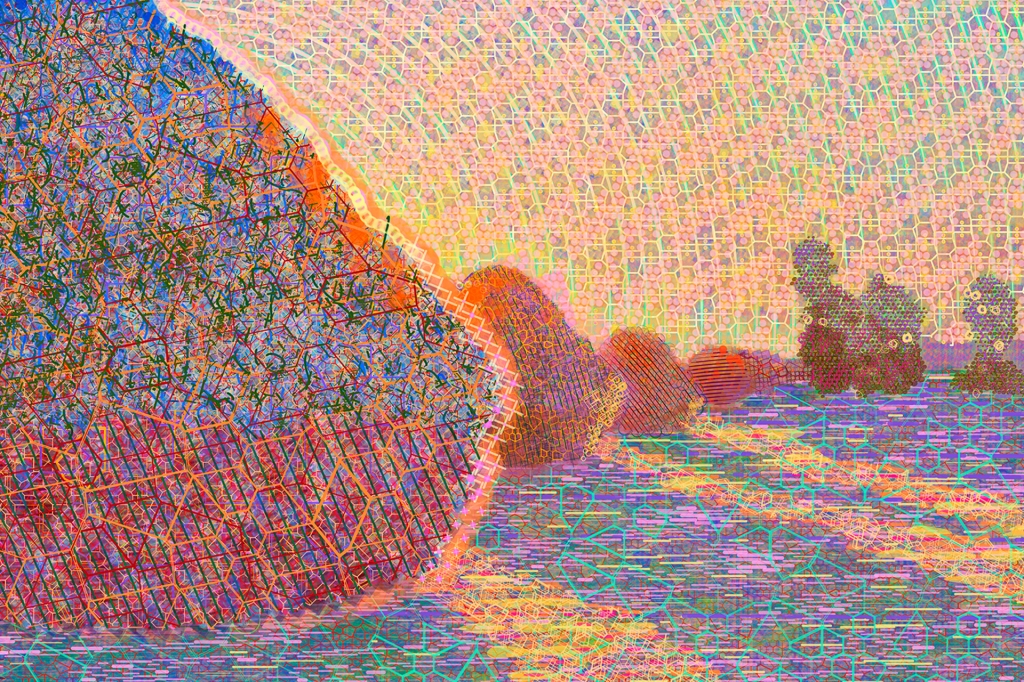 ART HISTORY This NFT is by digital artist Matt Kane. It was inspired by a 19th-century painting by Claude Monet.

“You will have so many people from different backgrounds and genres coming in to share their art, connect with people, and potentially build a career,” Boykins says. “Artists put so much of their time—and themselves—into their work. To see them compensated on an appropriate scale—it’s really comforting.”

Artworks sold using NFTs can often be viewed online for free. That raises a question: Why would people pay so much money for something they can see for free?

The answer is that certificate of authenticity. Knowing an original, “authentic” version of something exists makes some collectors want to have it. 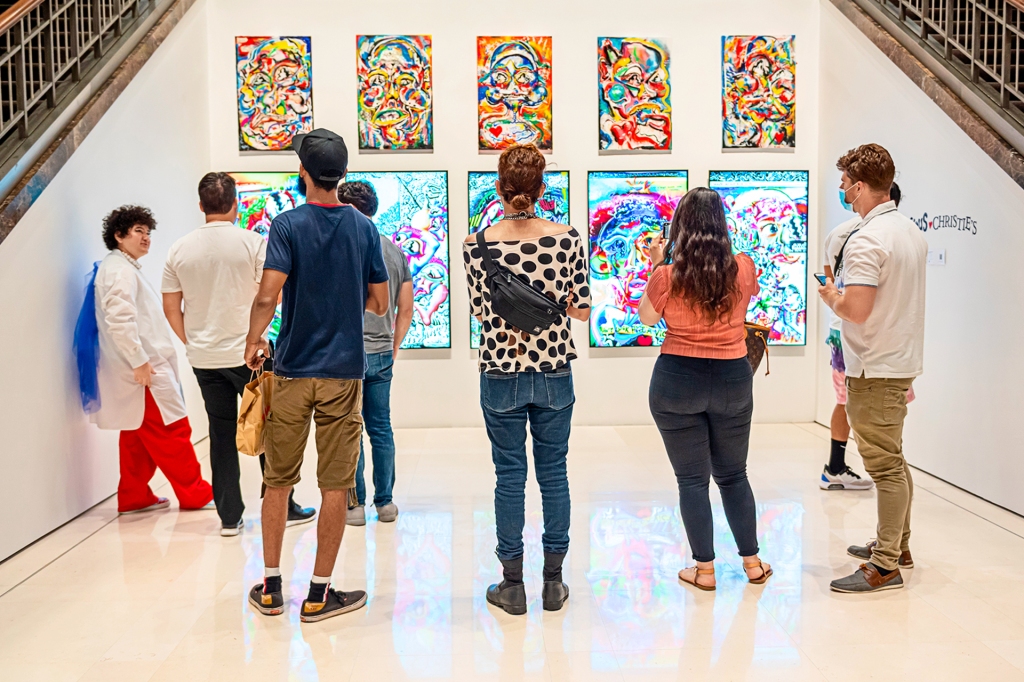 Some NFT collectors say they’re happy paying for the work of artists they like. “I want you to go on my [online] collection and be like, ‘Oh, these are all unique things that stand out,’” Shaylin Wallace says. “‘The artist put so much work into it. And it was sold for the price that it deserved.’”

Thanks to NFTs, digital artists might now be able to make a good living from their work. And NFT artists are banding together in tight-knit communities.

“There is a huge ethic ethic 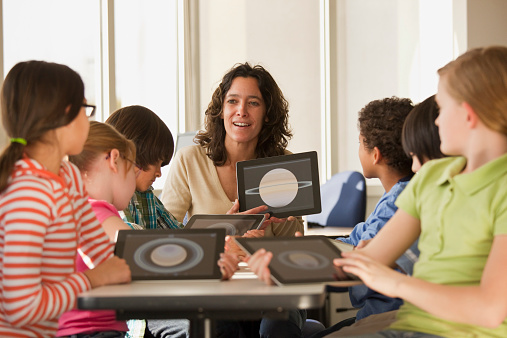 ARIEL SKELLEY—GETTY IMAGES a belief that something is important (noun) Ms. Smith's students have a strong work ethic. of generosity happening in the [NFT] space,” says Andrew Benson, an artist based in Los Angeles. “It really does seem like everyone could benefit.” 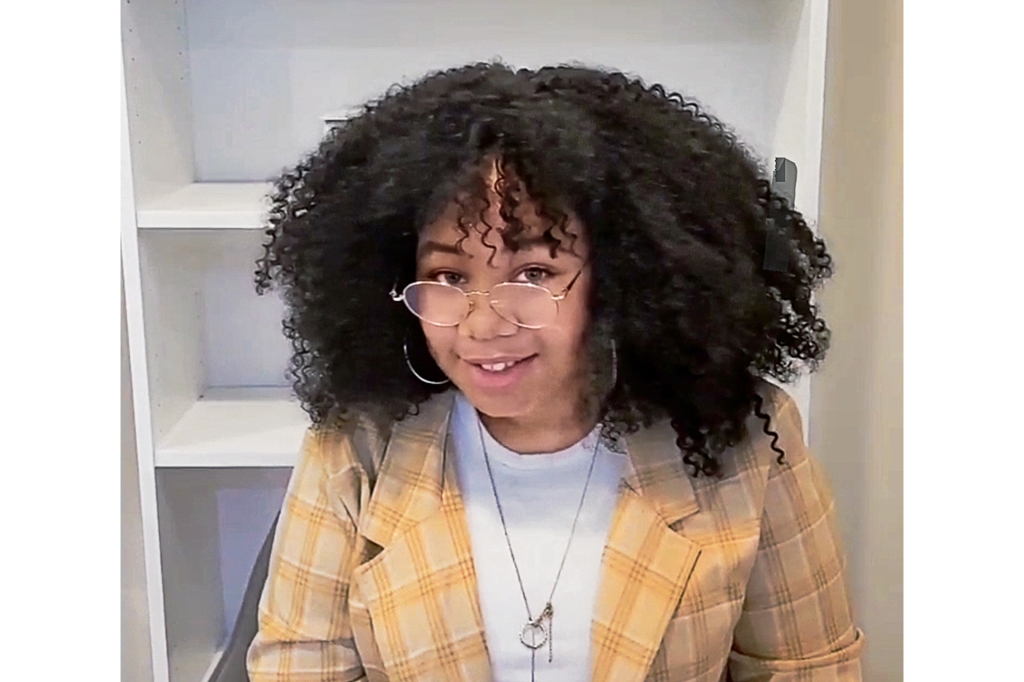 I started drawing at 4. When I was 9, my parents got me a smartphone to make digital art. I made drawings of people with long necks, which I call Long Neckies. This past March, my uncle told my mom about NFTs. We watched YouTube to learn how to create and sell them. Soon, people were buying NFTs of my Long Neckies. I have made more than 960 ETH. (That’s digital currency worth about $3.4 million.) Being part of the NFT community is amazing! —Nyla Hayes, as told to TFK