NASA engineers are designing spacesuits for exploring Mars and beyond.

Years of being a NASA engineer have led Lindsay Aitchison to a surprising place: spending a lot of time thinking about dust. How to keep it out of the many folds of a spacesuit, where it can limit movement. How to prevent it from creeping into an astronaut’s oxygen system, where it can start a fire. “So many issues come back to dust!” Aitchison told TFK. 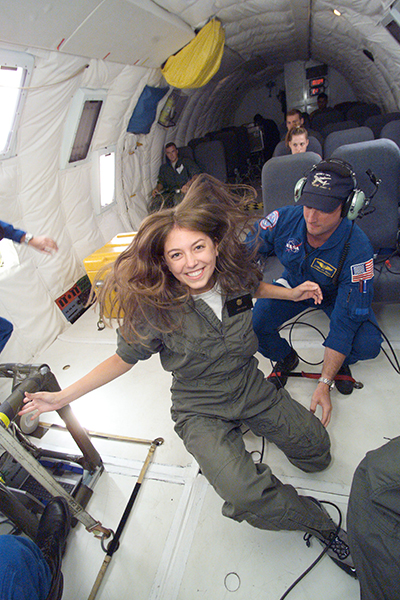 Aitchison works on NASA’s Advanced Spacesuit Project. She and her team are developing suits for space exploration. Dust is just one of many challenges they face as they create suits astronauts can wear on the surface of the moon, asteroids, and eventually Mars.

NASA plans to send astronauts to the Red Planet in the 2030s. Before then, engineers must come up with a spacesuit that will allow those astronauts to live in space in ways no one has done before.

In the past, when astronauts spent time on the surface of the moon, they were outside their craft for only a few hours at a time. Mars will be different. “We’re talking about stays of up to 500 days,” Aitchison says. Spacesuits for such missions need to be sturdy and easy to repair. One solution is to design modular suits, so individual pieces can be swapped out easily. 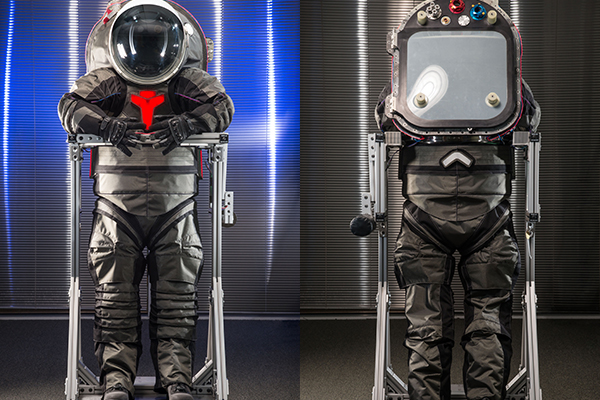 Another reason for the modular design? NASA employs an increasingly diverse group of explorers. Half of its 2013 class of astronauts are women—a first for the space agency. The new suits allow for more size-and-shape customization than older models. This will meet the needs of different body types.

The Z-2 is NASA’s newest spacesuit, designed for exploring planets. It is more lightweight and flexible than previous suits. Unlike the International Space Station (ISS), Mars has gravity. The suits astronauts wear on the ISS weigh about 330 pounds. On Mars, astronauts will need to work without lugging around excess weight. The design team’s goal is to get the Z-2 suit down to 250 pounds.

A Universe of Inspiration

Aitchison’s background and education are in engineering. But to dream up innovative solutions for new types of spacesuits, she and her team look for inspiration outside their fields. “We pick up everything from computer-gaming magazines to fashion magazines,” she says. 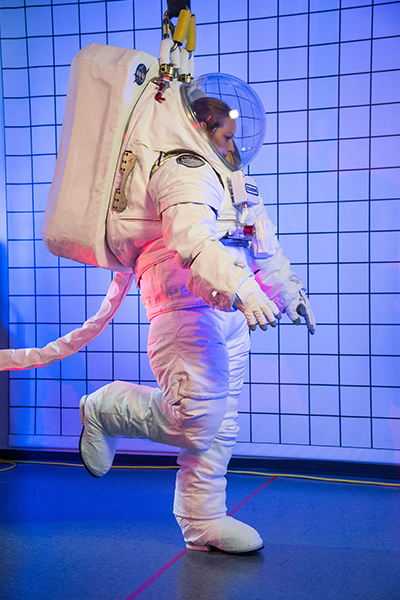 A Mars explorer must be able to bend his or her knees.

Aitchison and the team also use motion-capture technology—similar to what movie studios use—to study human movement. They have even been inspired by TV infomercials. Almost no idea is too wacky to try.

Being open to new, sometimes offbeat ideas helps Aitchison and her team in their ultimate goal: building for a new age of space exploration. She’s confident in her team’s ability to meet the challenges ahead, including the great goal of journeying to Mars. “We will definitely have spacesuits ready to do that job when they’re ready to launch,” she says.