Want a bone-chilling Halloween read? Grab a flashlight and curl up with Olive and the Backstage Ghost, by MICHELLE SCHUSTERMAN . The creepy tale gives new meaning to the term stage fright. The main character, Olive Preiss, can’t perform when her overly critical mother is watching her. After Olive freezes during a theater-camp audition, she flees in despair. Then she discovers a beautiful theater and lands a starring role in a new show. But things don’t seem quite right. Are the theater’s bright lights hiding dark secrets?

“When I write in terms of horror, I like to make the story seem innocent at the beginning,” Schusterman told TFK Kid Reporter Cameron Joyner. “Slowly, as you get deeper into the book, the plot gets darker,” she says.

Schusterman holds workshops in New York City to help young writers create their own stories. She advises all writers to stick to a routine. “Try to write every day,” she says, “even when you’re not in the mood.” 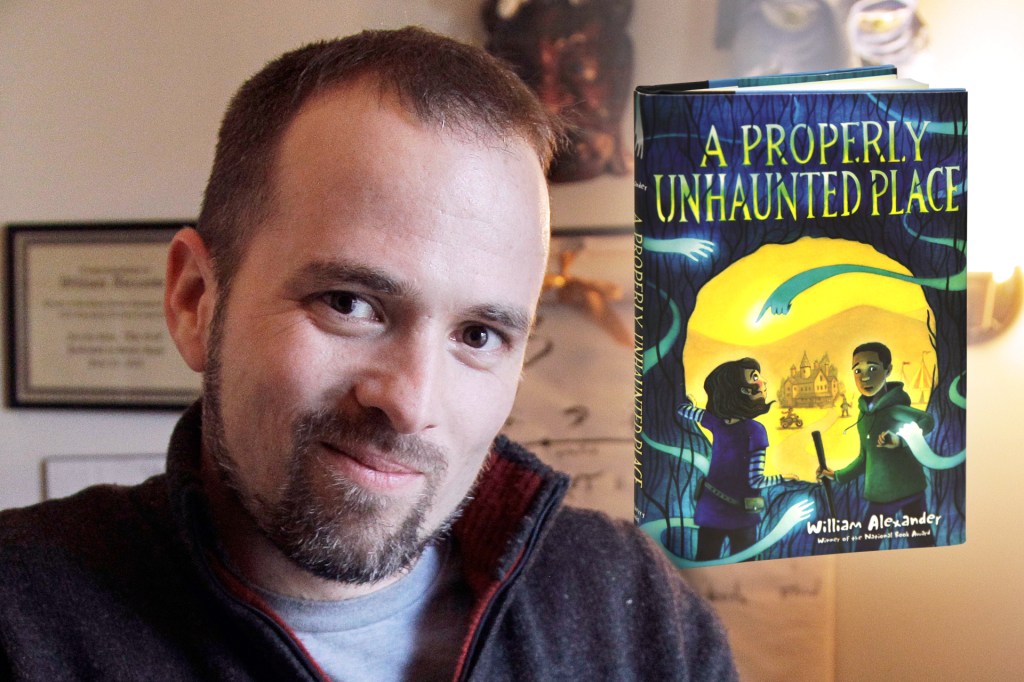 Author WILLIAM ALEXANDER loves reading ghost stories. He won the National Book Award for his first novel, Goblin Secrets. His new one, A Properly Unhaunted Place, tells another spooky tale. But it’s also about friendship, courage, and history. In the story,…