Ruth Bader Ginsburg died on Friday, September 18, in Washington, D.C. She was 87. Ginsburg had served as a United States Supreme Court justice since 1993. As the second woman to sit on the nation’s top court, she fought fiercely for women’s rights, for herself and others.

Memorials were held around the country. People brought flowers and lit candles. They carried signs quoting her. “Women belong in all places where decisions are being made,” read some. “Fight for the things you care about, but do it in a way that will lead others to join you,” read others. 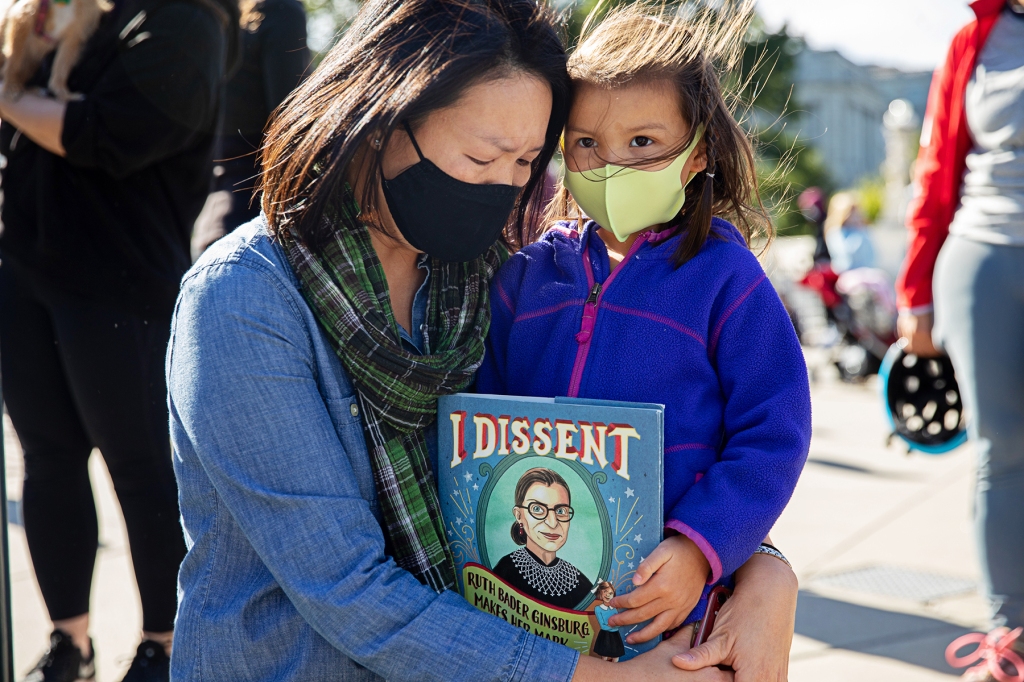 AN INSPIRATION A mother and daughter bring a picture book about Ginsburg to a memorial in Washington, D.C., on September 19.

After two days at the Supreme Court Building, Ginsburg was to lie in state state 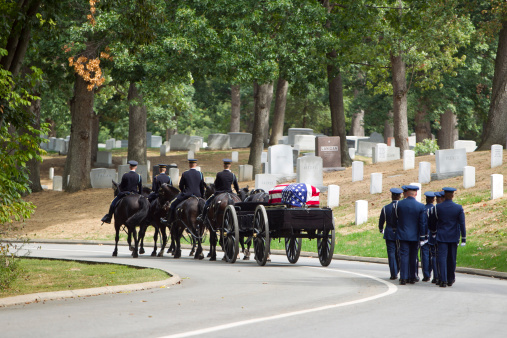 JEFF GREENOUGH—GETTY IMAGES a style appropriate for a person of high rank (noun) The military general was buried in state. at the U.S. Capitol on September 25. She’s the first woman in American history to receive this honor.

Ginsburg faced gender discrimination as she worked her way toward the Supreme Court. This led her to support issues such as equal pay and opportunities for all. In doing so, she became a role model and cultural icon. 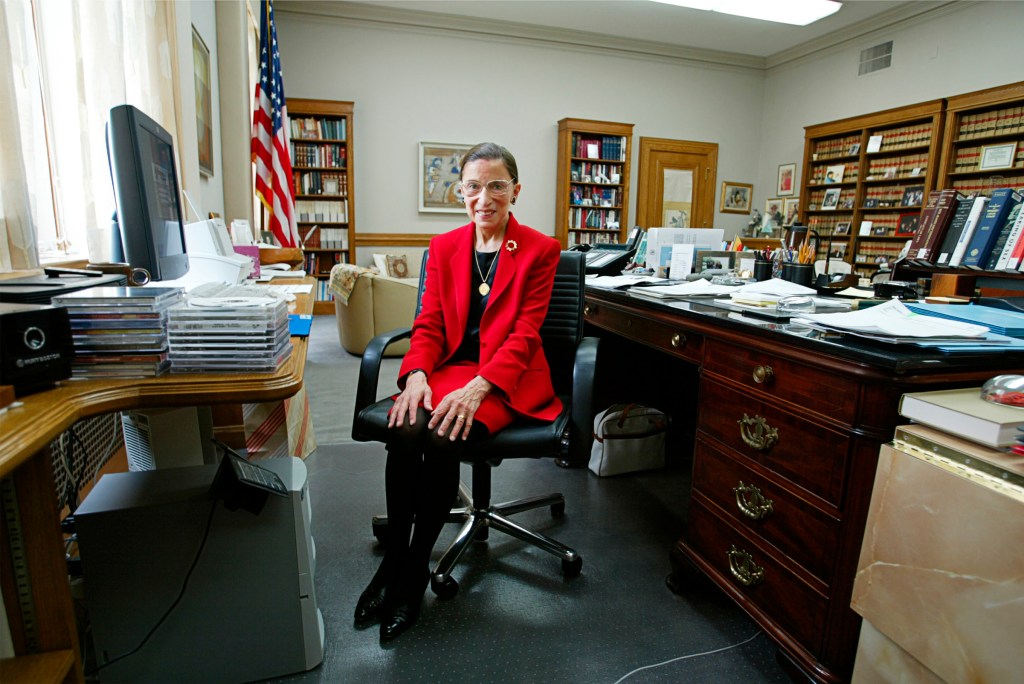 JUSTICE'S CHAMBERS Ginsburg sits in her office, or chambers, at the U.S. Supreme Court, in Washington, D.C., in 2002.

Journey to the Court

Joan Ruth Bader was born in 1933 in Brooklyn, New York. As a young girl, she loved books. One day, reading while walking, she fell and broke her nose.

Ruth graduated from high school and went to Cornell University, in New York. There, she met Martin Ginsburg. They married in 1954.

Ruth and Marty were accepted to Harvard Law School. But he was called for active military duty, so Ruth put her studies on hold. She took a job at the U.S. Social Security Administration. When her employer found out she was pregnant, Ruth was given a lesser role at lower pay.

In 1956, while Marty and Ruth were at Harvard, she was one of nine women in a class of more than 500. After Marty was diagnosed with cancer, Ruth went to class for both of them, typing up his notes and papers as well as her own. When Marty got a job in New York, Ruth gave up her last year at Harvard to go with him and finish her studies at Columbia Law School.

Ruth graduated from Columbia in 1959, tied for first in her class. But she was unable to get a job at a leading law firm. And Supreme Court clerkships clerkship 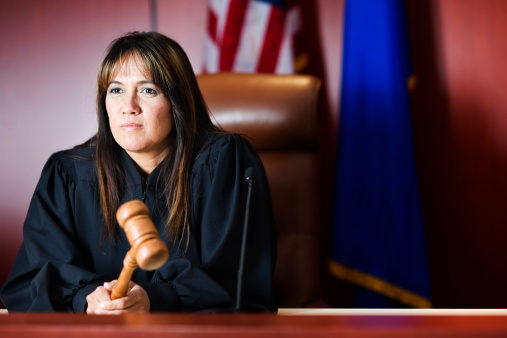 DARRENMOWER—GETTY IMAGES a job that gives a person a chance to work with and learn from a judge (noun) After finishing law school, Harry applied for a clerkship with a judge. went to men, not women. 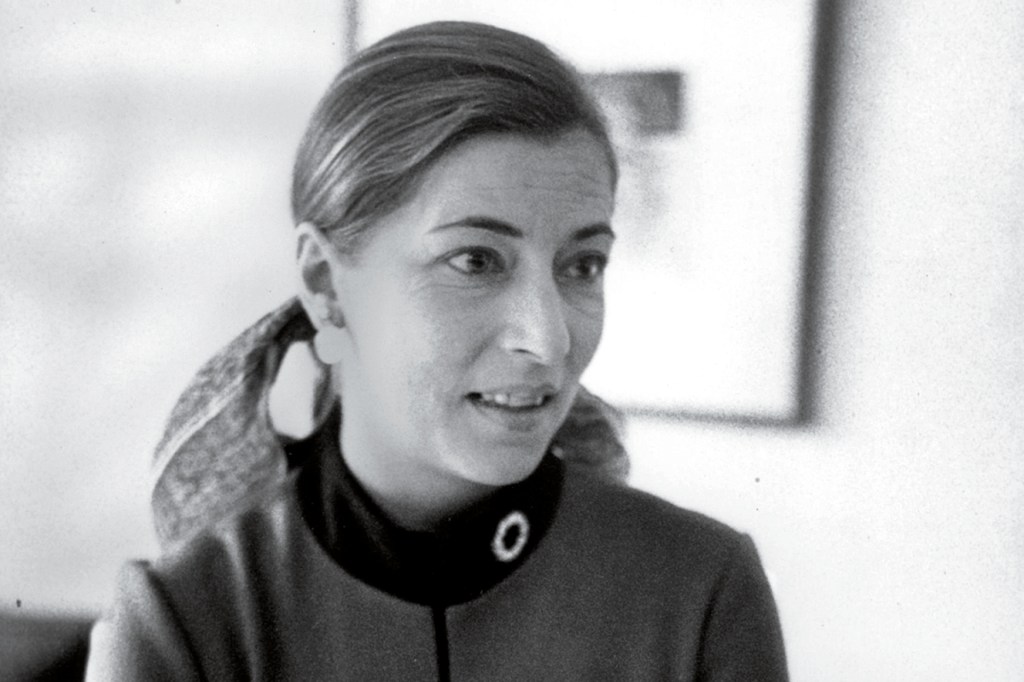 PROFESSOR GINSBURG Ginsburg is photographed at Columbia University, in New York City, in 1972.

Ruth didn’t get angry. She got even. She taught at Rutgers Law School, in New Jersey, from 1963 to 1972, and pushed for equal pay for women there. In 1972, she began teaching at Columbia. She helped start the Women’s Rights Project at the American Civil Liberties Union. And in 1980, she joined the U.S. Court of Appeals.

President Bill Clinton appointed Ginsburg to the Supreme Court in 1993. She was sworn in on August 10 of that year, with her husband by her side. She had already established herself as an important voice for gender equality. She ruled on a number of landmark landmark 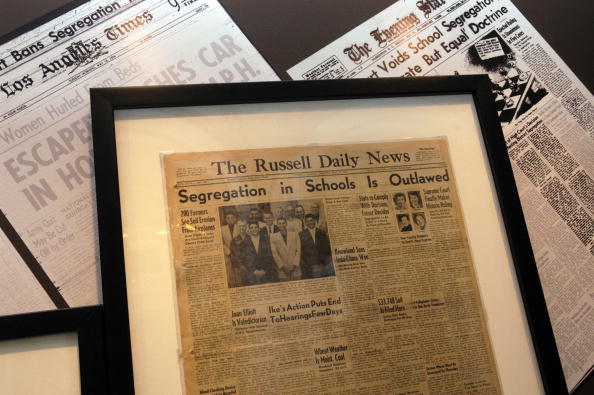 CHRIS MADDALONI/CONTRIBUTOR —GETTY IMAGES historic (adjective) Brown v. Board of Education was a landmark lawsuit that made segregation illegal in schools. cases in her career. 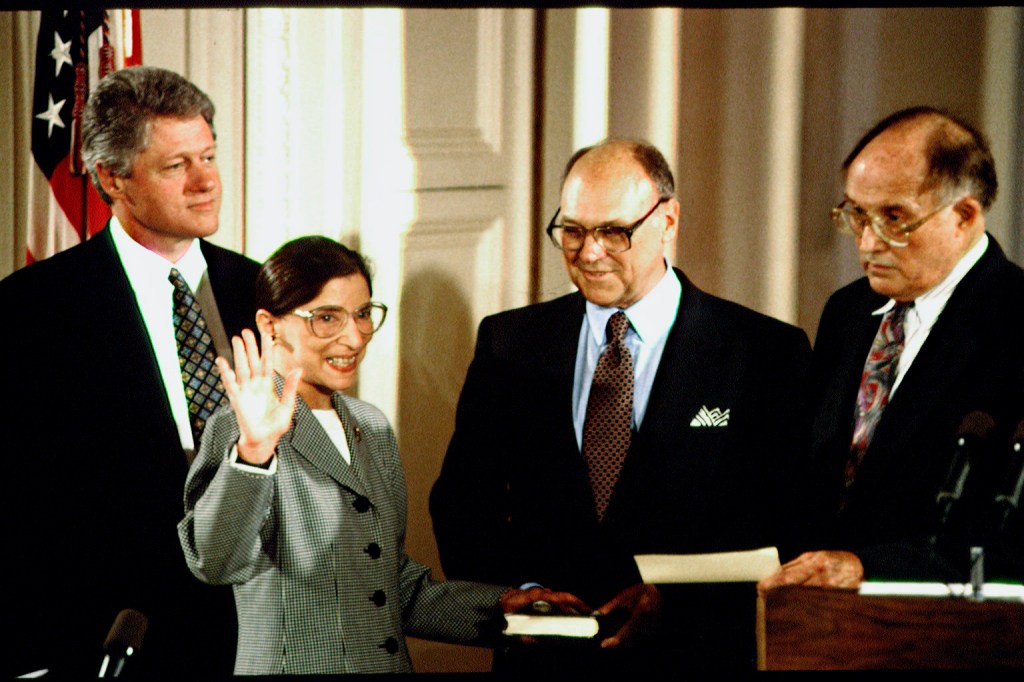 BIG DAY In 1993, Ginsburg is sworn in, with President Clinton (left), her husband, Marty (center), and Chief Justice William Rehnquist.

A Supreme Court justice can write a dissenting opinion when he or she disagrees with the majority. Ginsburg did this often. In 2014, she explained why: “Justices continue to think and can change,” she said. “I am ever hopeful that if the court has a blind spot today, its eyes will be open tomorrow.”

On September 19, the Supreme Court released statements from the eight current justices who served with Ginsburg. Here are some of their words.

“We at the Supreme Court have lost a cherished colleague. Today we mourn, but with confidence that future generations will remember Ruth Bader Ginsburg as we knew her—a tireless and resolute champion of justice.” —Chief Justice John G. Roberts Jr.

“She was the essence of grace, civility, and dignity. She was a superb judge who gave her best and exacted the best from each of us, whether in agreement or disagreement.” —Justice Clarence Thomas

“My dear friend and colleague Ruth Bader Ginsburg was an American hero. She spent her life fighting for the equality of all people, and she was a pathbreaking champion of women’s rights.” —Justice Sonia Sotomayor

“Justice Ginsburg will go down as a leading figure in the history of the court. She will be remembered for her intelligence, learning, and remarkable fortitude. She has been and will continue to be an inspiration for many.” —Justice Samuel A. Alito 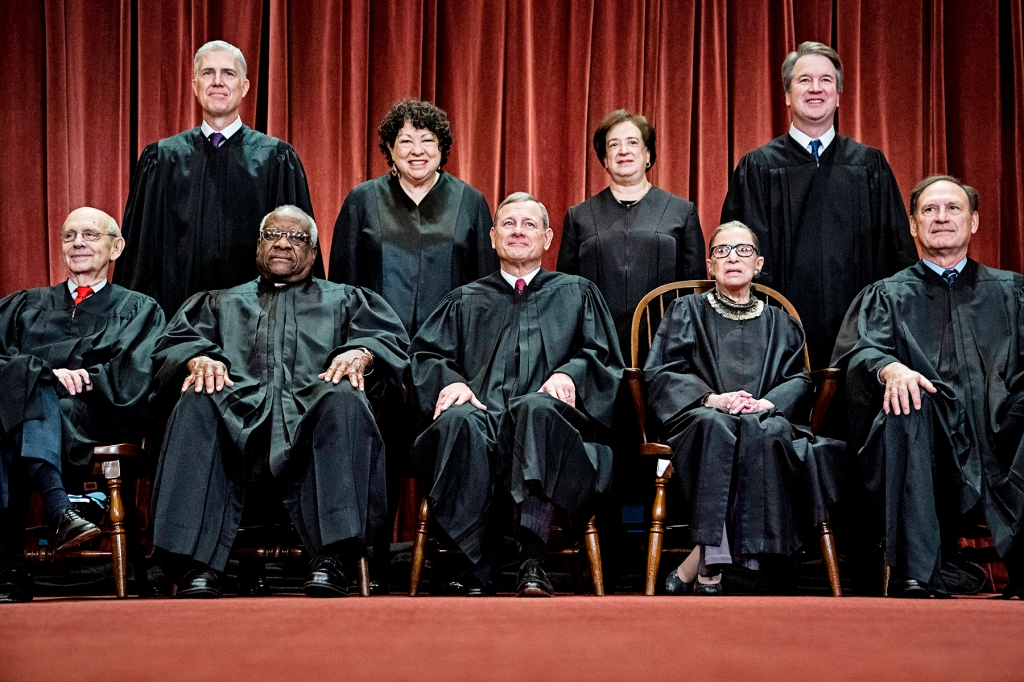 CLASS PICTURE The nine justices of the U.S. Supreme Court sit for a picture in November 2018. 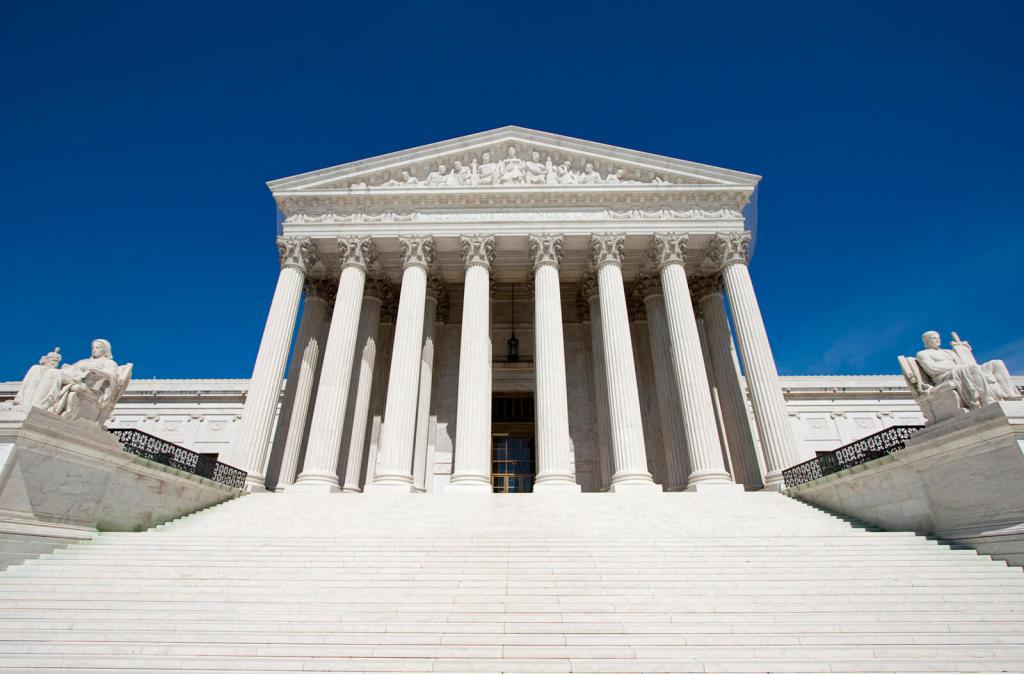