A crocodile in Uganda gently scoops her infants into her mouth. Behind her teeth, she holds the hatchlings and carries them to a river. But one of the babies in the croc’s jaws is not an ordinary hatchling. It’s a robot equipped with a hidden camera in one eye.

The hatchling is one of 34 lifelike creations designed to secretly record animal behavior for Spy in the Wild. The PBS Nature miniseries features a variety of spy creatures. They include an orangutan, a tortoise, and a cobra.

John Downer is the director of the series. He says these spy cameras take viewers deeper into the wild than ever before. But he believes the series is more than entertainment. It reveals that animals feel emotions similar to those of humans.

Downer hopes that giving viewers an up-close look at the animal world will encourage them to appreciate nature. “It’s all about feeling close to wildlife,” he told TFK. “[That] can motivate us to respect animals, and ultimately to take care of them.” 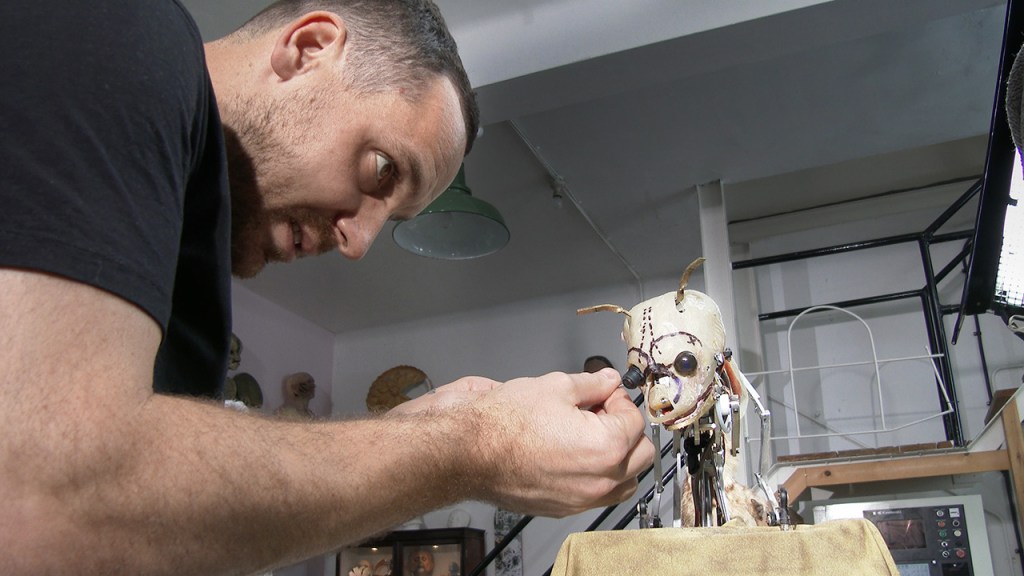 SPIES LIKE US Robotics expert John Nolan installs a camera into an animatronic spy dog.

Downer worked with scientists and engineers to create the robots. Each beast was built to make realistic movements. This allows the creatures to more easily spy on the animal world. For instance, Downer’s team built a wild-dog spy. It takes a respectful bow when meeting its peers. That puts other animals at ease.

According to producer Rob Pilley, the spy cameras have captured surprising animal behaviors. “We see the animals doing things that scientists have never seen before,” he says.

In a filming first, a spy creature caught a chimpanzee caring for an abandoned kitten. Downer’s team has shared such footage with biologists. The goal is to “promote scientific research,” he says.

Cullen Hanks is a biologist at Cornell University. He applauds Spy in the Wild. “[It’s] exposing people to wildlife and helping them connect with nature,” he says. “That appreciation is critical to building support for conservation.”