Earth Day is April 22. On this day, people around the world focus on environmental issues. But you don’t have to wait for Earth Day to take action. You can improve our planet every day of the year. TIME for Kids spoke with young people who are working to do that. Read their stories, and let them inspire you.

Isabel (above, left) and Melati Wijsen were 10 and 12 when they learned about Nelson Mandela and Martin Luther King Jr. These change-makers inspired the sisters to think about how they could make a difference in the world. They decided to focus on the plastic pollution affecting Bali, Indonesia, where they live. “Growing up on the island of Bali, we already had a strong connection to the environment,” Melati told TFK.

Melati and Isabel created Bye Bye Plastic Bags in 2013. The group’s initial goal was to have single-use plastic shopping bags banned across Bali. It succeeded: Bali’s governor introduced a law banning the bags beginning in 2019.

Now the group has 25 locations worldwide. It raises awareness of plastic’s impact on the environment. Melati hopes more kids will be inspired to speak up. “You have a voice, so use it,” she says. 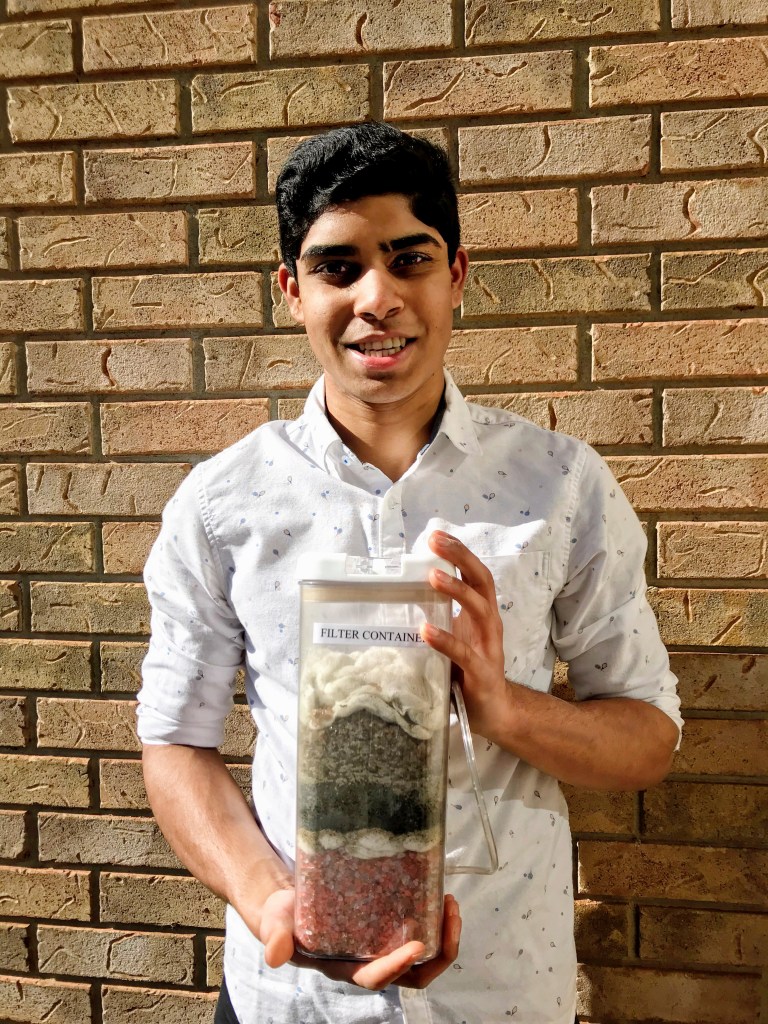 When he was 12, Marcus Deans saw a photograph of a child in Africa drinking dirty water. “I was shocked that this still happens in the world,” Marcus told TFK. Since then, he has been working on a filter that rids water of contaminants, such as bacteria, so people can safely drink it. He called the filter NOGOS. Unlike expensive filters, a NOGOS filter costs just $2 to make. It’s composed of sugar, sand, and seashells.

Now 17, Marcus is in his final year of high school, in Ontario, Canada. He’s still hard at work perfecting NOGOS, and he plans to have it manufactured and sent to communities that need it. Getting to this point has not been easy. “There were moments when I wanted to give up and walk away from this project,” Marcus says. “But what kept me going is that I wanted to find a solution for people who need clean water.” 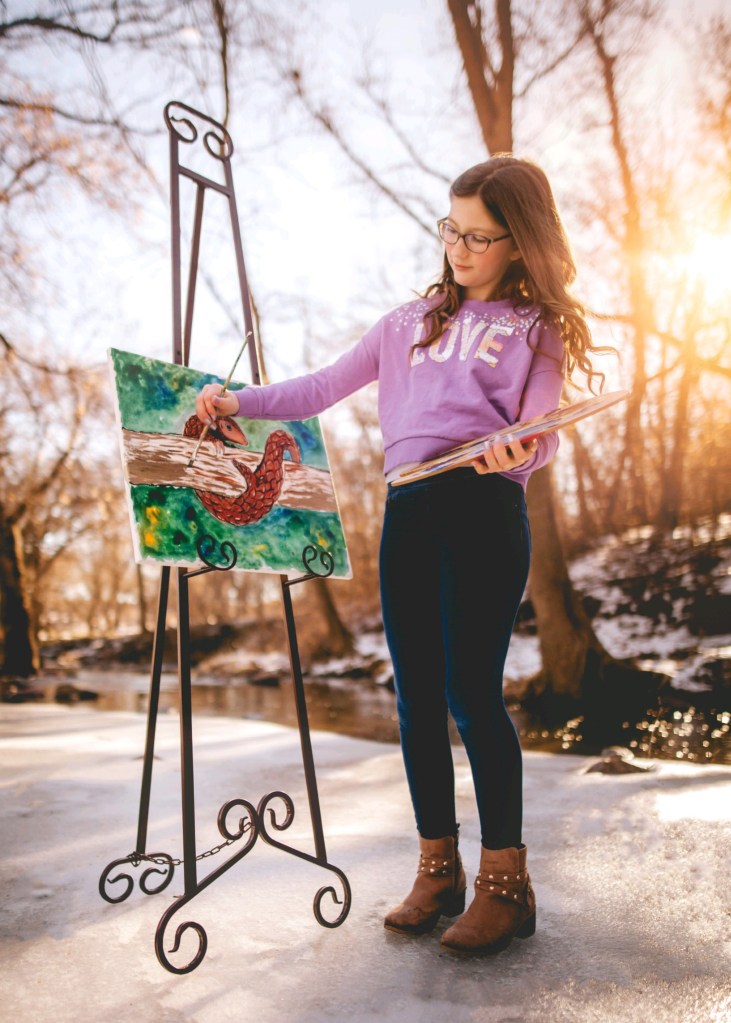 Bria Neff, a 12-year-old from Sioux Falls, South Dakota, is on a mission to help endangered species. The mission began four years ago, when she was 8. That’s when Bria started painting portraits of animals. She founded a campaign, Faces of the Endangered, as a way to sell her paintings. She donates the money she raises to organizations that care for threatened species and ecosystems. So far, Bria has painted more than 250 pictures and donated $36,000.

Bria has also designed two coloring books that feature animals. The books are sold at the Great Plains Zoo, in her hometown. Money from the sale of these books helps fund the protection of endangered species represented at the zoo.

What’s Bria’s message for kids who want to make a difference? “No matter how old you are, you can change the world,” she says. “No idea is too small.” 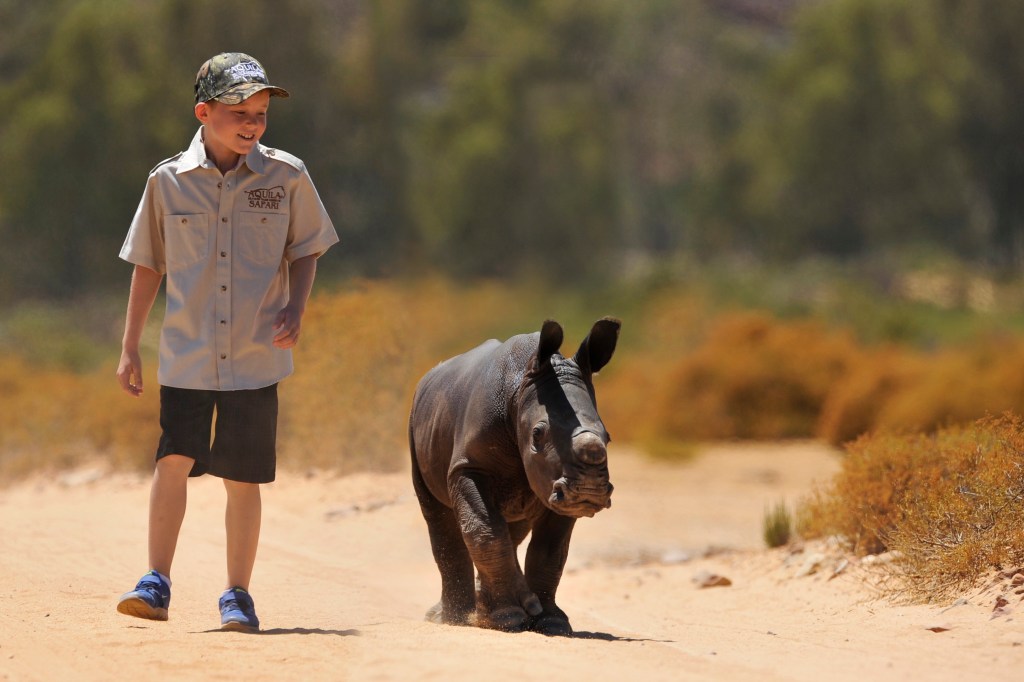 Twelve-year-old Hunter Mitchell, from South Africa, was 8 when he heard about a young rhinoceros that had been abandoned by its mother. All alone, the animal was in danger. Hunter wanted to help. He started a campaign that has raised nearly twenty thousand dollars. Hunter used the money to buy food for the rhino and create an enclosure where it could live in safety.

Rhinos are native to South Africa, but poaching has severely reduced their numbers. Hunter travels around the country to raise awareness about the animals. He speaks to students and collects money for his fund, Raise the Baby Rhino with Hunter. “Kids need to believe in their ability to make change,” he told to TFK. He plans to continue his efforts. “My dream of saving just one rhino,” Hunter says, “has turned into a goal of saving all of our rhinos.”