From the Editors of Sports Illustrated Kids

On February 9, the 23rd Winter Olympic Games will kick off in PyeongChang, South Korea. Nearly 3,000 dream-chasing athletes from more than 80 countries will compete. The sporting events will span an action-packed 16 days. Then the Paralympic Games will begin on March 9. Read on to learn about a few members of Team U.S.A. 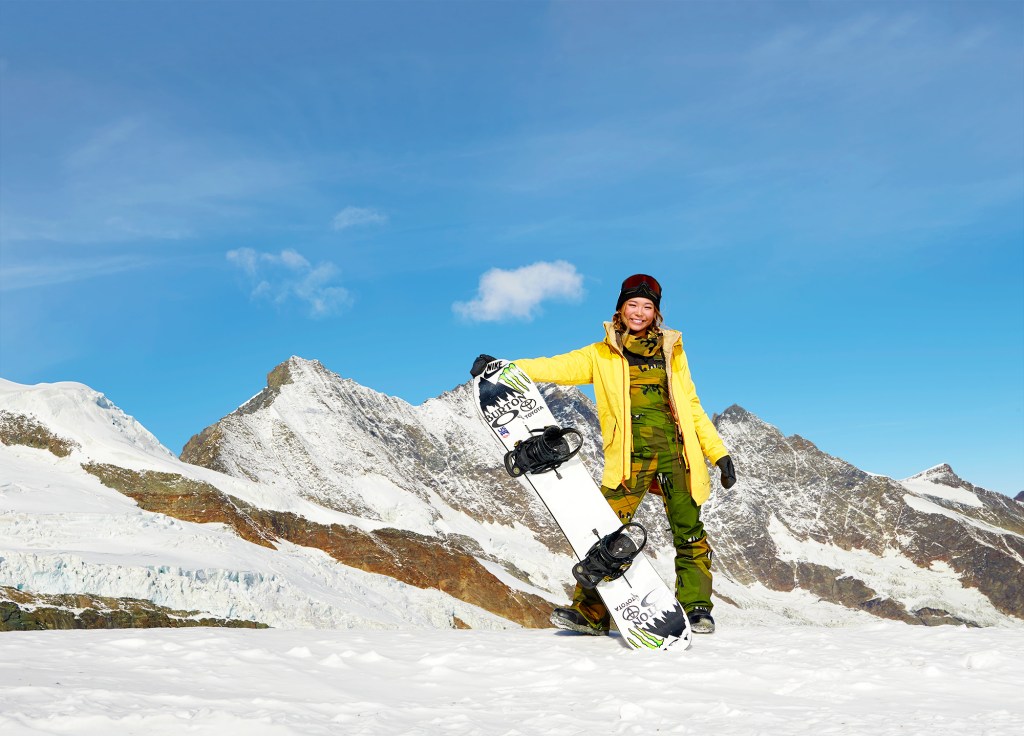 VIEW FROM THE TOP At just 17 years old, Chloe Kim is considered a gold-medal favorite for women’s halfpipe.

There is nothing average about Chloe Kim. The 17-year-old California native has won three X Games gold medals, three World Snowboard Tour titles, the U.S. Snowboarding Grand Prix, and two Youth Olympic Games golds. She was a finalist for the Sports Illustrated Kids SportsKid of the Year award in 2014.

Chloe travels all over the world, seeing places like Saas-Fee, in the Swiss Alps, where a dreary day suddenly turned crystal clear as she rode the ski lift through the clouds to the top of a mountain. She’s been profiled profile 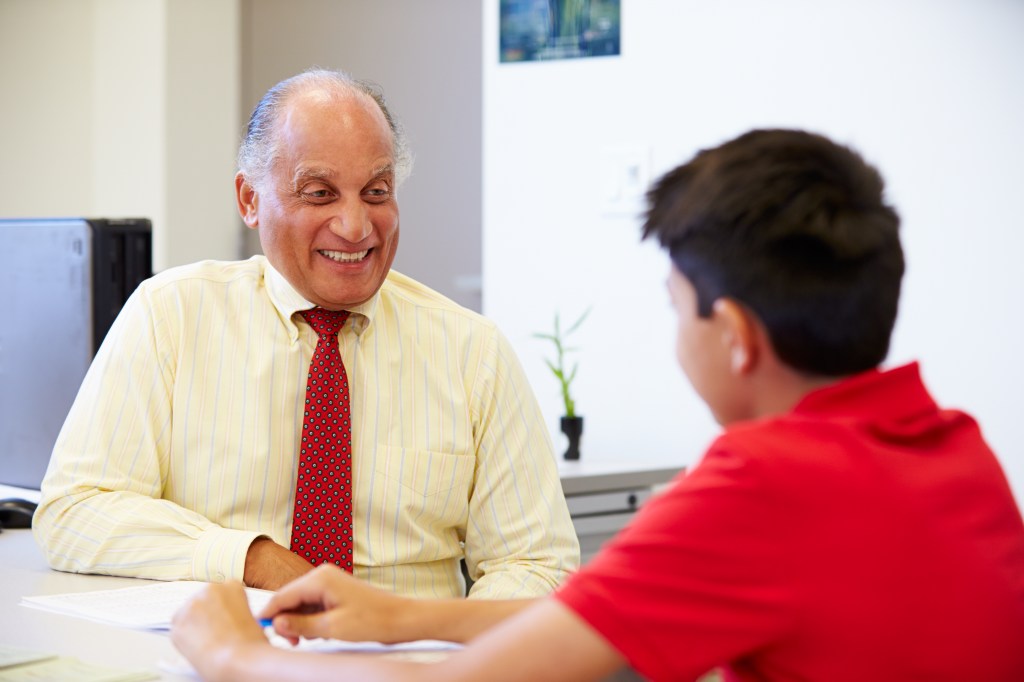 MONKEYBUSINESSIMAGES/GETTY IMAGES to create a brief biography of someone (verb) For my first article in the school newspaper, I profiled the principal. by Vogue and Seventeen magazines. She has walked the red carpet at the Teen Choice Awards.

Even when she does the things an average teen does, like homework, she finds a way to make them interesting. “The weirdest place I’ve done school[work] is probably next to a bathroom at the airport,” Chloe says. “That was the only place I could find an open power outlet. It was kind of gross, but you gotta do what you gotta do.”

Chloe was too young to make the 2014 Winter Olympic team. But she is hoping to turn in a far-from-average performance in her Games debut debut 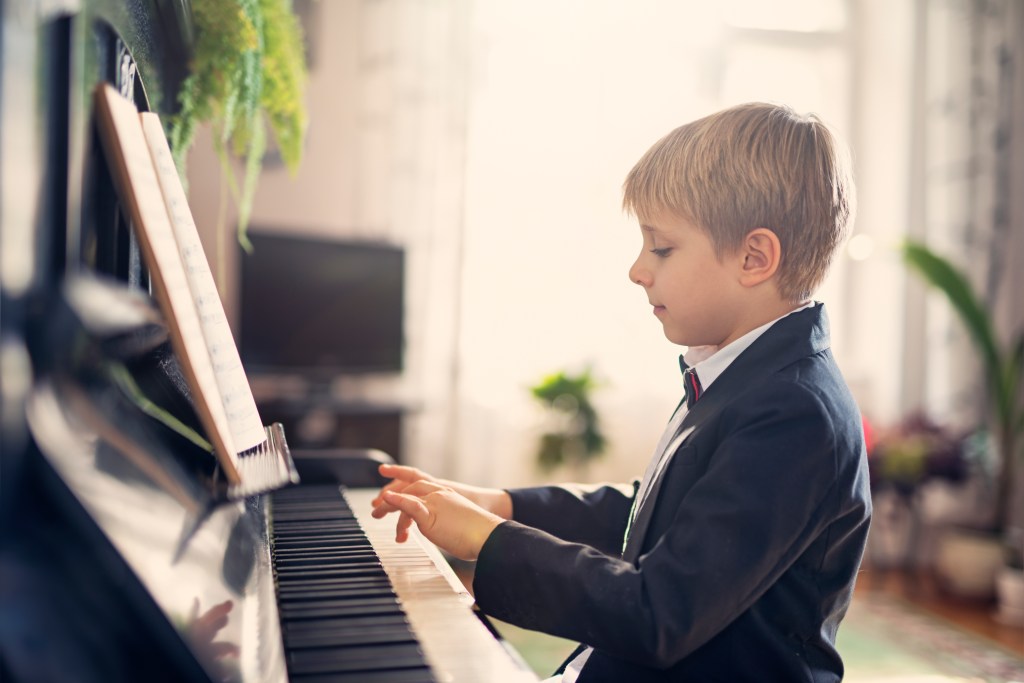 IMGORTHAND/GETTY IMAGES a first public appearance (noun) At my recital last week, I made my debut as a pianist. this year. “She’s in a really good space mentally and physically,” says Rick Bower, the U.S. Snowboard Team’s head halfpipe coach. He has known Chloe since 2012. “She works at the stuff that is difficult for her, not the fun stuff always. She just has a really good work ethic ethic 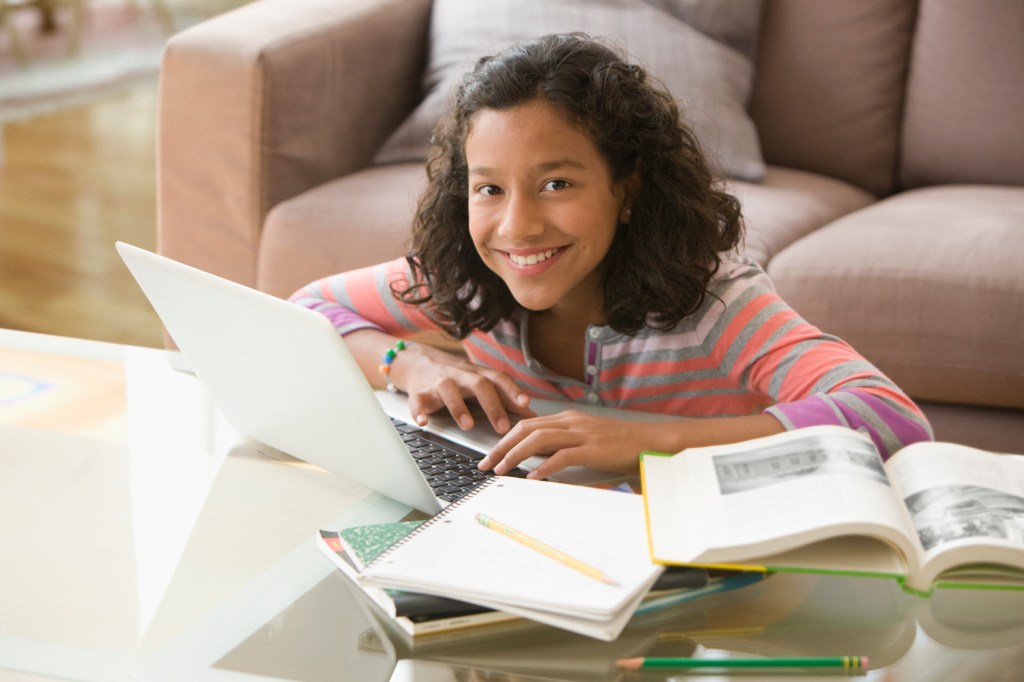 BLEND IMAGES-KIDSTOCK/GETTY IMAGES a belief that something is important (noun) Keara always does her homework as soon as she gets home from school, because she has a strong work ethic. .” 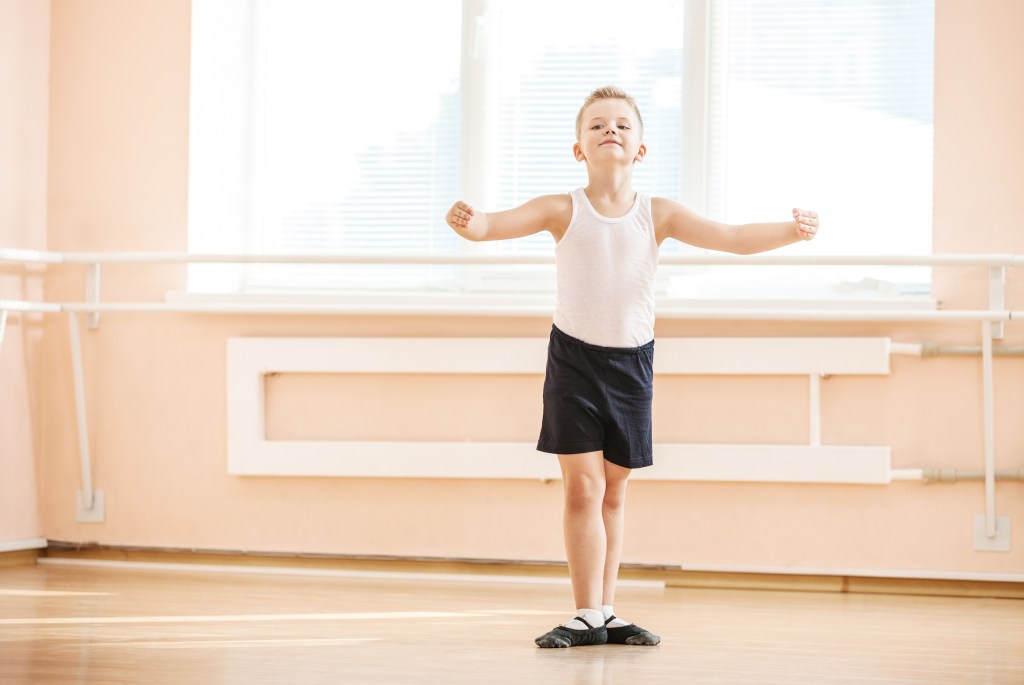 PHOTOBAC/GETTY IMAGES a turn of the body in one complete circle (noun) After taking ballet lessons for many years, I can make two revolutions while standing on one foot. in midair) in a halfpipe competition. She was only 15 years old at the 2016 U.S. Snowboarding Grand Prix, in Park City, Utah. There, she scored a perfect 100, bouncing back from a rough morning practice that left her feeling frustrated.

“It was amazing, groundbreaking,” Bower says, pointing out that Chloe is still the only female athlete who can do the back-to-back 1080s. “She is a very brave young woman. She doesn’t get rattled by a lot of things that a lot of people do. I think she has her training and her work ethic to help boost her confidence.”

Chloe’s parents were both born in South Korea, where this year’s Olympics will be held. She visited PyeongChang a year ago as a sports envoy from the U.S. Department of State. “It’s an awesome venue,” she recalls. “The people there were so excited, and we were so excited just to be there and meet all our fans. I don’t think anyone really expected that many people [in Korea] to be such big fans of snowboarding.”

Chloe will take all the support she can get during the Games. Even superstars like her get anxious once in a while. “I’m pretty envious of my 13-year-old self because I was not nervous at all,” she says. “At that age, you don’t realize all the pressure that comes with [competing]. You’re kind of like, ‘Whatever, I’m just going to do what I normally do,’ but now it’s so much harder to think that way. I’m very fortunate to have other people on my team who have been to the Olympics multiple times, so I always feel like I have an outlet for questions. At the end of the day I just need to do it.” 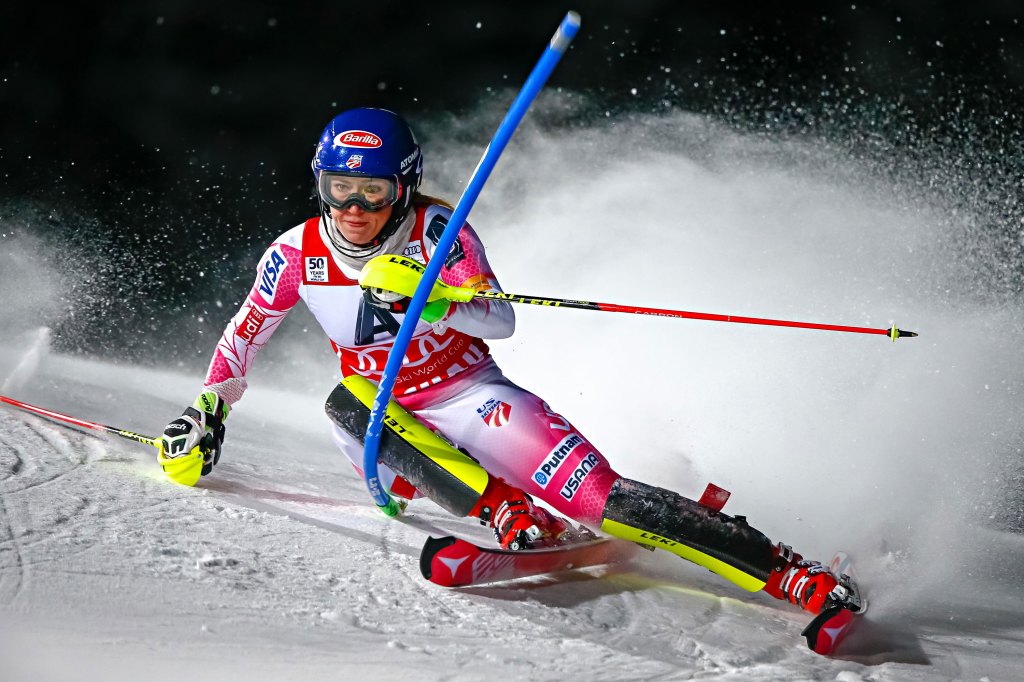 Alpine skiers race against the clock in a variety of events. Downhill is simple: Go straight to the bottom of the hill as fast as you can. In the slalom slalom 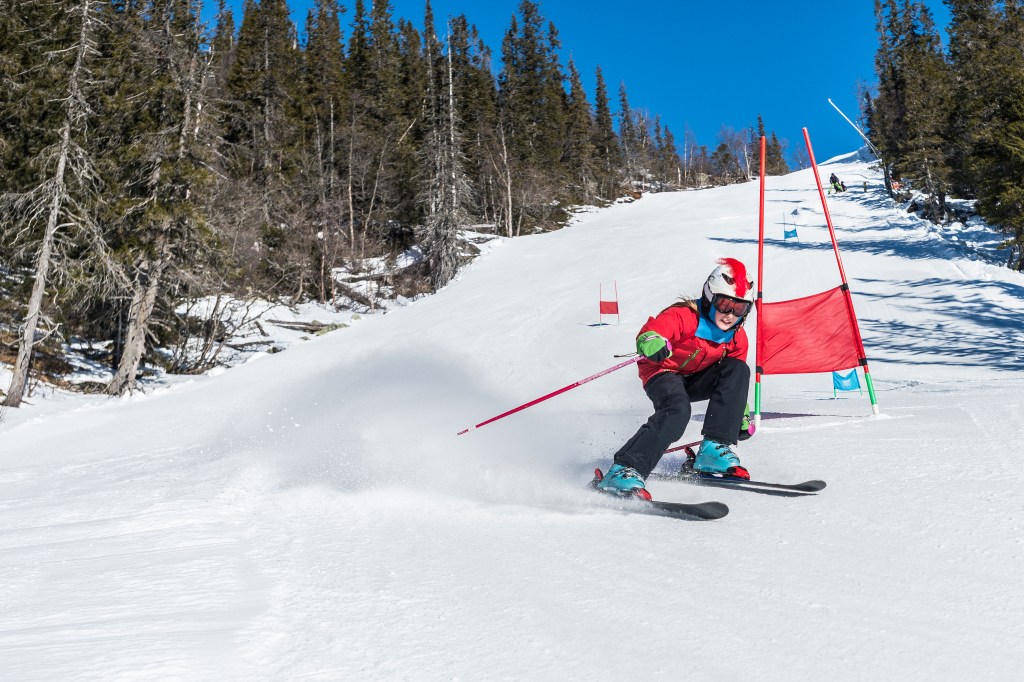 JOHNER IMAGES a timed race on a zigzagging course (noun) Janice is good at changing directions quickly while skiing, which is why she often wins at the slalom. , skiers have to turn quickly to make it through a maze of gates. In the giant slalom, the gates are farther apart, allowing for more speed. And there’s even more space in the super G. Shiffrin is the best slalom skier in the world. She won a gold medal four years ago at the age of 18, and she has been the world champion in the discipline three times. But Shiffrin has shown that she can go fast, too. She recently began competing in the downhill and super G. Her first World Cup downhill win (in early December) came in just her fourth race. “I wasn’t planning to win,” Shiffrin said. “But I felt pretty comfortable.” 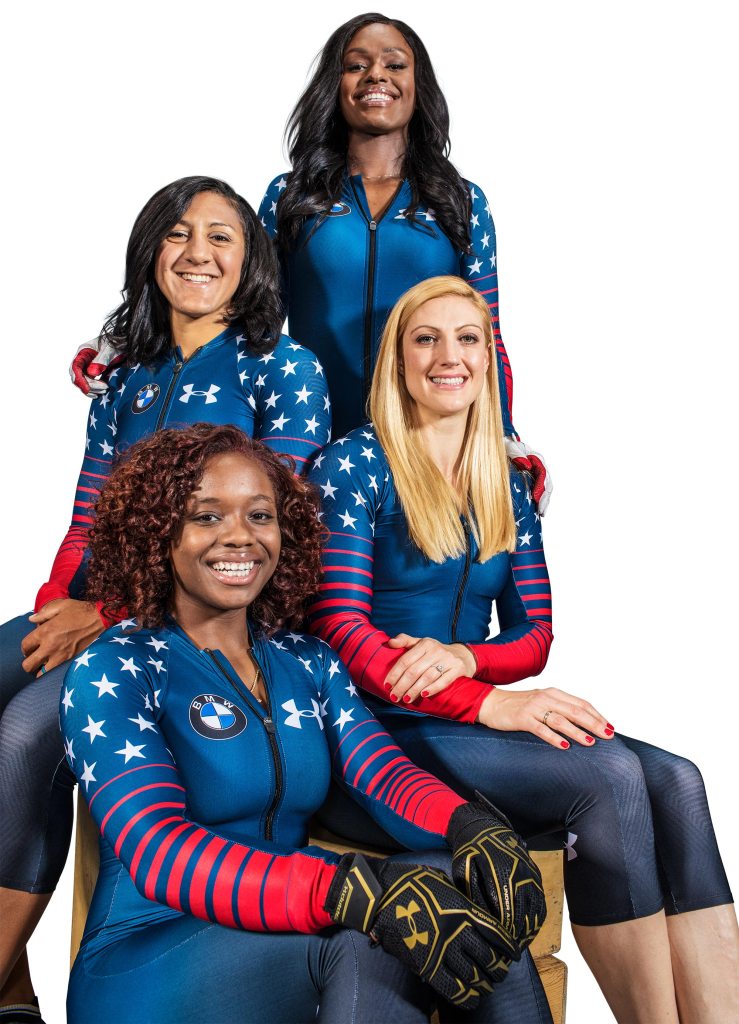 Steering a bobsled on the track is important, but so is getting a good start. The competitors push their sled for up to 50 meters before jumping on. That means the ideal bobsledder is strong and fast. Evans was on the University of Illinois track team. She only took up bobsled at the suggestion of an Illinois coach. “I was a sprinter and a shot put thrower,” Evans says. “That power, that strength, and that explosiveness I have in both sprints and shot put allowed me to be the bobsledder that I am today.” Evans and Greubel Poser won a bronze medal at the 2017 world championships. Meyers Taylor and Jones took gold. 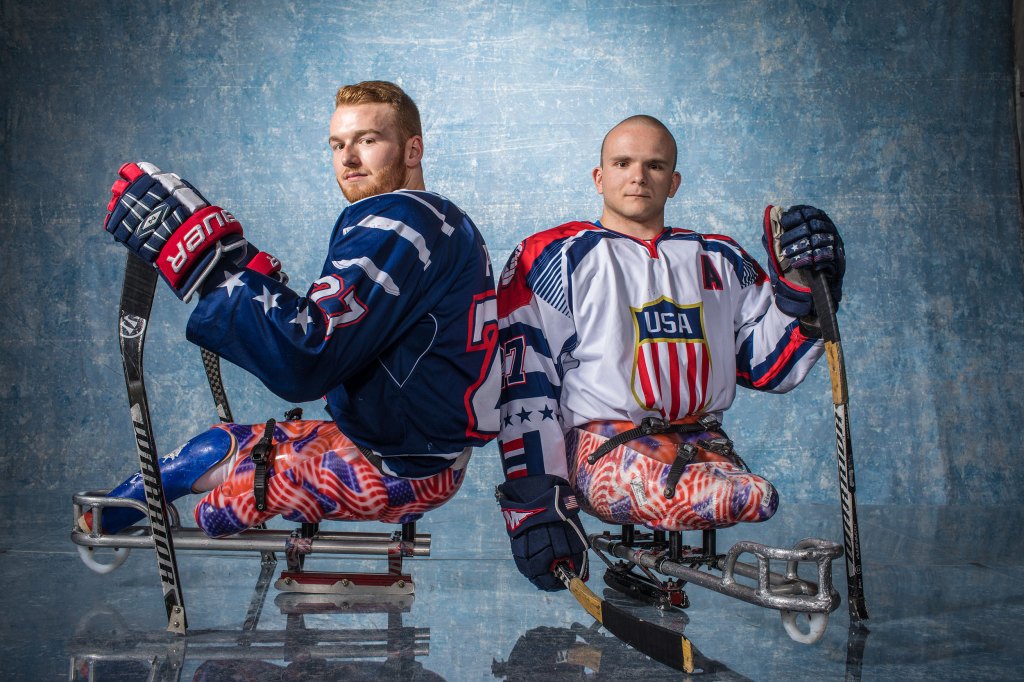 Two weeks after the Olympics conclude, the Paralympics will begin in PyeongChang. More than 500 athletes will compete in sports including skiing, snowboarding, and sled hockey, in which players sit on a sled atop two hockey-skate blades. Farmer, who was born without legs, and Pauls, whose legs were amputated when he was 10 months old, helped lead the U.S. to gold in 2014. Their secret? Hard work, of course. But they also take the time to have some fun. Before every game, Pauls faces a Mr. Potato Head doll toward the opposing team’s locker room. His teammates now call him Spud. 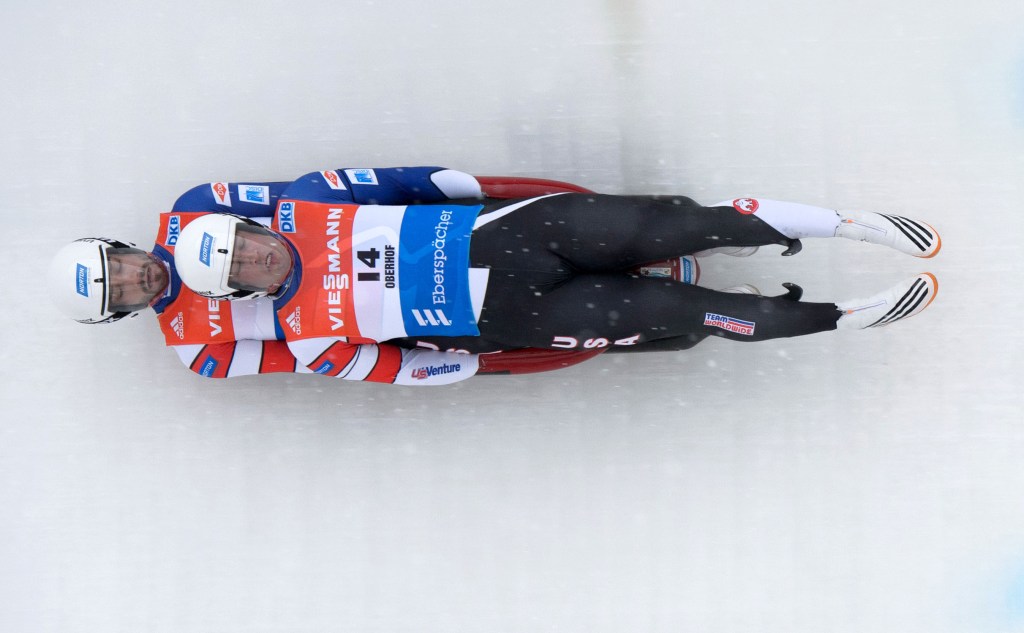 To steer while going down a track at nearly 90 miles per hour, a luger uses his or her feet to maneuver maneuver 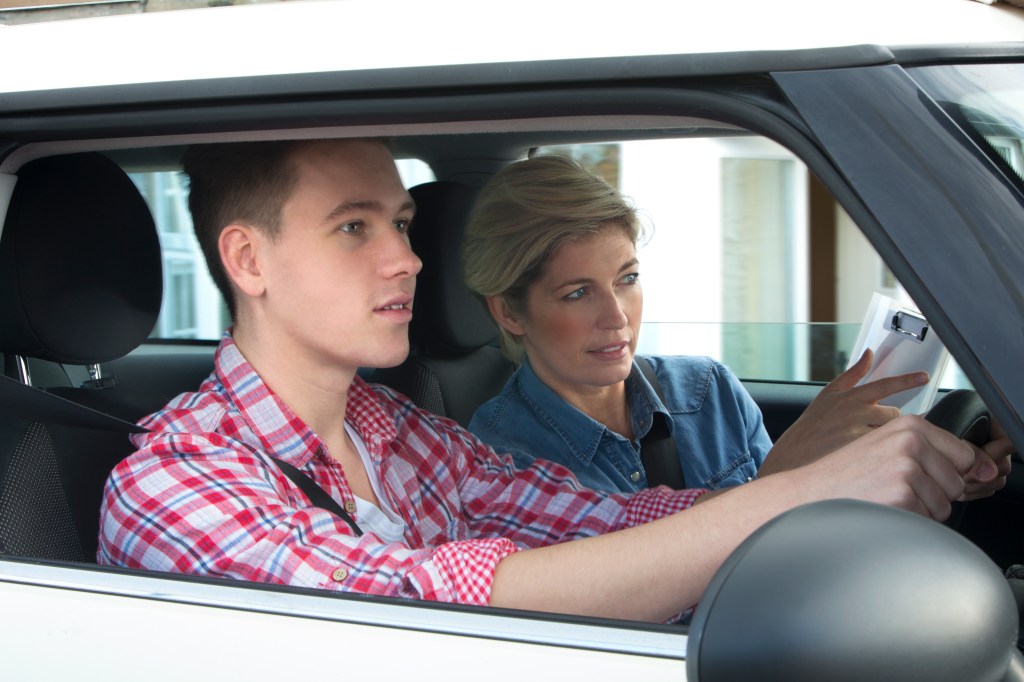 SOLSTOCK/GETTY IMAGES to move something skillfully; to steer (verb) To pass his driver's test, Kesete had to learn how to maneuver his car into a parking spot. the sled’s runners. That’s tricky enough when there’s just one person on the luge. In doubles, the person doing most of the steering is lying underneath another person, which makes it almost impossible to see. The key is communication. The luger on top gives his or her teammate subtle directions using head motions. It takes time to perfect. But Mortensen (who rides on top) and Terdiman have improved significantly since pairing up in 2014.