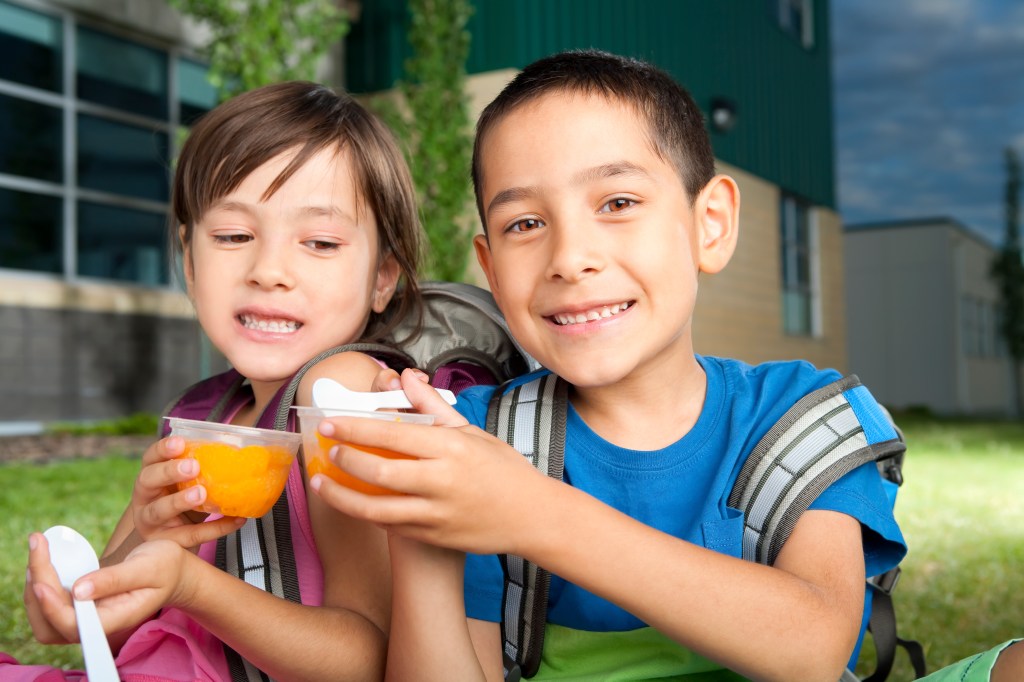 CHRISTOPHER BERNARD—E+/GETTY IMAGES not able to be predicted (adjective) The school snack choice is always unpredictable. for astronauts living and working on the International Space Station (ISS). There is no gravity. Parts of the station might stop working at any time. Space objects come flying at the station out of nowhere.

To be ready for all possibilities in space, astronauts go through a tough training regimen regimen 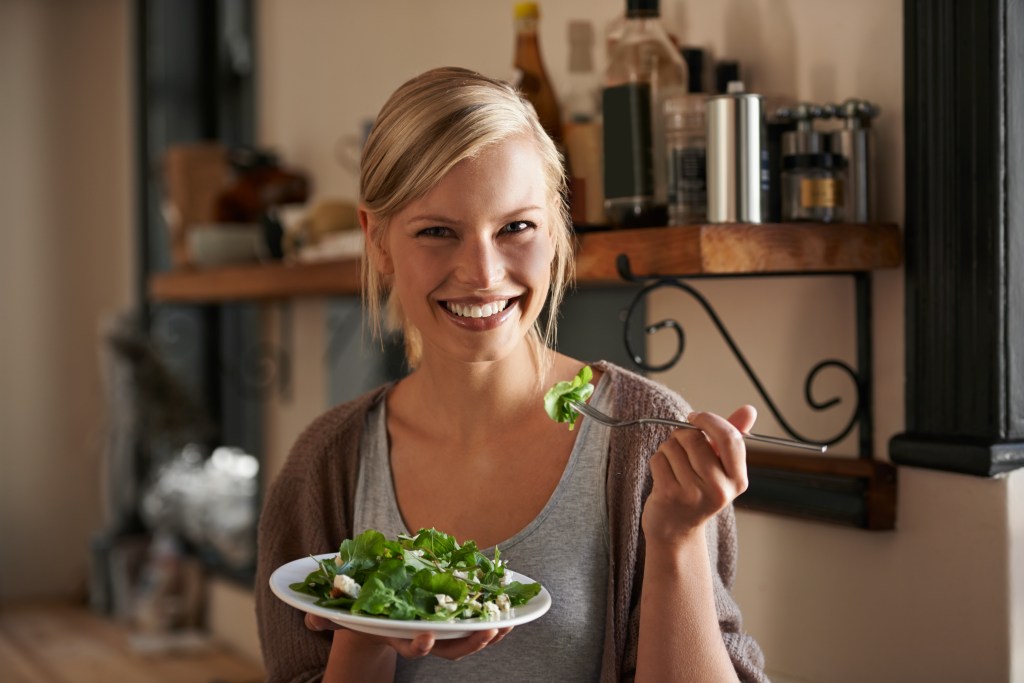 PEOPLEIMAGES/GETTY IMAGES a food or exercise plan (noun) To stay healthy Leah had a great food regimen. . NASA astronaut Ricky Arnold, a former science teacher, is in the midst of preparing for a long mission on the ISS. He is scheduled to leave in March 2018. 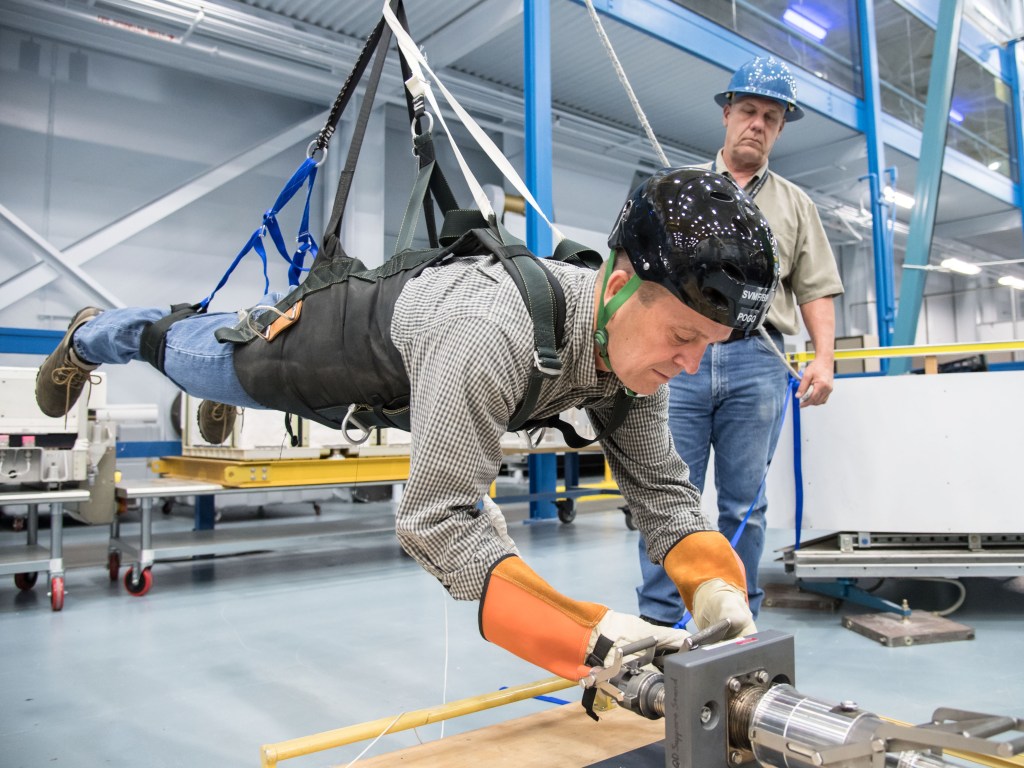 Astronaut Ricky Arnold wears a harness to train for zero gravity in space.

“We are training every day,” Arnold told TFK, “and no days are alike.” Although he has been to space before, his previous mission lasted only 12 days. “We are going to be up there for six months,” he said. “And things can change rapidly up there. We need to be prepared.”

The ISS is a giant flying space lab operated by the United States, Russia, Japan, Europe, and Canada. It is the size of a football field, but it zips around the Earth. Astronauts from around the world live and work together aboard the ISS. They spend much of their time conducting conduct 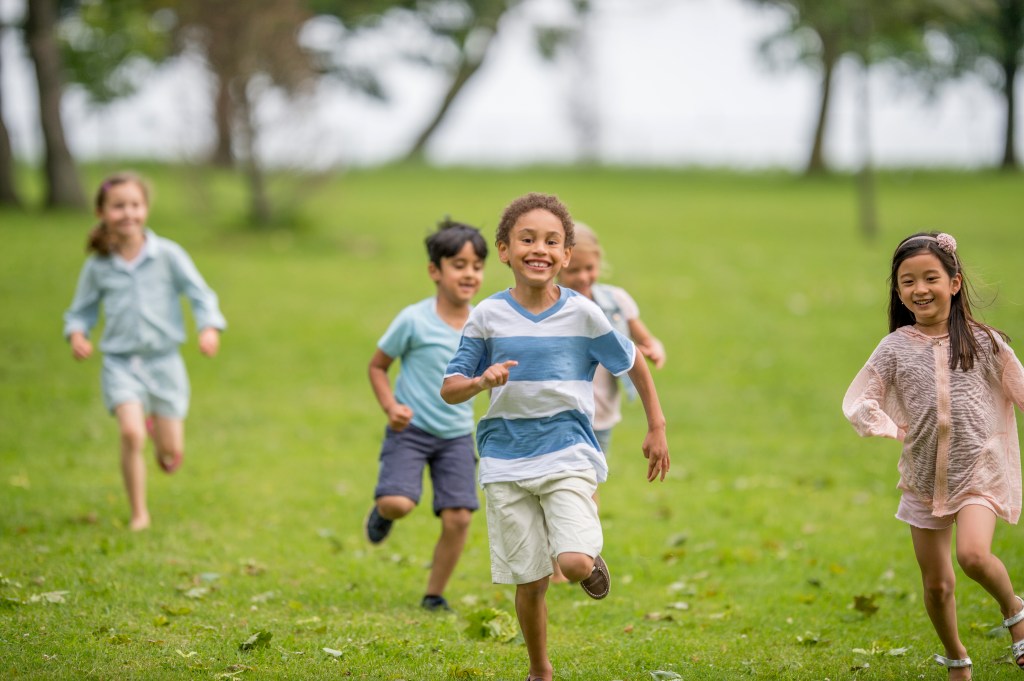 FATCAMERA/GETTY IMAGES to cause something to happen; to lead (verb) The boy conducted a game of tag at recess. experiments. They also make observations of Earth and repairs to the station.

Mission prep begins about two years before liftoff. It covers many subjects, from astronomy and geology to aviation and photography. “[Astronauts] also learn about all the science experiments they will be doing in space,” says Tamara York, a training officer at NASA’s Johnson Space Center, in Houston, Texas. “The experiments come from all over the U.S. and the world.” 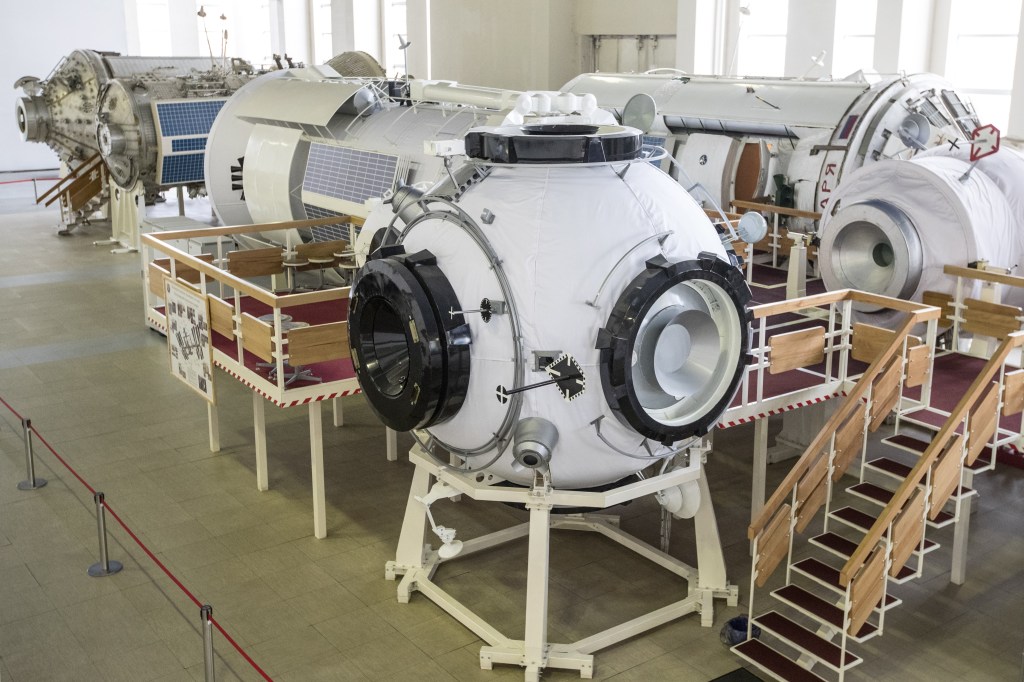 NASA currently relies on a Russian spacecraft to get crew to and from the ISS. Astronauts study the Russian language. They spend long periods of time at Russian facilities.

One of the most difficult tasks astronauts aboard the ISS face is going outside the station to do repairs. Practicing for these spacewalks is a key part of training.

To prepare, astronauts spend time in NASA’s Neutral Buoyancy Lab in Houston. It is the world’s largest indoor pool. The conditions there are close to those in space. While diving, astronauts wear the space suit they would wear on a spacewalk. 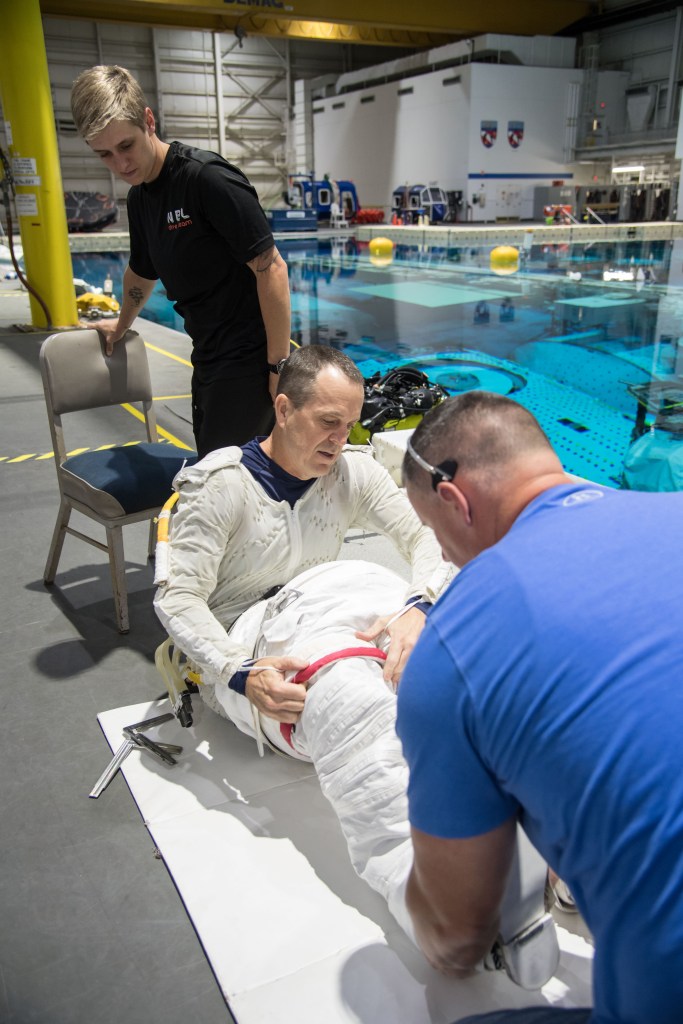 Arnold puts on a space suit with the help of a NASA trainer.

Astronauts also spend time in a virtual-reality lab. They wear a headset while inside a space-like environment. “Technology has given us better training materials and methods,” York says. “We have more robotics and 3D virtual training.”

Arnold says that much of his training focuses on preparing for problems that might come up in space. “All manner of emergencies can happen,” York says. “Very critical critical 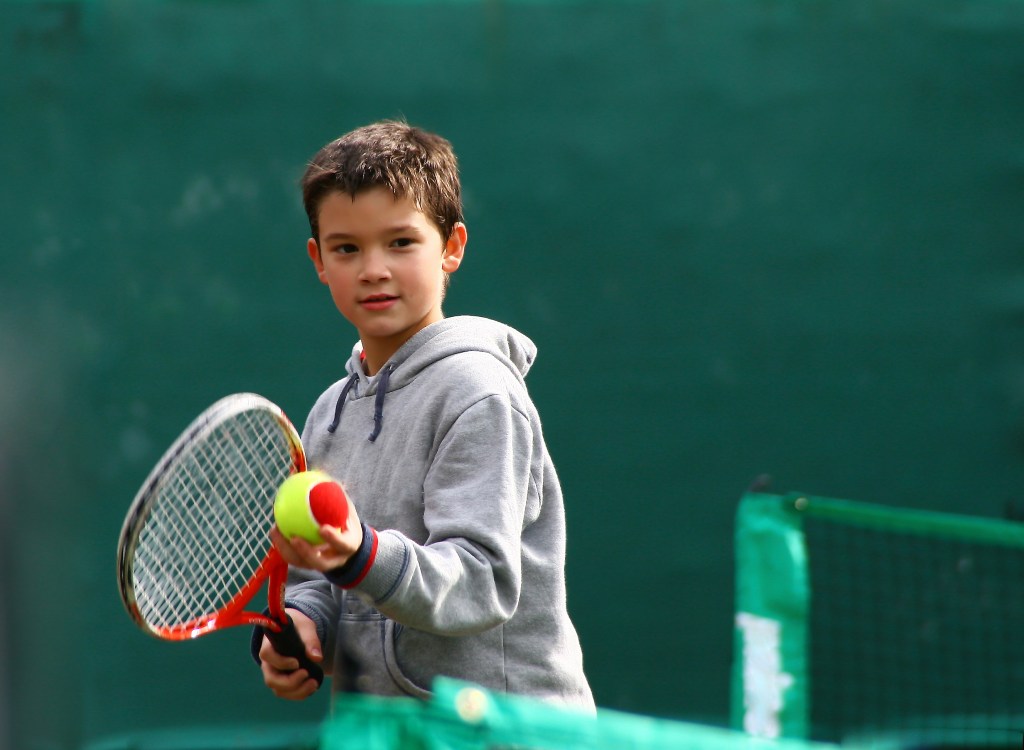 STRATOS GIANNIKOS—ISTOCK/GETTY IMAGES important; having to do with a turning point (adjective) Josh had a critical opinion of tennis. things can occur, and the astronauts need to be ready.” Astronauts learn what to do if there is a fire on the station, for example. They must know how to fix parts of the ISS. All astronauts need to learn how to solder metal. Arnold has even completed a round of training at a hospital emergency room. “If you need stitches, it’s going to be you or one of your buddies doing it for you,” he says. 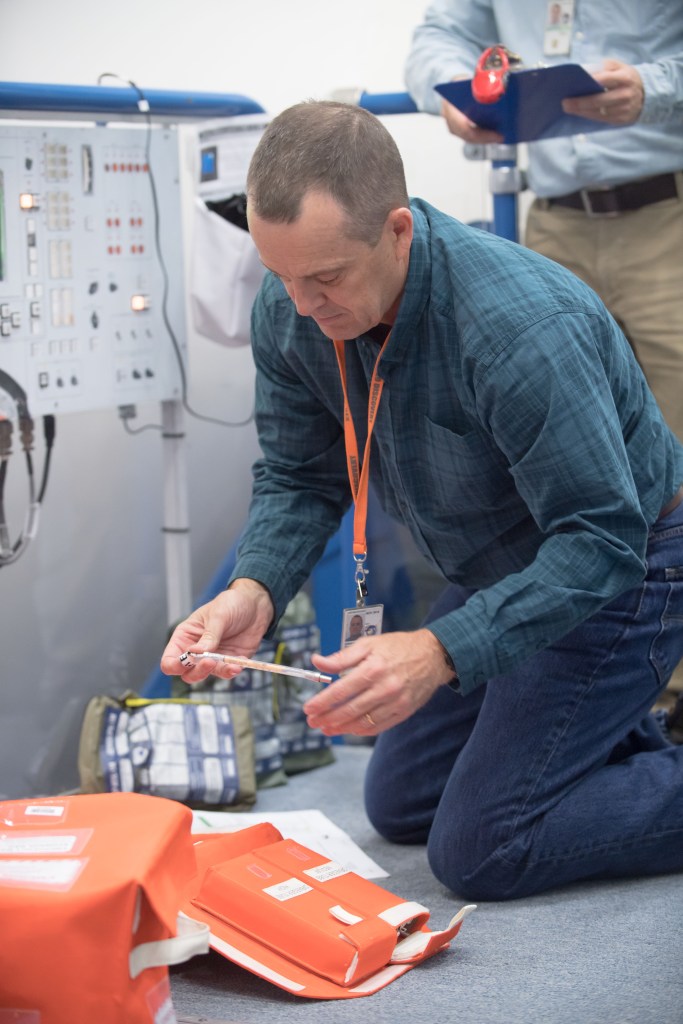 Arnold looks at medical supplies. There are no doctors on the ISS.

Astronauts must relearn how to get dressed, go to the bathroom, and take care of their living areas in a weightless environment. They get tips from other astronauts.

“On my first mission, a guy who had flown before told me about the best way to set up my sleeping bag and toothbrush,” Arnold says.

Arnold notes that a safe mission always involves teamwork. “You are part of an international team working together to make something spectacular happen,” he says. “That sense of teamwork and purpose is the best part of the job.” 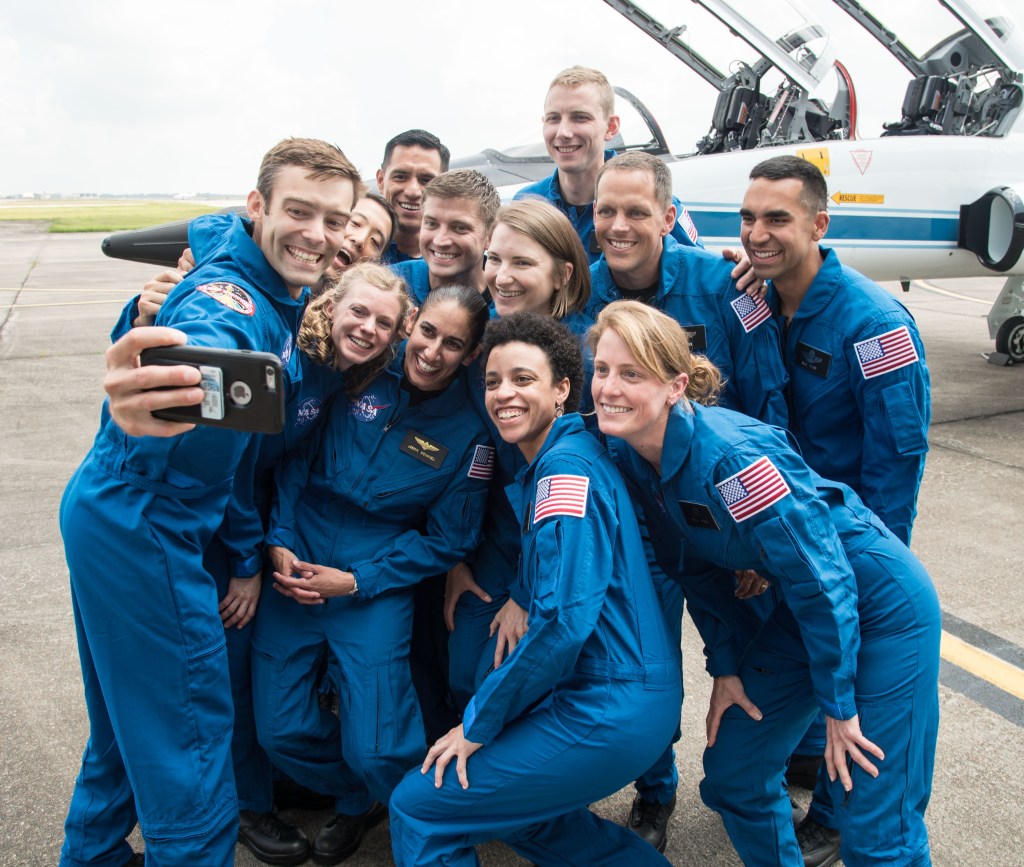 These men and women are NASA’s newest astronauts.

It’s not easy to become a NASA astronaut. Earlier this year, 12 people were selected for NASA’s new astronaut class. The seven men and five women were chosen from a field of more than 18,000 applicants. Candidates need a degree in engineering, biological science, physical science, computer science, or math.

“We look forward to the talent of these astronauts fueling our exciting future of discovery,” Robert Lightfoot, NASA’s administrator, said in June, when the class was announced. 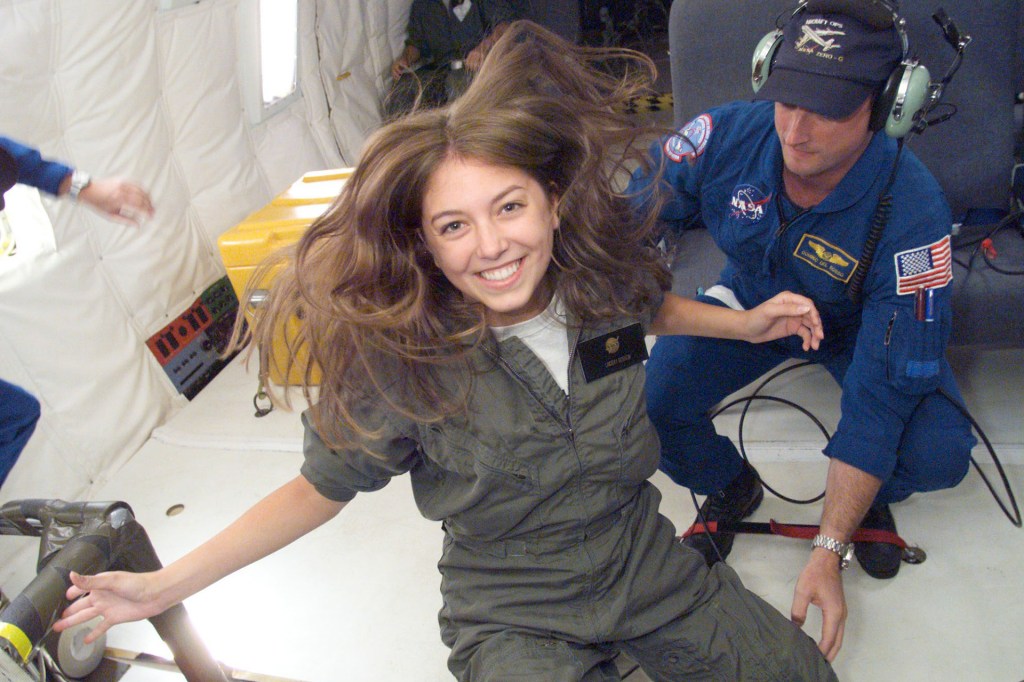 NASA engineers are designing spacesuits for exploring Mars and beyond. Years of being a NASA engineer have led Lindsay Aitchison to a surprising place: spending a lot of time thinking about dust. How to keep it out of the many…