One Brick at a Time

Robotics is a complicated field. But brothers Sanjay and Arvind Seshan, of Pittsburgh, Pennsylvania, found an early passion for it. In 2014, they embarked on a mission to make it easier for others to learn robotics by creating the website EV3Lessons.com. There, they teach people to code through a series of online tutorials.

“We were looking at resources for learning how to program Lego Mindstorms, and we realized that there wasn’t really anything good out there,” Sanjay told TIME for Kids Kid Reporter Eshaan Mani. “We wanted to create a concise set of lessons from which kids and adults can learn easily to program the Lego Mindstorms EV3 robot.” 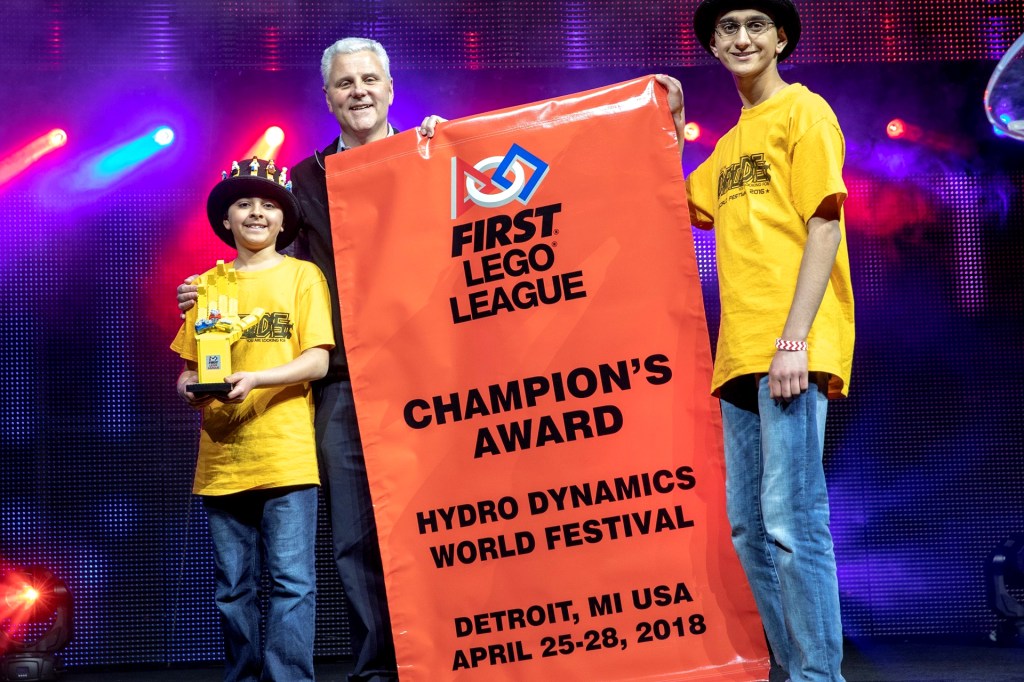 BEST BOT In 2018, the Seshan brothers were the FIRST Lego League World Champions. Here they are with Don Bossi, president of FIRST.

The website started off with basic lessons on robotics and coding. But now the lessons can support kids who have been involved with robotics for years and who want to learn something new. “I think that one of the reasons why it’s been so successful and that kids like it is because they’re being taught by other kids,” Sanjay says.

The brothers understand that robotics takes patience and lots of time. They recall a project called Pix3l Plott3r, a robot that would print people’s pictures, as well as different designs and logos. It took them two years to get a fully working model, and they made six or more versions. The Seshan brothers’ advice is to never give up if something does not work the first time and to try different ways of solving the problem you’re facing.