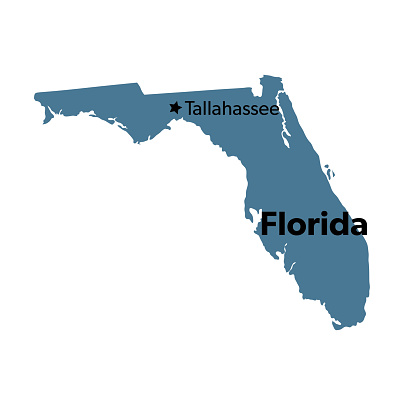 DIANE555—GETTY IMAGES a piece of land that sticks out into water (noun) Florida is a peninsula. . Behind him is a seemingly endless glacier. Below him are several hundred penguins and their chicks. Forrest’s job is to count every single one of them with the small metal clicker in his hand. It’s not easy work. It’s snowing, the wind is howling, and the fluffy gray chicks won’t stay still. 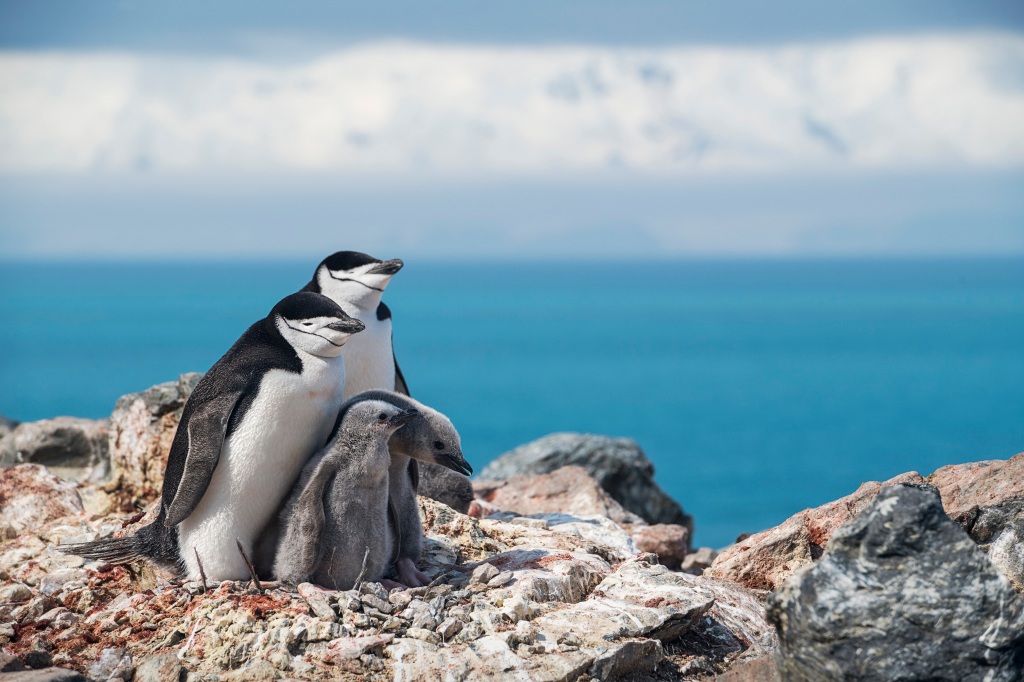 CHINSTRAP FAMILY Chinstrap penguins are named for the black band that runs around the throat of an adult bird.

Forrest has been coming to Antarctica every January for the past six years. He’s helping conduct a survey of the area’s chinstrap penguin population. It’s part of a global penguin census census 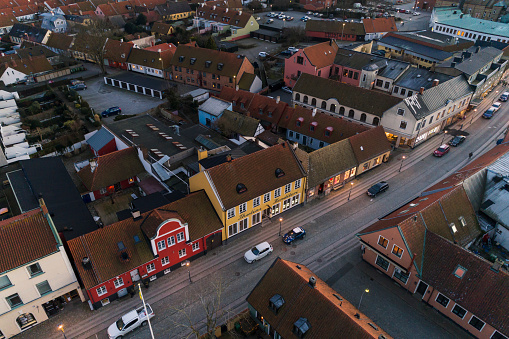 JOHNER IMAGES/GETTY IMAGES an official count of a population (noun) According to the last census, 412 people live in the town. that will help researchers better understand the Antarctic environment.

Chinstraps are Antarctica’s most numerous penguins, but their numbers are declining. Why? “All the evidence we have points to climate change climate change

PAUL SOUDERS—GETTY IMAGES changes in the Earth's weather patterns (noun) The sea ice that polar bears hunt from is melting due to climate change. as being responsible,” says Heather J. Lynch, who designed the survey. Census team member Noah Strycker adds, “We know [climate change] is hitting the Antarctic Peninsula harder than practically anywhere else in the world.” 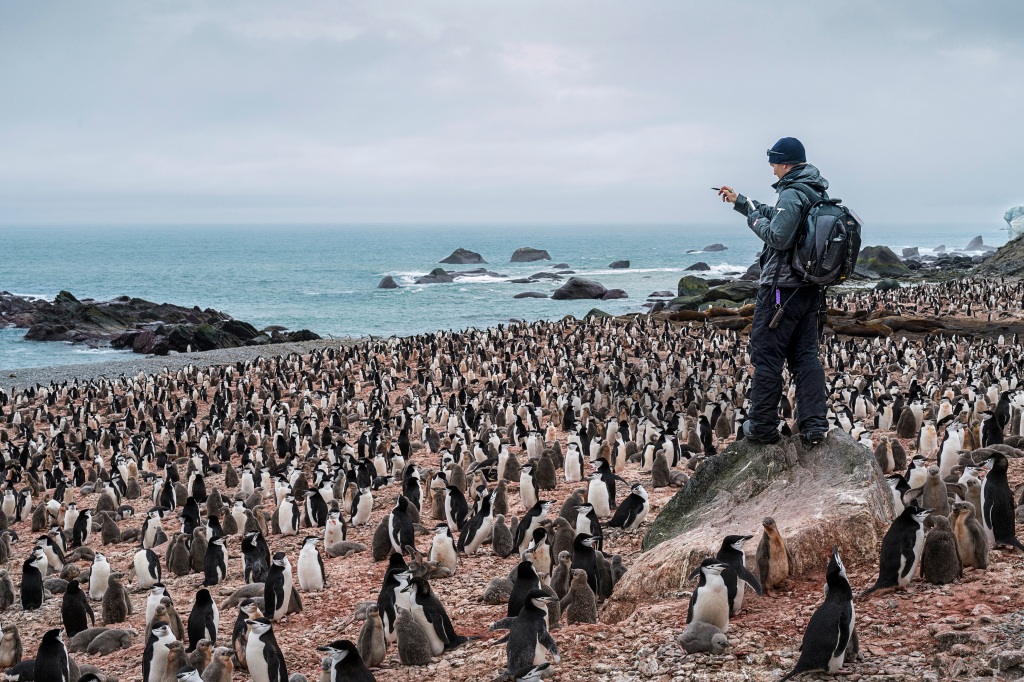 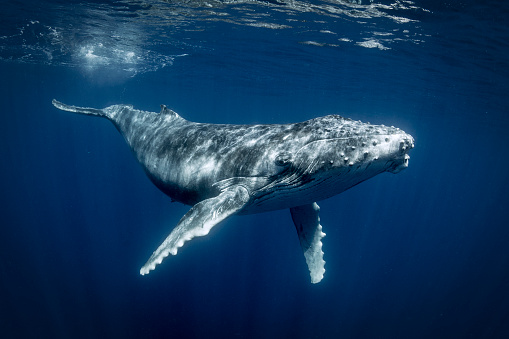 GEORGE KARBUS PHOTOGRAPHY/GETTY IMAGES an arrangement of living things in which each depends another for food (noun) Whales are at the top of the ocean's food chain. . Whales and seals eat krill. So do small fish, like anchovies, which larger fish depend on. “Without krill, we wouldn’t have fish,” Forrest says.

But krill are hard to study. So researchers focus on the penguins. They’re easier to track since they return to the same spot each year to lay eggs. If chinstraps aren’t doing well, it means that krill probably aren’t either. “Penguins give us an idea about what is going on in the ocean around us,” says Forrest.

That doesn’t mean counting penguins is easy. Chinstraps nest on rocky slopes to protect their eggs from predators predator 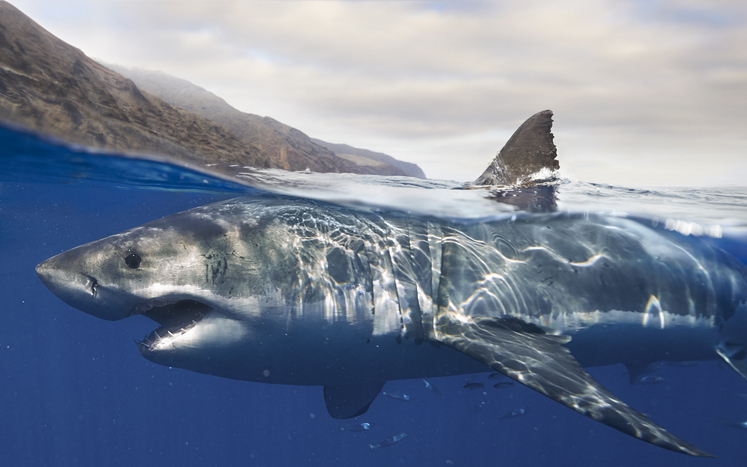 ALLAN DAVEY—GETTY IMAGES an animal that kills and eats other animals to survive (noun) The great white shark is a fierce predator. . Sometimes, scientists use binoculars to count the birds from a distance. Other times, the census requires them to brave pounding surf and freezing water in inflatable boats. “It’s miserable, it’s cold, but we love it,” Forrest says. “We get to go places where few people have ever set foot.” 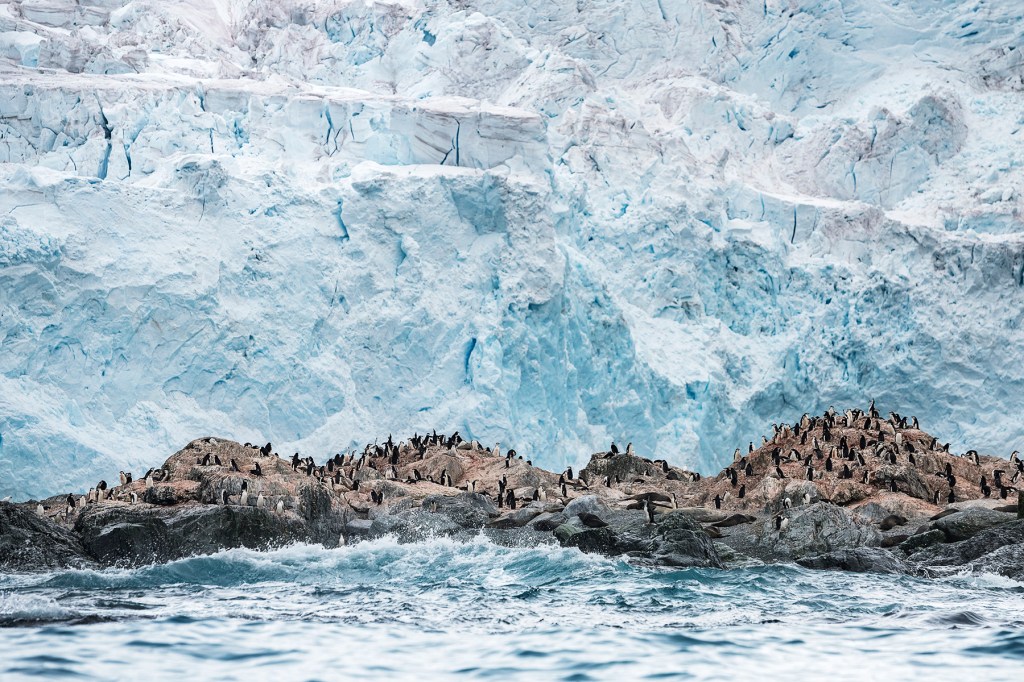 Despite their stubby legs and stiff wings, chinstraps are excellent climbers. This means scientists must be too. And penguins aren’t always clean. Their nesting grounds are coated in guano, or droppings, which makes these places slippery and smelly.

This year, Forrest’s research team got help from robotics engineers from Northeastern University. That’s in Boston, Massachusetts. The engineers fly a drone over a colony in order to take pictures. The team will use those photos to record the colony’s location and size. It will also use them to teach computers how to recognize penguin nests. This way, computers could one day count penguins using satellite photography. 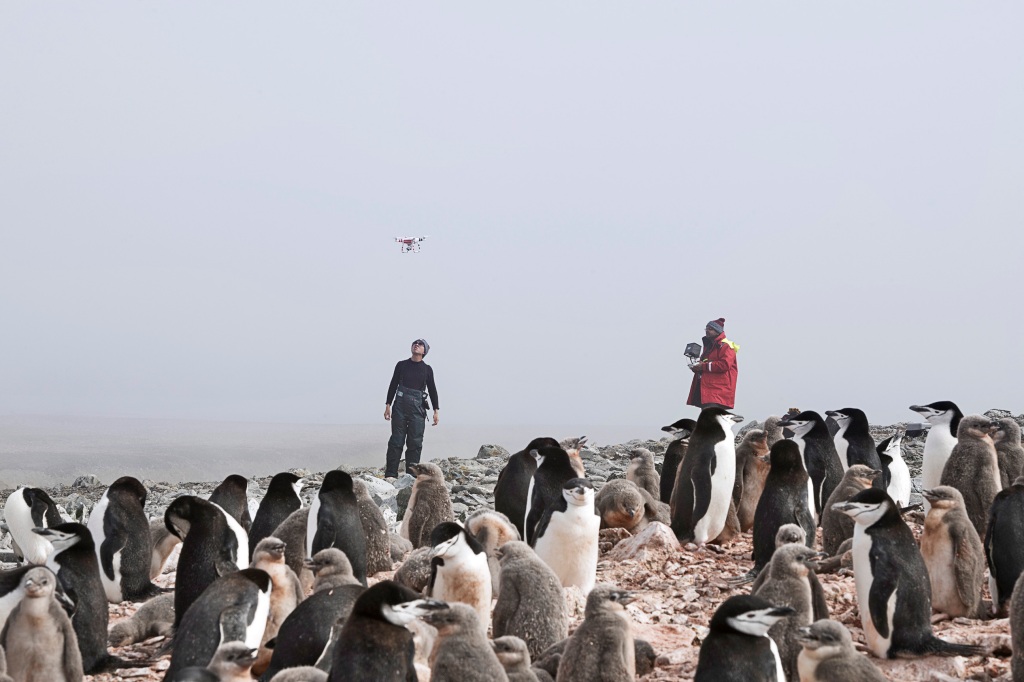 LOOK UP Two students from Northeastern University fly a drone over a colony of penguins.

Some of the colonies Forrest counted this year have shrunk by more than half since they were counted 50 years ago. Other colonies have never been counted at all. That’s why it’s important to do a chinstrap census now, Forrest says. The more we learn about chinstraps, the more we learn about krill and the ocean animals that depend on them. “What’s happening in the Antarctic is happening everywhere,” he says. “When we understand it, we can start fixing it.”