You sail with the 11th Hour Racing Team. What does that name mean?

The 11th hour is supposed to signify where this planet is in its life. If we don’t make some substantial changes in the 11th hour, particularly regarding ocean health, we’re going to be in big trouble. So we’re trying to create a sense of urgency around the global climate situation and empower people to act.

I read about your new boat. The solar panels and hydrogenerator are amazing. What other sustainable features does this boat have?

One of the big things we’re proud of is the use of alternative materials. Right now, the best material for building a race boat is carbon fiber. We’ve been working with a couple of people who created recycled carbon fiber, which has 90% less [carbon] footprint. And we use a lot of flax and bamboo. 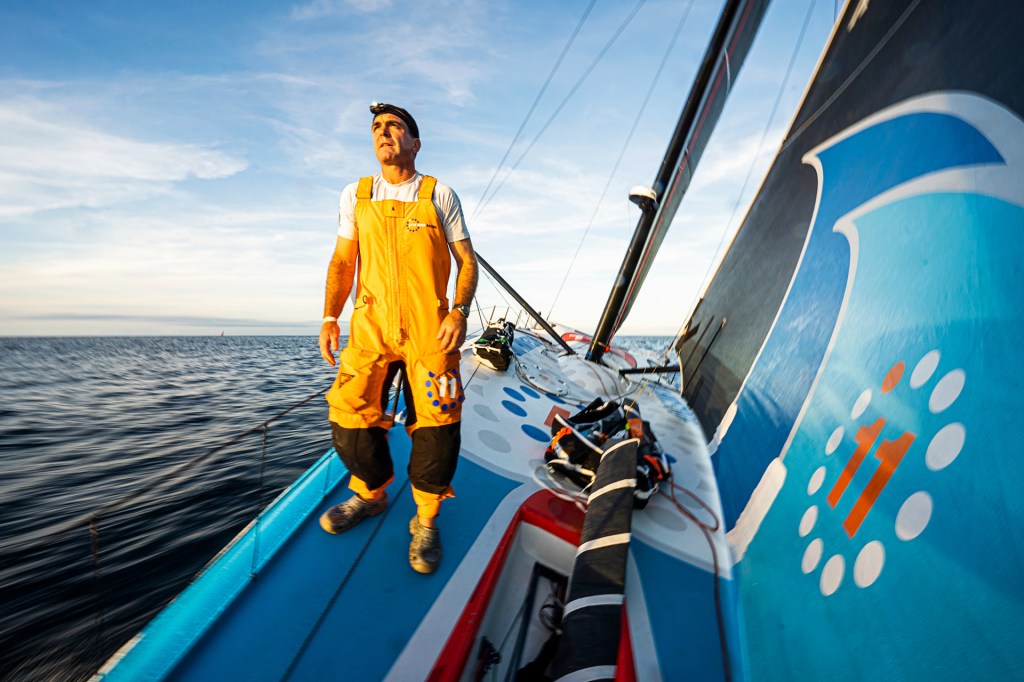 ON BOARD Charlie Enright sails on Mˉalama during a regatta off the coast of Brittany, France, in September 2021.

What are the most challenging waters to sail in?

I’d say the Southern Ocean, for sure. There are big waves, cold temperatures, and a lot of wind. That’s definitely the most physically demanding. But sometimes, the doldrums, around the equator, where there’s not a lot of wind, can be just as mentally taxing. 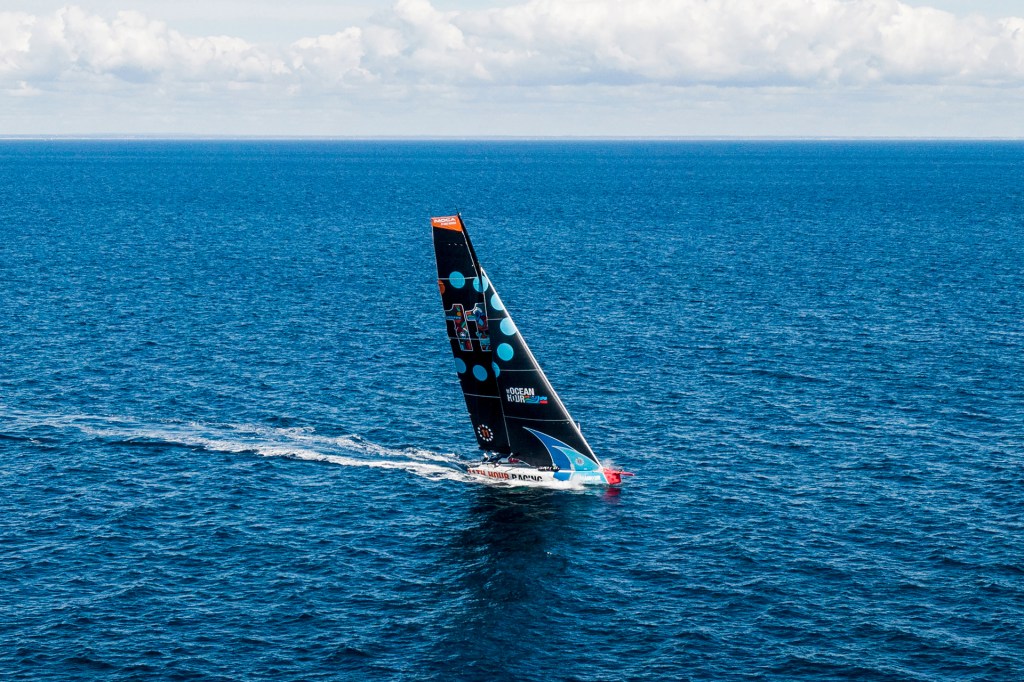 NEW BOAT The 11th Hour Racing Team will sail around the world on Mˉalama during the 2022–2023 Ocean Race.

As a sailor who spends a lot of time out on the oceans, what effects of climate change have you seen?

It’s tough to quantify. But I think whether you’re on the oceans or living your daily life on land, the weather patterns have become a lot more erratic. Growing up here in Rhode Island, we’ve always had a sea breeze. As a general observation of mine, it’s just different from how it used to be. When we race around the planet, we have ice gates in the Southern Ocean around Antarctica, so we don’t get too close to the ice. Those gates are constantly creeping further north, which I think speaks to the ice flow and the melting.

Have you seen animal species migrating in or to places that you haven’t seen them previously?

It’s tough to observe that firsthand. But I do a lot of reading on this, and I work with a lot of organizations that study this. With the changing ocean temperatures, it’s something that we’ve got to look out for. 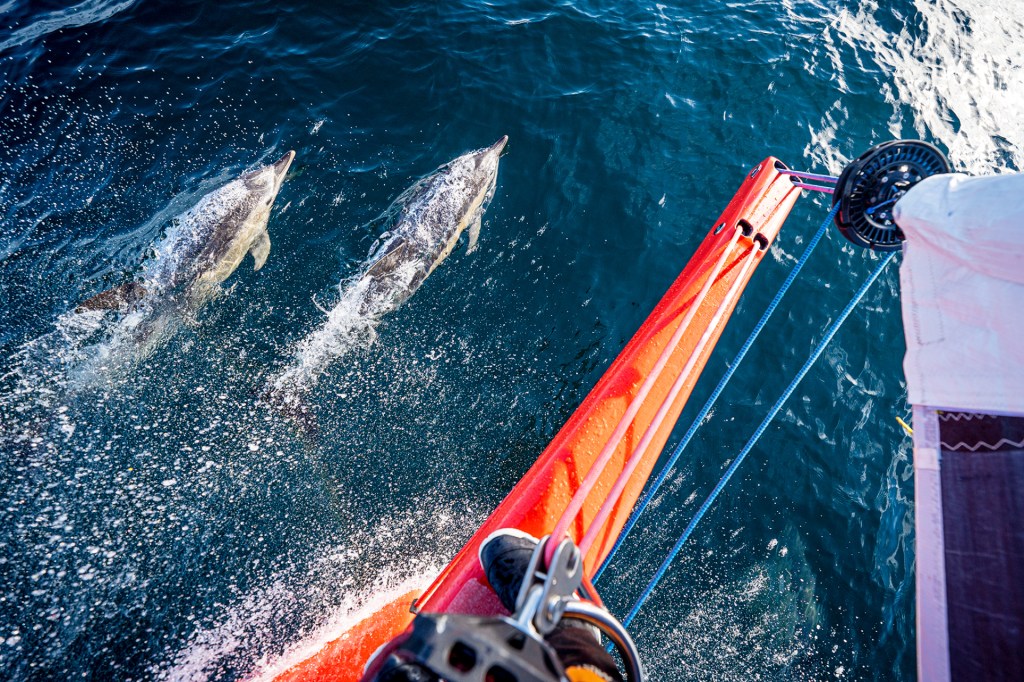 WILDLIFE WATCH Sailors sometimes encounter animals at sea, such as these dolphins swimming alongside the 11th Hour Racing Team’s boat.

With regard to plastic pollution, what’s the most common thing you’ve seen?

The scary thing out there is what you can’t see. Microplastics aren’t visible with the human eye. We have a sampler on board that collects water and tests for microplastics, so we know they’re out there. The things that you can see are tons of water bottles and cigarettes. Those are probably the two big ones.

What’s one of the most important lessons that sailing has taught you?

The size of the Earth should not be underestimated. It’s funny: Sailing around it sometimes makes me feel like it’s so small. But other times when you’re out there, it’s just so vast. The ocean is so powerful, and you learn never to take it for granted. I’m lucky to be able to do what I do and to pursue my passion as my profession. 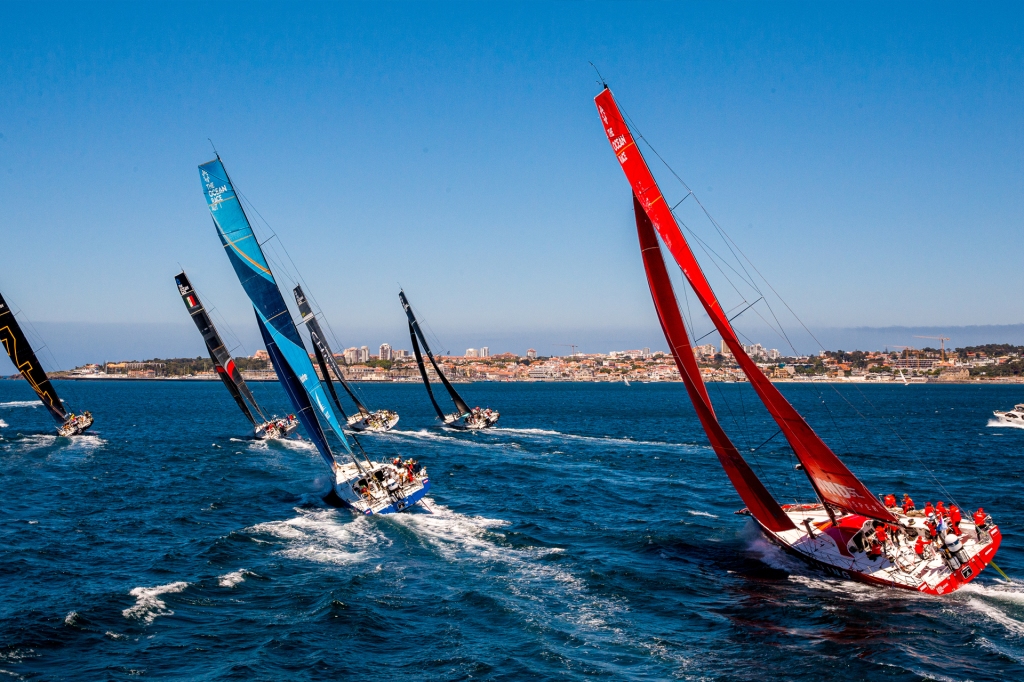 This spring, 12 sailing teams from around the world competed in the first-ever Ocean Race Europe. The race set off from Lorient, France, on May 29. Teams of six to 10 people spent 22 days sailing the Atlantic Ocean and…