It has been clear for years that U.S. shoppers and businesses have little interest in dollar coins. Banks returned so many of them to the Federal Reserve that the Treasury stopped making them in 2011, except to meet the demands of coin collectors. Part of the problem is their appearance. "[They are] cheap and unrecognizable, like Monopoly money," says Ute Wartenberg, a currency expert. Another factor is the coin's weight, which is eight times that of a dollar bill. Plus, it tends to fall between seat cushions.

Even with all of these issues, dollar coins are likely here to stay. With so many already made, the Mint won't need to make a new batch for three or four decades. "If we get rid of the banknote, then maybe people will start to love them," says Wartenberg.

Some groups want to get rid of $1 bills, but that is not likely to happen either. The Fed estimates that such a shift would cost the government $1.2 billion over 30 years. And because retailers can't prove the coins are real—the way they can with paper money—the country could see a sharp rise in counterfeit, or fake, money. Read on to take a closer look at this curious coin. 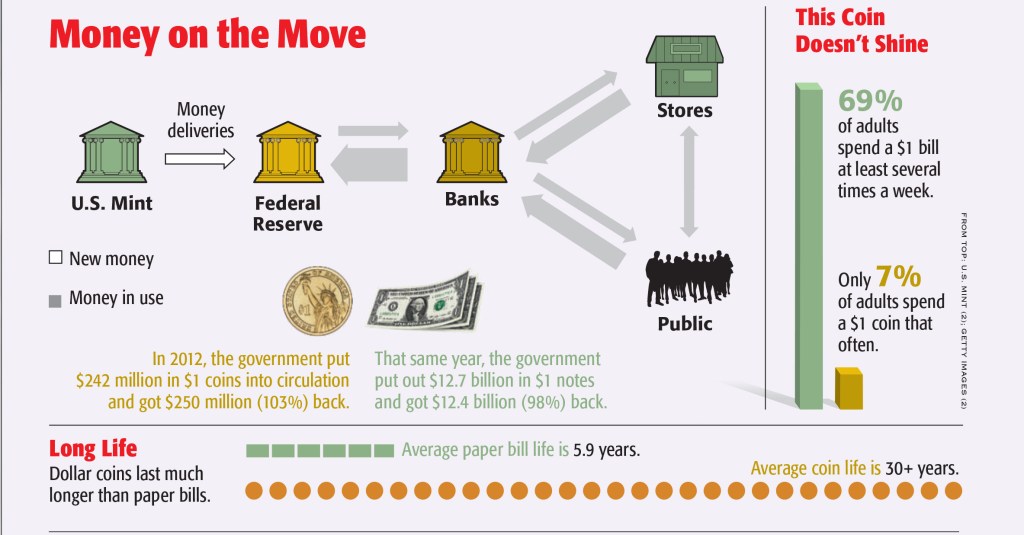