TFK editors with reporting from TIME and AP

Students at Marjory Stoneman Douglas High School, in Parkland, Florida, returned to class on February 28 after a difficult two weeks away. The school had been closed since February 14, when a shooter there killed 14 students and three adults.

When school reopened, hundreds of police officers were there to help the teens feel safe. Counselors and therapy dogs were on hand for comfort and care. The halls were lined with letters and banners sent by well-wishers from around the world. 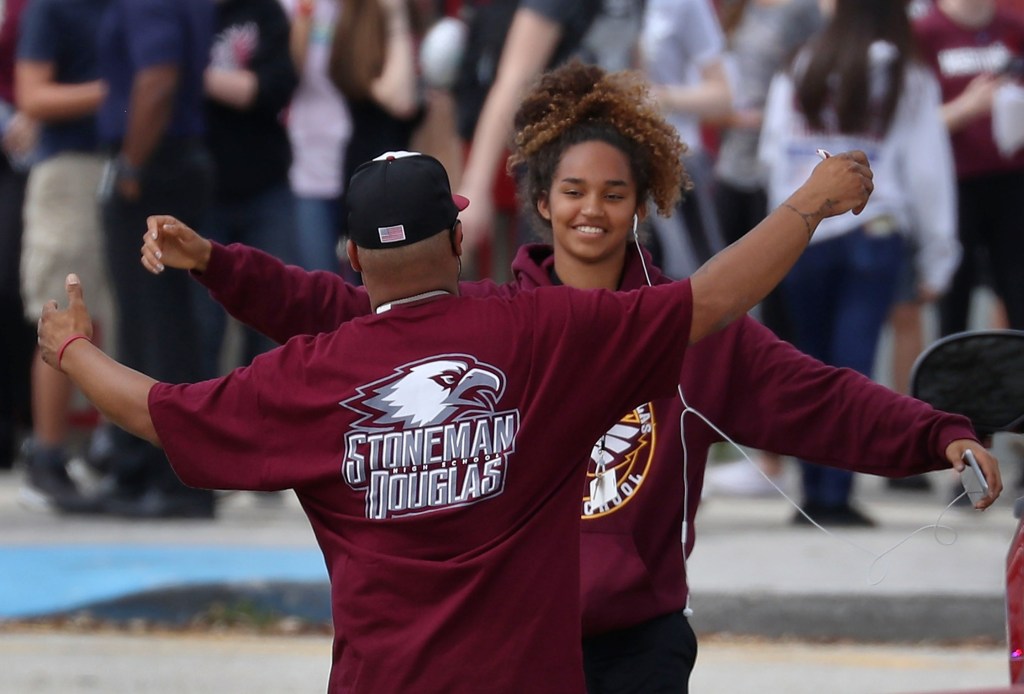 BACK TO SCHOOL Students and teachers return to Marjory Stoneman Douglas High on February 28. Two weeks earlier, a shooting at the school left 17 people dead.

Broward County Schools superintendent Robert Runcie reported that 95% of the school’s 3,293 students attended the reopening. “Everyone was united,” Carly Novell, 17, told TIME. She is a student at the school.

Taylor Morales, 18, also spoke to TIME. “We’re going to group up and get through this together,” she said. “We’re not going to let this stop us.”

Stoneman Douglas students have been outspoken in the wake of the tragedy. The Second Amendment to the U.S. Constitution guarantees Americans the right to bear arms. But student activists and many adults are calling for stricter laws to help put an end to gun violence.

On February 17, thousands of students, teachers, and parents gathered outside the Broward County Federal Courthouse, in Fort Lauderdale, Florida. Stoneman Douglas senior Emma González, 18, spoke to the crowd. “We are going to be the kids you read about in textbooks,” she said. Not because of the shooting, she said. But because of what students will achieve in its aftermath. 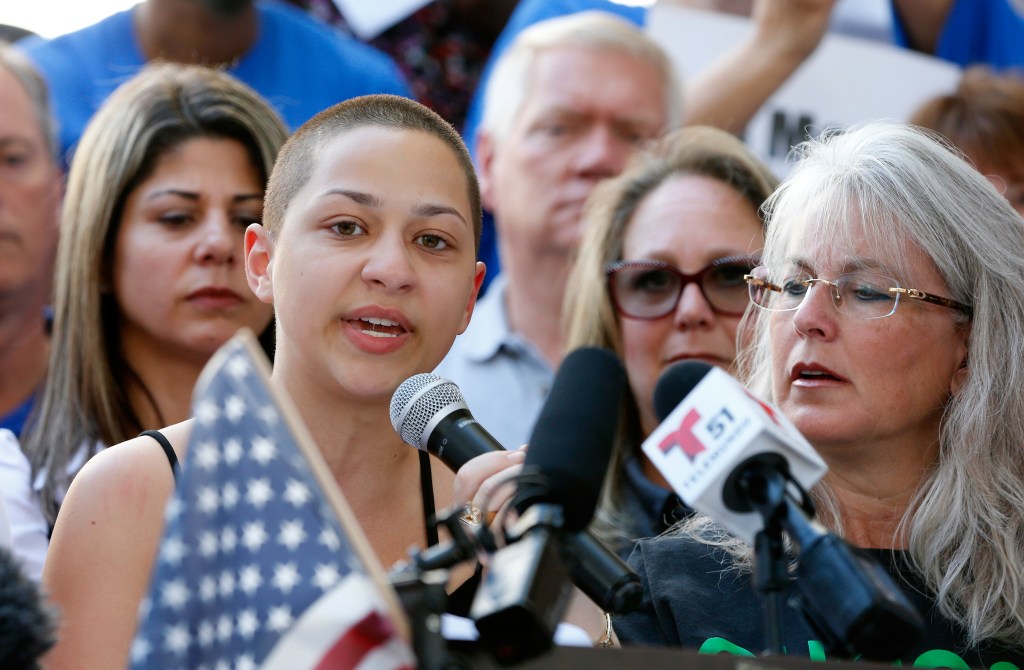 SPEAKING OUT Emma González, 18, speaks in Fort Lauderdale on February 17.

Four days later, nearly 100 Stoneman Douglas students loaded onto school buses to travel to Tallahassee, the state capital. Jaclyn Corin, 17, helped organize the trip. “It’s just about kids’ lives,” she told the Naples Daily News of the message students planned to deliver to lawmakers. “Looking into their eyes and telling our stories, we just hope it’s going to make a huge difference.”

Also on February 21, more than 40 students, parents, and leaders from Parkland and elsewhere met with President Donald Trump at the White House. They spoke about the tragedy and shared their ideas for improving school safety. “We want to learn everything we can, and starting about two minutes after this meeting, we are going to get to work,” Trump told the group. 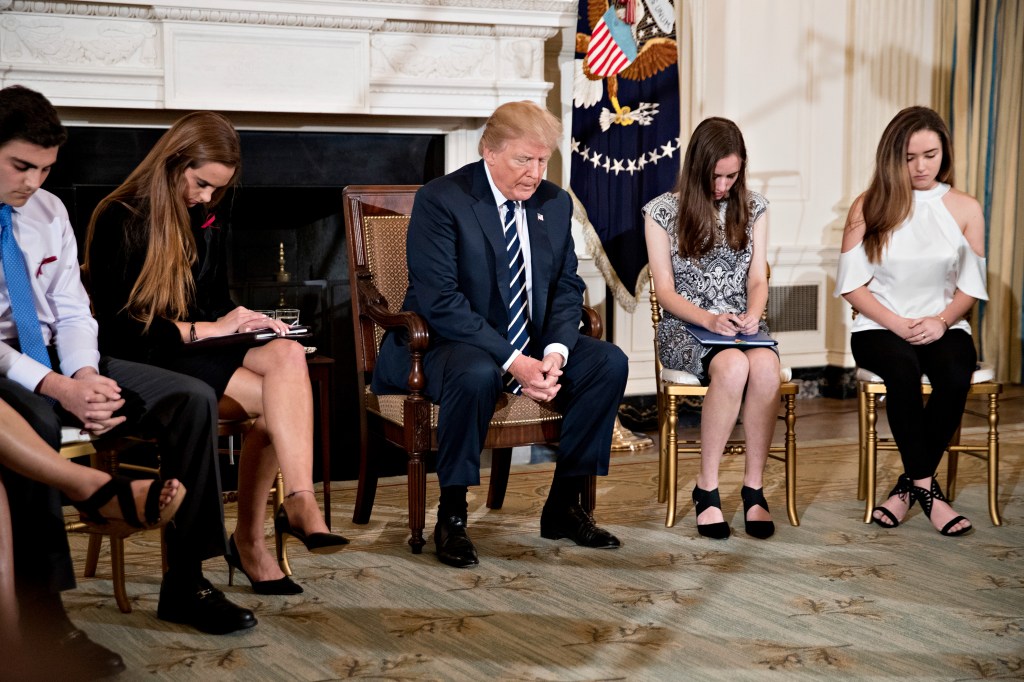 IN MEMORY President Donald Trump bows his head during a White House listening session with Stoneman Douglas students on February 21.

In response to the Parkland shooting, many large companies that sell firearms have changed their policies. On February 28, Dick’s Sporting Goods announced it will no longer sell the type of rifle that was used at Stoneman Douglas. And although federal law allows the sale of certain guns to 18-year-olds, Dick’s will stop selling guns to people under the age of 21.

Some people have criticized the move. But Dick’s CEO Edward Stack defends the decision. “We love these kids and their rallying cry, ‘Enough is enough.’ It got to us,” Stack told the New York Times. Soon after Dick’s made the announcement, Walmart, Kroger, and L.L. Bean said they would put similar policies in place.

Student activists and supporters plan to gather in Washington, D.C., on March 24 for the March for Our Lives. Satellite marches are planned in cities across the country and around the world. “We can’t ignore the issues of gun control that this tragedy raises,” event organizer Cameron Kasky, 17, wrote on CNN.com. “And so I’m asking—no, demanding—we take action now.”