Take a bottle of soda. Shake it really hard. Gas bubbles inside the bottle cause a buildup of pressure. Twist the cap off. Pressure is released. Soda shoots everywhere.

A volcanic eruption works much the same way. Pressure builds up inside a volcano as gas bubbles form in magma. Magma is hot liquid rock deep beneath the surface of the Earth. The gas bubbles need to escape. The volcano erupts. Boom!

A volcano is a mountain or hill that has a vent, or an opening. Volcanoes can be found beneath the ocean, on the moon, and on other planets. When a volcano erupts, magma is pushed up through the vent with great force. When magma comes out of a volcano and hits the Earth’s surface, it is called lava. Lava can reach temperatures up to 2,200°F (1,204°C). 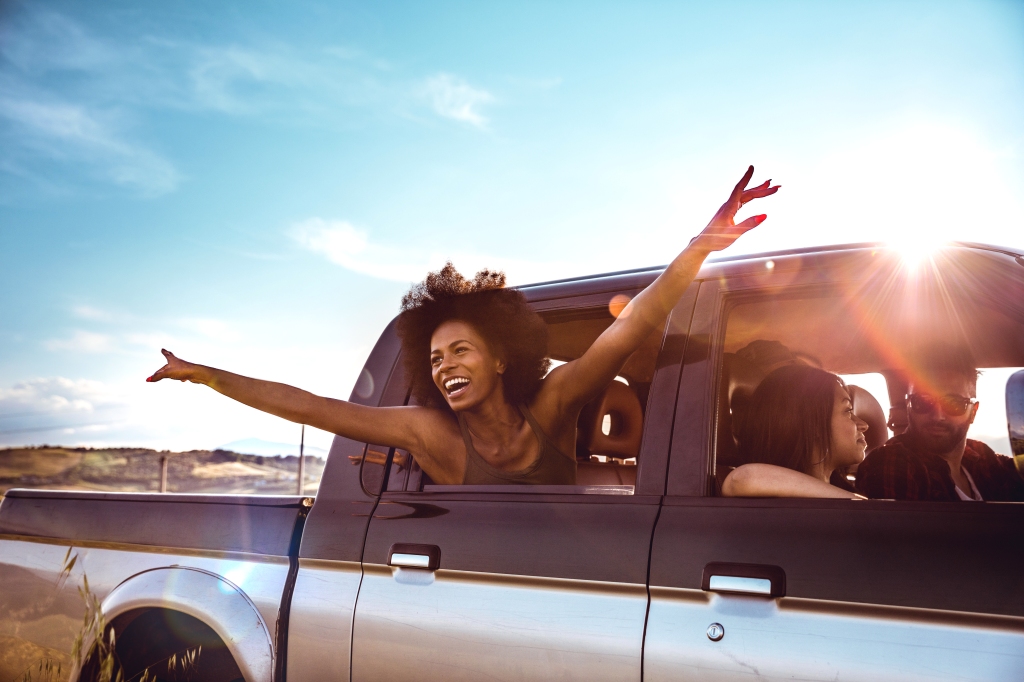 LEOPATRIZI/GETTY IMAGES overflowing (adjective) My effusive friend is enthusiastic about everything she does. , where sticky lava oozes steadily from the volcano. The intensity of an eruption depends on a few factors. One is the magma’s temperature. Another is the magma’s viscosity viscosity 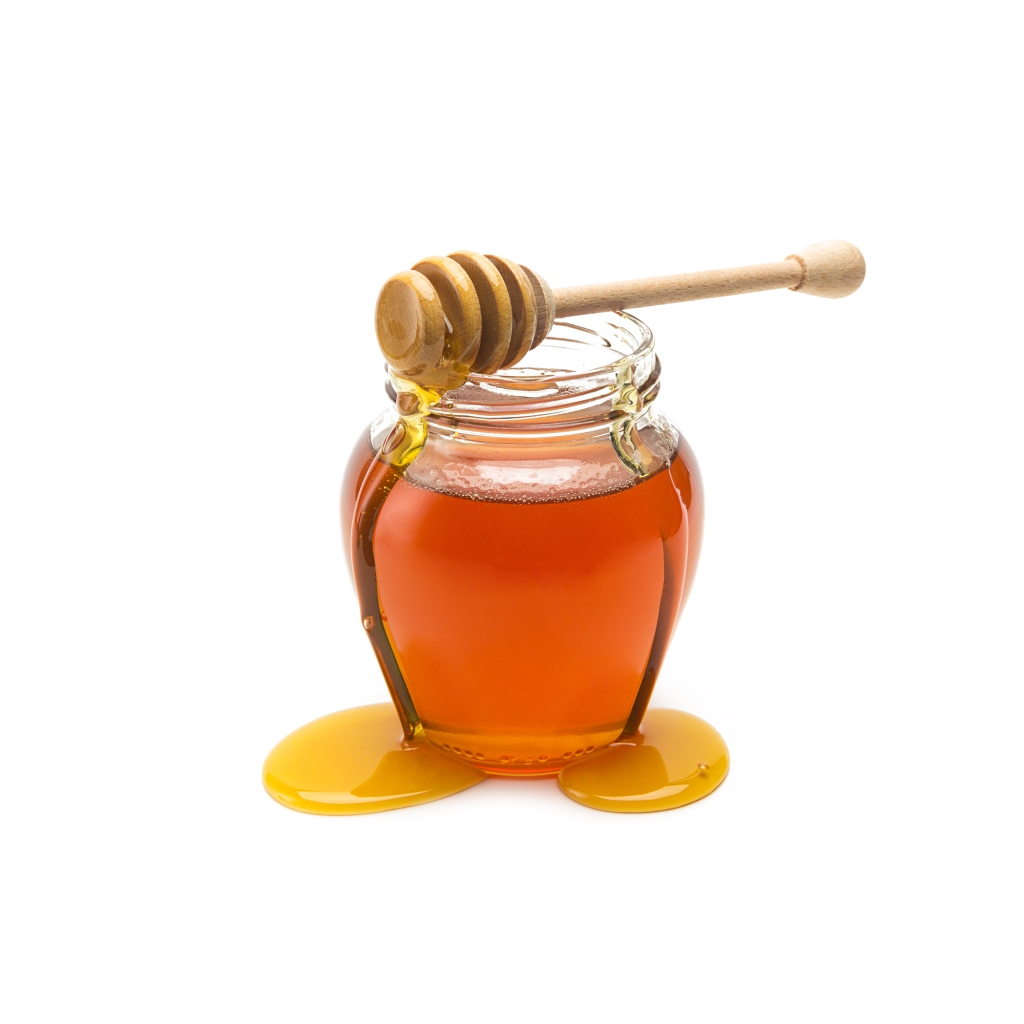 CLASSEN RAFAEL—EYEEM/GETTY IMAGES the state of being thick and sticky (noun) Honey has a high viscosity and is therefore very difficult to clean. . A third factor is the amount of gas trapped within the magma.

There are three kinds of volcanoes: active, dormant dormant 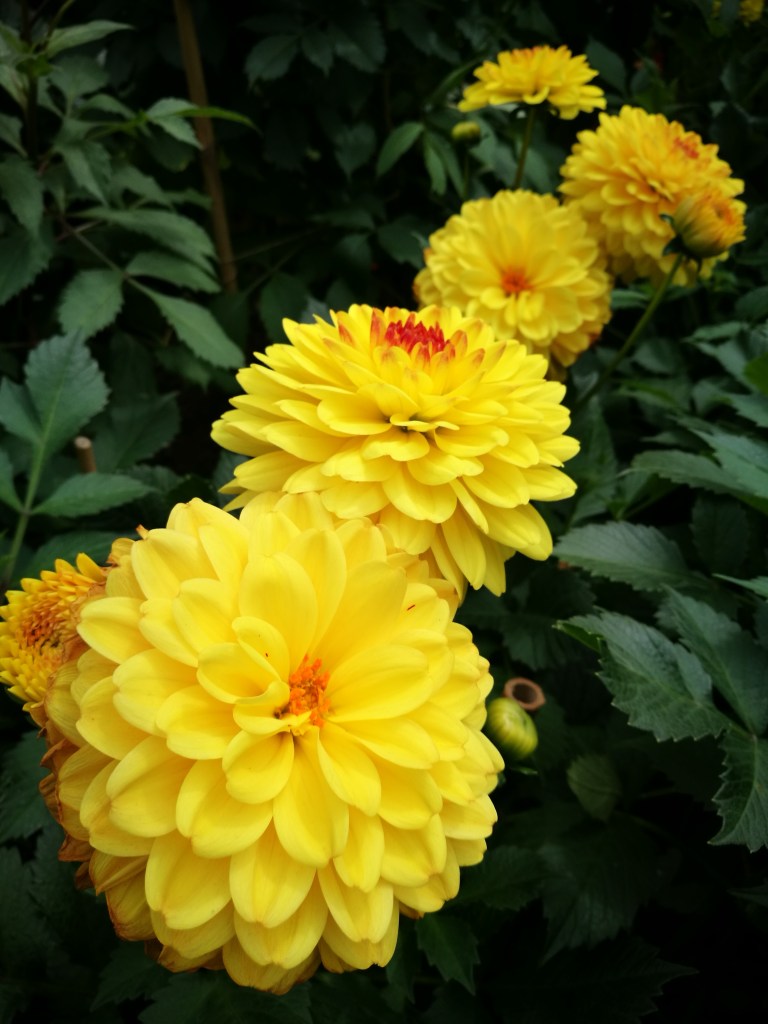 ZHILING TONG / EYEEM temporarily inactive (adjective) The plant remained dormant all winter and then sprouted flowers in the spring. , and extinct. Any volcano that has erupted since the last Ice Age (which ended about 11,000 years ago) is considered active. A dormant volcano is one that has not erupted since the last Ice Age. Dormant volcanoes still have the potential to erupt. A volcano that is no longer active nor expected to erupt is considered extinct. 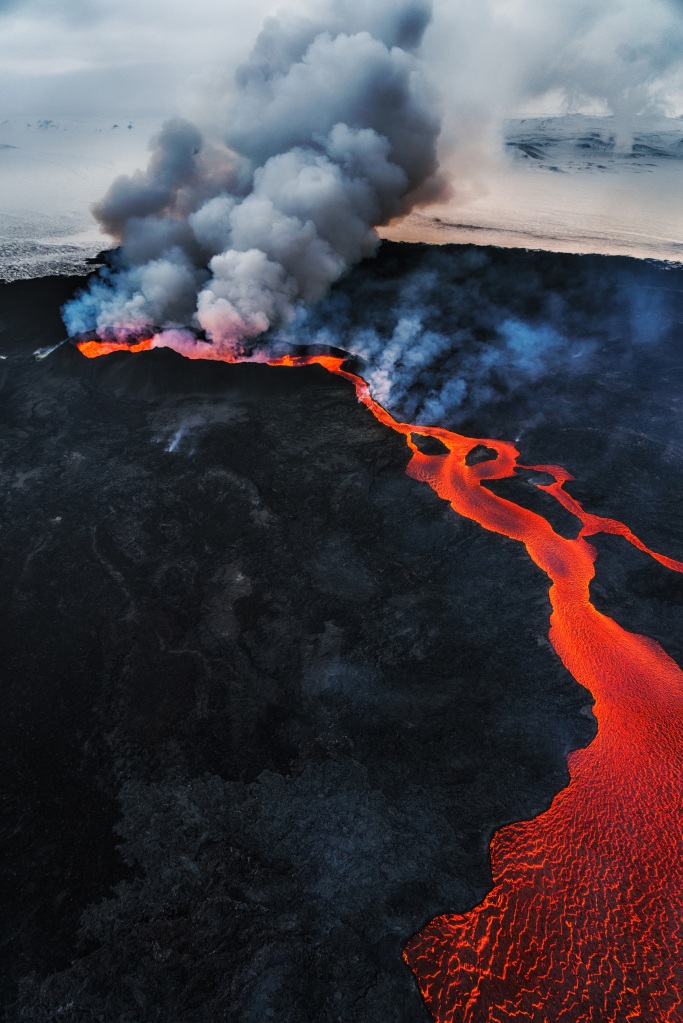 Mount Saint Helens, one of the most destructive volcanic eruptions in U.S. history, is located along the Ring of Fire.

The Ring of Fire

About 75% of the Earth’s volcanoes are located in the Ring of Fire. This 25,000-mile “ring’ is located in the Pacific Ocean. It runs from the southern tip of South America, up the west coast of North America, across the Bering Strait, and then south through Japan to New Zealand.

The ring sits along the outline of several tectonic plates. These plates are the large pieces that make up the Earth’s crust, or outer layer. Most volcanoes form at the edges of tectonic plates. These huge plates are constantly shifting. Sometimes, the plates pull apart or slide into each other. When this happens, magma rises to fill in the space. Strong pressure and intense heat force the magma upward like toothpaste being squeezed from a tube.

Volcanoes can be dangerous, particularly to the millions of people who live near one. When a volcano erupts, lava, hot ash, steam, and rocks are released from deep in the Earth. These materials pose pose 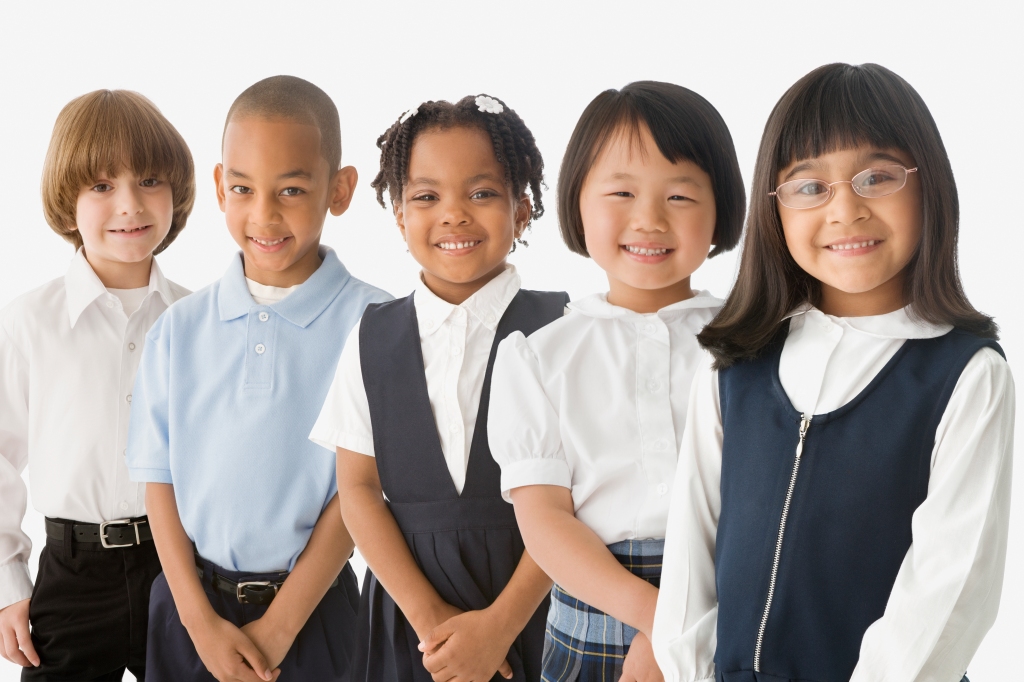 JOSE LUIS PELAEZ INC/GETTY IMAGES to present (verb) The teacher posed an interesting question about whether there should be school uniforms. major health and safety risks to humans and animals. Eruptions can also cause other natural disasters. A volcano can trigger trigger 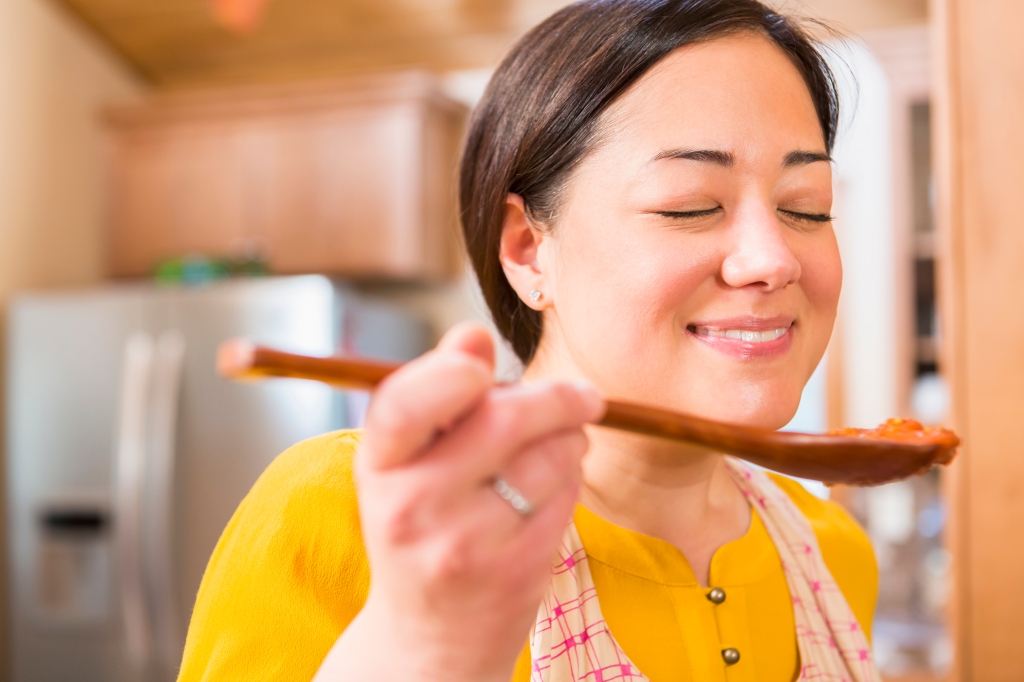 The most destructive volcanic event in U.S. history was the 1980 eruption of Mount Saint Helens, in Washington State. It killed 57 people. It also destroyed entire forests. Located within the Ring of Fire, Mount Saint Helens is a composite volcano, or stratovolcano. This is the most common type of volcano. It is tall and cone-shaped. A composite volcano is made up of alternating layers of rock and ash. Its eruptions are often violent.

Another historically important volcanic event occurred in 79 A.D., in Italy. Mount Vesuvius erupted and buried the city of Pompeii in lava and ash. The city and its people were lost. Centuries later, scientists discovered that the remains of the city were preserved in volcanic ash. These ruins are still studied by researchers today.

Although volcanoes can be destructive, they can also create new land. The Hawaiian Islands were created by the eruptions of shield volcanoes. These broad, low-lying volcanoes are made up almost entirely of layers of hardened lava. They are characterized by less-violent eruptions.

Another type of volcano is the cinder cone. This ejects lava vertically into the air like a sputtering fountain. A cinder cone eruption often comes from a single volcanic vent in the Earth’s crust. Lava cools quickly in the air. It then hardens into glassy, gas-filled rocks around the volcano’s opening. Cerro Negro, in Nicaragua, and Sunset Crater, in Arizona, are cinder cone volcanoes. 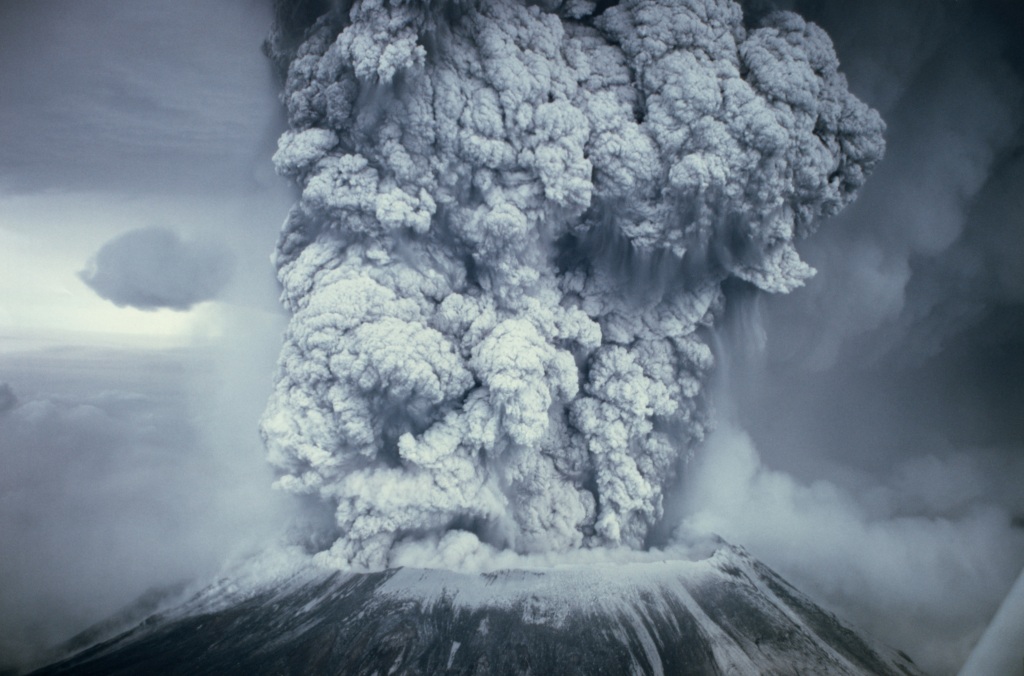 The Bardarbunga volcano, located under one of Iceland’s largest glaciers, spews a massive cloud of smoke and debris.

Volcanoes have played an important role in shaping the Earth into what it is today. Ash from volcanoes adds helpful minerals to soil. That allows plants to grow strong. Healthy plants produce oxygen for humans and animals to breath. Volcanoes also remove heat from the Earth’s interior. That helps cool the planet.

In recent years, a new benefit of volcanoes has emerged. Scientists are turning to them as alternative power sources. It involves tapping into the heat beneath the Earth’s surface to generate electricity. This is called geothermal energy. In Iceland, 25% of the nation’s energy is geothermal. New tools and technologies are allowing scientists to peer ever further into the depths of these fiery giants. As they do, more-creative uses for volcanoes and their emissions are bound to surface.

Volcanoes are unpredictable. But as we learn more about how they work, they will become even more important to life on Earth.