The World's Coolest Places to Play

Think art’s not exciting? The monumental ArcelorMittal Orbit sculpture, at Queen Elizabeth Olympic Park, in London, will change that. The 376-foot-tall sculpture was created by artist Anish Kapoor and engineer Cecil Balmond. It’s wrapped in a serpentine, 584-foot tunnel slide designed by artist Carsten Höller. It’s the longest and tallest tunnel slide in the world. Riders strap on a helmet and hurtle through 12 hairpin turns. The ride ends with a corkscrew portion named after the German word for bedspring. Along the way, riders catch glimpses of the London skyline through the slide’s transparent sections. If this 40 seconds of hair-raising fun doesn’t get your adrenaline going, nothing will. —Brian S. McGrath 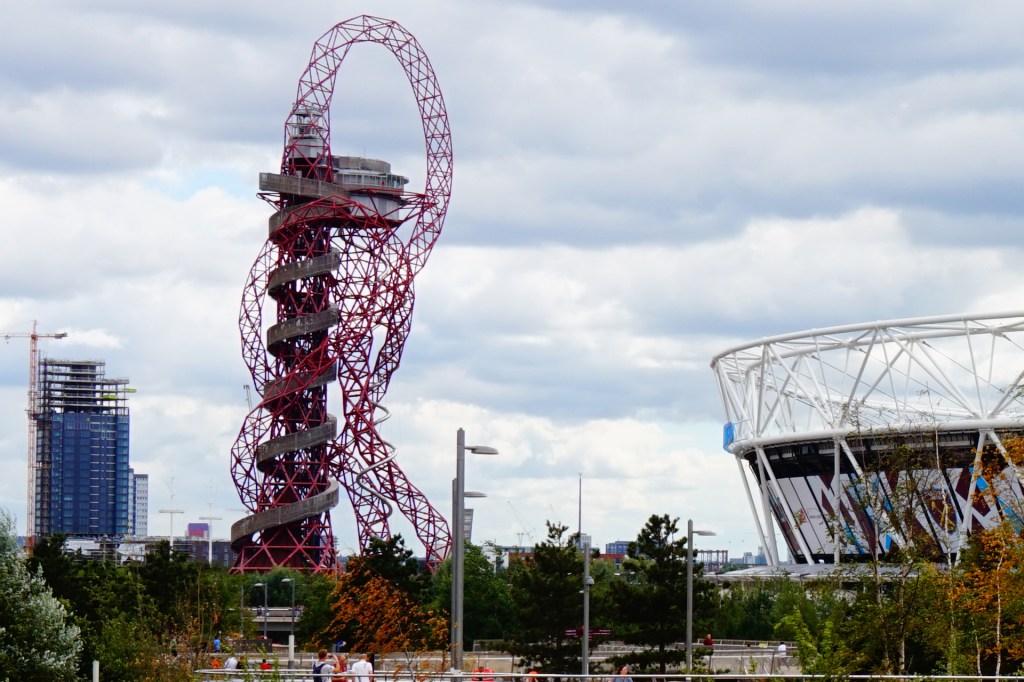 Artists at Play is a playground with a creative spirit. This imaginative space is located at the Seattle Center. It was designed by artists from the Pacific Northwest, with input from local kids. The result includes many traditional playground features—but with a twist. There’s a 38-foot-long curly slide, an ADA-accessible, human-powered carousel, and a song fence that looks like a giant pan flute. There’s also a 30-foot climbing tower, as well as a labyrinth that leads to a bronze rebus, where kids can practice their riddle-cracking skills. —Karena Phan 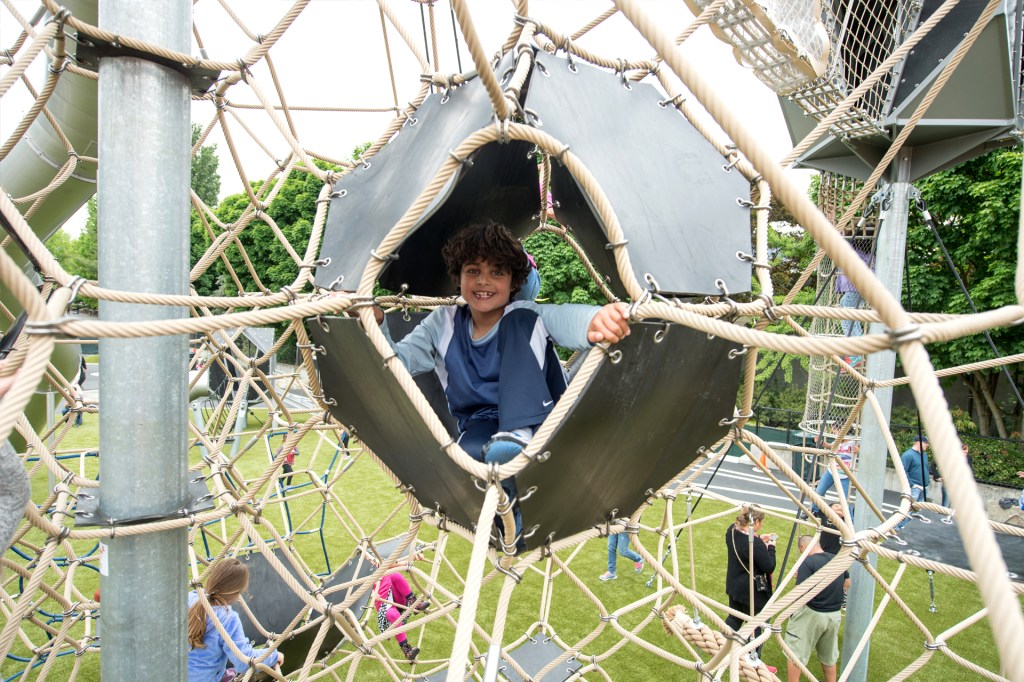 When Yukon Striker opened at Canada’s Wonderland in May 2019, it was the fastest and longest dive roller coaster in the world. Riders pause for a queasy three seconds over a 90-degree drop. Then they fall 245 feet into an underwater tunnel, reaching speeds of 81 miles per hour. The ride was inspired by the Canadian gold rush of the 1890s. Adventurers braved rough terrain in search of the precious metal hidden in the Yukon Territory. Grace Peacock works for Canada’s Wonderland. She says the park is keeping that spirit alive. “We like to keep the thrills going,” she says. “And I tend to find that the kids are braver than the adults on these rides.” —Ellen Nam 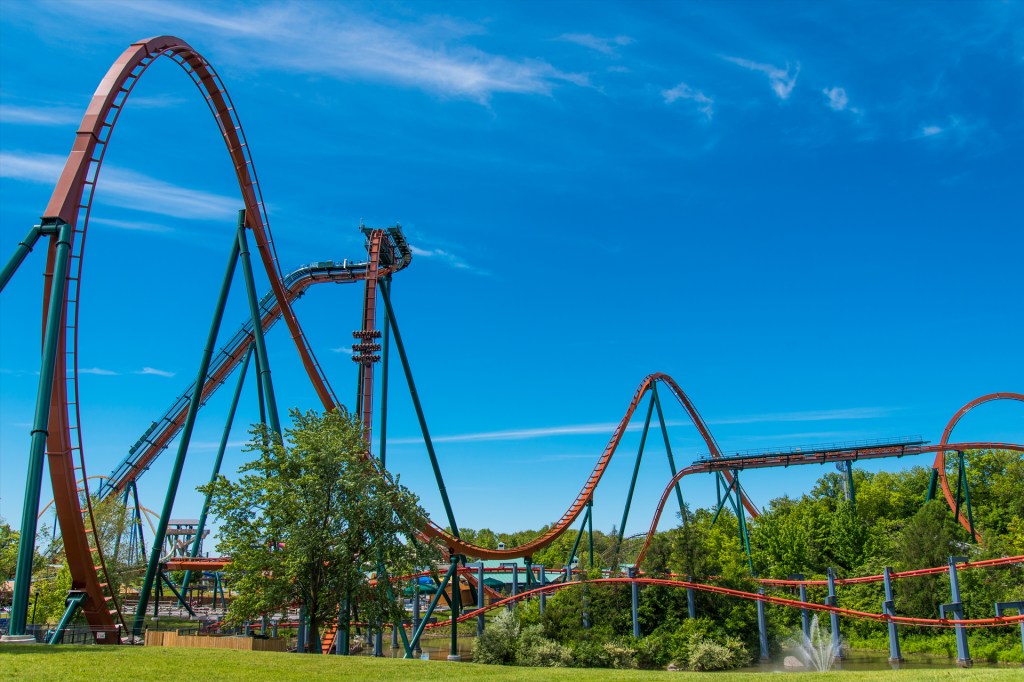 City Museum is housed in a sprawling, 10-story, 600,000-square-foot former shoe warehouse. A school bus dangles from the building’s roof. The ultimate jungle gym extends from the windows. And that’s just where the magic begins. Inside City Museum are dark caves, crashing waters, and secret passageways—plus all the ramps, domes, tunnels, chutes, and slides a kid could want. Most of City Museum’s attractions are made of recycled materials. “City Museum is an evolving sculpture,” says general manager Rick Erwin. “It’s like the world’s largest playground.” —Rebecca Katzman 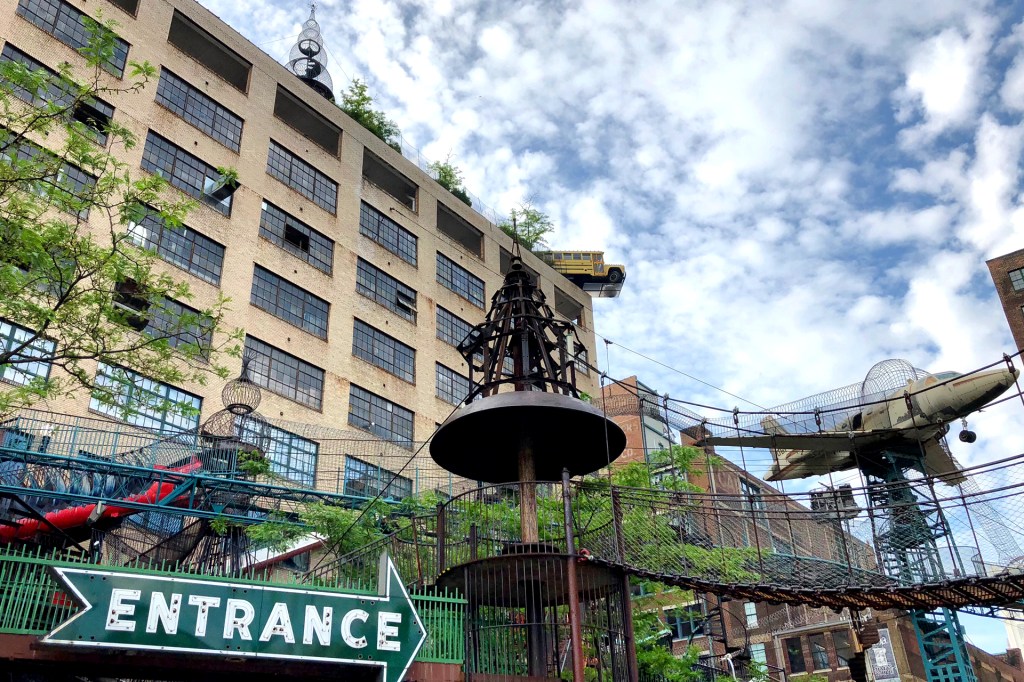 CopenHill is a clean power plant that creates energy by burning waste instead of fossil fuels. But the facility, which opened in October, has something else that makes it special: It does its part to make sustainable living fun. The roof features a public park and a recreation center that includes the world’s tallest artificial climbing wall, a hiking trail, gardens, and a 1,300-foot artificial ski slope. The slope is designed to provide the sensation of skiing. But it doesn’t rely on cold temperatures or machine-made snow. That means visitors can enjoy year-round, Earth-friendly fun. —Rebecca Katzman 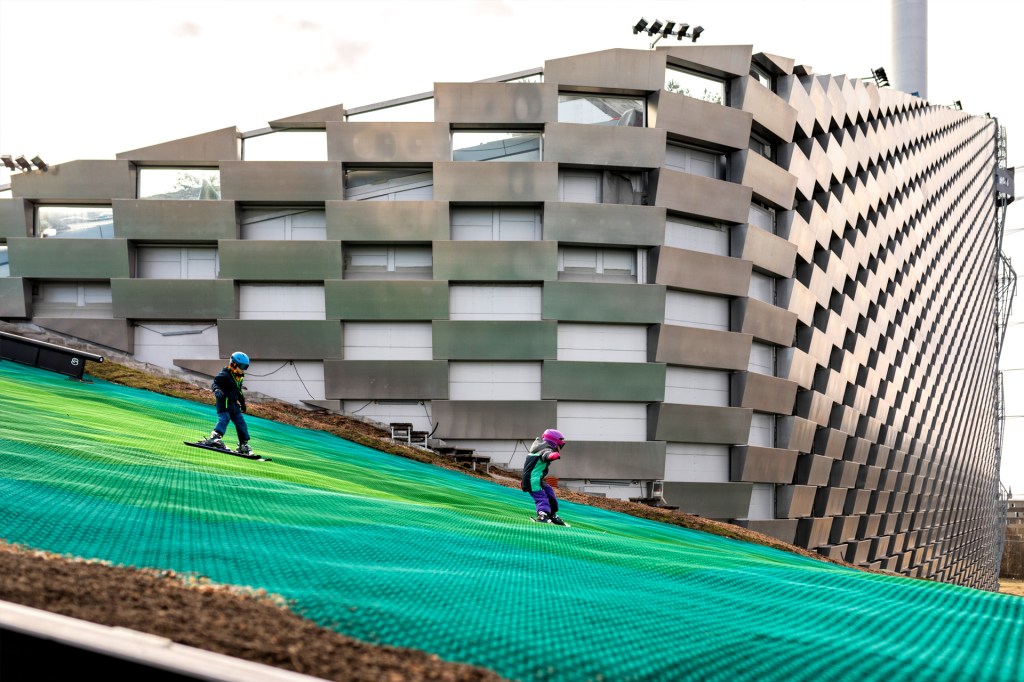 Nature and thrills meet face-to-face at Escape, an unconventional theme park in the forests of Malaysia. Escape champions a low-tech, high-energy form of play. Climbing trees, launching yourself from branches, and jumping into rivers are part of the fun. One popular attraction is Monkey Business. It’s a rope course filled with obstacles and zip lines. Banana Flip is a waterslide that launches riders high into the air. Escape recently completed construction on the world’s largest waterslide. It takes "four minutes to ride all the way through the trees and monkeys to the very bottom,” says sales-and-marketing executive Yang Yang. Also impressive: The slide was built without heavy machinery, so construction wouldn't harm wildlife. —Rebecca Katzman 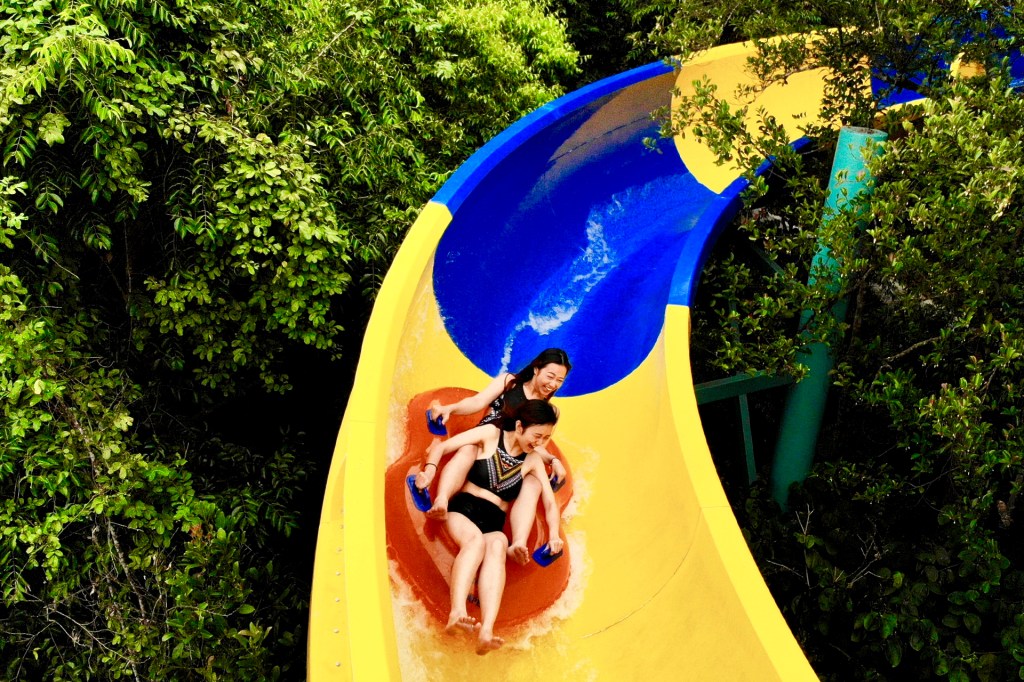 Walk into a fantasy world and choose your own adventure at Evermore, an immersive-experience theme park. The park resembles an old European village. It gives visitors a chance to meet all kinds of characters, including elves, mages, and faeries. Every season there’s a new theme based on a different Evermore myth. That means there’s always something new to discover. Go on scavenger hunts, complete quests, and take on challenges such as archery or ax throwing. “Everyone experiences and plays Evermore differently,” said Ken Bretschneider. He’s the park’s CEO and founder. “Our goal is to create these fantastical stories you get to fully step into and be fully immersed in.” —Karena Phan 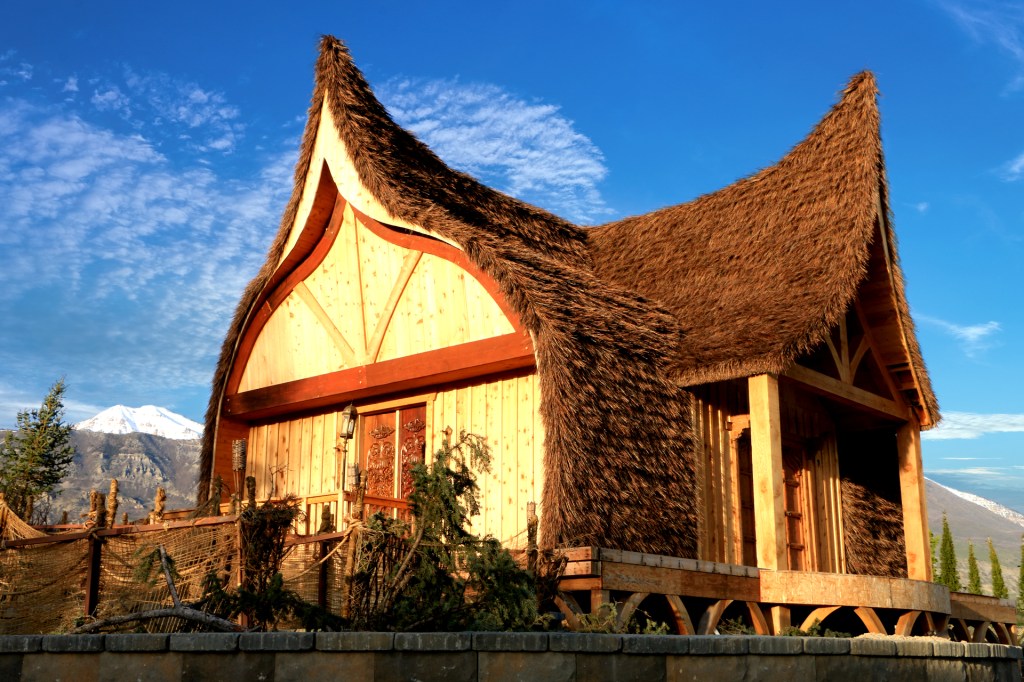 From the outside, the 130,000-square-foot Lego House looks like a large-scale version of a kid’s creation. Inside, visitors can explore everything the classic toys can do. The experience begins at the Tree of Creativity, which was crafted using more than 6 million bricks. It’s one of the largest Lego structures ever built. At the 6 Bricks Factory, guests collect a pack of a half dozen Legos that were made on-site. Each set shows visitors one of the more than 915 million possible ways those six bricks can be combined. —Constance Gibbs 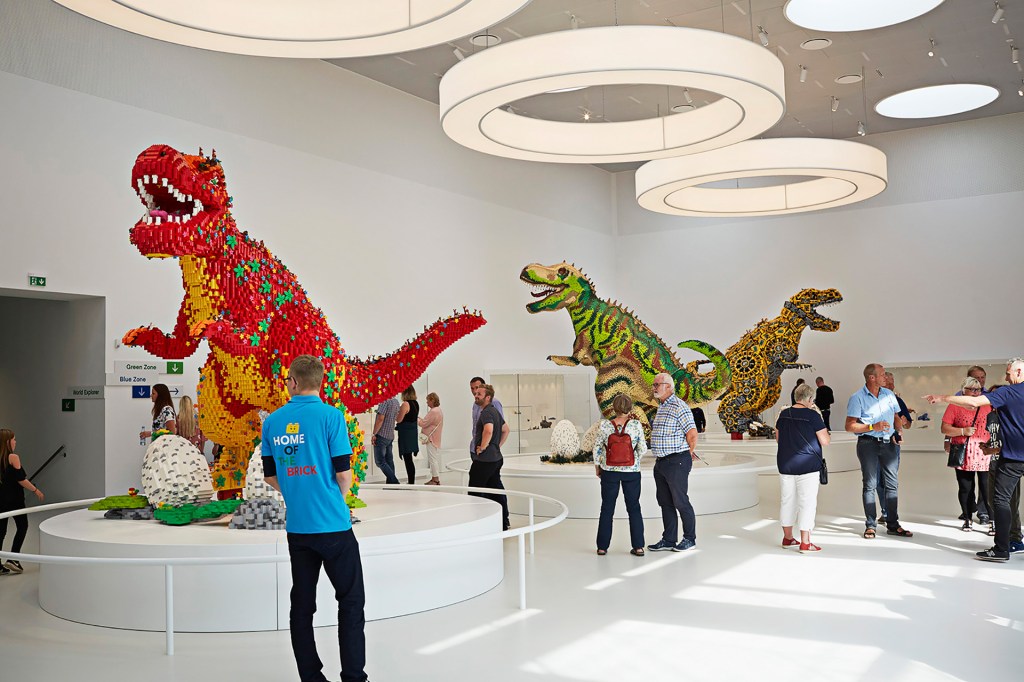 Music Box Village is a collection of small musical houses created by New Orleans artists. When visitors interact with the houses, the structures let out whistles, groans, hums, grunts, chirps, and other sounds. The results are part symphony, part cacophony. A recent addition comes from deaf artist Christine Sun Kim. She helped create Elevator Pitch, which was inspired by a game she played with her deaf friends as a child. Inside an elevator, they screamed at the top of their voices, loud enough to feel the vibrations. Inside Elevator Pitch, visitors are invited to press a button. When they do, they can feel the powerful vibrations created by deaf people’s voices. —Rebecca Mordechai 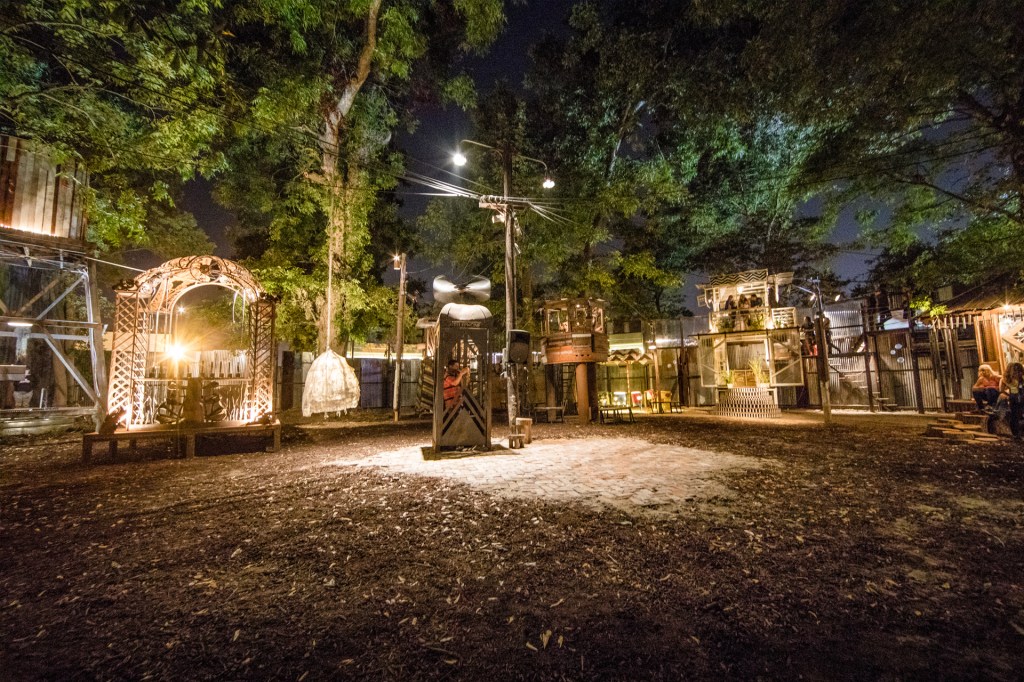 Oasis of the Seas

Oasis of the Seas, from Royal Caribbean International, is one of the largest cruise ships in the world. The vessel launched about a decade ago. But in 2019, it underwent a massive, $165-million renovation. In November, the revamped Oasis set sail in the Caribbean. The ship is so huge it’s broken into seven neighborhoods. One of these, the Youth Zone, is just for kids. On board the ship, kids have their pick of activities. These include laser tag, an escape room, and a giant slide called the Ultimate Abyss. This 10-story thriller is the tallest slide on the high seas. —Ellen Nam 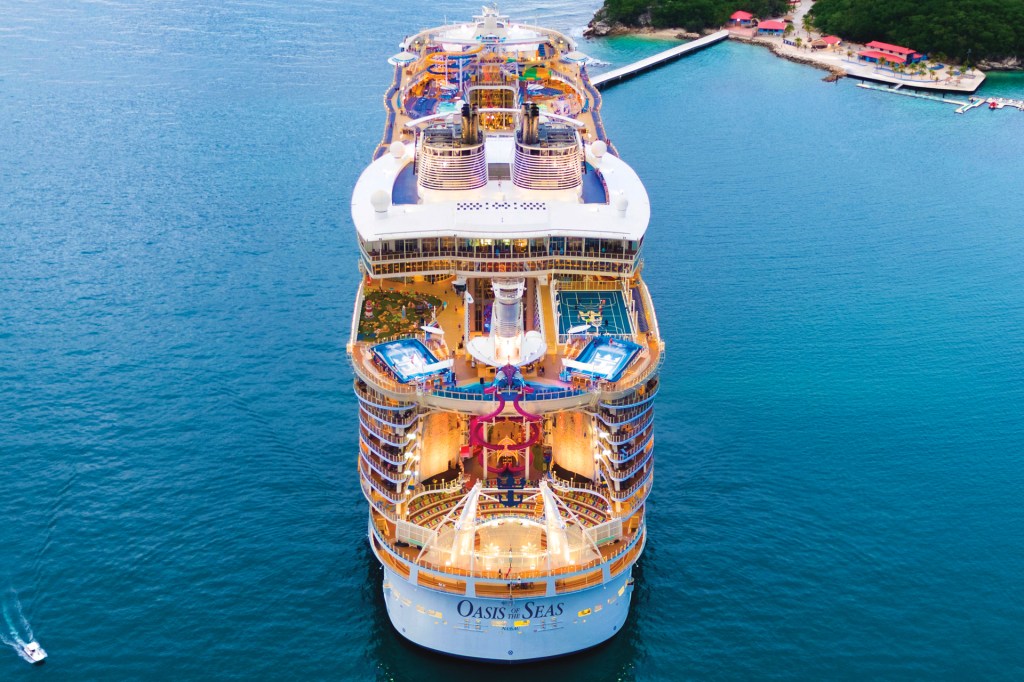 Otherworld is an art installation built by more than 40 artists. They filled a 32,000-square-foot facility with large-scale works, secret passages, and playgrounds that blur the line between virtual and digital. Each of Otherworld’s 47 rooms is designed to resemble a science-fiction fantasyland. Visitors are encouraged to explore freely. Kids can fill in magical coloring books and solve puzzles. Those who are feeling adventurous can crawl into the mouth of a giant fuzzy monster. “We want young readers to look at the world and think of new and fun ways to use the things they see,” operations director John Umland says. —Ellen Nam 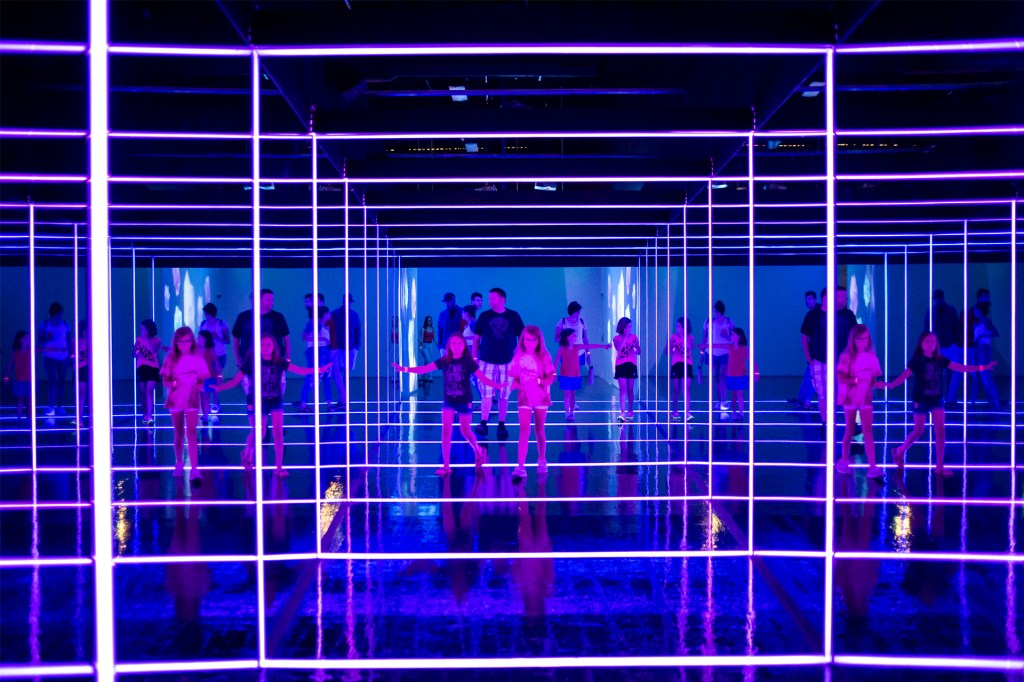 Santa Monica Pier is a well-known destination. “It has been featured in more than a thousand different movies, TV shows, and music videos,” says Nathan Smithson, who works at the pier. The Pacific Park amusement complex features classic rides and games. But the park’s centerpiece has a futuristic twist: It’s the world’s only solar-powered Ferris wheel. The eco-friendly attraction uses LED lighting. It’s more energy-efficient than the bulbs used on traditional wheels. And the structure itself is powered by the sun. That means the ride—which carries you up nine stories, until you’re hanging some 130 feet above the Pacific Ocean—comes with minimal environmental impact. —Karena Phan 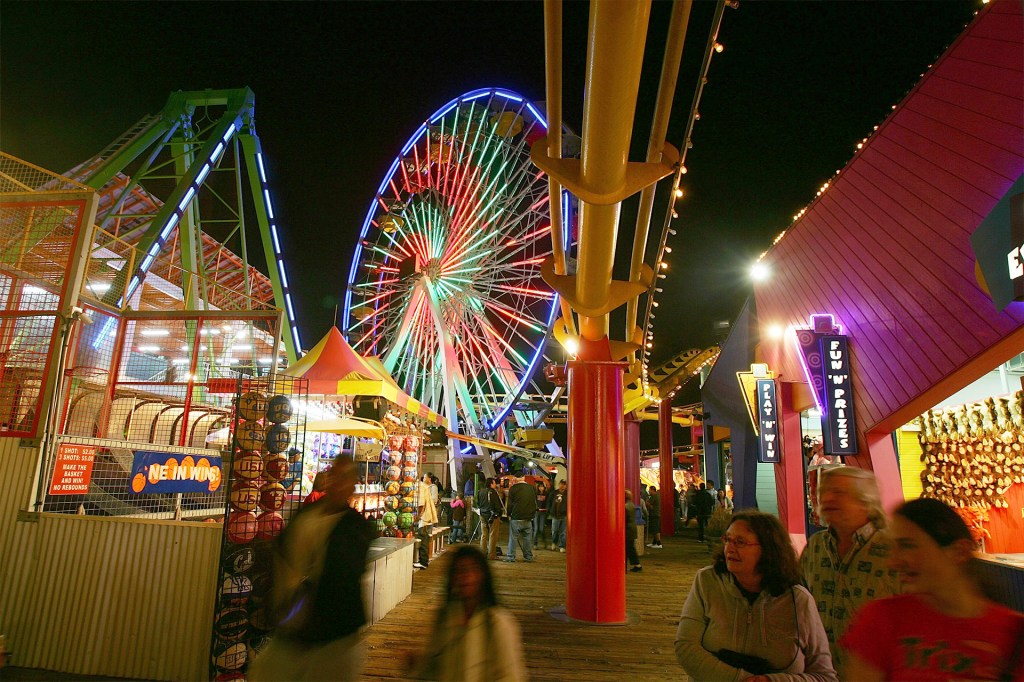 Visiting Disney World's new Star Wars attraction is like entering a galaxy far, far away. Galaxy's Edge opened in 2019 at Disney's Hollywood studios. Aspiring Jedi build their own lightsabers to prepare for battle. Then they blast off in the Millennium Falcon to embark on an interactive smuggling operation. When the mission is complete, they can refuel with Luke Skywalker’s favorite drink, blue milk, before stopping at the Droid Depot. There, they can customize their own droid friend to take along when they return to their home planet. —Constance Gibbs 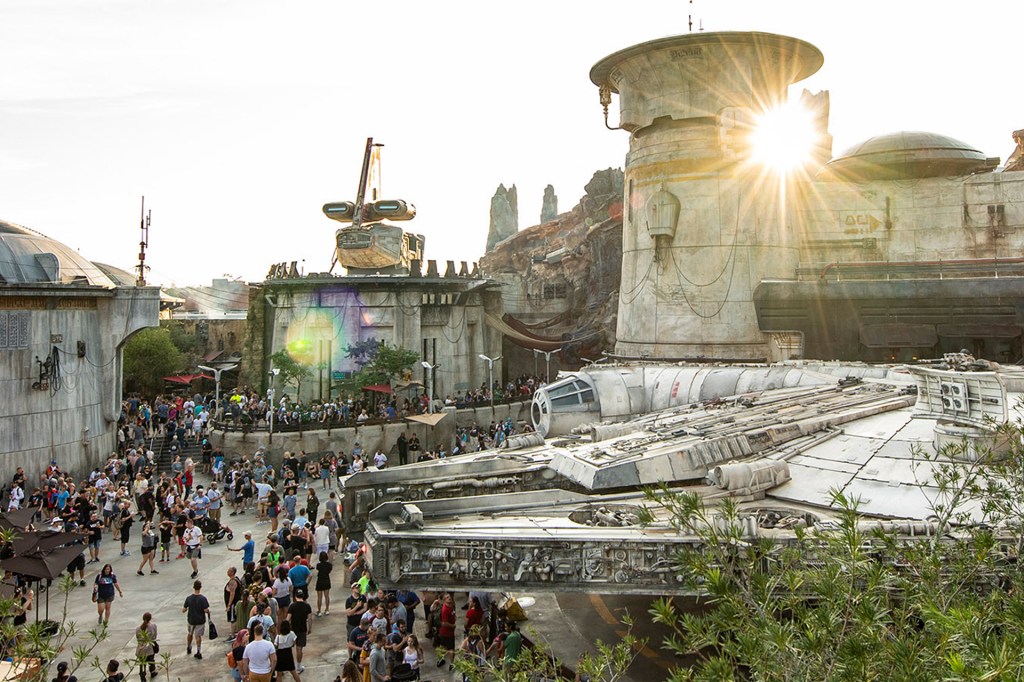 Canada and the United States

Dr. Seuss stories come to life at the Dr. Seuss Experience. This traveling 15,000-square-foot installation transforms the beloved author’s books into an interactive adventure. Susan Brandt is the president of Dr. Seuss Enterprises. She says the project “introduces kids to the Dr. Seuss world in a new and unique way.” Visitors can walk through a balloon-filled maze inspired by Oh, the Places You’ll Go!, wander among Truffula Trees from The Lorax, and take a ride on a Seuss-themed carousel. The Dr. Seuss Experience kicked off in the fall, in Toronto, Canada. It will travel to multiple cities across the United States. —Rebecca Mordechai 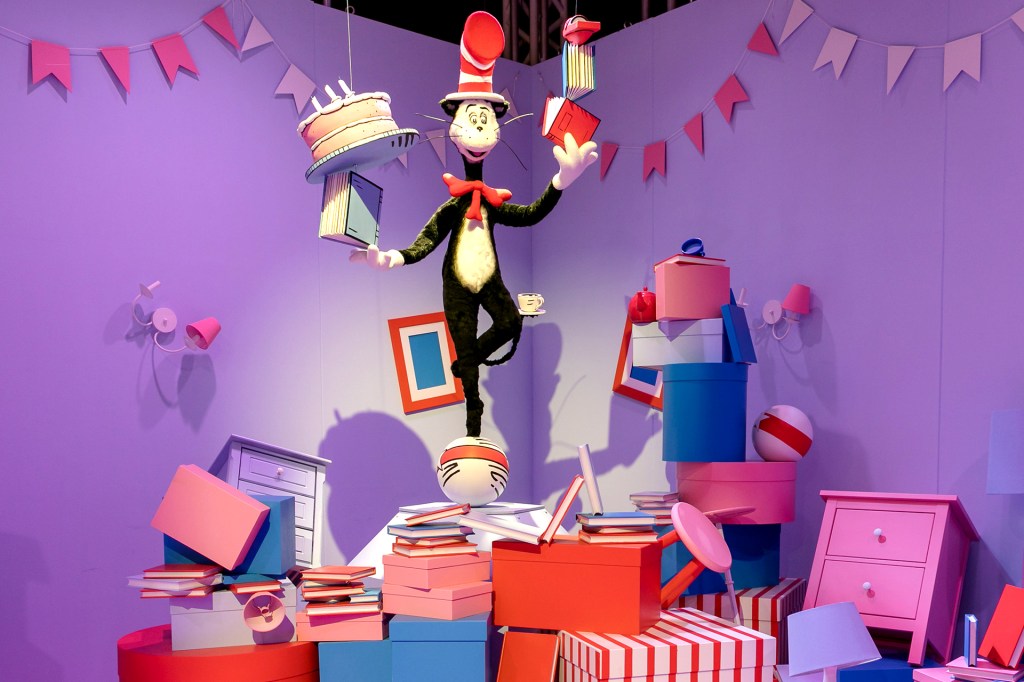 Historically, Tulsa, Oklahoma, has struggled with inequality. Local philanthropist George B. Kaiser wanted to help fix that. His approach: to help fund the creation of a $465 million park on the city’s waterfront. Gathering Place opened in 2018. It’s free and open to the public, and it was designed to bring the people of Tulsa together. The park features a BMX track, a skate park, a pond, and public art exhibits. There’s also a five-acre adventure playground, complete with climbing towers, a water feature so impressive it’s called Charlie’s Water Mountain, and a sensory garden that encourages visitors to experience the park using all five senses. “Play is universal,” says executive director Tony Moore. “It doesn’t matter the color of your skin.” —Shay Maunz 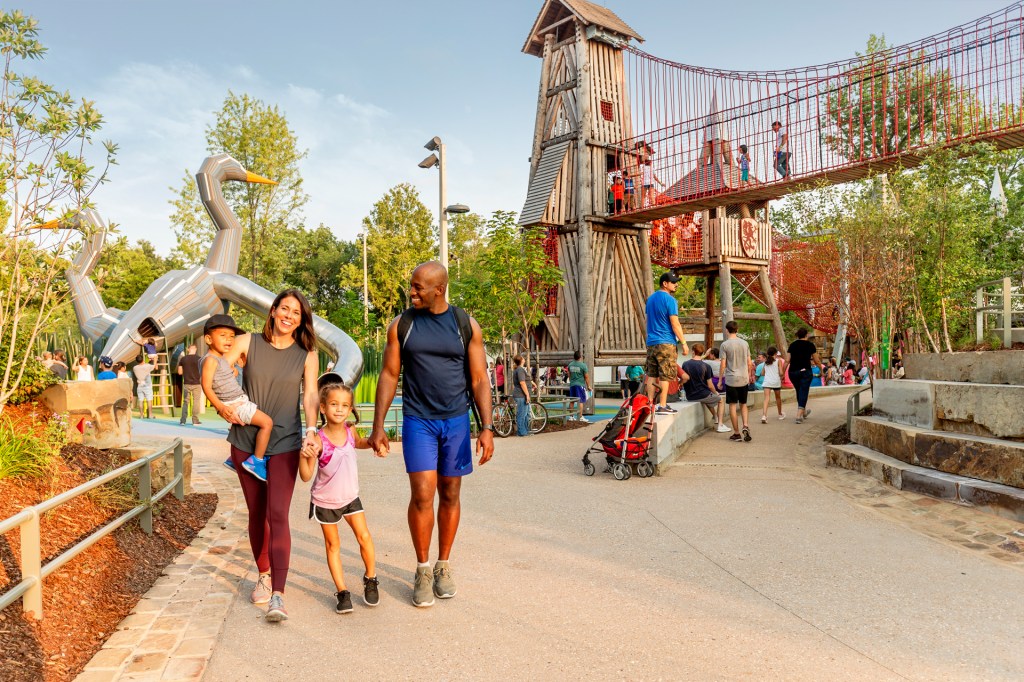 The original version of this story misstated how far along Escape was in building the world's largest waterslide. The theme park recently completed construction on the waterslide, they are not in the process of building it. 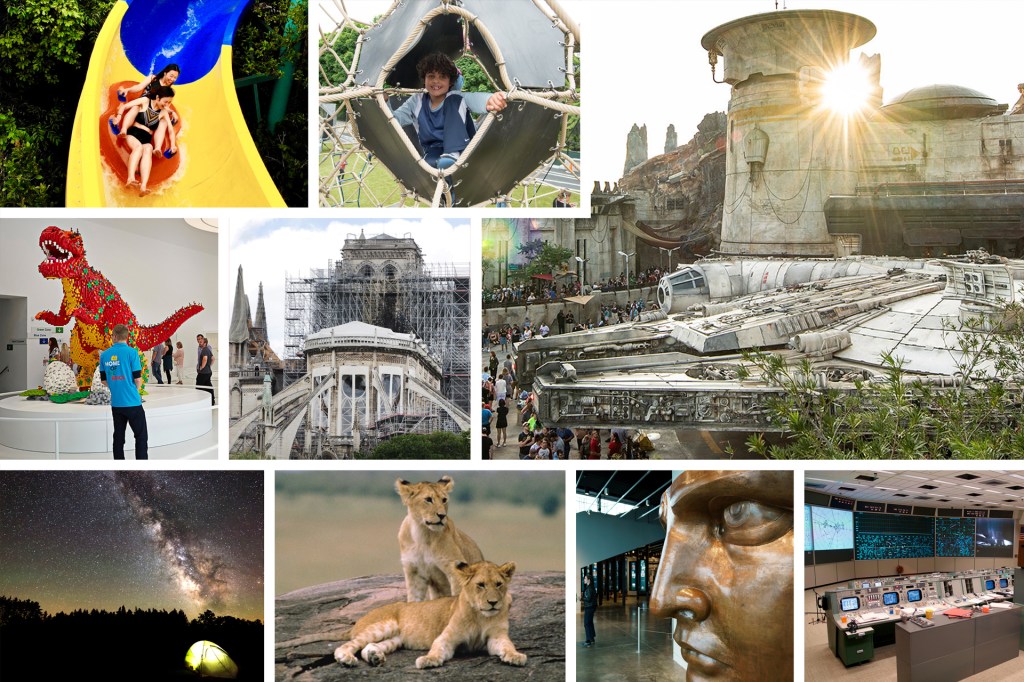