In July, the members of the United States women’s soccer team fought their way to a fourth World Cup win. Now their focus is on a different struggle: the fight for equal pay.

The team members have filed a lawsuit against the U.S. Soccer Federation. It says the women’s national team is paid less than the men’s team despite having more victories. The women’s team also gets less money for winning tournaments. At the men’s 2018 World Cup, the team prize was $400 million. The prize for the 2019 Women’s World Cup was $30 million. 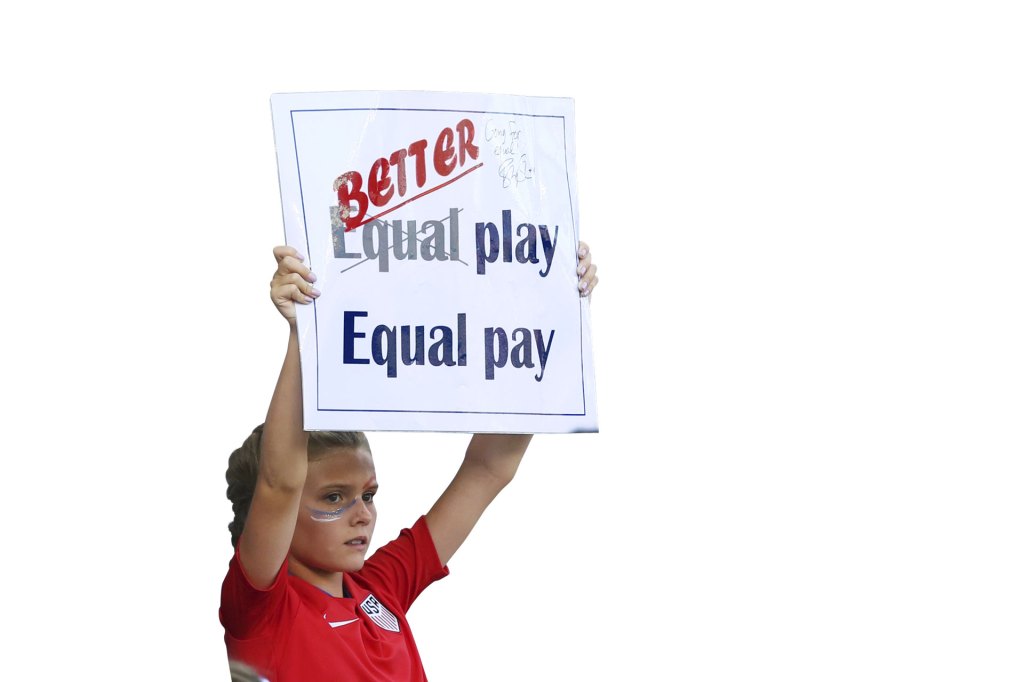 SIGN OF SUPPORT This soccer fan shows her support for equal pay at a Team U.S.A. match in July 2018.

In many fields, not just on the soccer field, women are fighting to be paid equally. “The gender pay gap is the gap between what women and men are paid” for the same work, says Kim Churches, CEO CEO 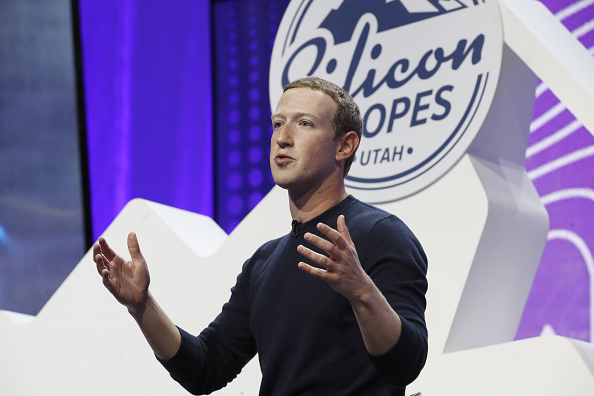 BLOOMBERG/GETTY IMAGES chief executive officer; a leader of a company (noun) Mark Zuckerberg is the CEO of Facebook. of the American Association of University Women. According to the association, American women earn 82¢ for every dollar American men make. Other groups put the number a bit higher or lower. “But no matter what calculation you use,” Churches says, “the conclusion that women are paid less than men is consistent.”

Understanding the pay gap means looking back at history. Women were not always part of the workforce. But during World War II, many men were sent to war. Women kept businesses and factories running. The war ended in 1945, but some women continued to work. 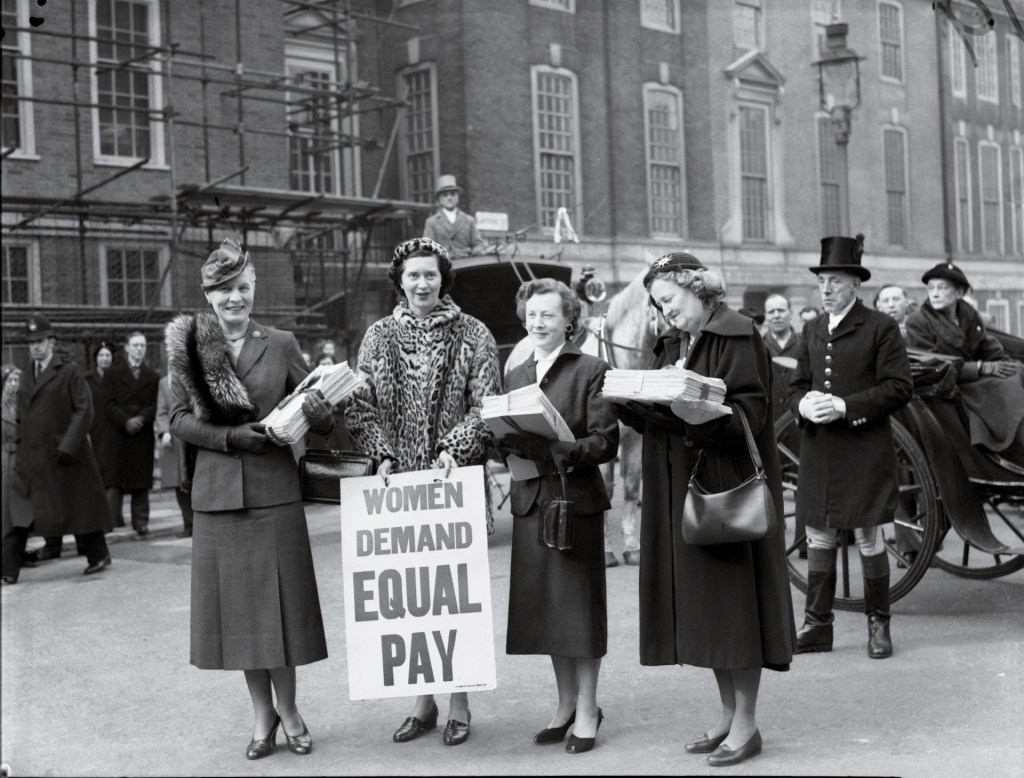 WORLDWIDE ISSUE The gender pay gap isn’t a problem only in the United States. Women in countries around the world have struggled throughout history to be paid as much as men. This photograph taken in 1954 shows four female politicians—Edith Summerskill, Patricia Ford, Barbara Castle, and Irene Ward—who campaigned for equal pay in the United Kingdom.

Though women were doing the same jobs as men, they weren’t paid the same. Part of the reason was that they had less experience or education. But it was also assumed that a man was a breadwinner breadwinner 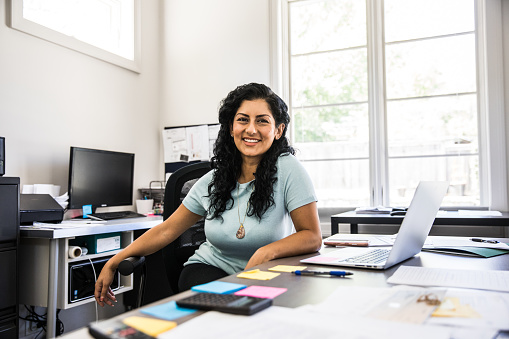 MOMO PRODUCTIONS/GETTY IMAGES a person who earns the majority of the money that supports a family (noun) In my family, my mom is the breadwinner. and a woman was supporting only herself or had a husband who contributed to the household income.

According to the U.S. Department of Labor, there are more women than men in the workforce today. So why does the pay gap still exist? And what’s being done about it?

One reason is there are more men in top jobs, and top jobs pay more. In 1972, Katharine Graham became the first-ever female CEO of a Fortune 500 company when she took over the Washington Post. Since then, more than 60 women have served as CEO of a major company. This number is growing. 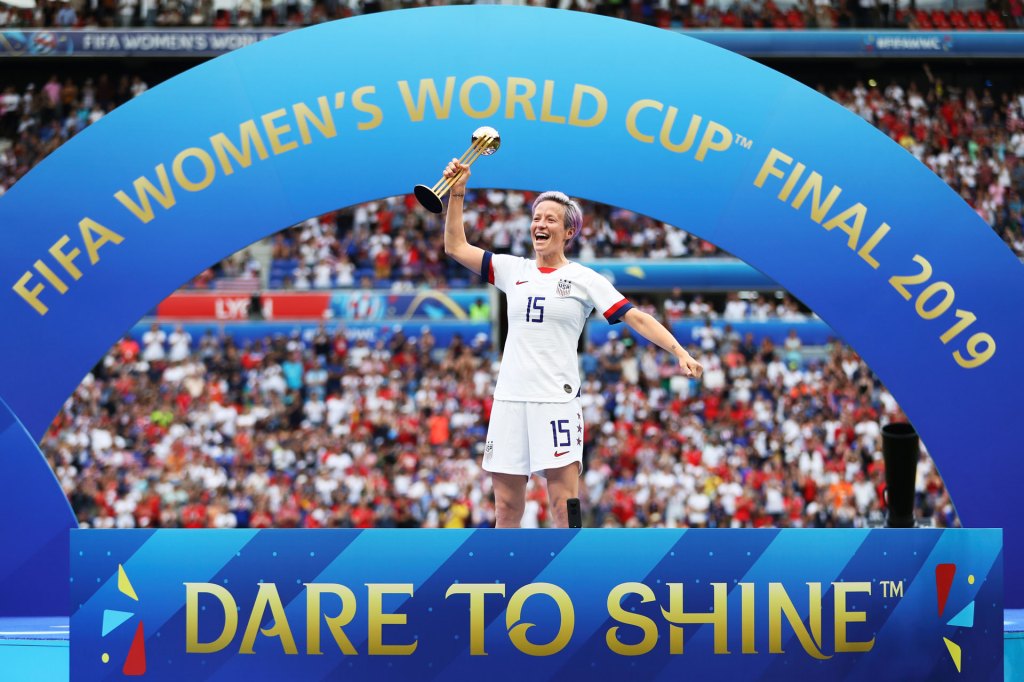 Many companies are doing their part to address the gender pay gap. Apple, Intel, and Starbucks, for example, have taken steps to ensure women and men doing the same work are paid the same amount. And women in all fields are continuing to fight to close the gap. The U.S. women’s soccer team may soon appear in court to demand equal pay. “Eventually,” team member Alex Morgan told TIME, “you just have to take a stand.”