What should you do if you see a problem? Find a solution. That is what Alex Knoll, 12, believes. Alex lives in Post Falls, Idaho. One day, he saw a man struggling to open a heavy door. The man was in a wheelchair.

Alex had a question. Could the man go online to see if a store had automatic doors? That way, the man would know if he could access access 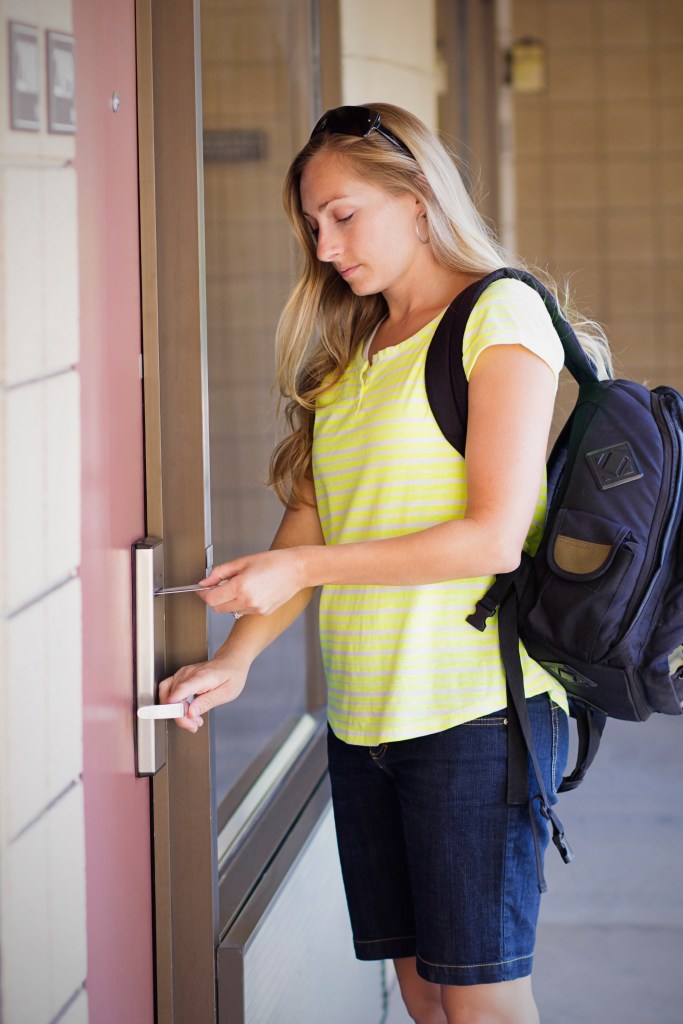 GETTY IMAGES to reach or gain entry to; to make use of (verb) Teri used a special pass to access the building. the store. “I looked it up and I couldn’t find anything,” Alex told TIME for Kids. “So I thought of the idea and I created it.” 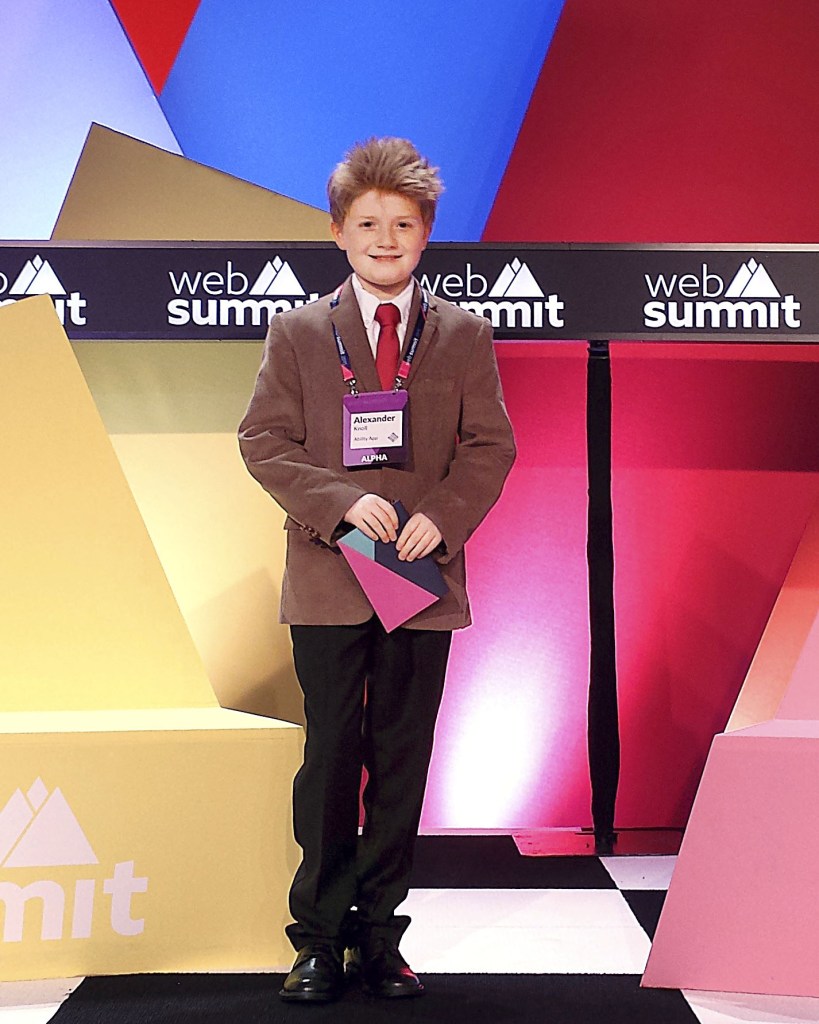 Alex Knoll was 9 years old when he had the idea for Ability App. He spoke about the invention at a meeting in Ireland.

Alex came up with the idea three years ago. He calls it Ability App. Alex has a website about the app. It says the app will help people with disabilities “navigate navigate 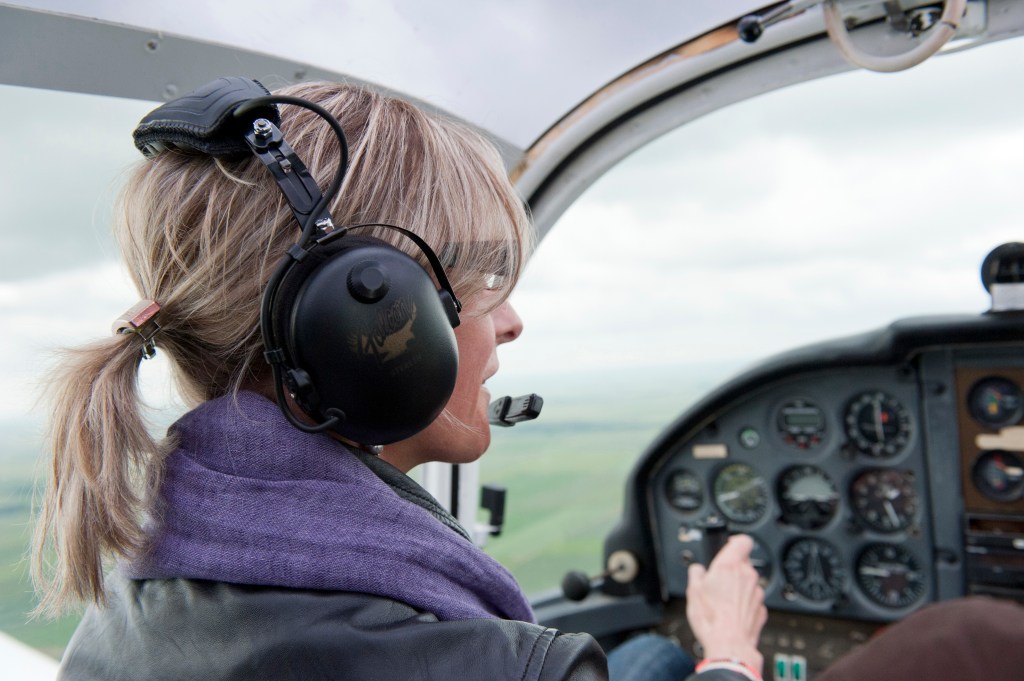 DANIEL THIERRY—GETTY IMAGES to find one's way through (verb) The pilot navigated his plane through the storm. public spaces.”

Talk-show host Ellen DeGeneres heard about Alex’s idea. She liked it. She had Alex on her show. She surprised him with a $25,000 check. “I think it’s really going to help me get going” with building the app, Alex says. 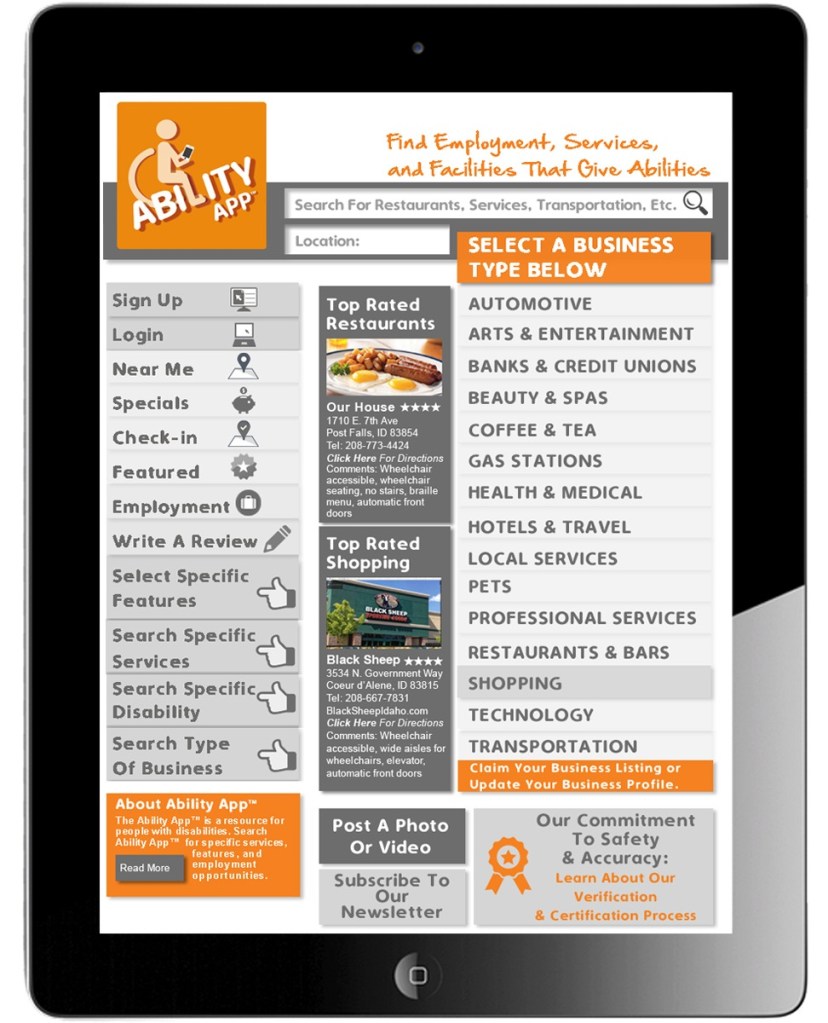 Ability App will help people with disabilities. This is what the app will look like. Alex Knoll is raising money to complete the project.

Worldwide, there are more than a billion people with some kind of disability. That is according to the World Health Organization. A disability can make it hard for a person to do everyday activities. It can make it hard to find a job. Alex’s app will help people learn about jobs.

Tara Miller is a friend of Alex and his parents. She uses a wheelchair. She helps Alex. She tells him what it is like to live with a disability. 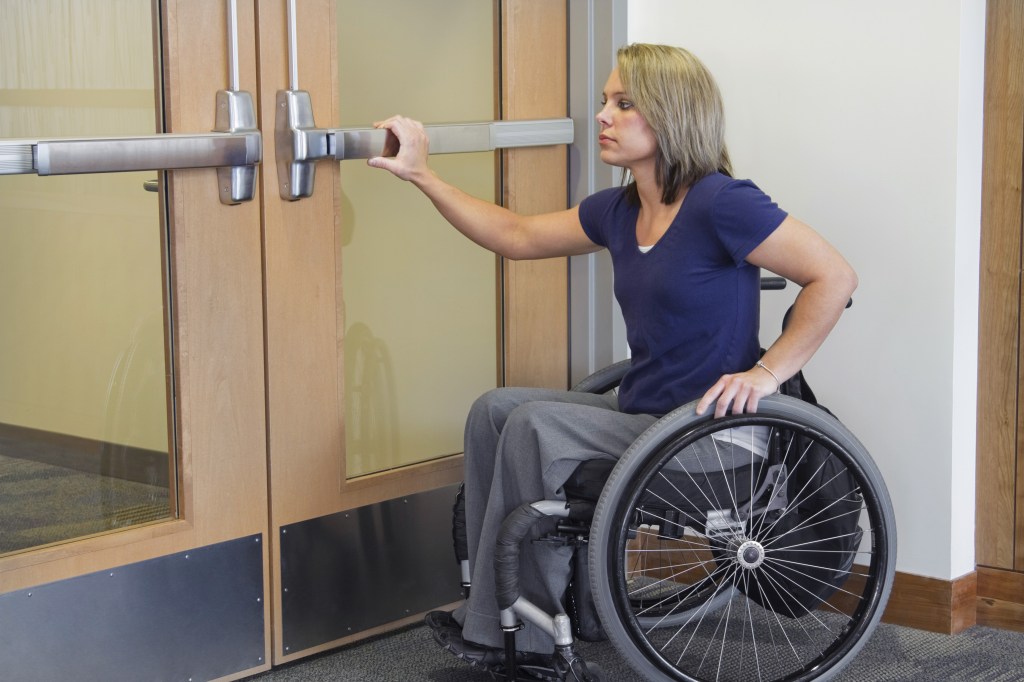 Opening a door can be hard for a person who uses a wheelchair.

“If he has questions, I’m there to answer anything,” Miller says. It’s little things, like low tables in restaurants, that can make a huge difference for people like her.

Alex is determined to bring Ability App to life. “I’m going to work as hard as I can and as fast as I can,” he says.