Animals on the Move

Many creatures migrate. They travel in big groups from one place to another. Some animals migrate when the weather changes. Others set off to find new sources of food and water.

Lots of animal migrations take place in Africa. Here, you can read about three of them. 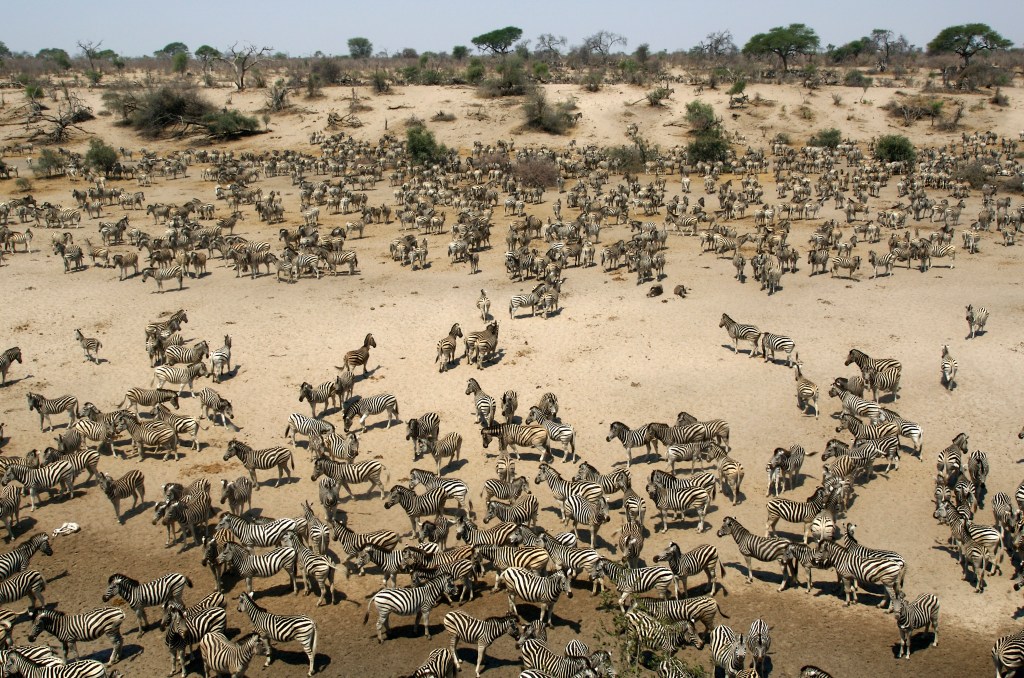 As the seasons change, ZEBRAS travel in large groups. A big group of zebras is called a dazzle. Some dazzles migrate 300 miles. They make the trip year after year. Why do zebras go so far? They are looking for better grass to graze on. Hundreds of thousands of zebras make the journey together. That’s a lot of stripes. 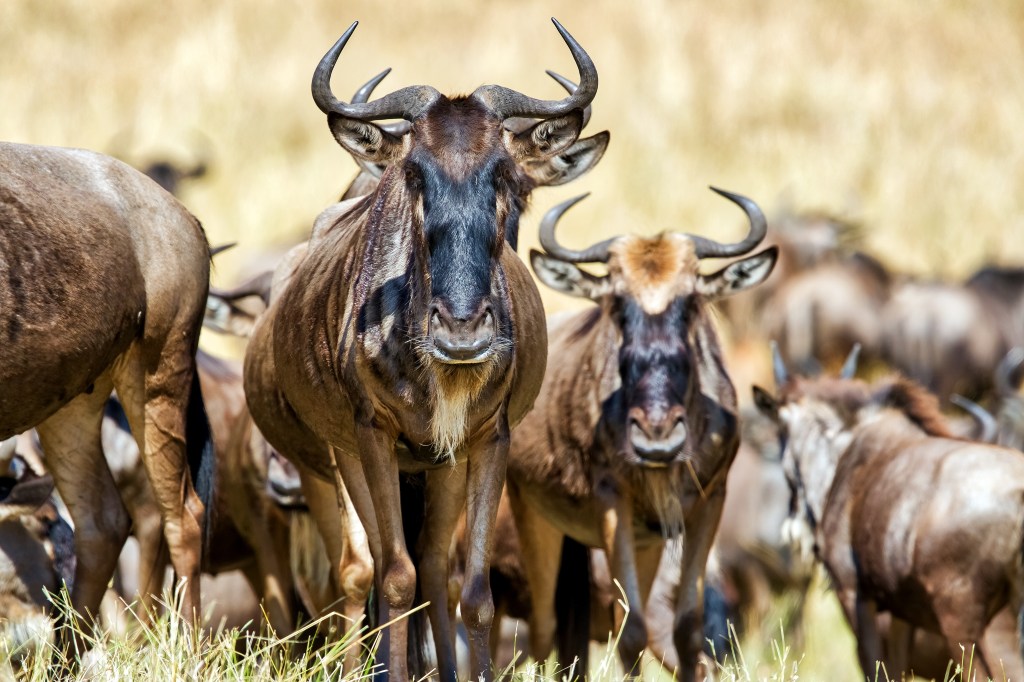 Here come the WILDEBEESTS. These African antelopes are always on the move. They travel by day and by night. Their journey can take them through rivers and streams. Wildebeests are good swimmers. But crossing the water is dangerous. Sometimes, wildebeests migrate alongside zebras. Both mammals munch on grass. 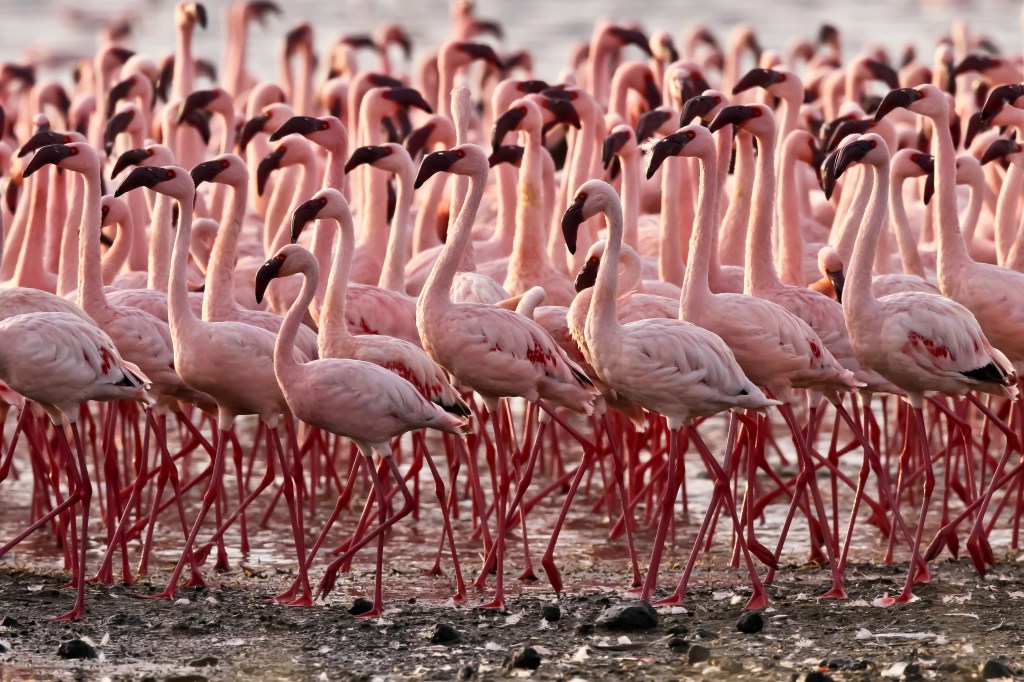 Bird migrations are common in Africa. Take FLAMINGOS, for example. These pink birds fly together in V formations. They head for Africa’s salt flats. A salt flat is a body of water that has dried up. During the rainy season, a salt flat becomes a wetland. It’s a great habitat for flamingos. They like to feast on tiny creatures, such as shrimp. Tasty!