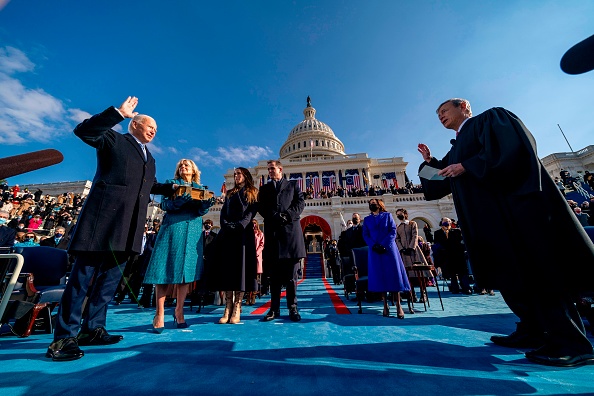 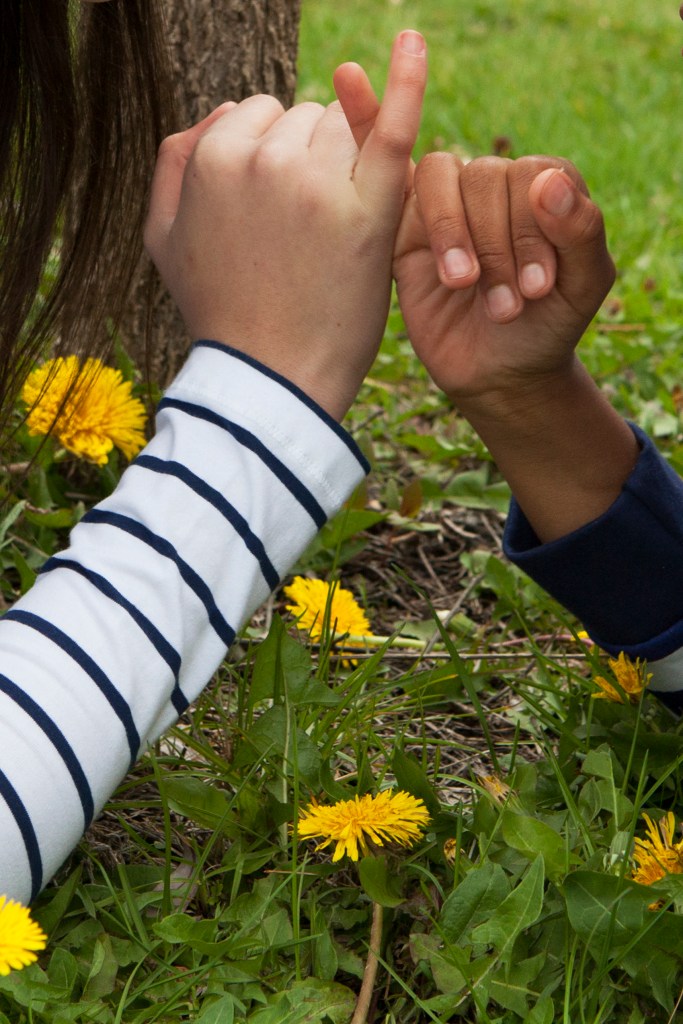 KATHY QUIRK-SYVERTSEN/MOMENT MOBILE a formal promise to tell the truth or do something (noun) She promised to not break her oath to me. of office at the U.S. Capitol. It’s in Washington, D.C. Then he gave a speech. He called for unity. “My whole soul is in this: bringing America together, uniting our people, and uniting our nation,” he said. 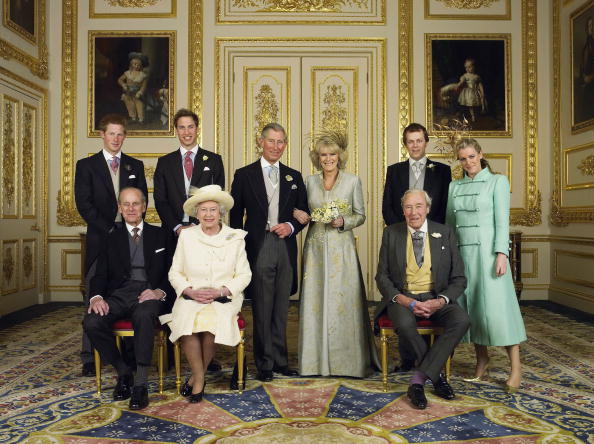 HUGO BURNAND/POOL—GETTY IMAGES a person's ancestry; heritage (noun) I like reading about people of royal descent. to do so.

Joe Biden takes the oath of office. He uses a Bible that has been in his family since 1893.

Usually, many people travel to Washington, D.C., for a presidential inauguration. But not this time. Because of the COVID-19 pandemic, crowds were limited. Instead, nearly 200,000 flags were planted on the National Mall. They stood for people who were unable to attend.

Three former presidents were there: Barack Obama, George W. Bush, and Bill Clinton. So was the outgoing vice president, Mike Pence. President Trump did not go to the inauguration. He was the first outgoing president to skip the event in 152 years. Andrew Johnson skipped the inauguration in 1869. 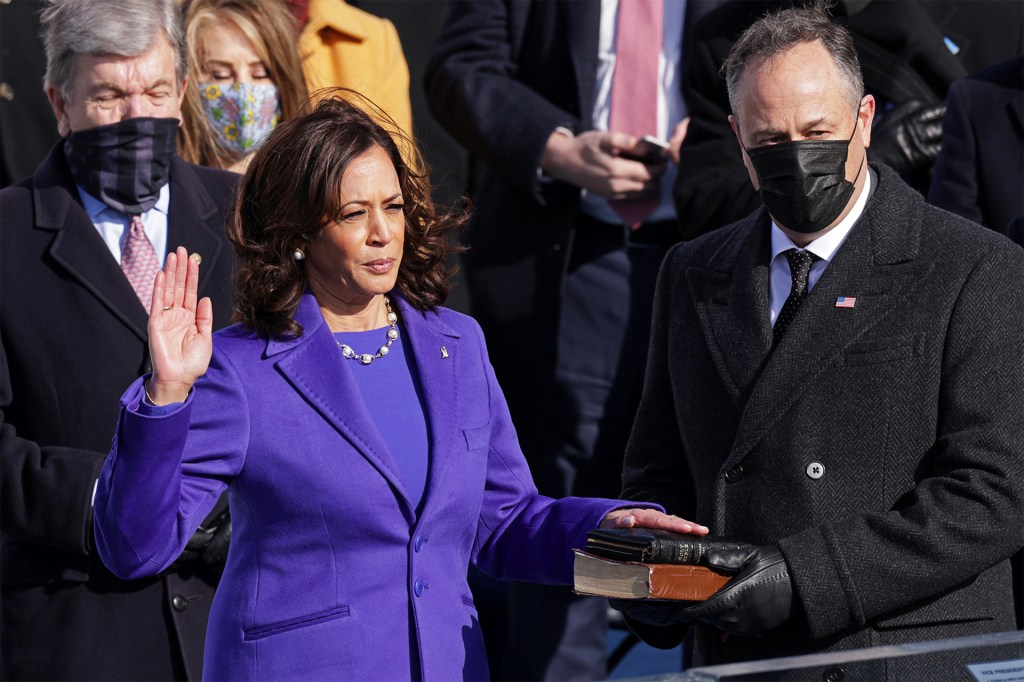 Kamala Harris is sworn in as vice president. Her husband, Doug Emhoff (right), is the nation’s first-ever Second Gentleman. 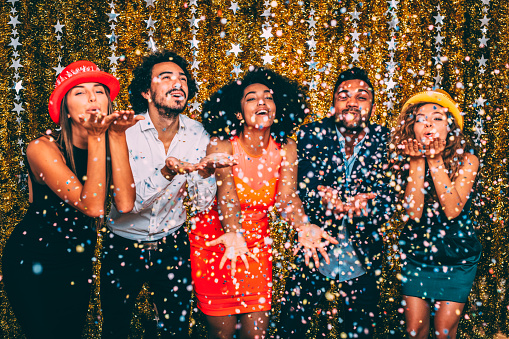 TODOR TSVETKOV—GETTY IMAGES enjoyable activities on a holiday or other special occasion (noun) We enjoyed the New Year's Eve festivities. continued into the night. Harris gave a speech from the Lincoln Memorial. She echoed Biden’s message. She called on Americans to “believe in ourselves, believe in our country, believe in what we can do together.” Later, a fireworks display lit up the sky.