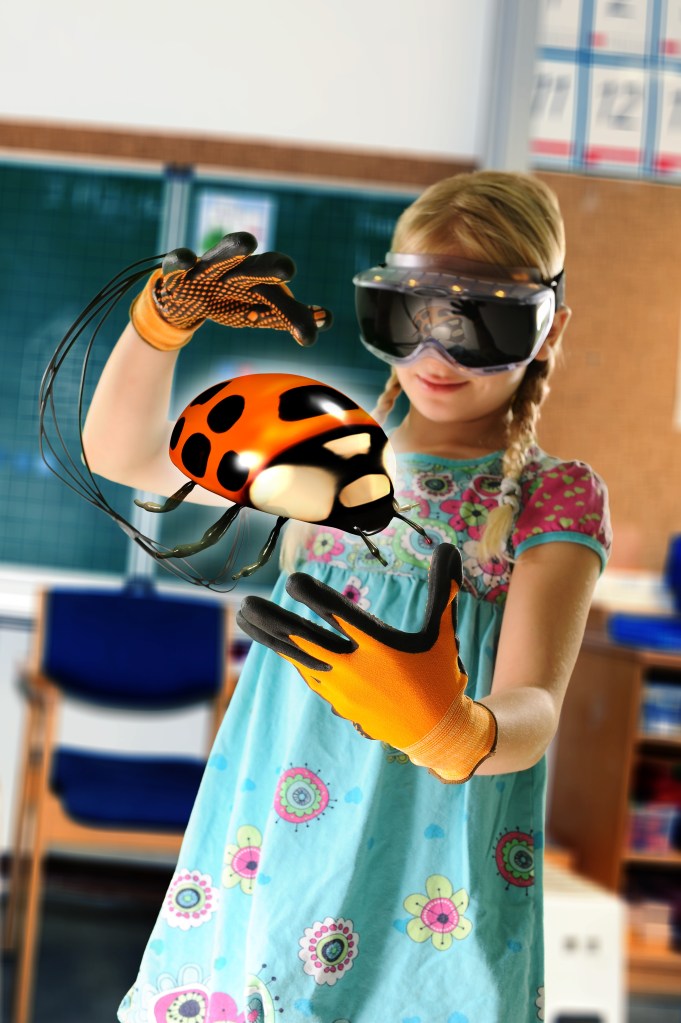 KAPE SCHMIDT—GETTY IMAGES an artificial, or fake, environment which is experienced through sights and sounds provided by a computer (noun) Elaine used virtual reality to learn about insects. (VR), students don’t need to imagine it. They can experience it. They don’t even have to leave their classroom. 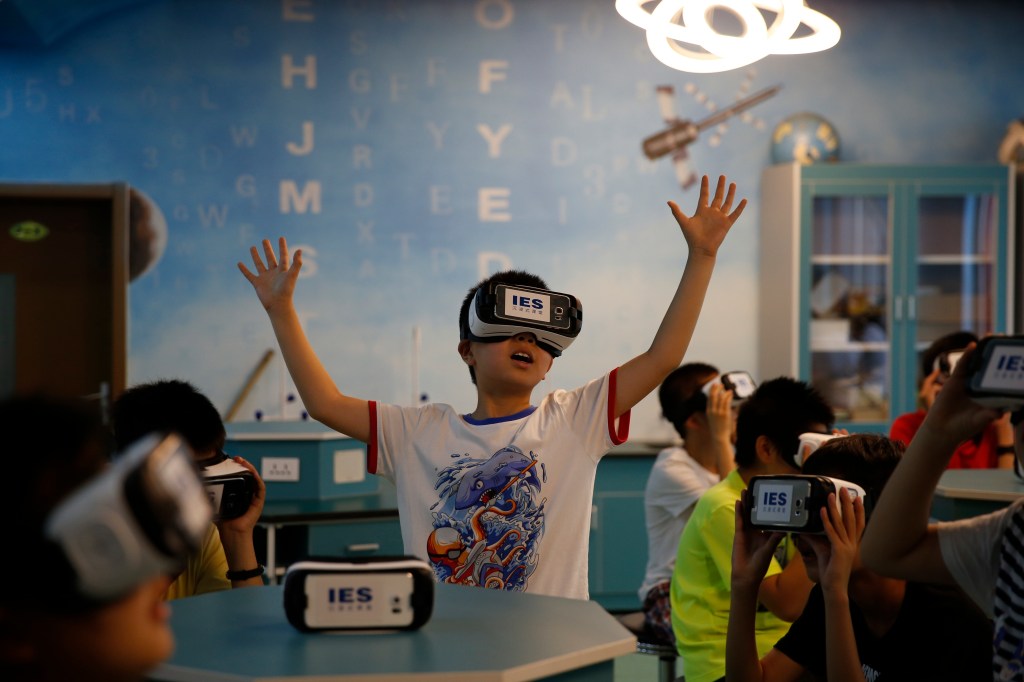 Students use virtual-reality headsets in science class in Beijing, China.

Many teachers are starting to use VR. Monica Crudele is a third-grade teacher. She works at Borough School, in Morris Plains, New Jersey. Her students saw the 1969 moon landing with VR. “Some students were nervous. They thought they were going to get dizzy,” Crudele told TFK. “But they loved it.”

Katelyn Flanagan was 10 when she tried it. She liked going to the moon better than looking at pictures of the event. “It was so cool and so lifelike,” she says.

Virtual reality is not new. The technology has been around for more than 50 years. But it is getting better all the time. For that reason, it is becoming more popular. 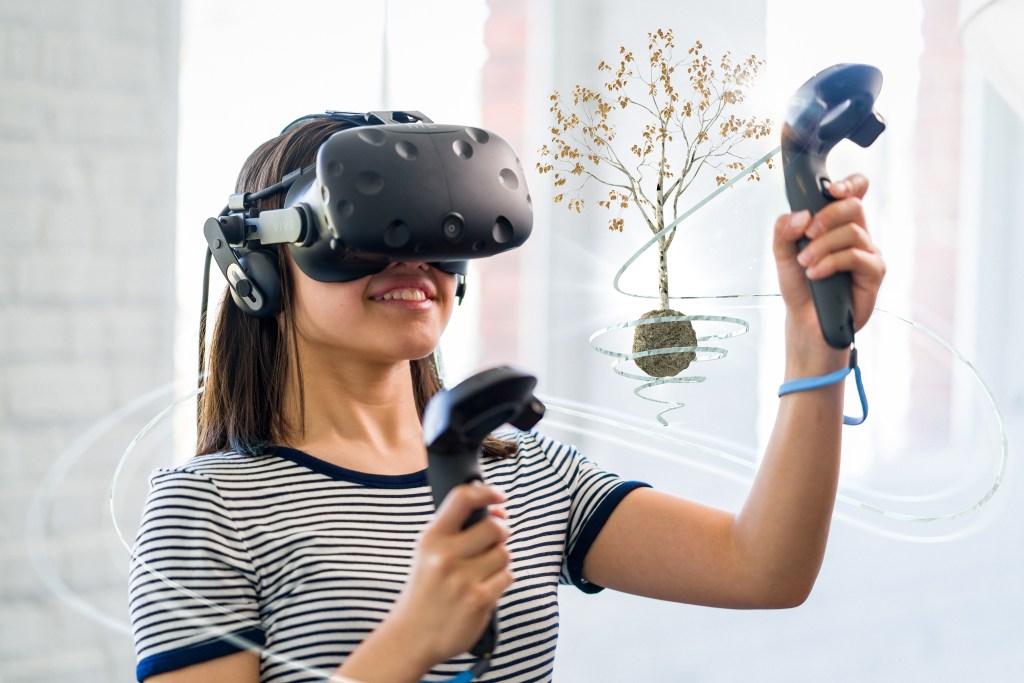 A girl uses a headset to see a 3D image of a tree.

VR allows users to explore a 3D setting with a computer. They wear a headset over their eyes. They sometimes wear headphones for sound. Users say it feels like jumping into a video game.

Some parents and teachers have concerns about VR. The first problem is the cost. Many schools do not have enough money for the headsets.

The second problem is that it may be too much technology for young eyes and young minds. “I’m not worried about it in small doses,” Crudele says.

Katelyn agrees. “I would like to go places I’ve never been, like Ireland and Greece,” she says. “It could be a good history lesson.”

Would you like to try VR? The possibilities are endless. 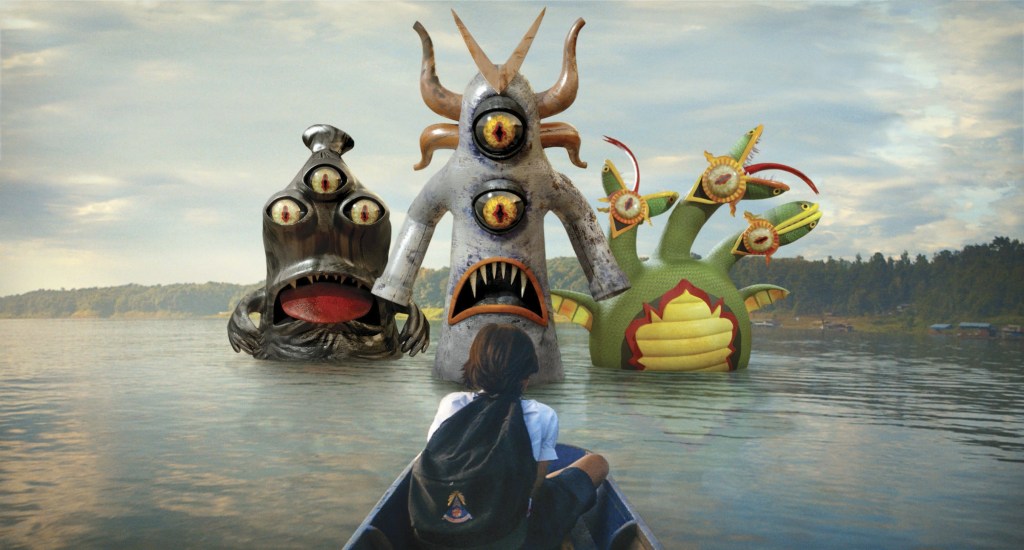 Water Is Life is a nonprofit group. It teaches people about the importance of clean drinking water.

The group made a VR game called Hidden Dangers. The game shows the danger of drinking from a dirty body of water in Thailand. Kids there use a water-filtration straw to stay healthy.

The game uses animated monsters. They stand for types of water pollution. Players fight the monsters. They blast them with clean water. The water comes from a virtual water-filtration straw.