When Raina Telgemeier was a kid in the 1980s, she fell in love with comics. “They were the perfect combination of all the things I liked: characters and stories and humor and artwork,” she told TIME for Kids.

But she had a problem: a shortage of reading material. At the time, two types of comics were widely available to kids. There were comic books about superheroes, which weren’t her thing. She wanted comics that told stories she could relate to as an ordinary kid. And there were newspaper comic strips. Telgemeier loved some of them, especially Calvin and Hobbes, but she wanted more.

At around 10, she started drawing her own comics. Twenty-three years later, she published Smile. It’s a graphic memoir memoir 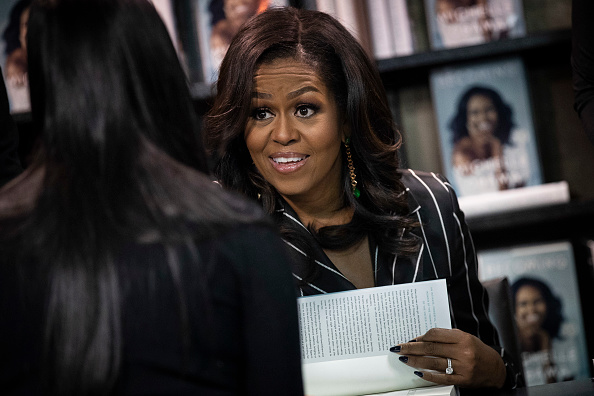 Before Smile was published, in 2010, it wasn’t clear the book would succeed, Telgemeier says. Some people who worked in the publishing industry figured that kids wouldn’t enjoy a graphic novel about an average girl. But Telgemeier suspected they were wrong. “I knew I couldn’t possibly be the only kid interested in people and emotions and everyday problems,” she says.

She was right. Smile became a Number 1 best-seller. Since then, Telgemeier has published several more popular graphic novels. There are more than 18 million copies of her books in print. Telgemeier’s success has made a big impact impact 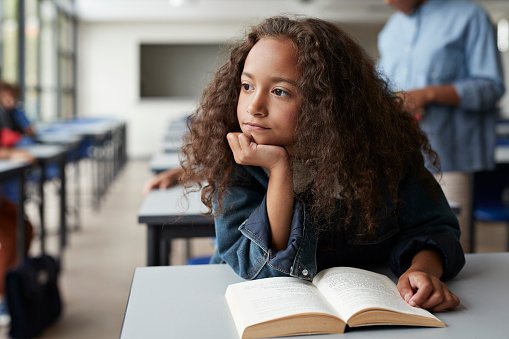 KLAUS VEDFELT—GETTY IMAGES the effect something has (noun) The book's impact on Susan was that it inspired her to become a writer. . Industry experts say she paved the way for many more graphic novels for kids. 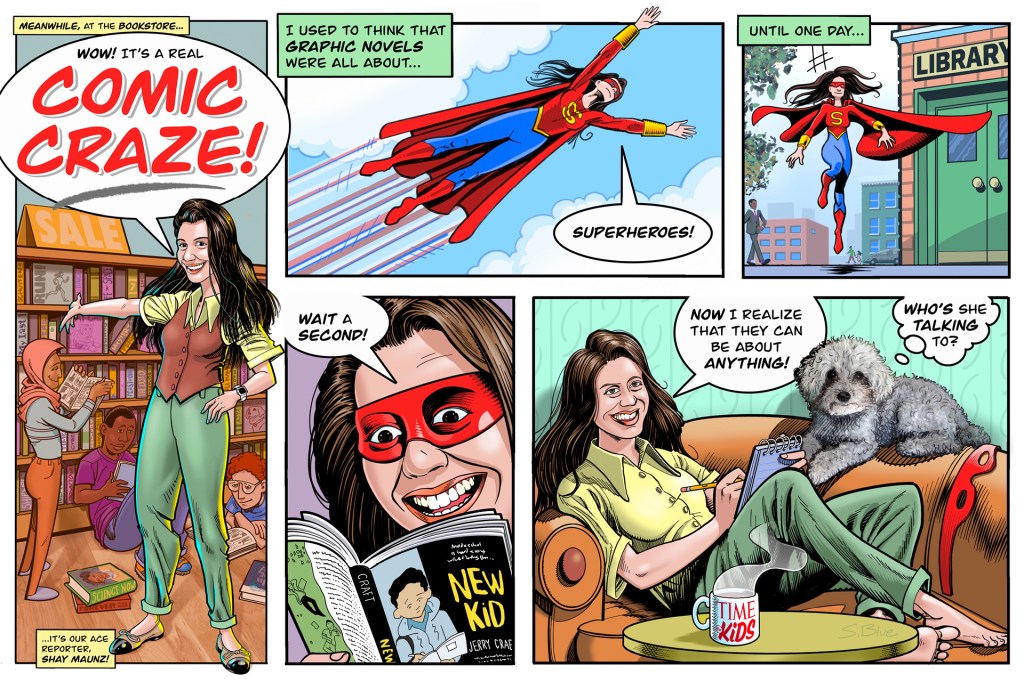 Comics have been around since at least the 19th century. Traditional comic books are short—around the length of a magazine. They’re mostly published monthly, and are often about adventure or superheroes. “Comics have this history in the United States of either being very funny and silly or having a lot of punching of things,” Gina Gagliano says. She works on graphic novels at Random House, a publishing company.

Today’s graphic novels are different. In a graphic novel, the author uses comics to tell a book-length story. It can be any genre genre

SKYNESHER—GETTY IMAGES type; a category, such as realistic fiction, science fiction, or mystery (noun) Mystery is my favorite book genre. . Many tell a serious or realistic story.

Until recently, most graphic novels were for adults. Not anymore. In 2018, sales of graphic novels for kids and teens jumped by more than 50%, according to Publishers Weekly. Compare that to the sales of printed books across all categories: They increased by about 1%.

As the sales of graphic novels boom, attitudes about comics are changing. Charell Coleman teaches fourth grade at Woodward Academy, in College Park, Georgia. She often uses graphic novels in class. “They help students visualize the scene, and see who’s talking, and what the characters look like,” she told TFK Kid Reporter Jack Doane.

This year, New Kid became the first graphic novel to win the Newbery Medal, one of the most prestigious prestigious 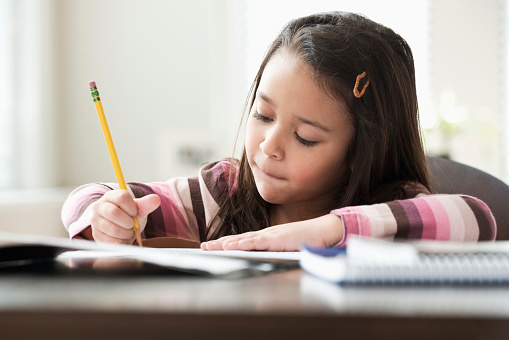 JOSE LUIS PELAEZ INC./GETTY IMAGES important; respected (adjective) Yvonne studies hard because she wants to be accepted to a prestigious university. awards in children’s literature. The book is about an African-American boy who feels out of place at his mostly white school.

New Kid author Jerry Craft says that when he was young, he read only comics. His parents were supportive, but he knew some adults didn’t approve. “In certain schools, if they saw you reading a comic, they would confiscate confiscate 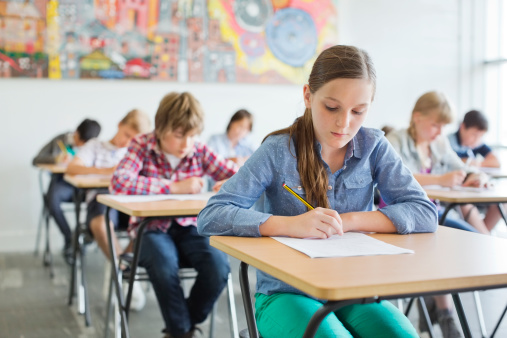 ROBERT DALY—COMPASSIONATE EYE FOUNDATION/OJO IMAGES/GETTY IMAGES to take something away from someone (verb) Before the test begins, Mrs. Mitchell will confiscate all cell phones. it, because they thought it was rotting your brain,” he says. “They didn’t realize the amount of imagination and storytelling and vocabulary in those comics.”

But New Kid’s Newbery confirmed what many kids already understood: that graphic novels are real books. “It’s a victory for all graphic novels,” Craft says. 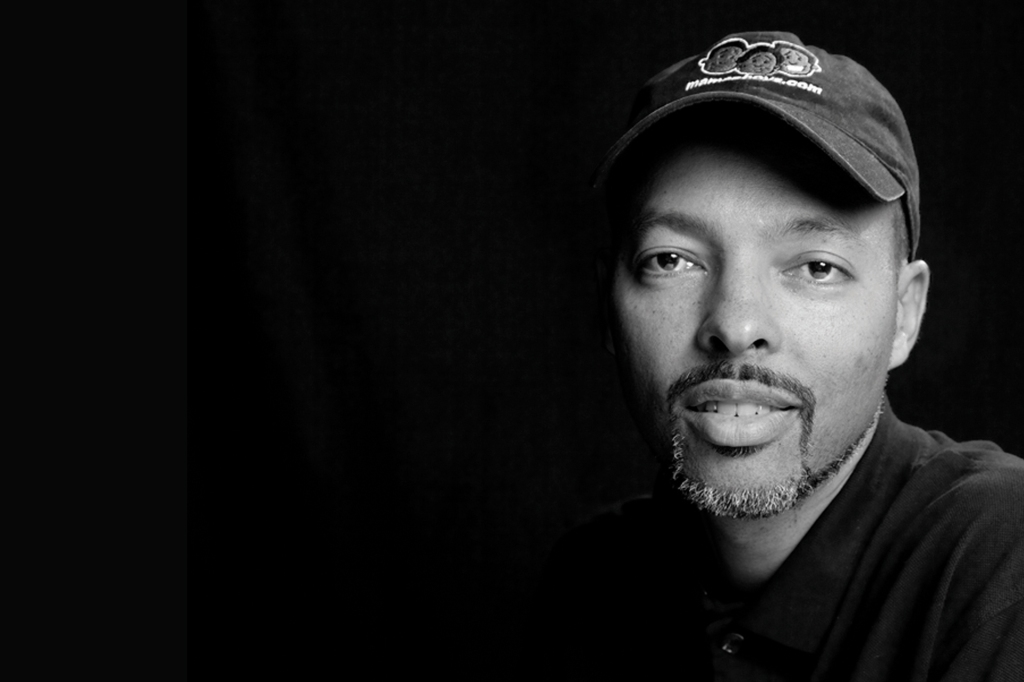 Jerry Craft is the author of New Kid. It’s a graphic novel about an African-American boy who feels out of place in his mostly white school. In 2019, New Kid became the first graphic novel to win the Newbery Medal,…