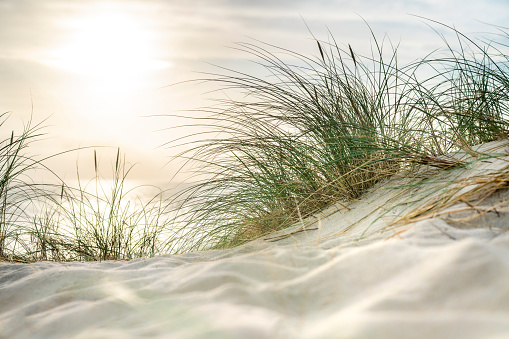 TINA TERRAS & MICHAEL WALTER—GETTY IMAGES a hill of sand formed by wind (noun) We played on the sand dunes at the beach. . But what got scientists most excited were riverbeds and lakes. Where there’s liquid, there could be life.

“It was spectacular to see familiar terrain terrain 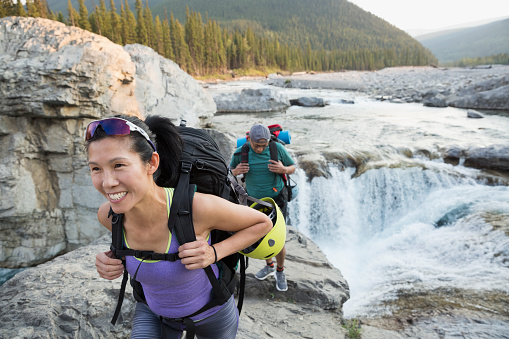 TINA TERRAS & MICHAEL WALTER—GETTY IMAGES a piece of land (noun) We hiked over rocky terrain. on such a different world,” Elizabeth Turtle told TIME for Kids. Turtle is a scientist at the Johns Hopkins Applied Physics Laboratory, in Maryland. “The processes that shape Titan’s landscape are similar to [those that shaped] Earth’s.”

Titan could hold clues to how life began on Earth nearly 4 billion years ago. Its atmosphere drops a snow of organic organic 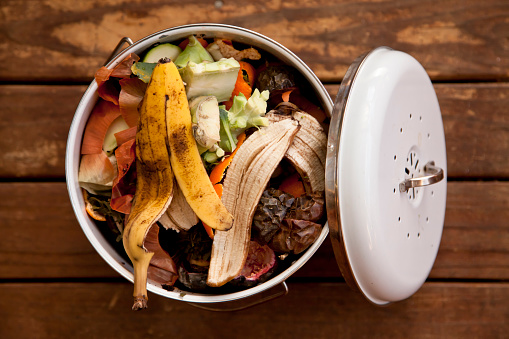 JENNY DETTRICK—GETTY IMAGES containing chemicals necessary for life (adjective) Banana peels and other organic materials can be turned into compost. material that collects as dunes. Chemicals in that material mix with liquids on Titan, like what happened on Earth before the first life-forms appeared.

Until now, NASA has used wheeled rovers to study other planets. This summer, the organization agreed to pay for Turtle’s team to build a dronelike drone 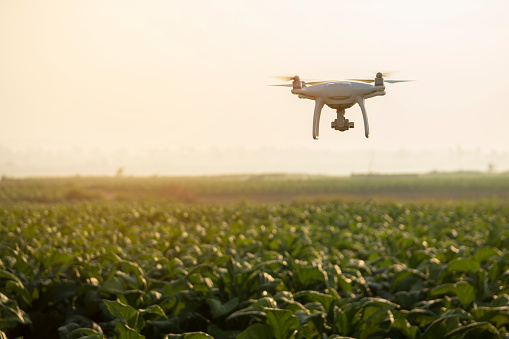 MR.KITSADAKRON PONGHA/EYEEM—GETTY IMAGES an unmanned craft guided by remote control (noun) Weather drones fly into nature’s most powerful storms to gather information. craft. It’s called Dragonfly, and it will be among the first flying machines used for planetary exploration. “This cutting-edge mission would have been unthinkable a few years ago,” says NASA administrator Jim Bridenstine. “But we’re ready now for Dragonfly’s amazing flight.” 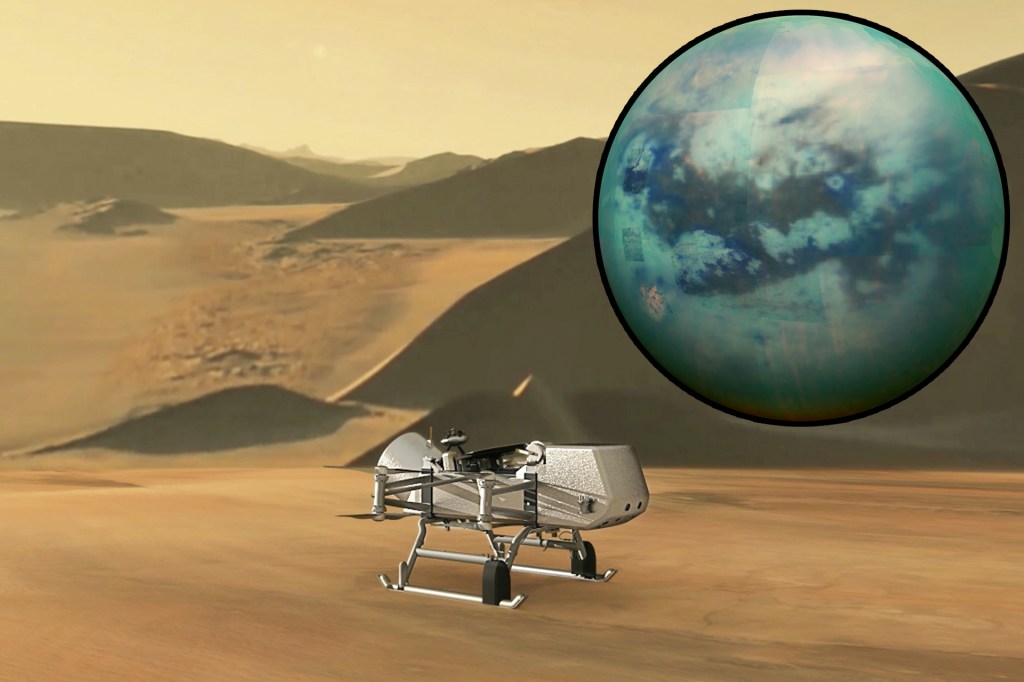 OVER THE MOON In this illustration, Dragonfly hovers above the dunes of Titan, Saturn’s largest moon. In the view of Titan from space (right), dune-filled regions form a sideways letter H.

Dragonfly will launch from Earth in 2026 and arrive on Titan in 2034. For about two years, it will make short flights, gathering samples and sending back data.

The craft is an octocopter, with eight rotors. It will have cameras, drills, a device to suck up materials, and an instrument to analyze findings. It’ll be self-guided, finding its way around Titan without directions from Earth. 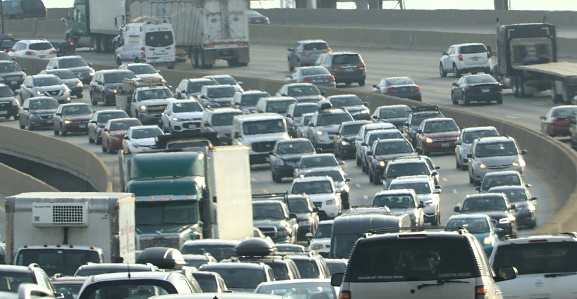 DOUGLAS SACHA—GETTY IMAGES thickly packed (adjective) We slowly made our way through dense traffic. atmosphere and low gravity make flying easy. A person who traveled there would be able to strap on wings and take off. “But you’d need oxygen,” Turtle says, “and something to keep you warm.” The temperature on Titan is minus 290°F.

The project is a leap forward in the search for life on other planets, Turtle says. “We get to bring a whole new dimension—flight—to exploring another world.” 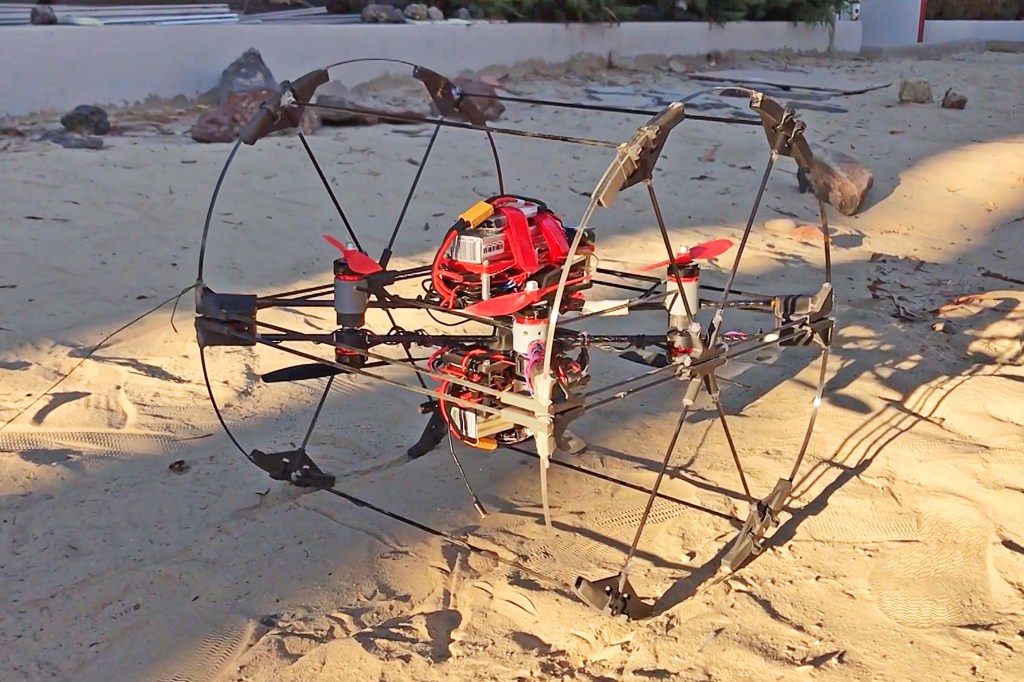 TWO-IN-ONE This model of the Shapeshifter robot rolls, to save energy. Then it separates into two flying drones when it’s time to explore uneven surfaces.

Shape of the Future?

Dragonfly will investigate Titan’s dunes and craters. What about places that are harder to reach? Scientists at NASA’s Jet Propulsion Laboratory, in California, are testing a robot called Shapeshifter. At first glance, the machine looks like a hamster wheel. On Titan, it will roll along until it comes to an obstacle, such as a mountain. Then it will split into two drones. They’ll fly around, gather data, then reconnect on the other side.

“Most of the interesting places to study on other planets are not on flat surfaces,” says Ali Agha, lead researcher on the project. “They are on the sides of cliff walls, or inside caves or potholes.” 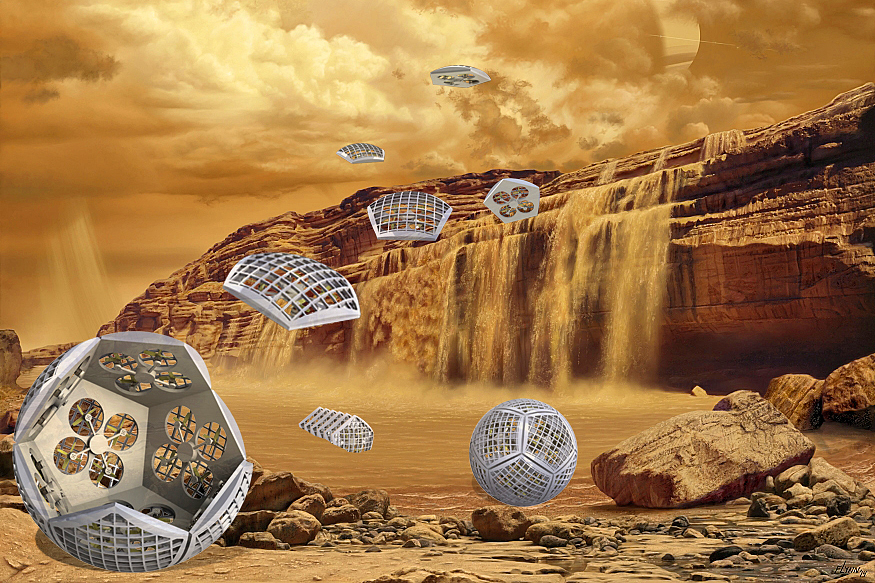 SHAPESHIFTER This illustration imagines a set of drones that can fly independently, come together into a ball, or form a chain for exploring caves.

Agha imagines a Shapeshifter made of 12 drones. They’ll be able to come together into a ball or form a chain for exploring caves. And they’ll go underwater. We can’t know for sure where we’ll find signs of life on Titan, Agha says. “When you’re dealing with totally unknown environments, you need to be versatile versatile 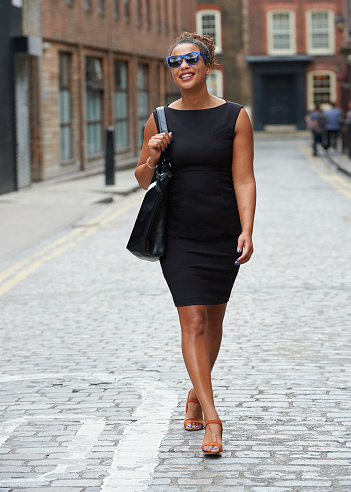 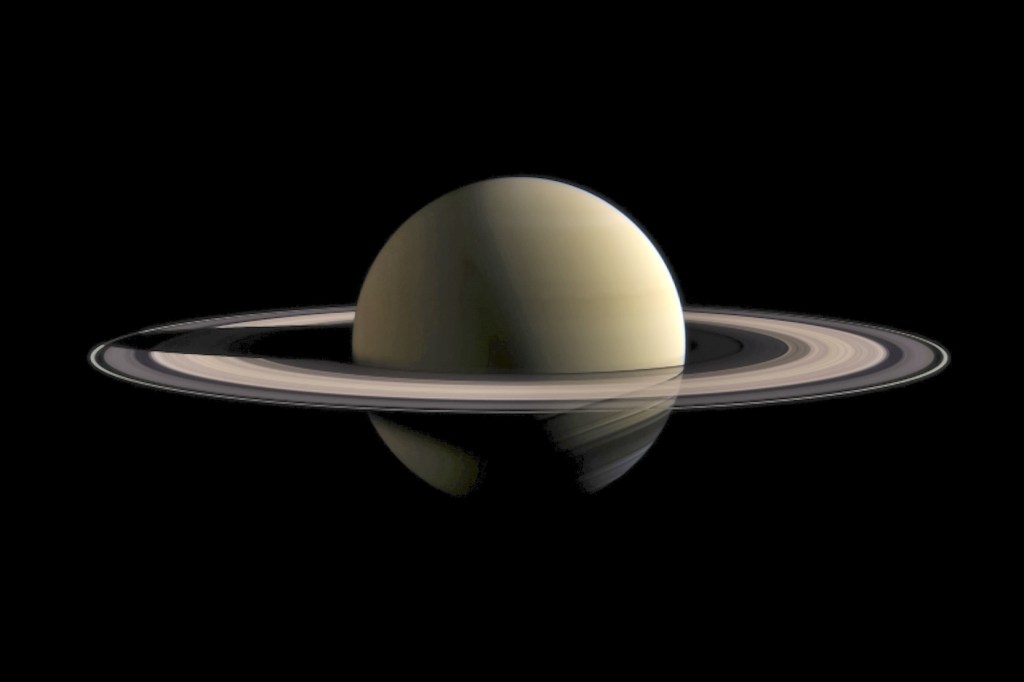 Including Titan, Saturn could have as many as 82 moons. Here are other facts and statistics to know: