Hope for the Wild

One of the last unspoiled areas of Amazon rain forest lies in a remote region of northeastern Peru called Yaguas. The lush land stretches along 125 miles of the Putumayo River.

Amazon rain forests are so massive that they affect rain patterns across the globe. Keeping the rain forests intact intact 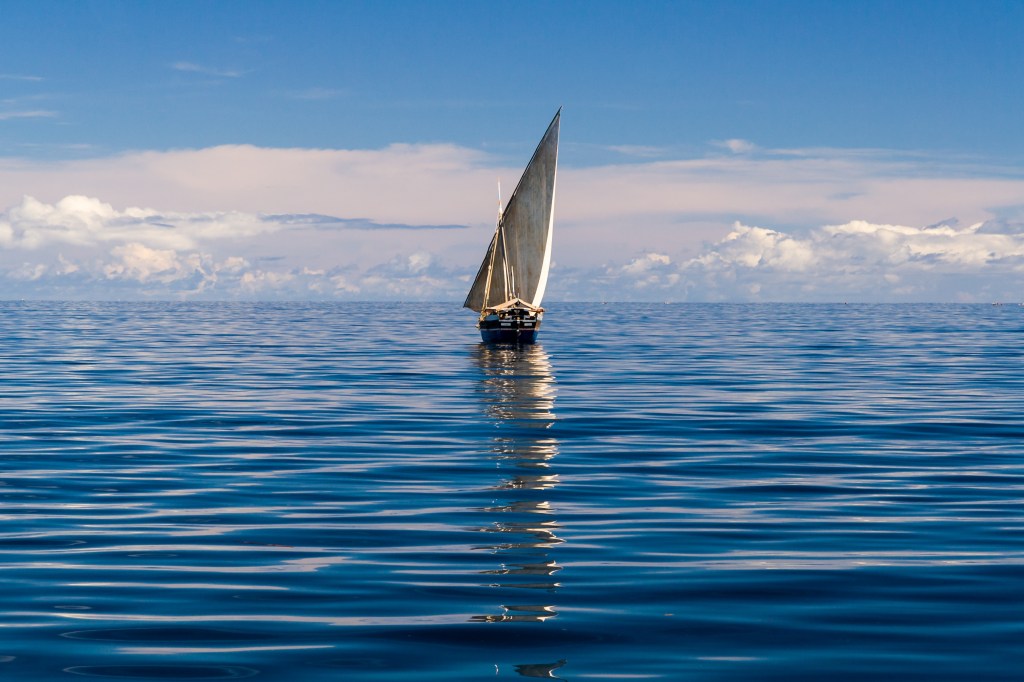 PIERRE-YVES BABELON/GETTY IMAGES complete; not damaged or diminished (adjective) The sailboat survived the storm intact. is one of the best ways to fight climate change. This is why the Peruvian government created Yaguas National Park, in January. The designation designation 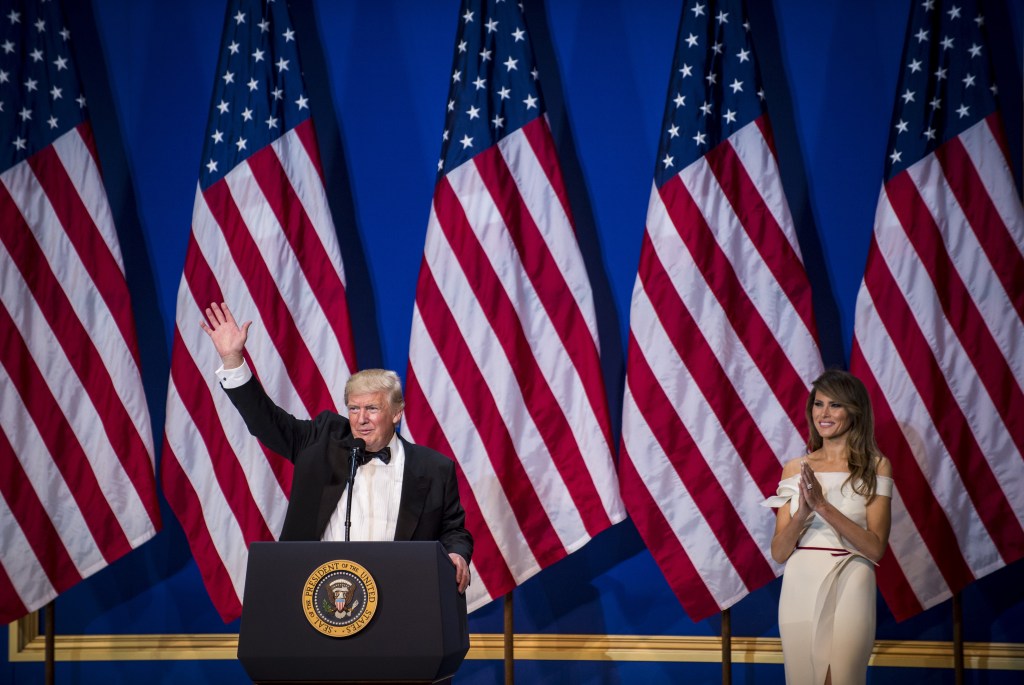 PETE MAROVICH/BLOOMBERG VIA GETTY IMAGES a special name or title given to note the importance of someone or something (noun) At the inauguration, Donald Trump was given the designation of president of the United States. means that more than 2 million acres of rain forest are now protected against deforestation—the cutting down of trees—due to logging and gold mining. The new park is about the size of Yellowstone National Park, in the United States. 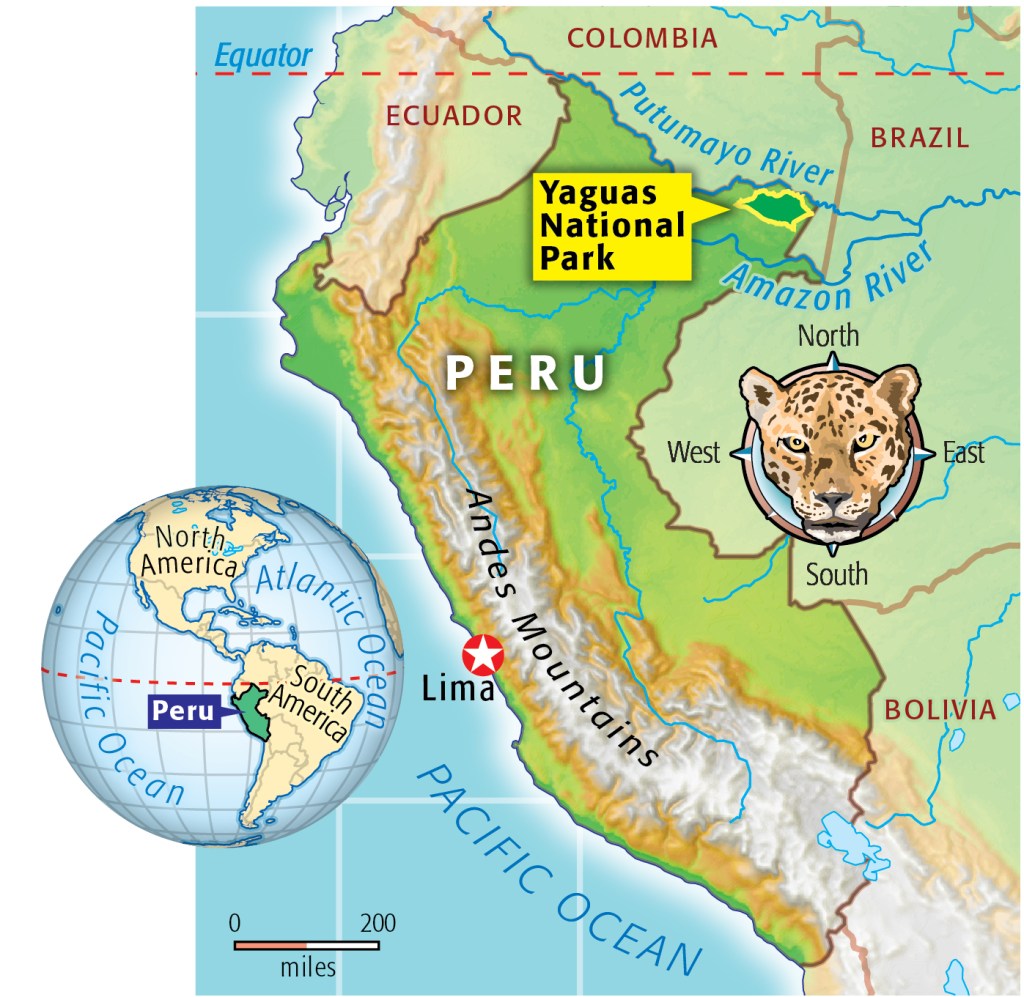 “It’s a triumph to protect this particular corner of Peru because it is biologically really special,” Nigel Pitman told TFK. Pitman works for the Field Museum, in Chicago, Illinois. He helped document the region’s biodiversity biodiversity 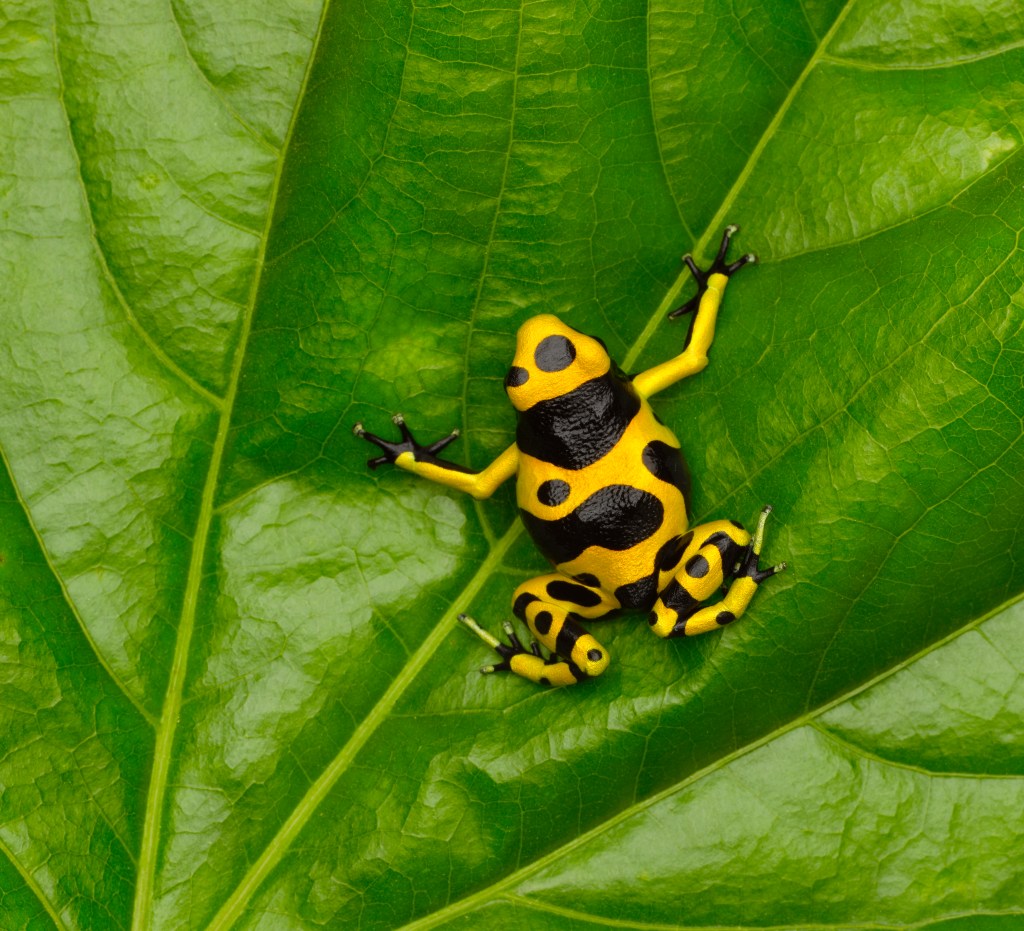 DON FARRALL/GETTY IMAGES the existence of many different types of plants and animals within an environment (noun) The rain forest is home to 10% of the world's biodiversity, including endangered species like the poison dart frog. . “It reminds us of how much progress governments and indigenous indigenous 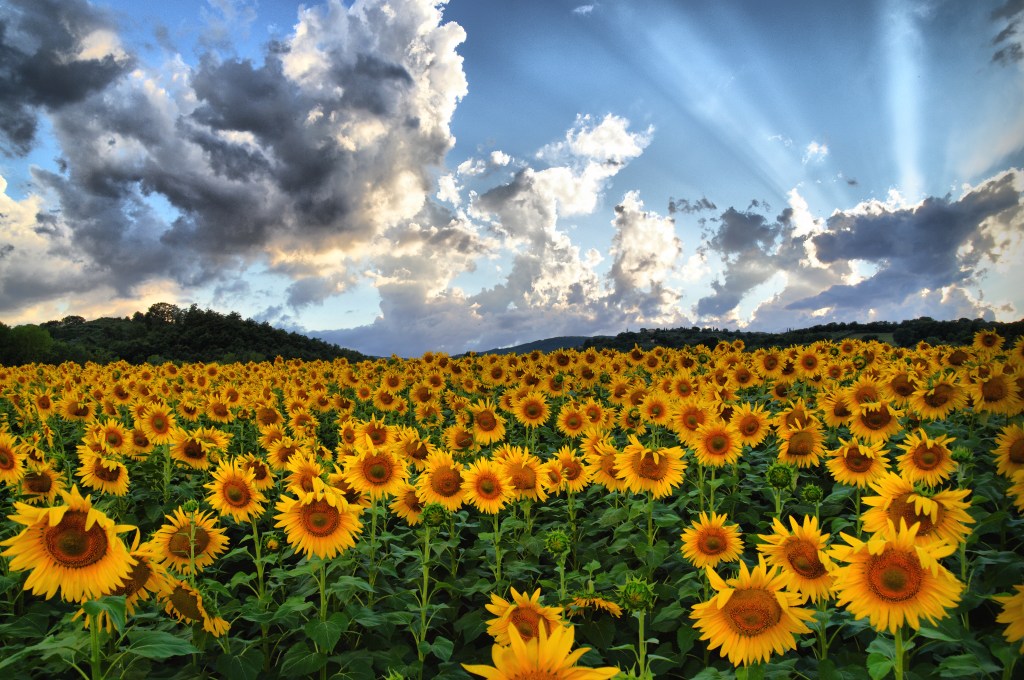 NEAL WILSON/GETTY IMAGES produced, growing, or living naturally in a particular place (adjective) Wild sunflowers are indigenous to North America. peoples in South America have made in protecting the whole Amazon.” 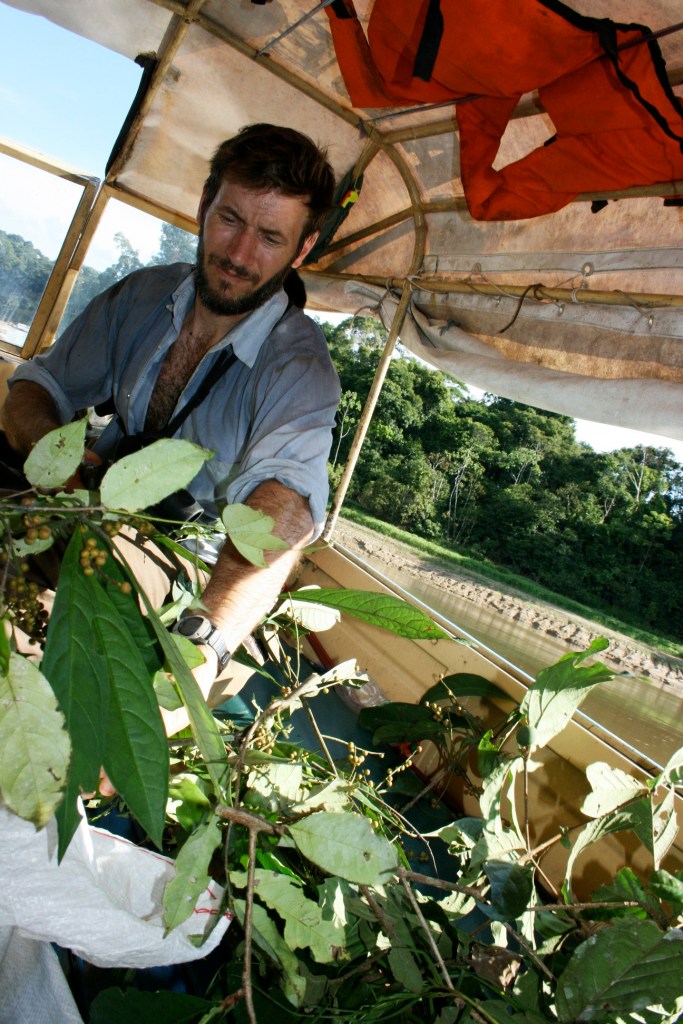 Rain forests are vital to the health of the planet. Their trees and plants absorb carbon dioxide from the atmosphere and replace it with oxygen. Dense cloud cover keeps the forests moist and warm, making them perfect for a variety of life.

Yaguas is one of the most biodiverse places on the planet. The park is home to more than 3,000 species of plants, 500 species of birds, and 160 species of mammals. Jaguars and anteaters prowl the forest floor. Woolly monkeys peer down from the trees. Rivers teem teem 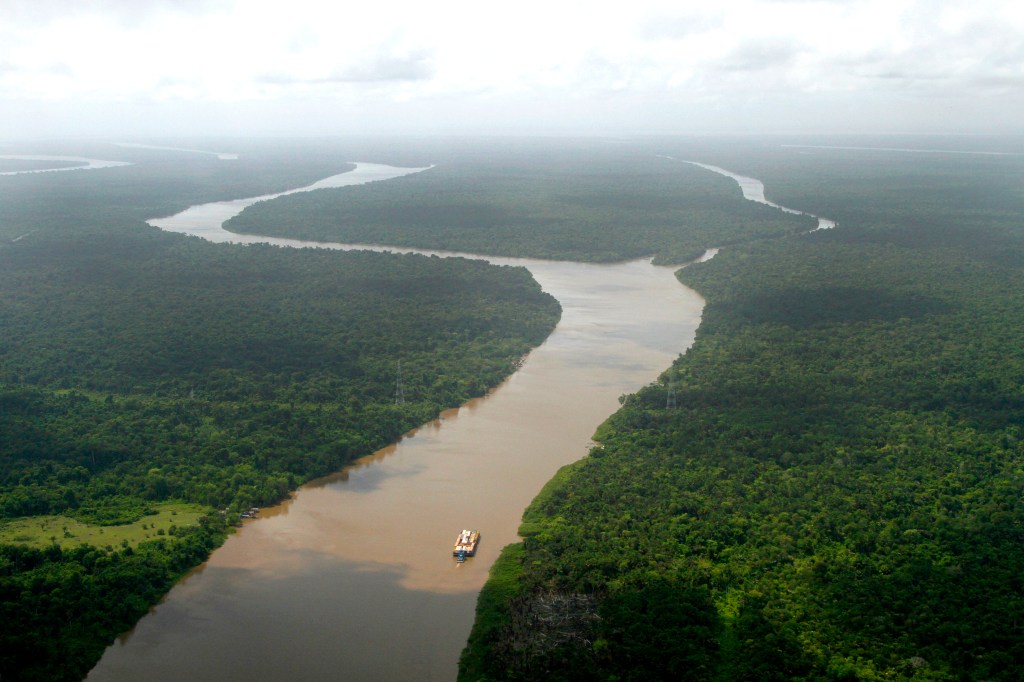 RICARDO LIMA/GETTY IMAGES to be full of (verb) The Amazon River teems with fish. with dolphins and giant otters. Fish are abundant. Scientists have discovered more new fish species here than in any other place. There are about 550 kinds. Pitman says half of Peru’s freshwater fish might live in one little river in Yaguas. 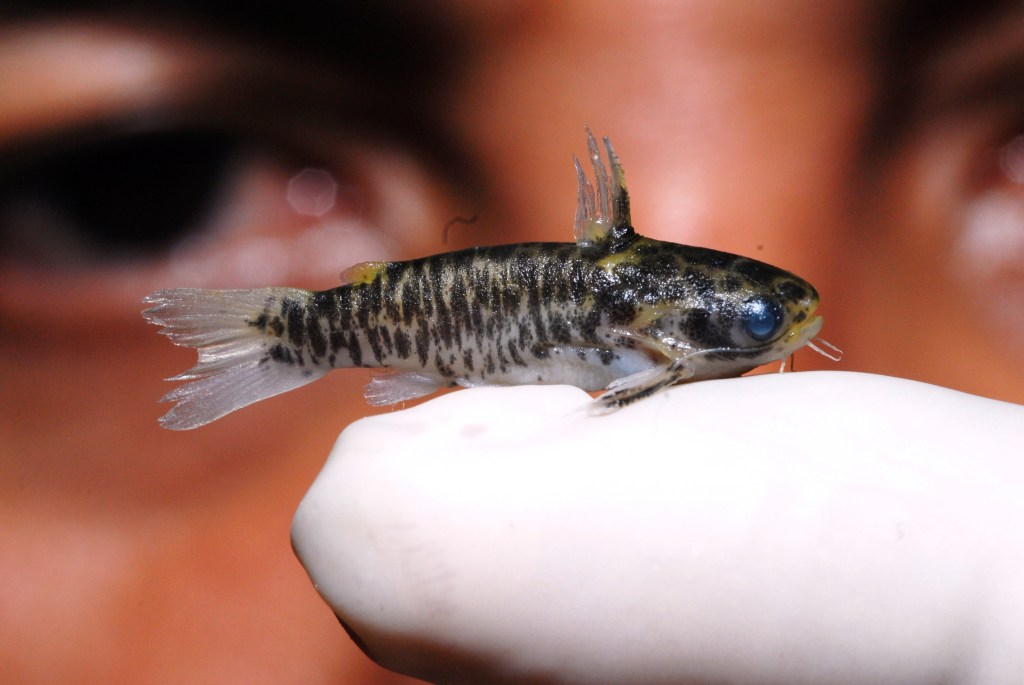 DISCOVERY Many fish from Yaguas are new to scientists.

National park status will protect the area for indigenous communities. More than 1,000 people rely on the forest’s plants and animals for food. Their ancestors were enslaved during the rubber boom of the 1890s to the 1920s. At that time, indigenous people were forced to harvest rubber trees to supply the raw material for car tires. Today, residents call the forest Sachamama, or “Mother Jungle.” Over the past 20 years, they have been teaching scientists about the forest’s plant and animal life. Their efforts helped convince Peru’s government that Yaguas was worth saving. 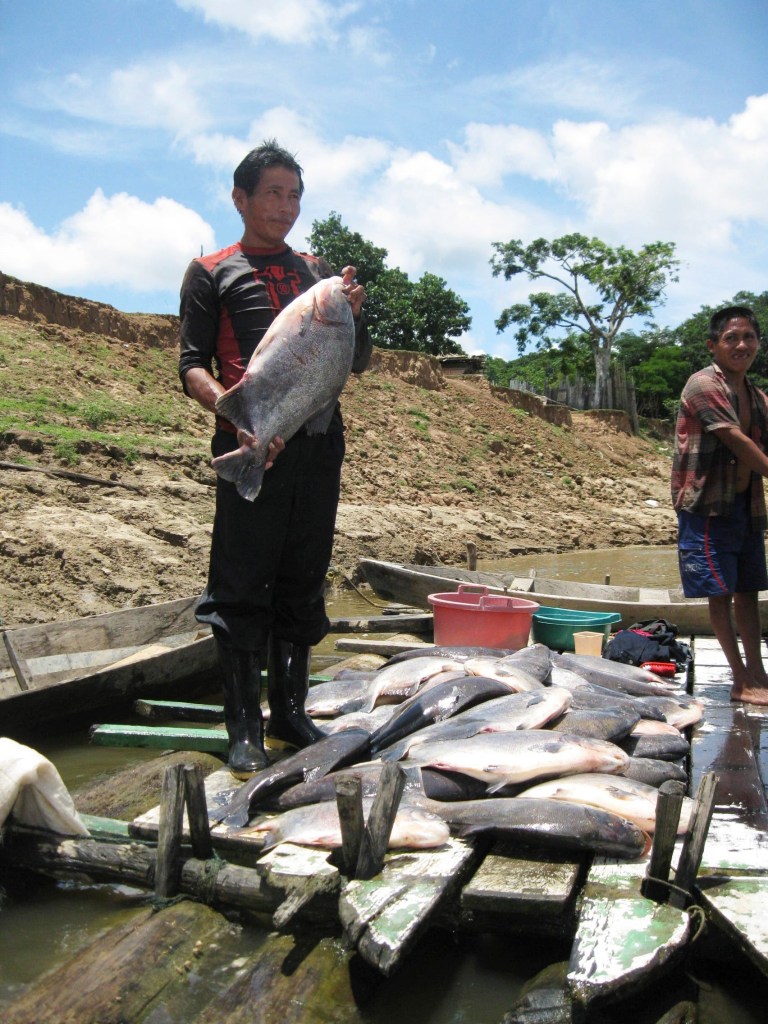 BIG CATCH People in Yaguas depend on its rivers’ abundant fish for food.

Liz Chicaje Churay is president of the Federation of the Native Communities of the Ampiyacu River. In a press release, she said, “The benefits are for everyone, for the future of everyone, for the country and for the world.”