For several days, 2-year-old Ghislane had been screeching in pain. Fever racked her tiny body. A nurse at the local clinic in central Rwanda told her mother that Ghislane’s blood cells were being attacked by malaria malaria 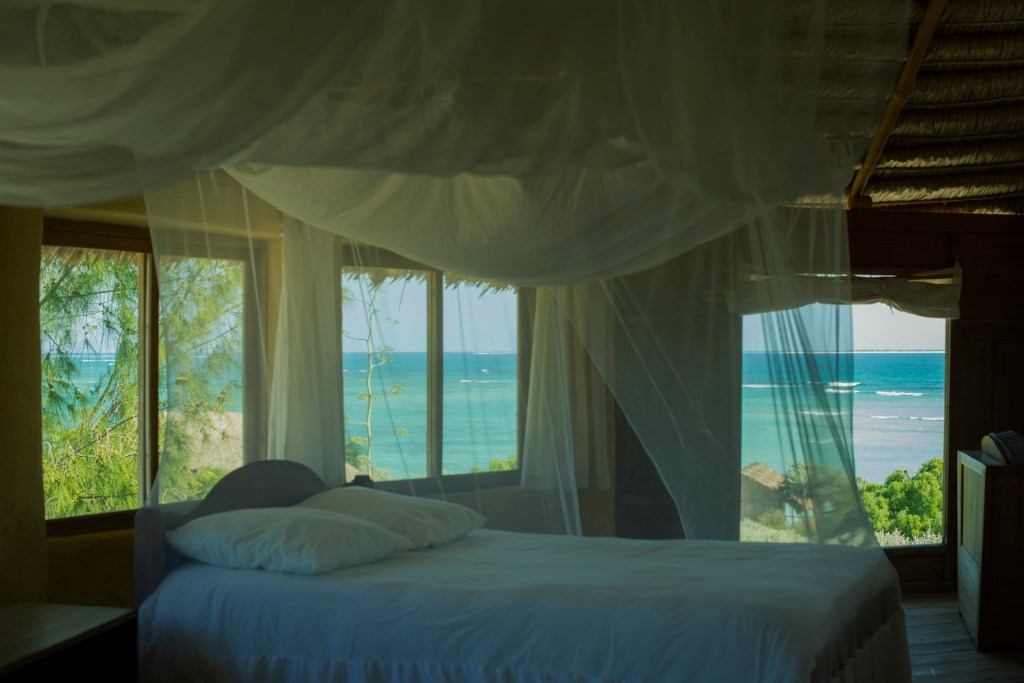 PHOTOALTO/FREDERIC CIROU—GETTY IMAGES a life-threatening disease that is spread by certain mosquitoes (noun) She hung a mosquito net around her bed, to avoid being infected with malaria. . There was nothing the staff at the clinic could do, so they called an ambulance. But by the time Ghislane reached the hospital, she had stopped moving. Delphine Twese Hamwe, Ghislane’s mother, said, “We arrived too late.” She thought there was no hope for her daughter. The nurses proposed a blood transfusion transfusion 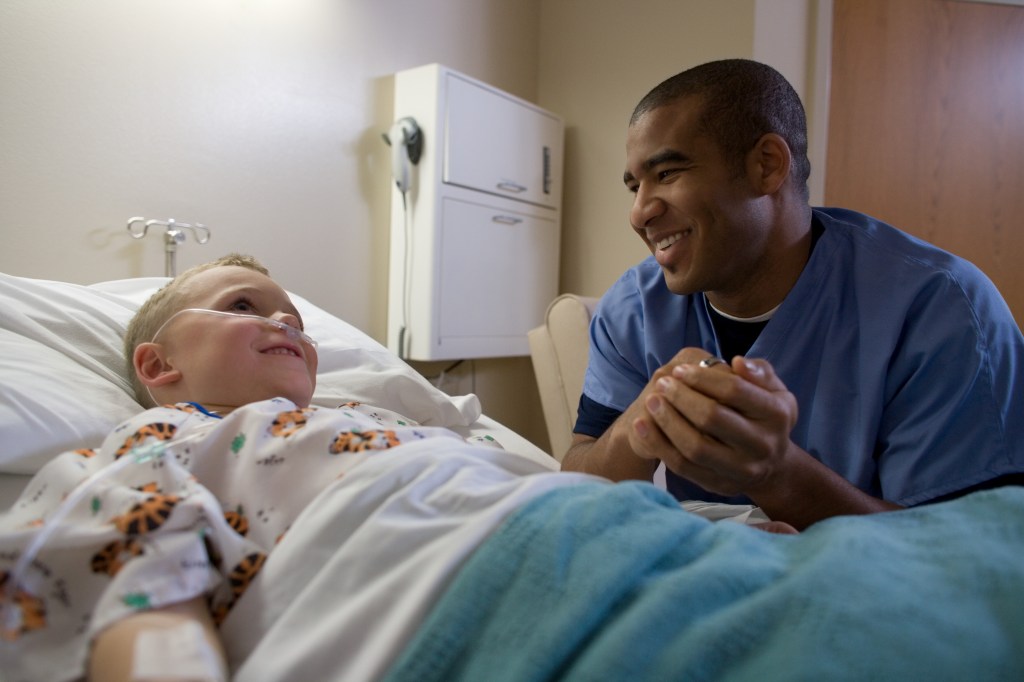 RUBBERBALL/GETTY IMAGES a medical treatment in which one person’s blood is put into the body of another person (noun) After his surgery, Joseph received a blood transfusion. as a last resort.

Meanwhile, a hospital employee was typing out a message on his smartphone. It was a request for two units of red blood cells. Typically, he would have sent a car and driver to fetch the cells from a blood bank, a three-hour round-trip. But this time, he tried something new. His phone flashed a confirmation message: The blood was on its way. It would be delivered in six minutes. 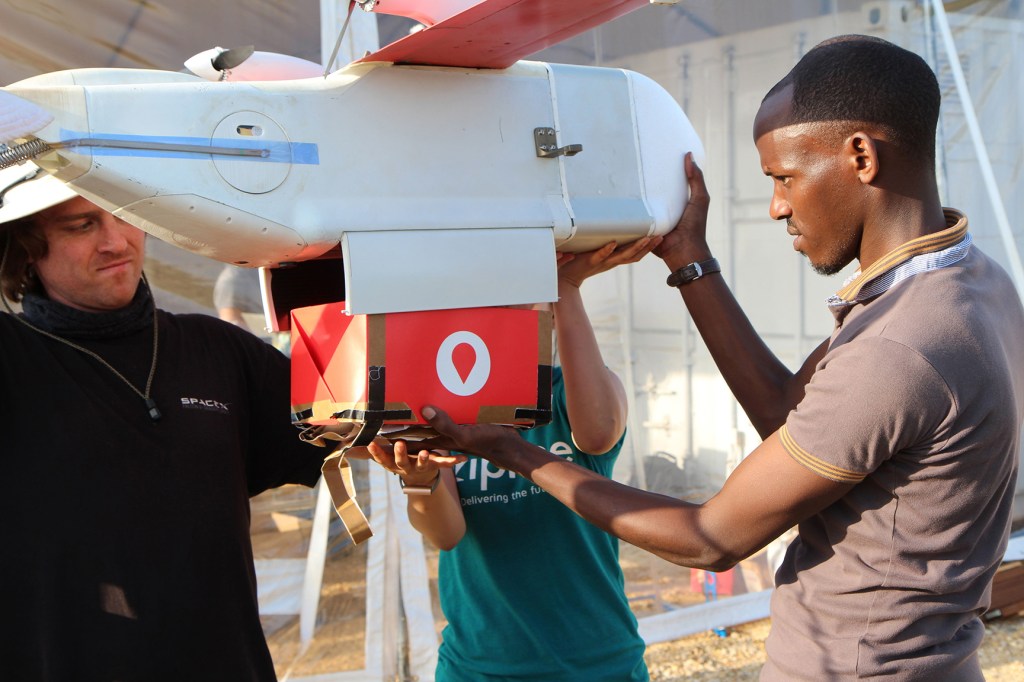 PRECIOUS CARGO Workers at Zipline load a drone with a cardboard box attached to a paper parachute.

Before long, the high-pitched whine of a drone could be heard above the hospital grounds. As it passed over the lab’s parking lot, the drone released a red cardboard box attached to a paper parachute parachute 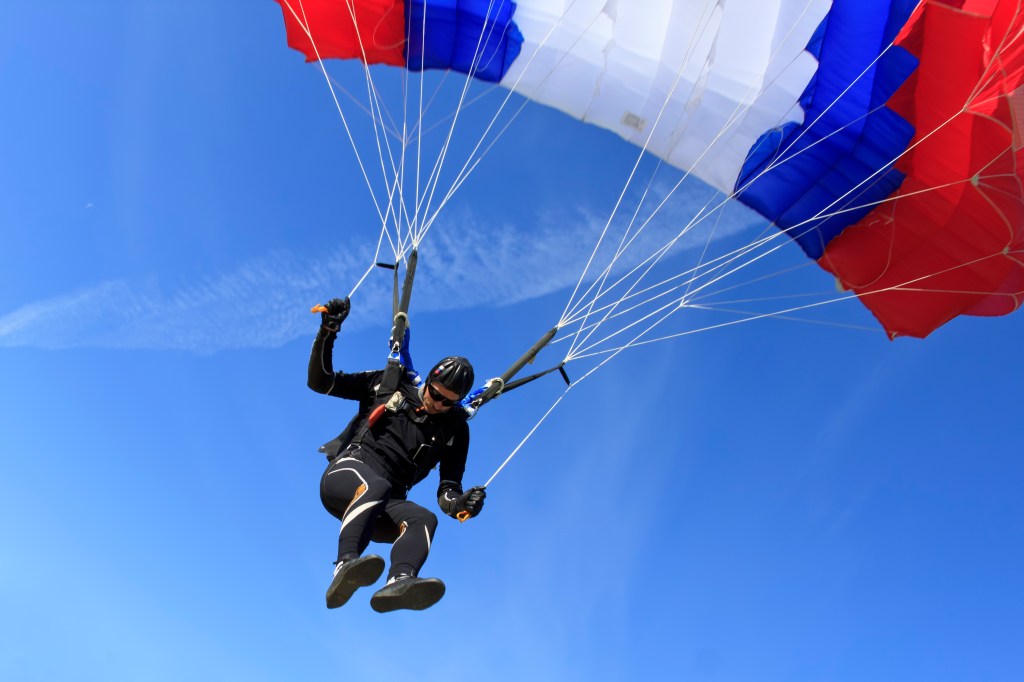 GERMAN-SKYDIVER/GETTY IMAGES a fabric device that slows the fall of a person or an object released from an aircraft (noun) The skydiver opened his parachute and floated to the ground. . Inside the box were two packets of blood, still cold from refrigeration. A nurse rushed the blood to the emergency wing. Within minutes, it was pumped through an IV into Ghislane’s body. The child opened her eyes. It was December 21, 2016, and she had just become the first person in the world who owed her life to a drone delivery.

In parts of rural Africa, people regularly die from preventable diseases. Lives are lost because of a shortage of essential medicines.

This problem was the inspiration for Zipline, a U.S. start-up. In March 2016, Zipline partnered with the Rwandan government to launch the world’s first commercial drone delivery service.

Zipline’s drones carry vital medical supplies to hospitals by air. The company has delivered more than 7,000 units of blood products to 21 hospitals. 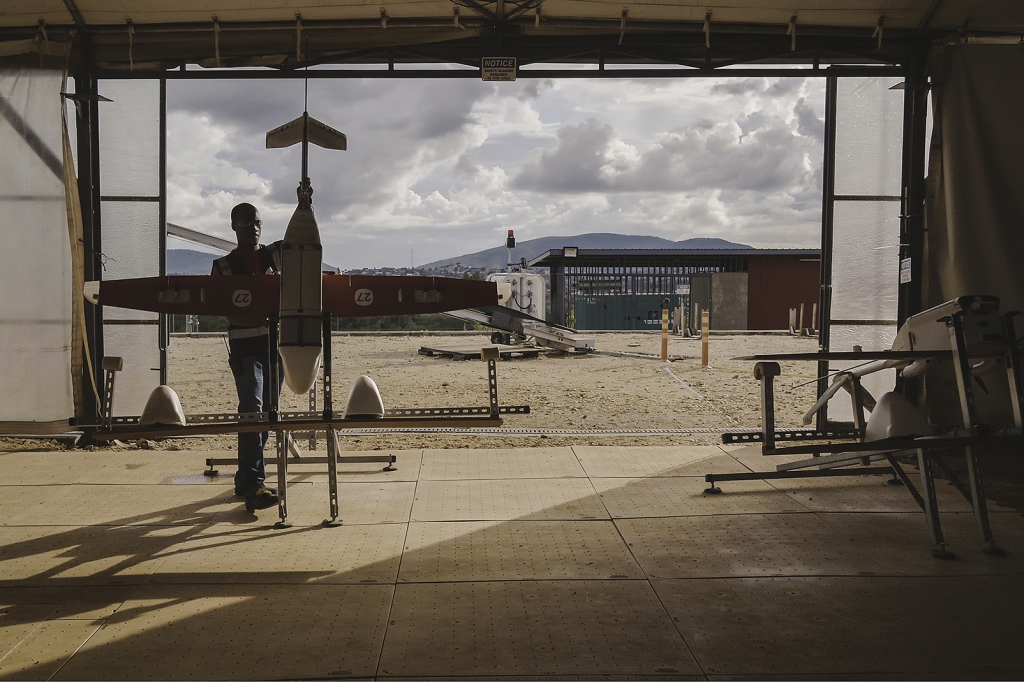 ZIP IT A drone is prepared for takeoff. From order to launch, the process takes one minute.

“Before, it took at least three hours to get blood in an emergency,” Dr. Roger Nyonzima says. He is the head surgeon at a hospital that is 60 miles from the main blood bank. “Three hours can make the difference between saving or losing a life. Now we get blood in 15 minutes. Fifteen minutes, we can work with.”

The company’s electric aircraft are called Zips. They look like small propeller airplanes. They can fly 100 miles on a charge, in any weather short of a hurricane. The drones can carry up to 3.9 pounds of blood products and reach more than half of Rwanda. 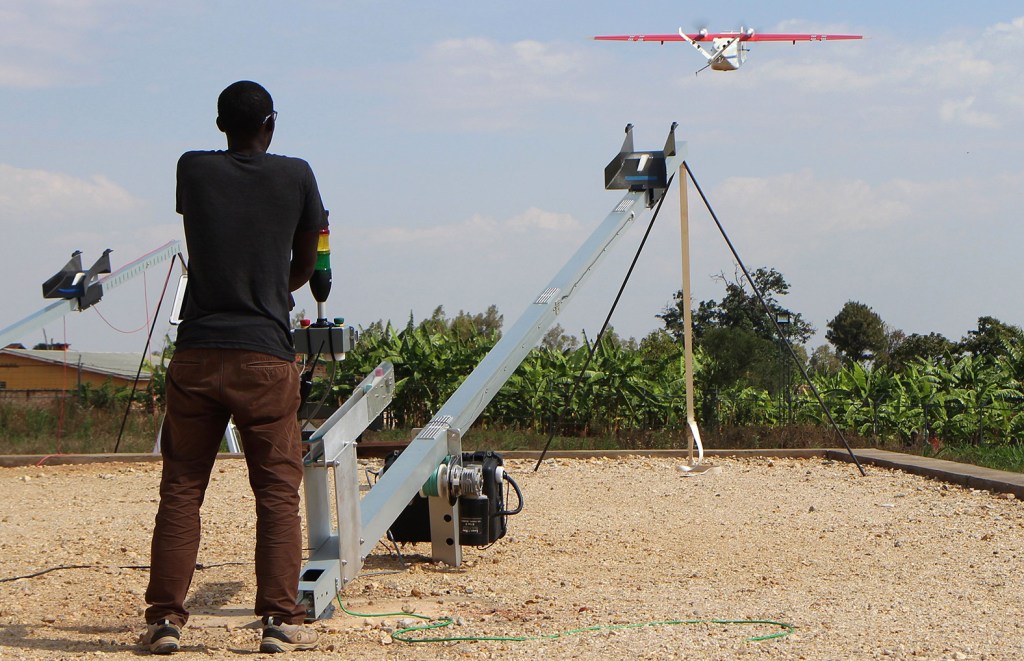 FLYING HIGH A Zipline drone is launched at the company’s Rwanda headquarters, in Muhanga.

To launch a Zip, an operator loads it onto a catapult catapult 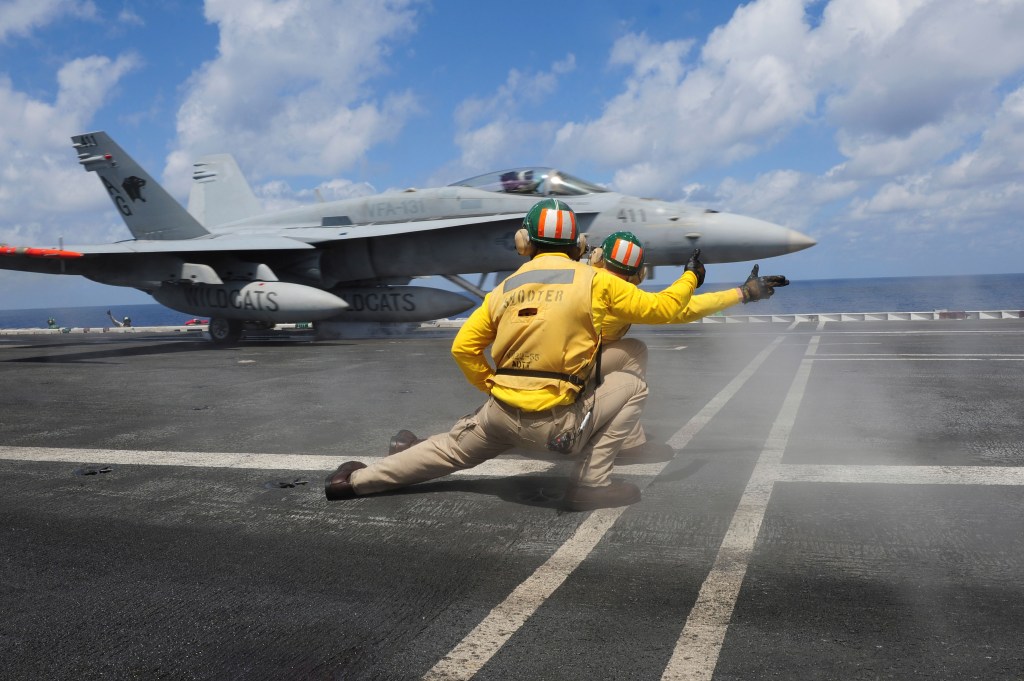 STOCKTREK IMAGES/GETTY IMAGES a device that launches an object at high speed (noun) On an aircraft carrier, a catapult is used to launch planes. and enters its destination on a tablet. Soon the Zip is airborne airborne 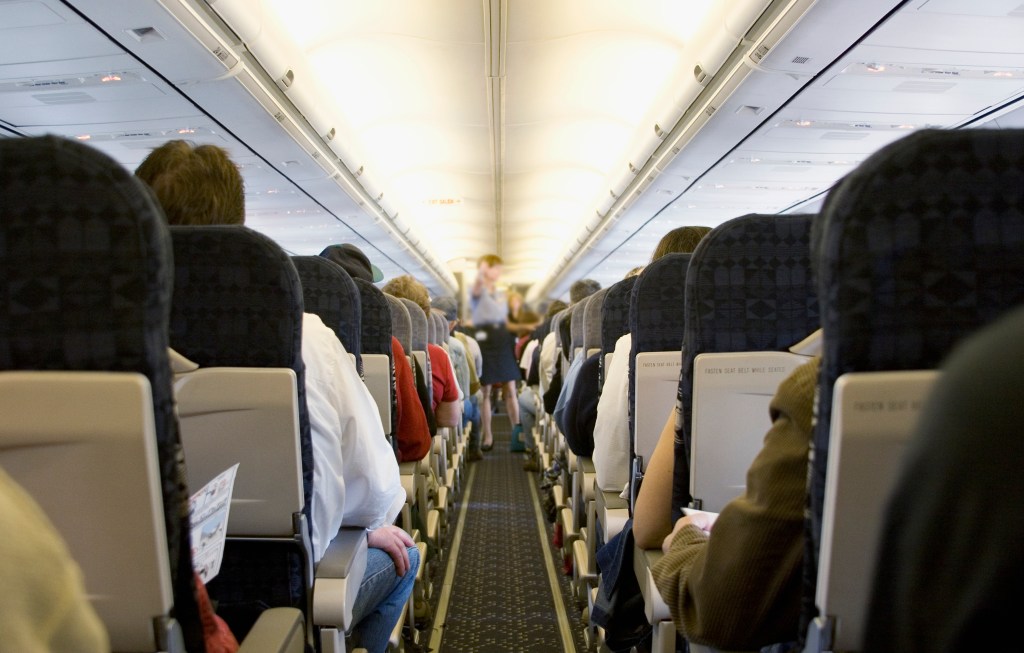 SWELL MEDIA/GETTY IMAGES in the air (adjective) When the plane was airborne, flight attendants told the passengers they could remove their seatbelts. . The whole process takes about a minute. The Zip navigates using GPS. Once it nears its destination, it sends a text message to the hospital, announcing the exact arrival time. Then it swoops toward the landing zone, drops its package, and circles back toward home base. 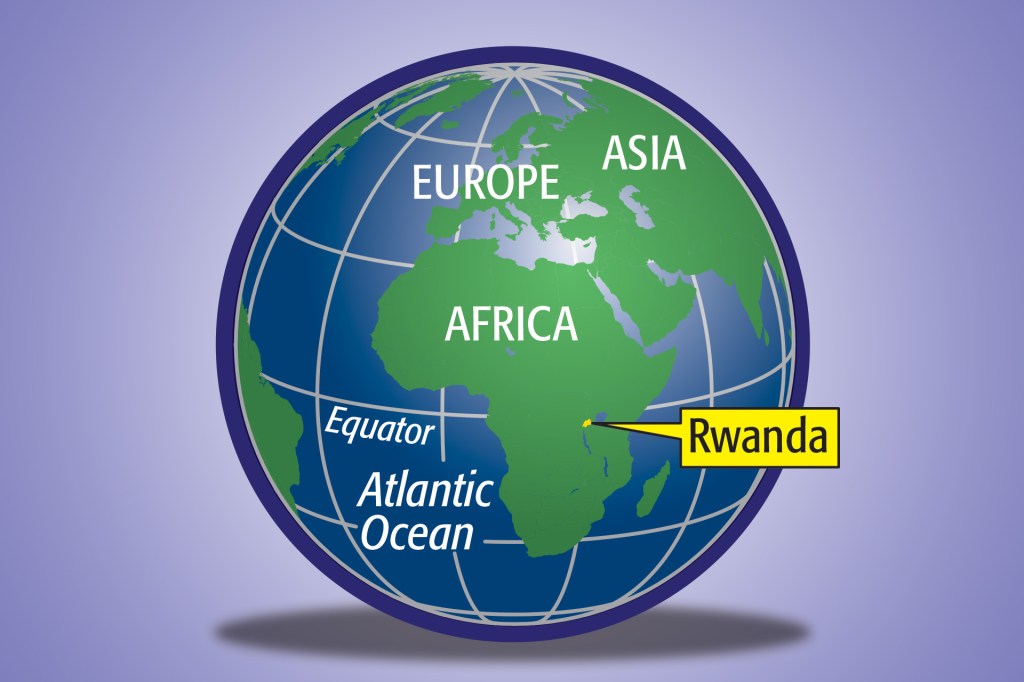 Blood and medical-supply shortages affect rural hospitals in the United States, too. Zipline is now working with the U.S. Federal Aviation Administration to launch a similar service in the U.S. in early 2019.

Educators: In this week's teaching materials, we challenge readers to create a step-by-step sidebar for the story "Lifesaving Drones." Click here to see an example. It explains the process of making chocolate candy. 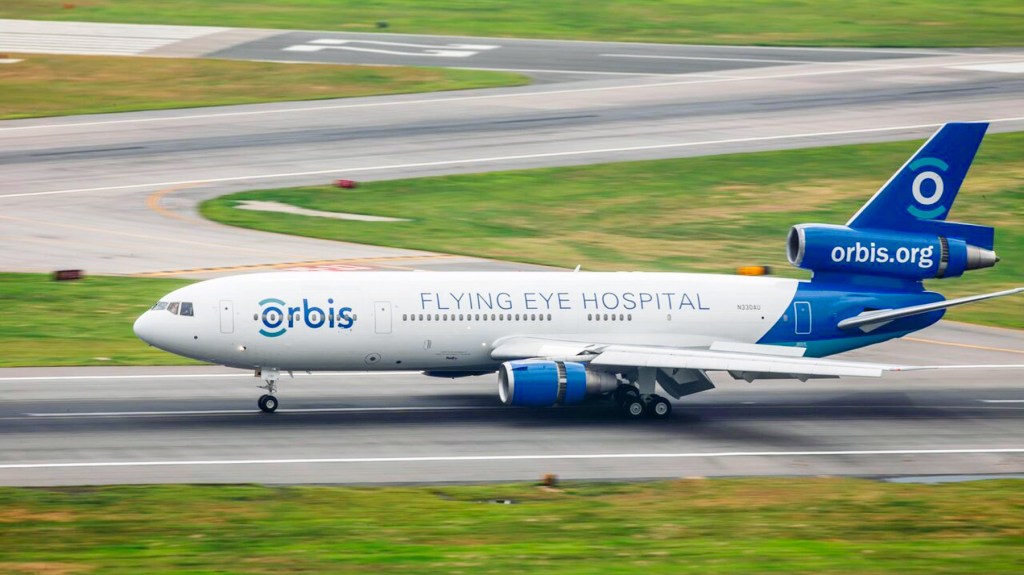 Elisa Urruchi is a nurse at a very special eye hospital. It has the best surgical equipment available. It also has a classroom, where doctors and nurses can learn about sight-saving procedures. But what makes the hospital truly unique is…