Scientists at the Wolong National Nature Reserve, in China, have made an unusual discovery. With a motion-activated camera, they caught an image of an all-white bear trudging through the forest. The creature may look like a polar bear, but it’s not. Scientists believe they have the world’s first image of a rare albino panda. The photograph was taken in April and released this past weekend.

Albinism is a rare genetic condition. It causes a lack of melanin in the body. Melanin determines the color of skin, hair, and eyes. The albino panda has white fur, white claws, and red eyes. It does not have the black patches usually seen on pandas. The condition has not harmed the panda’s health. Li Sheng is a researcher for the Species Survival Commission of the International Union for Conservation of Nature (IUCN). “Based on the photo, albinism has not affected the life of the white panda much,” he told the New York Times. “It looks quite well, quite strong.”

But the panda could face some problems. Its all-white color makes it more visible to predators. It may also have impaired vision and a hard time finding food. And because it is rare, the bear could be valuable to poachers poacher someone who hunts illegally (noun) The elephant narrowly escaped poachers. . In 2017, a conservation group had to rescue a rare albino orangutan from a village in Indonesia. It now lives in a protected forest. But some worry it is still a target.

Giant pandas are currently listed as vulnerable. According to the IUCN Red List of Threatened Species, about 2,000 of them remain in the wild. 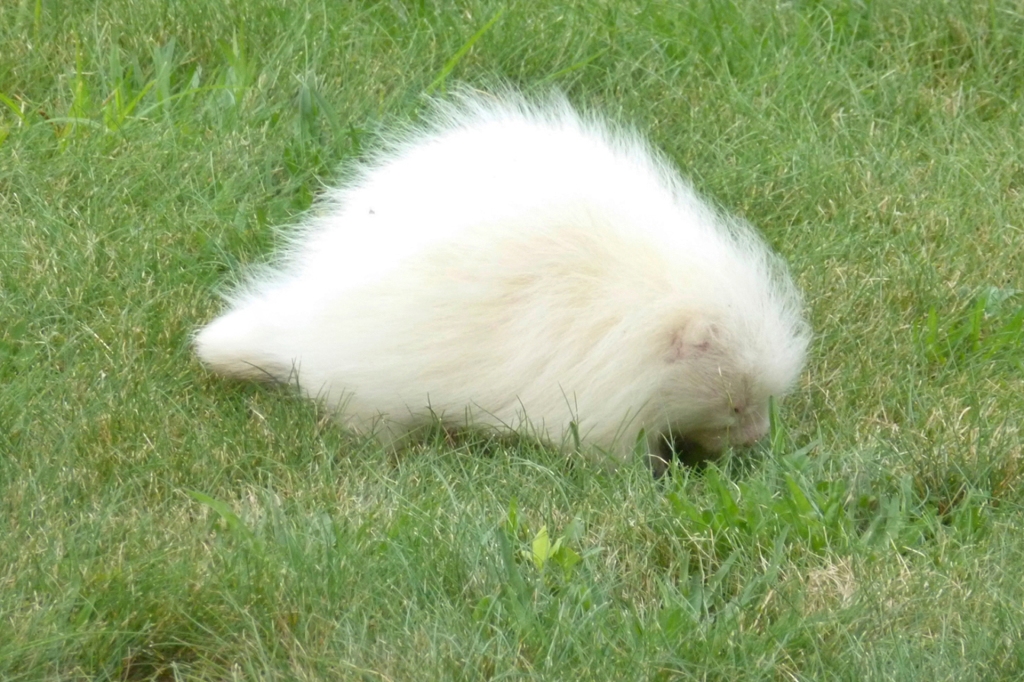 Visitors to the Seashore Trolley Museum in Kennebunkport, Maine, expected to see a collection of historic streetcars. On Tuesday, they got an additional, unexpected treat. A rare albino porcupine scuttled across the museum’s lawn. At first, museumgoers misidentified the fluffy…