When Makayla Nunn was 8, she was diagnosed with a rare illness called chronic chronic 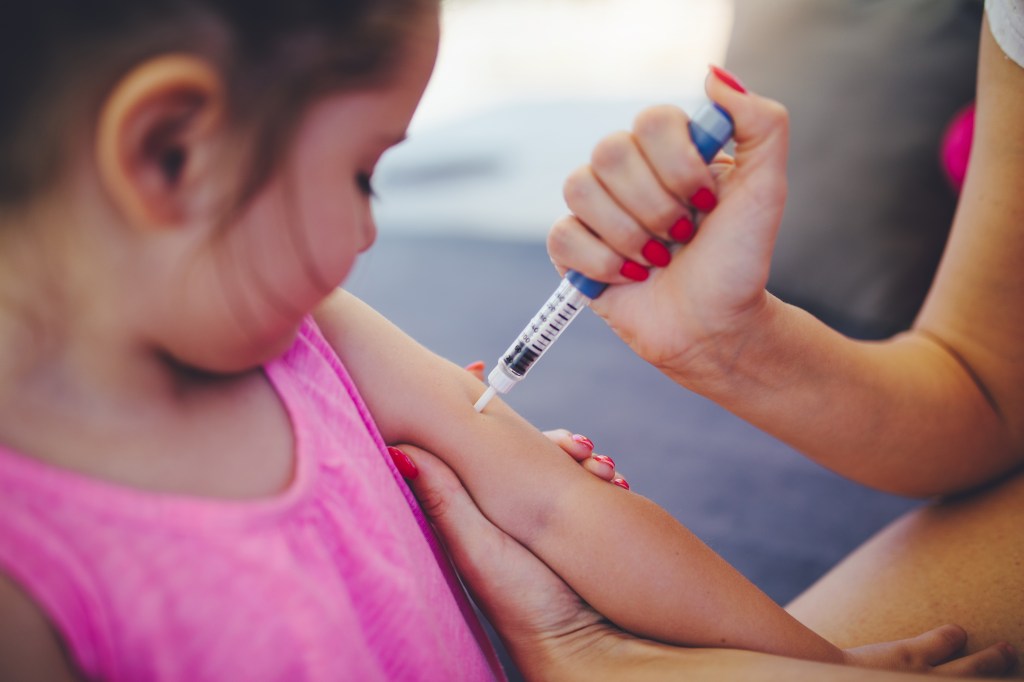 FLUX FACTORY long-lasting and likely to reoccur (adjective) Diabetes is a chronic disease that can be managed with medication such as insulin. fatigue syndrome. People with this condition are regularly overcome by extreme tiredness. The feeling doesn’t go away when they sleep or rest.

Makayla lives in the United Kingdom. Because of her illness, she had to give up some of her hobbies, including baton twirling, ballet, and horseback riding. On her doctor’s orders, she started spending no more than three hours at school each day. She soon fell behind in her studies, and she missed her friends. “I would love to see them more,” Makayla, now 15, told TIME for Kids. Then Makayla’s mom introduced her to a tool that would help her keep on top of schoolwork and stay connected to friends. It was a robot called AV1.

AV1 is 11 inches tall and weighs about two pounds. It has a white body, glowing eyes, a speaker, a microphone, and wireless Internet access. The robot was developed to help kids who have a chronic illness. 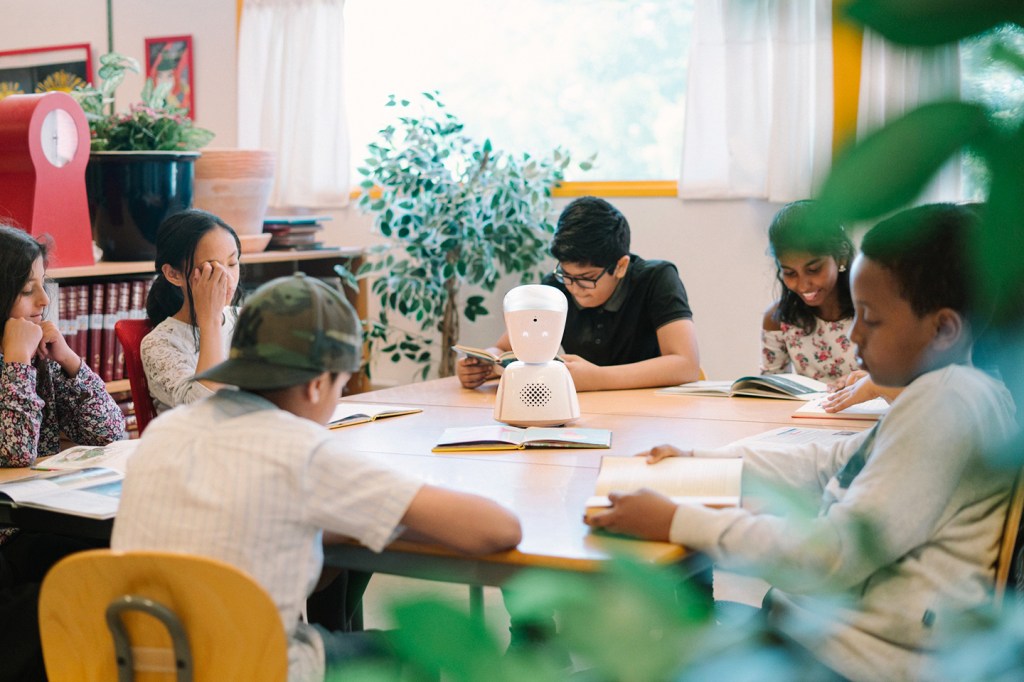 PART OF THE GROUP Students work together on an assignment. One student is participating from home using an AV1 robot.

Now, when Makayla can’t make it to school, AV1 takes her place. If she feels well enough to take part in a lesson, she opens an app on her phone. She uses AV1’s camera to see what’s happening in the classroom. She can “raise her hand” by tapping a button that makes a light on AV1’s head flash blue. When she speaks, AV1 broadcasts her voice.

AV1 isn’t the only technology that lets kids who are sick attend school remotely. But AV1 is uniquely designed to encourage social interaction. The robot’s expressive expressive 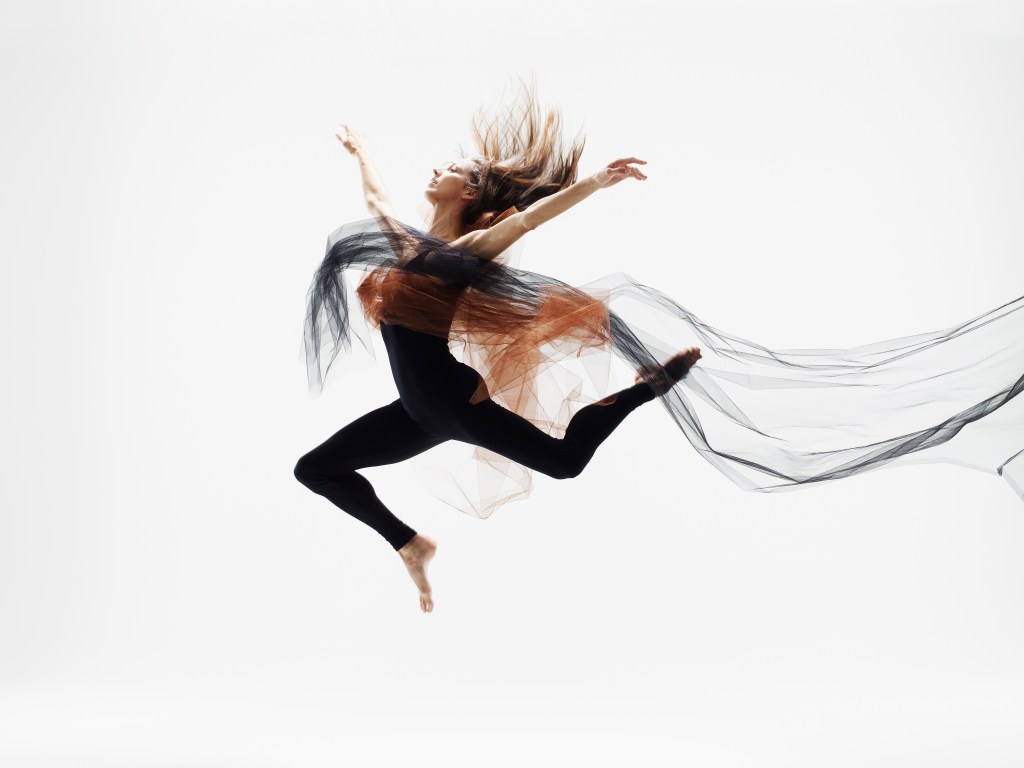 THOMAS BARWICK able to communicate thoughts or feelings (adjective) Dance is an expressive art form. eyes let Makayla convey emotions such as happiness or sadness. The whisper function allows her to speak with friends without interrupting the teacher. And AV1 is portable, so Makayla’s friends can carry it to recess or on social outings. (AV1 is now available only in Europe, but it will soon be available in the U.S.)

Makayla’s classmates nicknamed her robot Robbie. One staff member even made Robbie a coat so it wouldn’t get cold while traveling between school buildings.

Karen Dolva cofounded No Isolation, the company that makes AV1, in 2015. “When you’re not in school, you miss out on all these small, magical moments and interactions,” Dolva told TFK. “AV1 helps you stay involved in the conversation.” 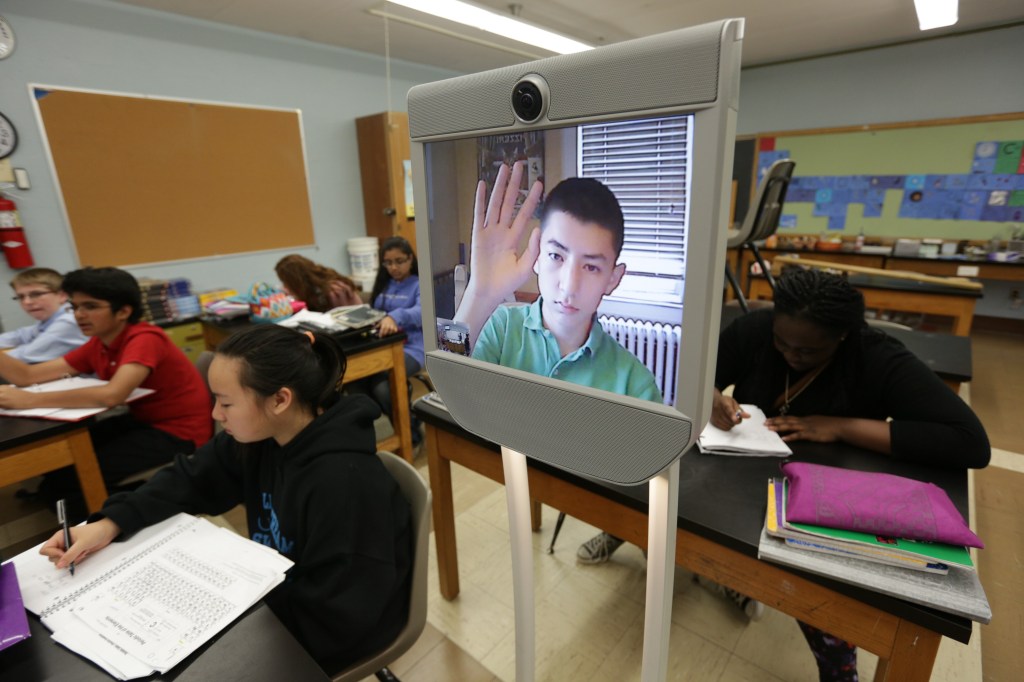 My Life as a Robot

After surgery to remove my appendix, my doctor told me I would be out of school for more than a week. But with exams coming up, I worried about missing class. My family thought of an innovative solution: I would…