The Taj Mahal, in Agra, India, is one of the most brilliant structures on Earth. Depending on the season and the time of day, the white marble monument takes on slightly different hues. But over the years, the Taj Mahal has been changing color even more—and not in a good way. Pollution has been turning the UNESCO World Heritage site shades of green, yellow, and brown.

“It’s very serious,” Supreme Court justices in India said earlier this year, according to the Times of India. “It has to be saved.” 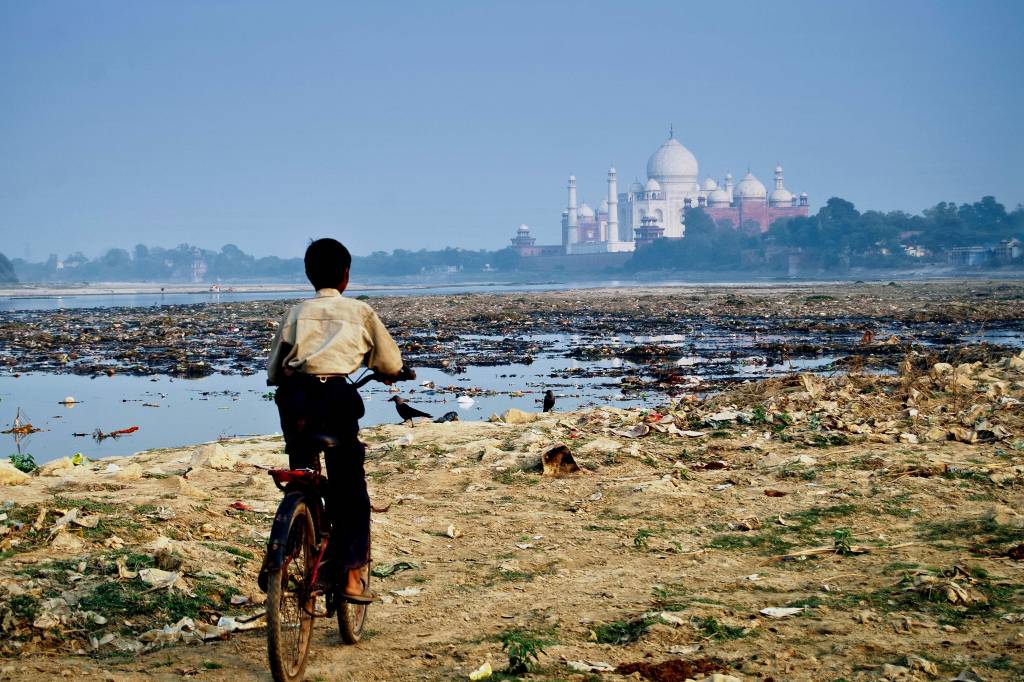 The Taj Mahal stands on the waste- and garbage-filled Yamuna River. Swarms of insects attracted to the dirty water leave greenish droppings on the building. Air pollution also threatens the Taj Mahal. According to the World Health Organization, air quality in India is among the worst in the world. In Agra, factories and cars fill the air with pollution particles particle 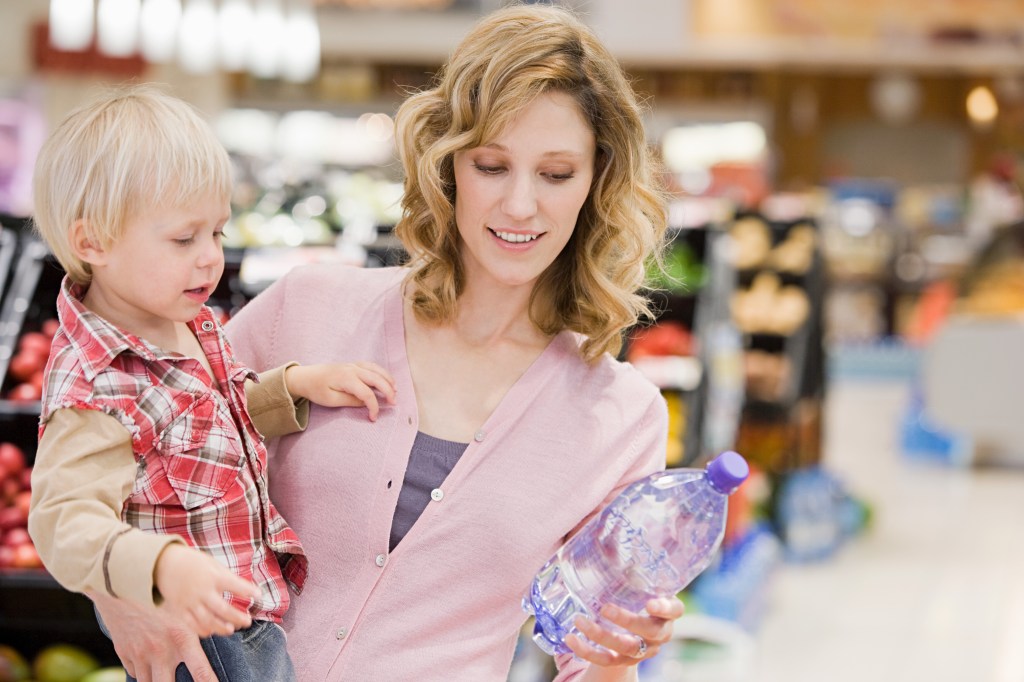 IMAGE SOURCE/GETTY IMAGES a small piece of something (noun) I saw strange particles floating in my water. , which stick to the Taj Mahal’s surface.

In the 1990s, India’s Supreme Court ordered hundreds of factories near the monument to close. Also, car and bus traffic was restricted. From time to time, workers apply a mud paste to remove grime grime 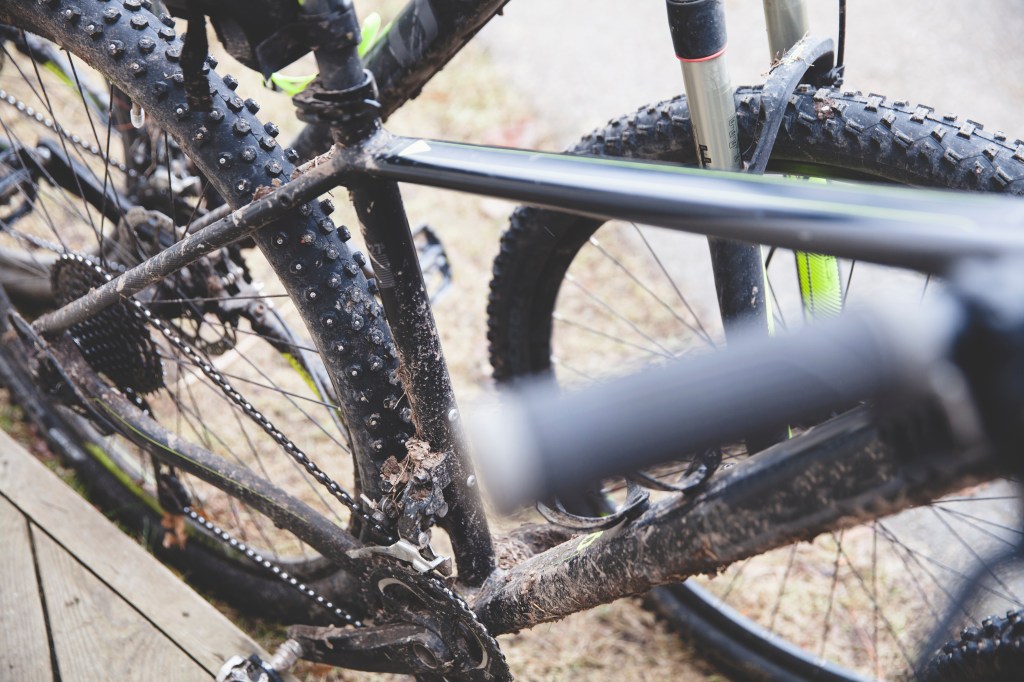 KATJA KIRCHER/GETTY IMAGES surface dirt (noun) The bicycle was covered in grime. from the Taj Mahal’s surface. But cleaning the structure is difficult, expensive, and time-consuming. And it doesn’t prevent the discoloration. 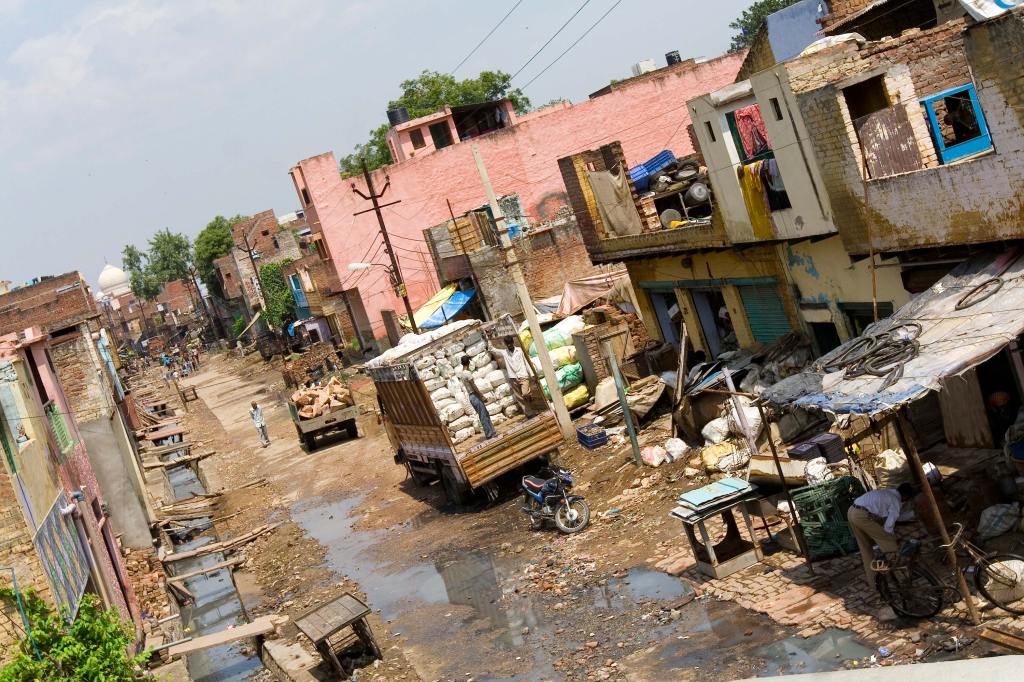 GRIME TIME Factories and vehicles in Agra, India, spew pollution into the air.

“The symbol of India is getting dirty, and nobody is doing anything about it,” Mike Bergin told TIME for Kids. He coauthored a 2014 study of pollution at the Taj Mahal.

The Taj Mahal was built nearly 400 years ago by Emperor Shah Jahan, in memory of one of his wives, Mumtaz Mahal. Constructing the mausoleum mausoleum 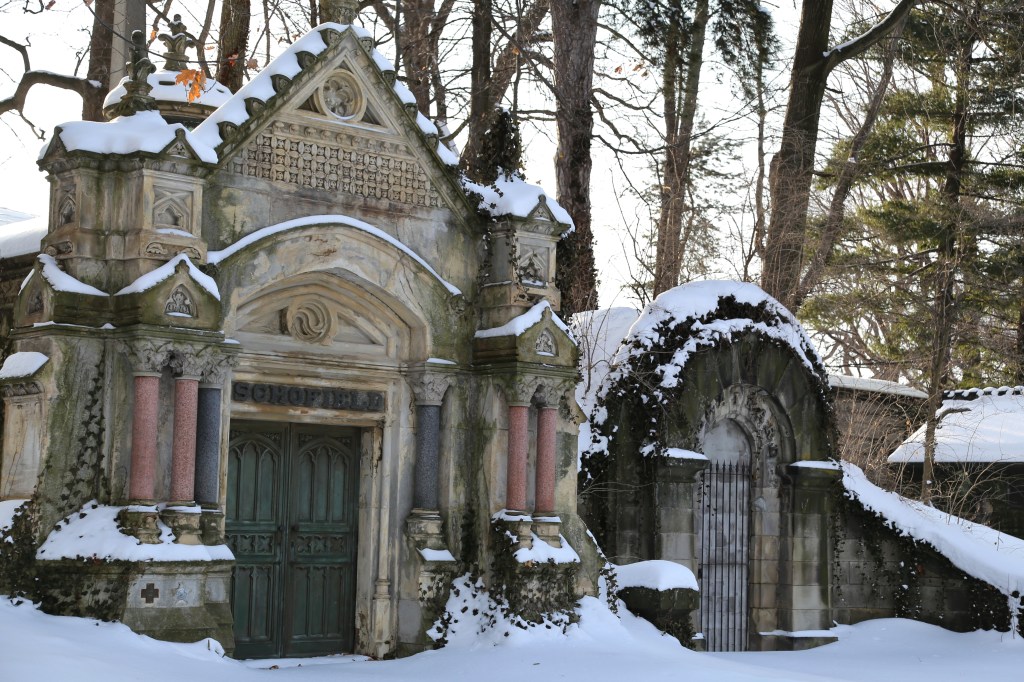 DOUGLAS SACHA/GETTY IMAGES a tomb above ground (noun) The family mausoleum sits at the center of the cemetery. took about 20 years. Some 20,000 workers and 1,000 elephants helped get the job done.

Today, the Taj Mahal stands with the Great Wall of China and Machu Picchu, in Peru, as one of the New Seven Wonders of the World. But it’s not just a symbol of cultural history. It’s also India’s most famous tourist attraction, drawing about 8 million visitors each year. They bring business to Uttar Pradesh, the Indian state where the Taj Mahal is located (see “Where on Earth?”). 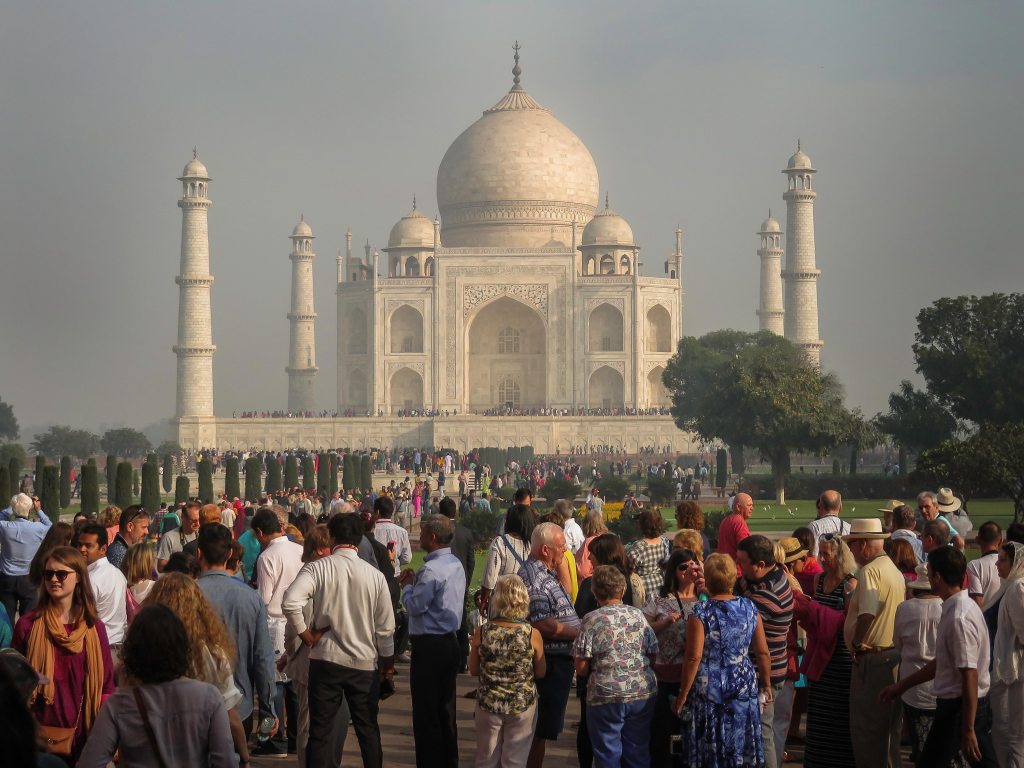 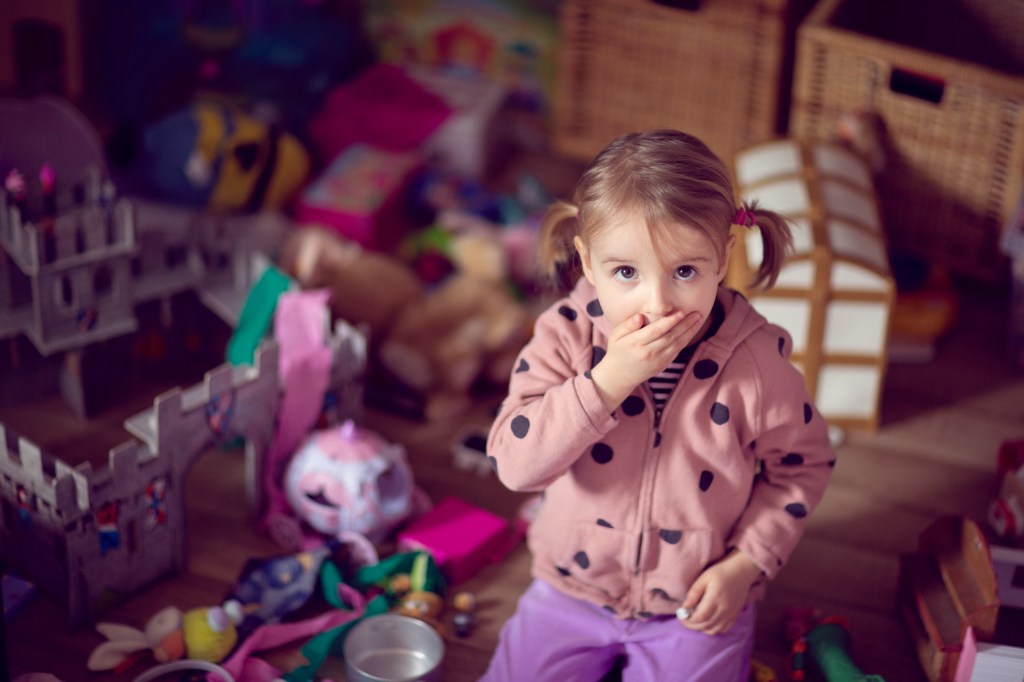 ELVA ETIENNE/GETTY IMAGES a final demand (noun) My mom issued an ultimatum: I could either clean my room or be grounded for a week. : “Either you demolish it or you restore it.”

Authorities in Uttar Pradesh submitted a draft of an action plan on July 24. It suggests banning plastics and construction from the area. It also calls for the closing of more factories. A final plan was due on November 15.

In order to preserve the Taj Mahal, many people will need to come together and work toward a solution. “There needs to be positive pressure on people to act—we need to act on this,” Sachchida Nand Tripathi says. He worked on the 2014 study with Mike Bergin. “We are trying,” he adds, “but we need to try more.” 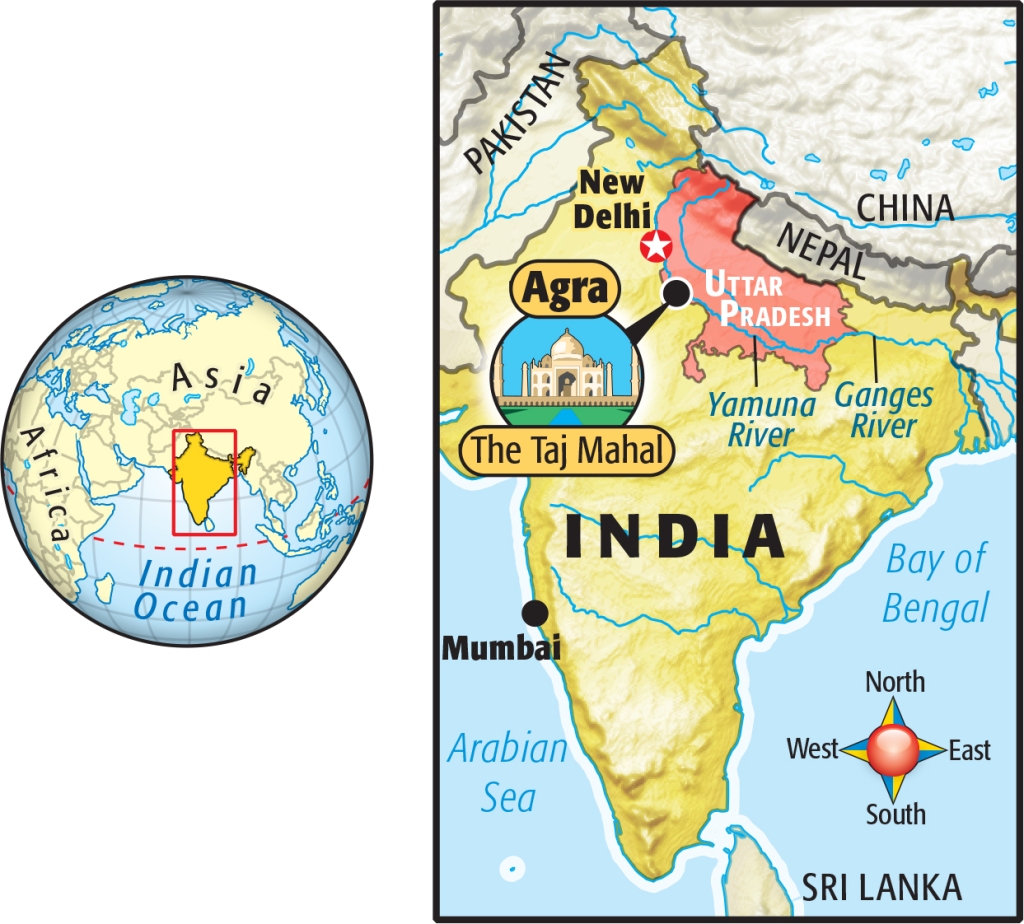 The Taj Mahal is located in the city of Agra, which is in Uttar Pradesh. That’s the most populous and fourth-largest of India’s 29 states and seven union territories. Each state has its own local government and leaders.

Stop & Think! What text features are included as part of this article? How do they support the readers’ understanding? If you were the writer, what other text features would you add? 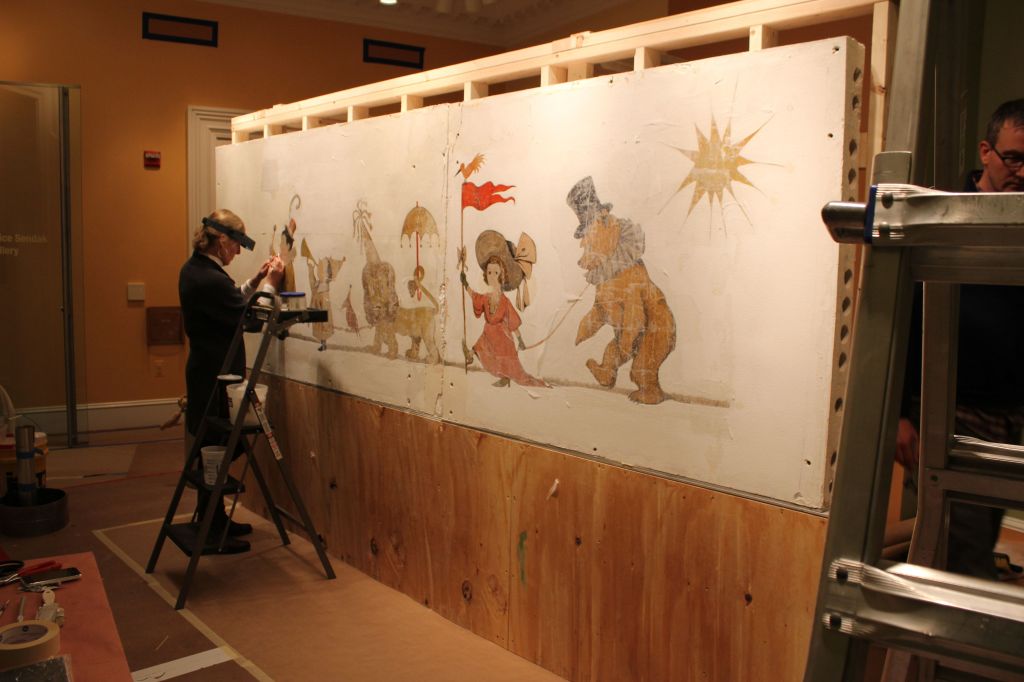