It was an ordinary day at Grand Central Terminal, in New York City. The train station was busy. People were rushing to and from work. Then the creatures showed up. 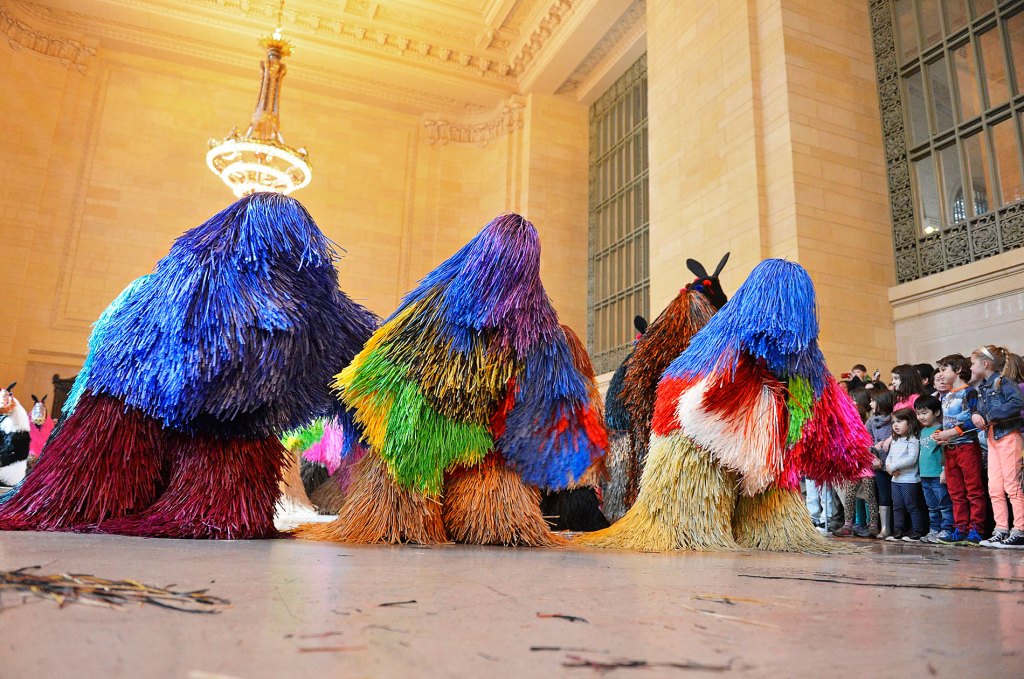 They were green, red, and shades of blue. They rose with a whisper. When they moved, they whooshed like leaves in the wind. They waddled. They stomped. They shimmied to a drumbeat. People stopped to watch the creatures dance. It was like stepping into a different world.

That’s what artist Nick Cave wants us to feel. He created the costumes, called Soundsuits. “I want viewers to reflect reflect 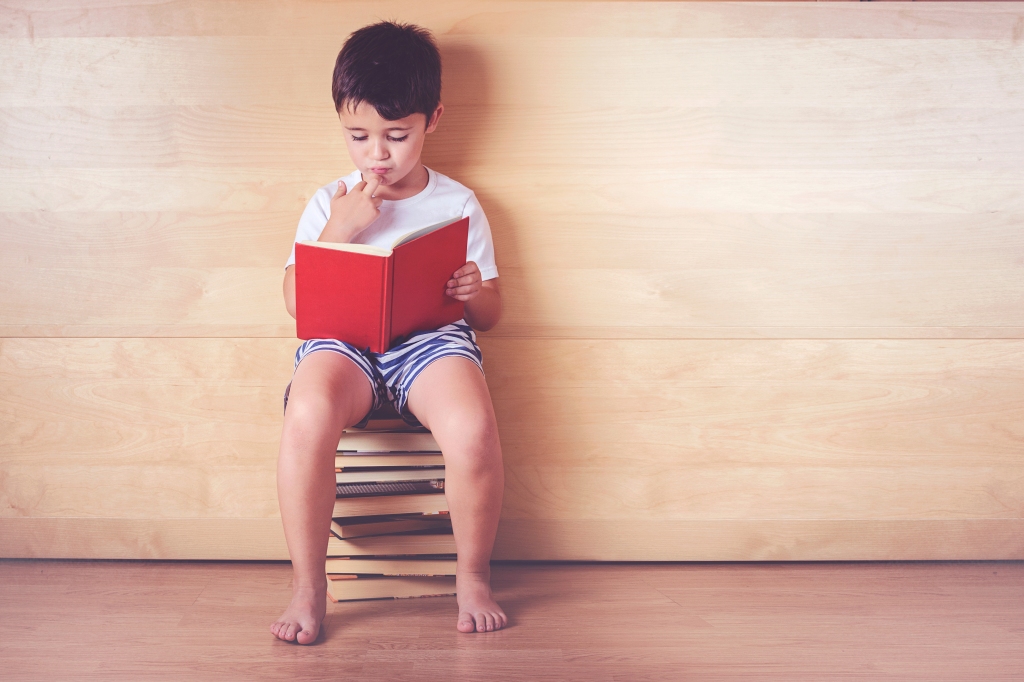 ESTHER MORENO MARTINEZ/EYEEM—GETTY IMAGES to think carefully; to consider (verb) The book caused me to reflect on my own friendships. on how they respond to someone or something unlike themselves,” Cave told TIME for Kids. “It’s a way to start a discussion about difference and the power of uniqueness unique 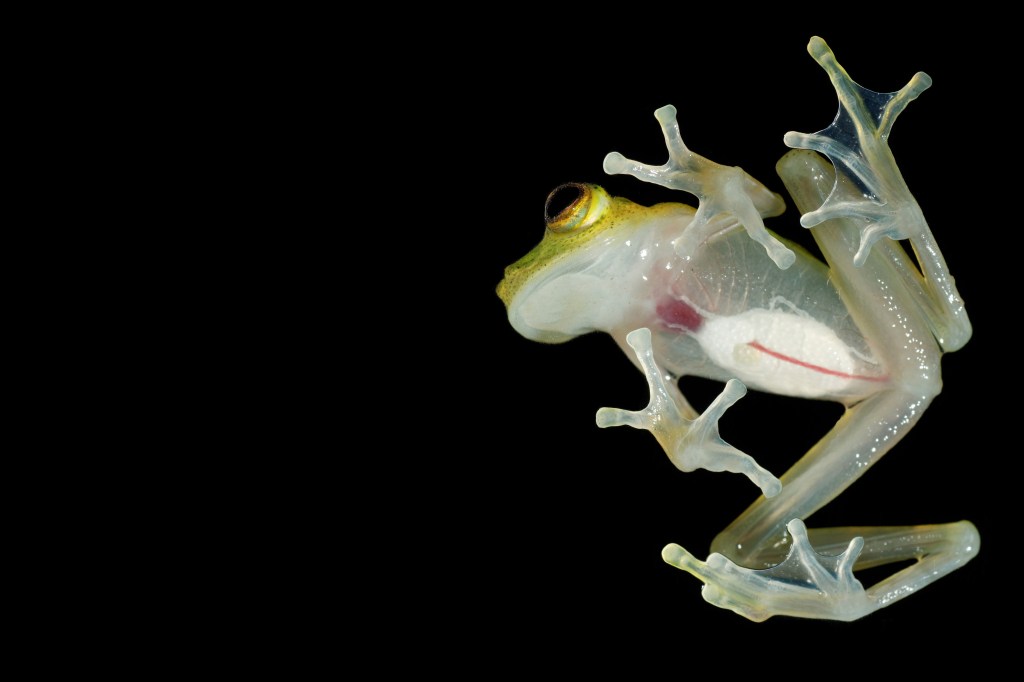 MATTHIEU BERRONEAU/GETTY IMAGES being the only one of its kind or unlike anything else (adjective) Glass frogs are unique creatures. .” 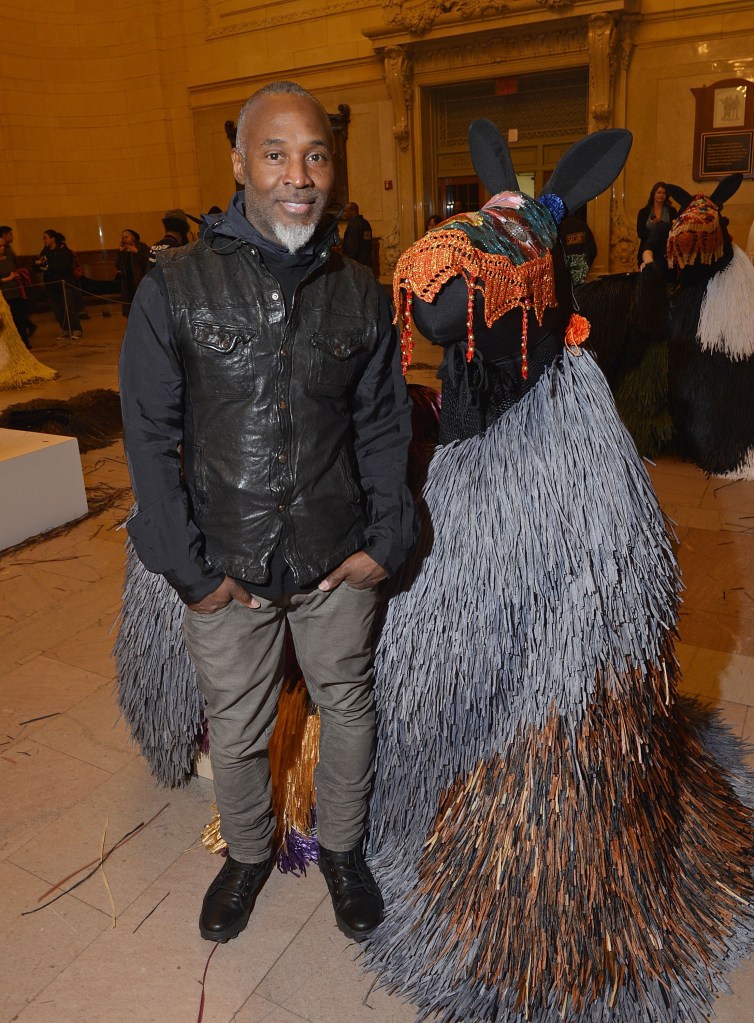 Nick Cave poses with one of his fantastic creatures.

Cave says putting on a Soundsuit lets him be seen without prejudice. “It hides gender, race, and class,” he says. “It is an extremely liberating liberating 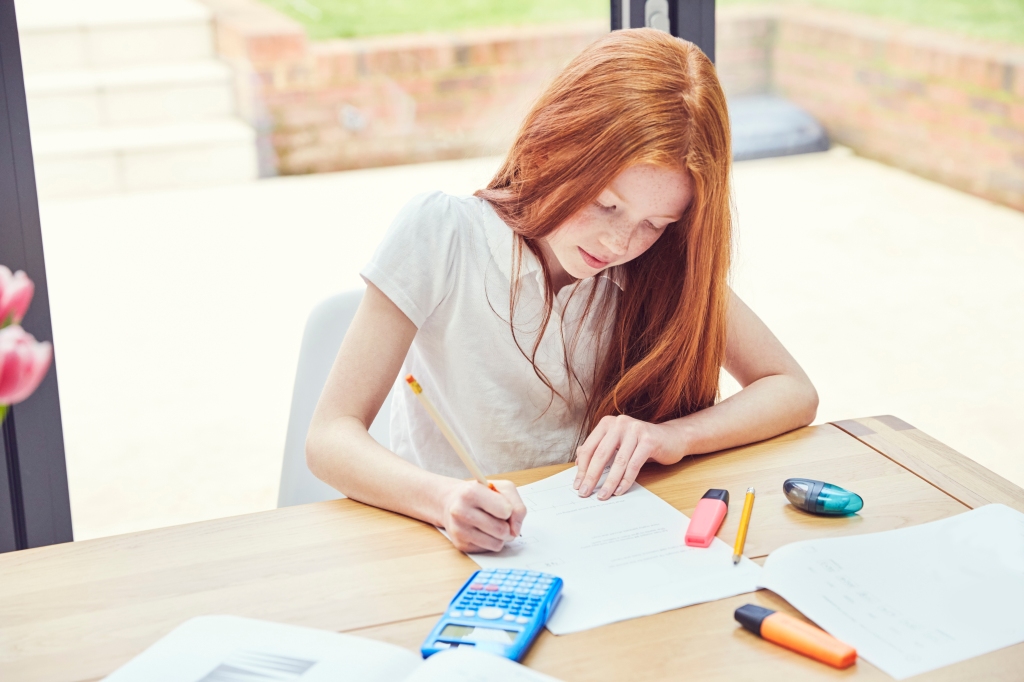 EMMA KIM/CULTURA—GETTY IMAGES freeing (adjective) It feels liberating to finish all my homework for the weekend on Friday. feeling.”

The suits can make viewers feel free, too. Coralie Claeysen-Gleyzon works at a museum where the Soundsuits were on display last year. “The suits open the door to imagination,” she says. “They help you project what you could be, what you could create.” 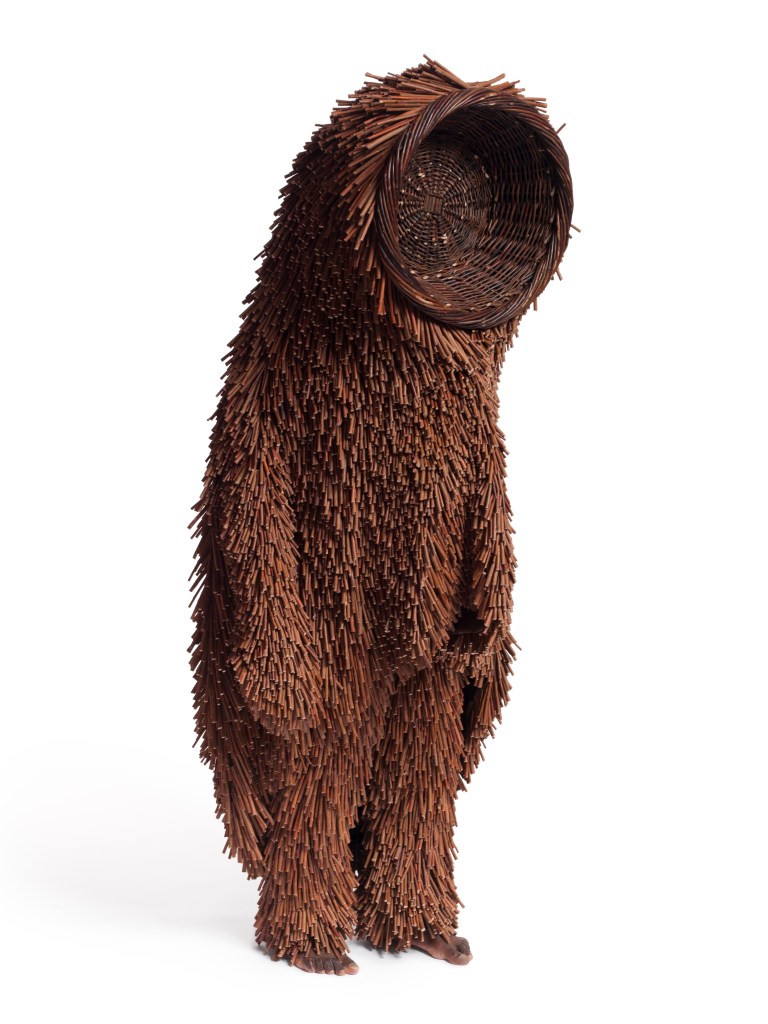 This Soundsuit is made from twigs, wire, and a basket.

Feeling inspired? Take a lesson from the artist and look around you. Cave observes the world. That is where he gets some of his best ideas. “The places and people I come across every day are the greatest and most surprising inspirations inspiration 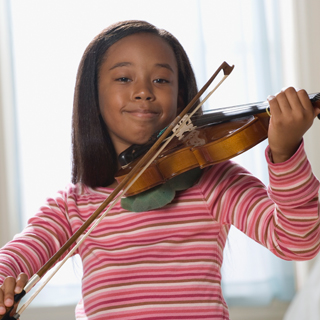 a feeling of being moved to do something (noun) The artist looked at the landscape for inspiration. ,” he says. 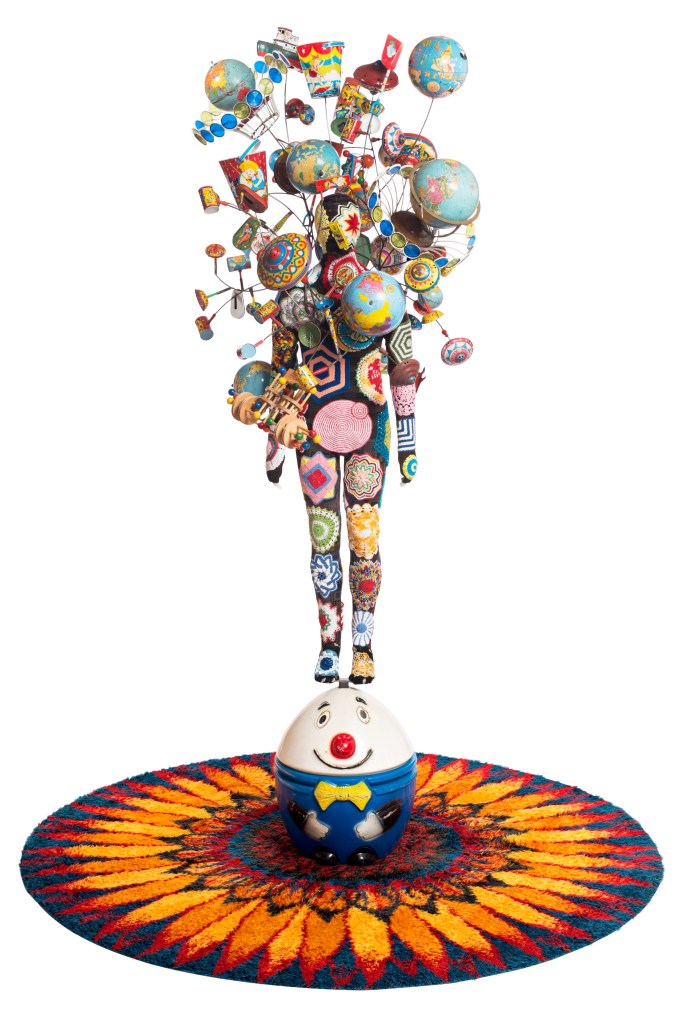 The Soundsuits for the Grand Central Terminal performance were made of raffia. It’s a strawlike fiber. It is made from palm leaves. But Cave makes his Soundsuits with other materials, too. These include sequins, buttons, blankets, porcelain birds, and toys. Cave finds these items in secondhand stores. He gives them new life in his Soundsuits. 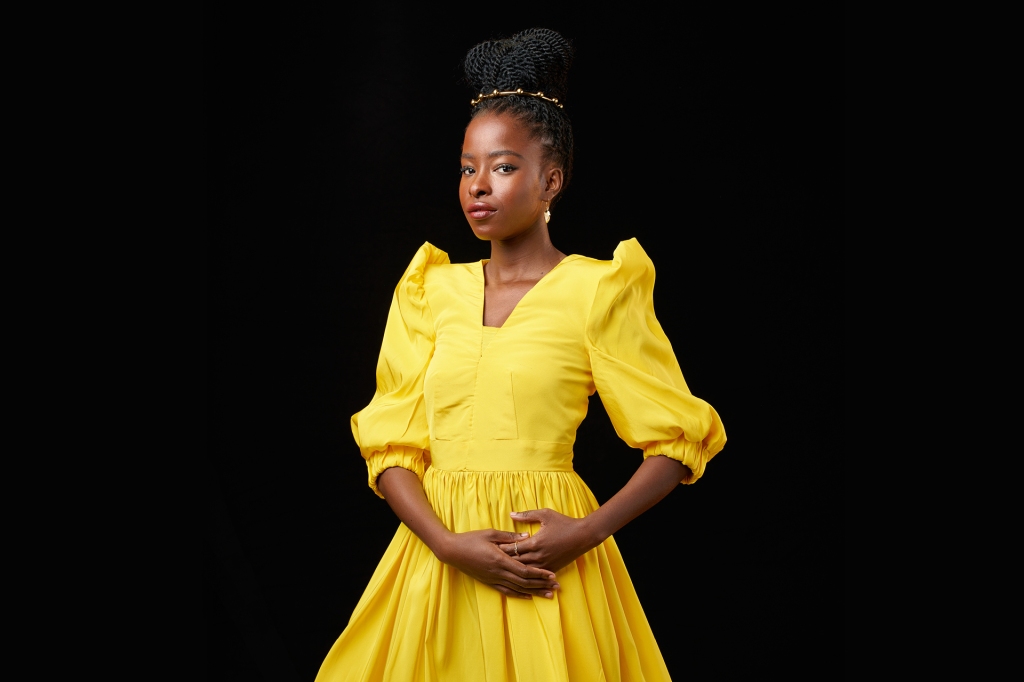 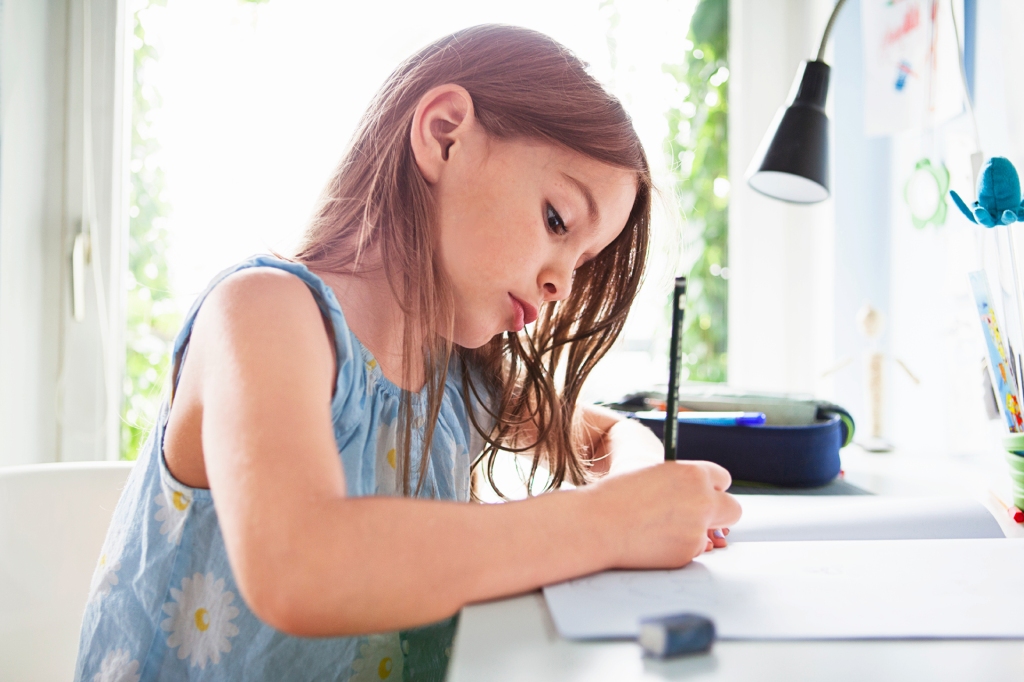 You can be a poet too! Follow these steps to write your own poem. Amanda Gorman gave TIME for Kids a writing prompt to get you started: “Think of something that’s important to you. Is it the library or animal… 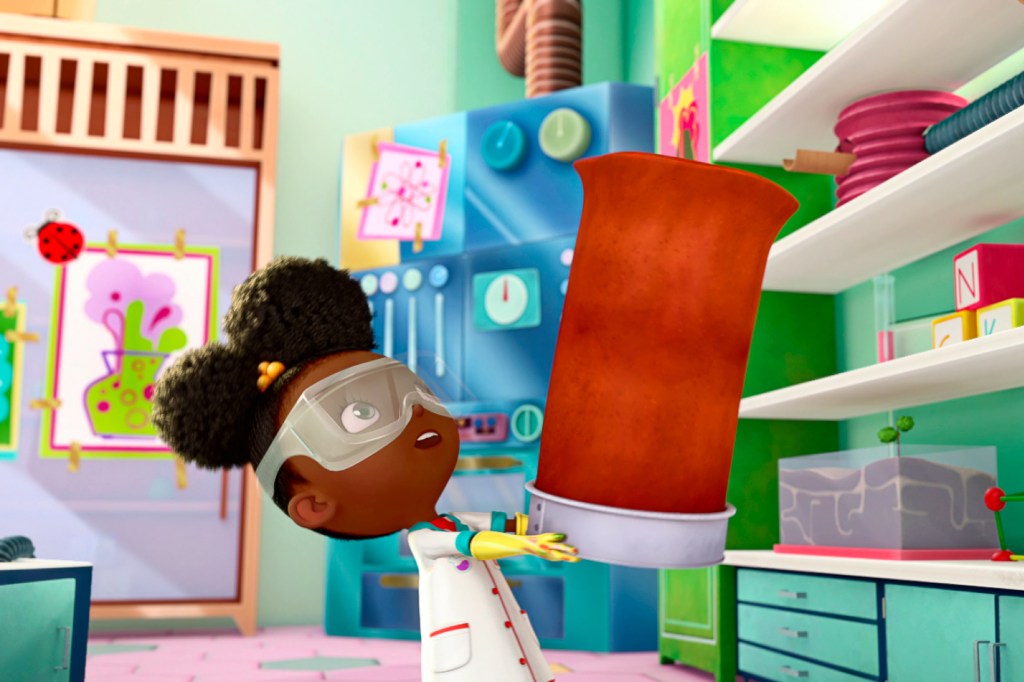 Ada Twist, Scientist is a new TV show. It is on Netflix. The series is animated. It is based on popular picture books. It follows Ada and her two best friends. In each episode, they use their talents to solve… 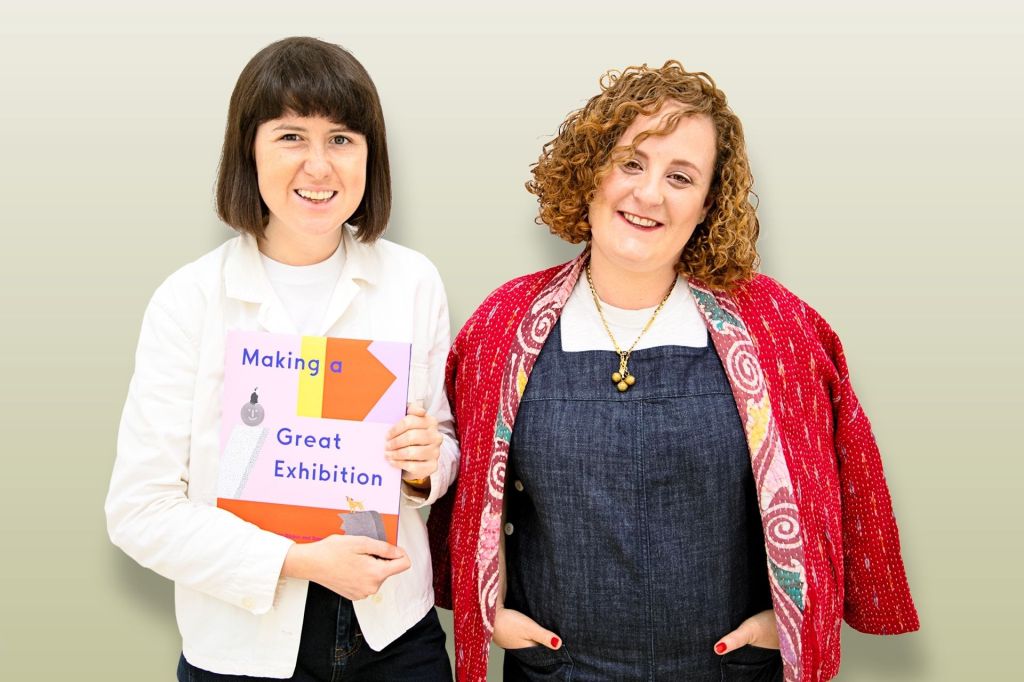 A Work of Art

Making a Great Exhibition shows how art goes from the mind of an artist to the walls of a gallery. Rose Blake (left) illustrated the book. Doro Globus is its author. The book goes behind the scenes in the art…