On September 13, the United States Fish & Wildlife Service (USFWS) announced a proposal. It would protect tricolored bats. The animal would now be listed under the Endangered Species Act. This follows a similar proposal, made in March, to reclassify the threatened northern long-eared bat. The two species are in danger, mainly because of a disease called white-nose syndrome. 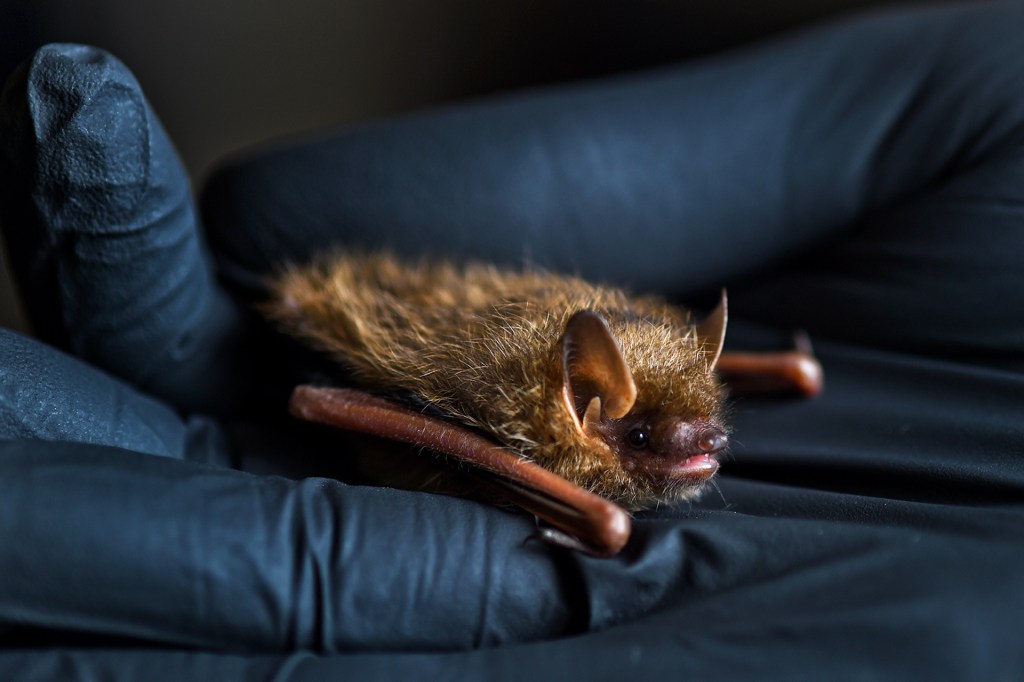 THREATENED The tricolored bat might soon be an endangered species because of white-nose syndrome.

“Bats play such an important role in ensuring a healthy ecosystem,” USFWS director Martha Williams said in a statement. But “white-nose syndrome is decimating decimate 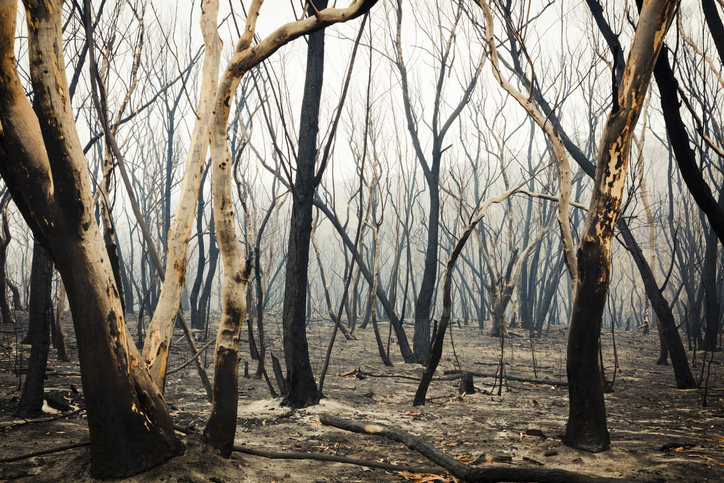 PHILLIP WITTKE—GETTY IMAGES to cause great destruction to (verb) The forest was decimated by the fire. hibernating bat species,” she added.

White-nose syndrome is caused by a fungus fungus 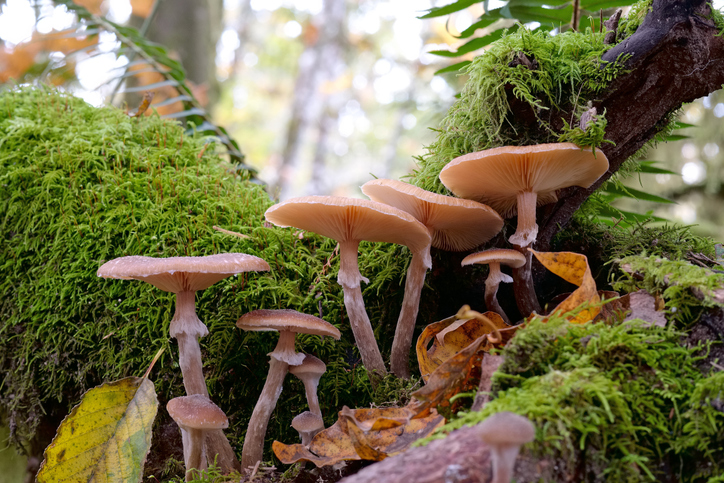 JASON SAVELSBERG—500PX/GETTY IMAGES a type of life that includes mold and mushrooms (noun) You can find different species of fungus in damp places. . It shows up on the animal’s nose and wings, and usually looks like white fuzz. It was first detected in New York, in 2006, and is known to affect only bats. The USFWS is working to understand the disease and how it spreads. 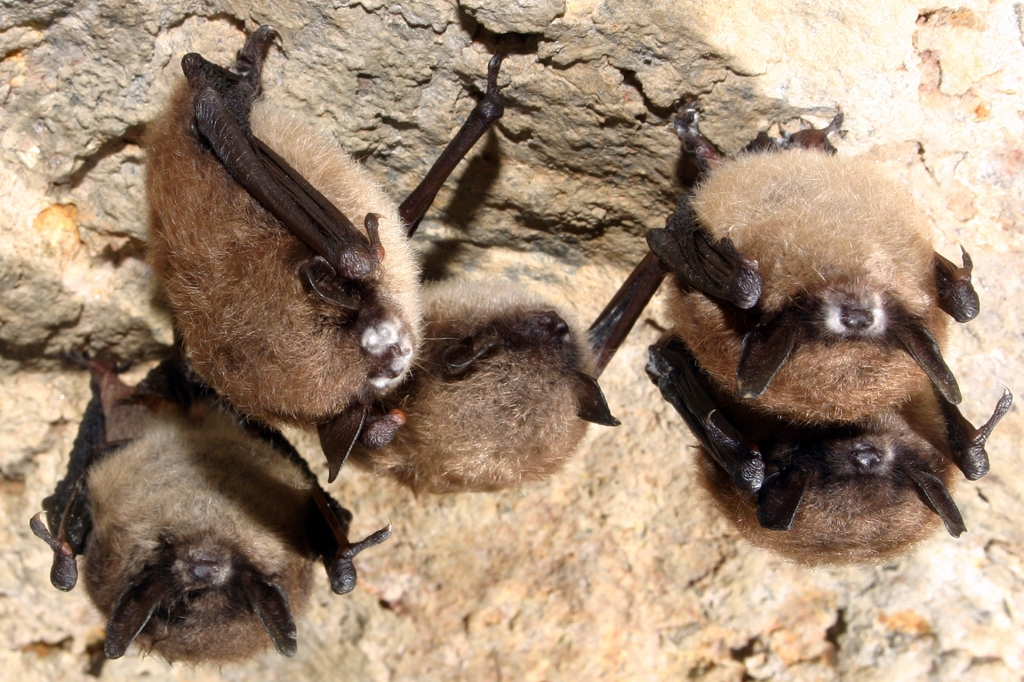 INFECTED These bats are affected by white-nose syndrome. The fungus looks like white fuzz.

Worldwide, there are more than 1,400 species of bats. In the U.S., there are 47. About half of these hibernate. “The diversity of bats is immense,” wildlife biologist Jeremy Coleman told TIME for Kids. He leads the USFWS white-nose syndrome response team.

Most bats are insectivores, which means they eat bugs. “[They’re] the primary consumer of night-flying insects . . . in much of the U.S.,” Coleman says. In a single night, bats can eat “up to half their weight in insect prey.” This is good news for farmers, since bats eat bugs that harm crops. According to the USFWS, the animals help U.S. farmers save more than $3 billion a year in pest control. 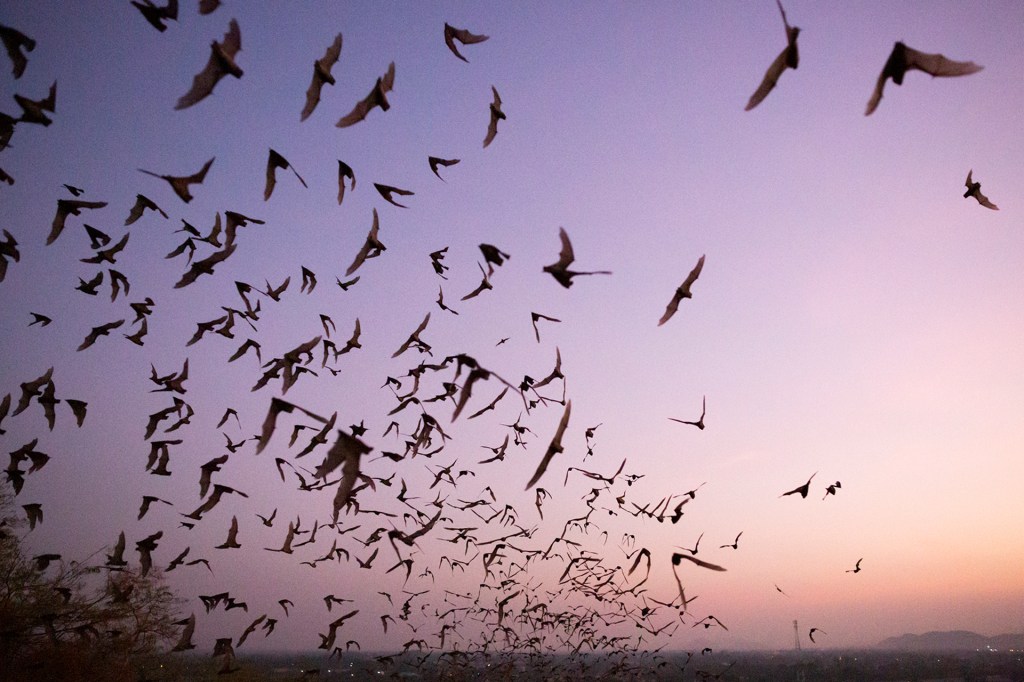 White-nose syndrome has been in North America since at least 2006. That’s when cave explorers in New York took a photo of hibernating bats with a white substance on their noses. In 2007, biologists began to notice the animals getting sick and dying from the fungus. At the time, white-nose syndrome was “something that nobody had really seen before,” Coleman says. 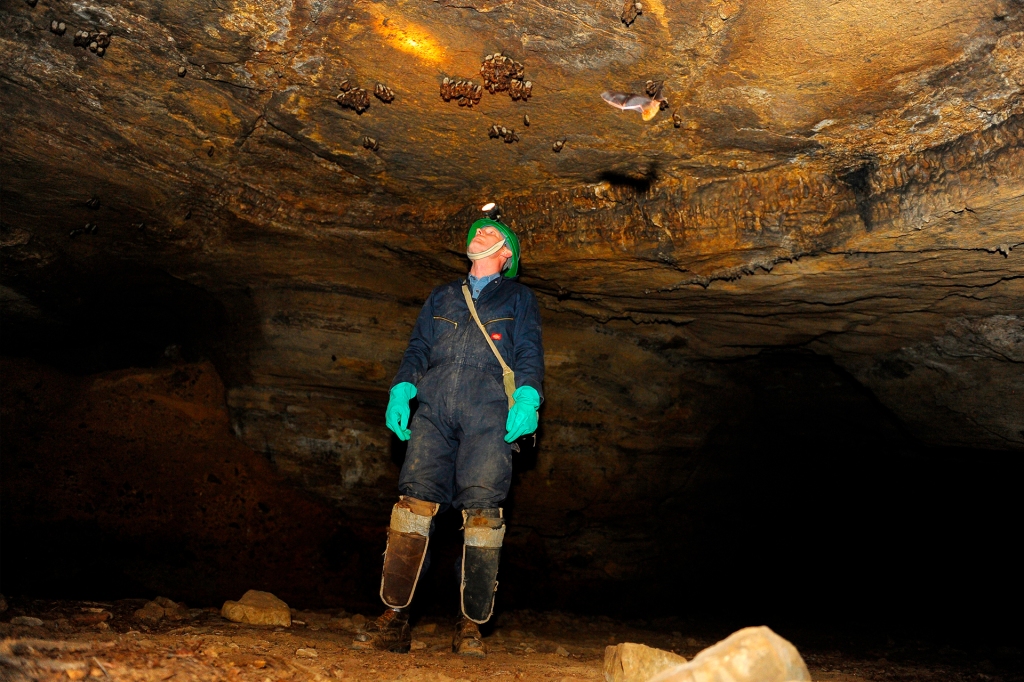 CLOSER LOOK This scientist is studying a group of little brown bats with white-nose syndrome.

The fungus grows in places that are cold, dark, and damp, like caves. As it attacks a bat’s skin, the animal’s behavior starts to change. The bat becomes more active than normal, wasting the energy it needs to survive the winter. The disease “started small and is now affecting many, many bats,” Coleman explains. “Millions of bats have died as a result of it.”

There is currently no cure for white-nose syndrome. But scientists are developing strategies to help bats survive. A 2018 study found that ultraviolet light can kill the fungus. Researchers are also testing a fungus-fighting substance that can be sprayed around areas where bats hibernate. And they’re working on a vaccine.

“Bats are cool,” Coleman says. “They’re not creepy.” And they’re not just a spooky Halloween symbol. “They’re an important part of the environment,” he says, “and we need to be aware of them.”

The USFWS says it will announce a decision about how to list tricolored bats by late 2023. A decision about the northern long-eared bat is expected next month.

How To Help Bats 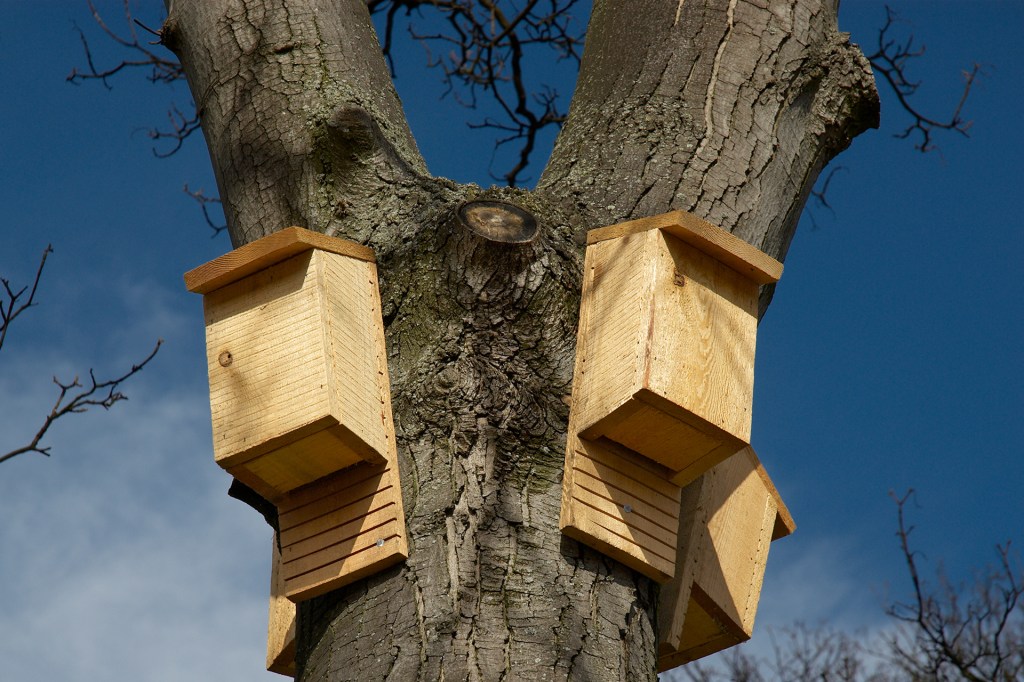 There are many ways to get involved in bat monitoring and conservation, Marilyn Kitchell says. She’s a public-affairs specialist with the USFWS. One example: “A lot of people love bat boxes,” she says. Instructions can be found online. Local wildlife groups can also provide tips, since building methods may differ depending on the kinds of bats in your area. Remember: Bats are wild animals. You shouldn’t handle them.