Each year, TIME magazine picks the best of the year’s inventions that will change how we live, work, and play. Here, TFK highlights 12 that we think will make the world better. Some help people overcome obstacles. Others help protect the environment. A few just help us have fun.

Read on to learn about these amazing objects. Which will make a difference in your life? Which will affect the people around you? 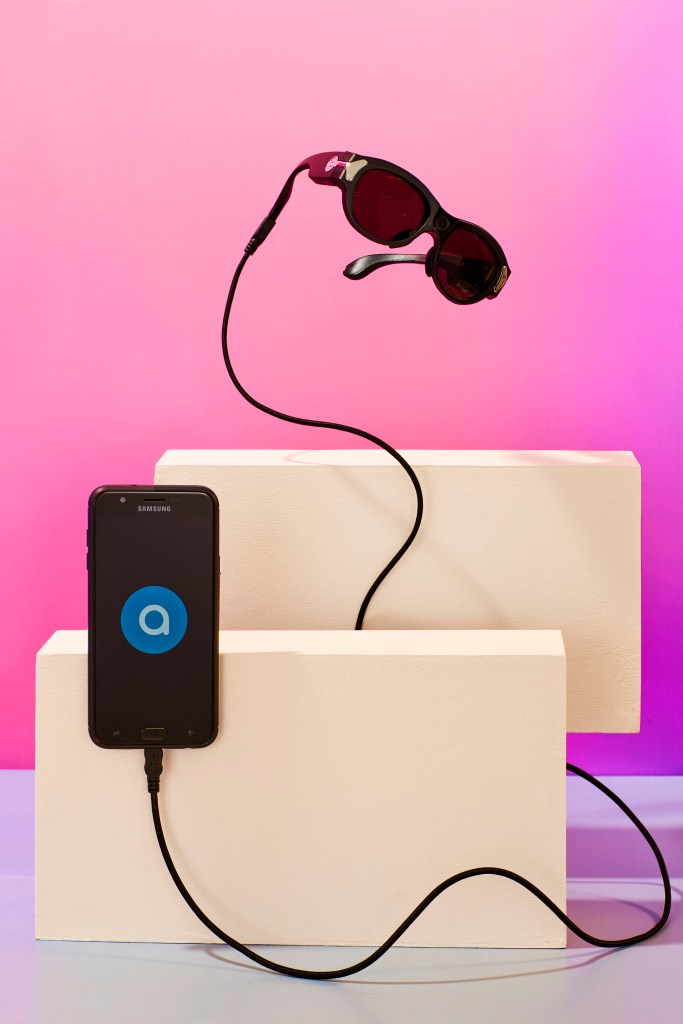 For people who are blind, everyday tasks such as walking to school or doing laundry can be tough. What if they could “borrow” the eyes of someone who can see?

That’s the thinking behind AIRA. Aira is a service. Users send live video of their surroundings to an agent agent 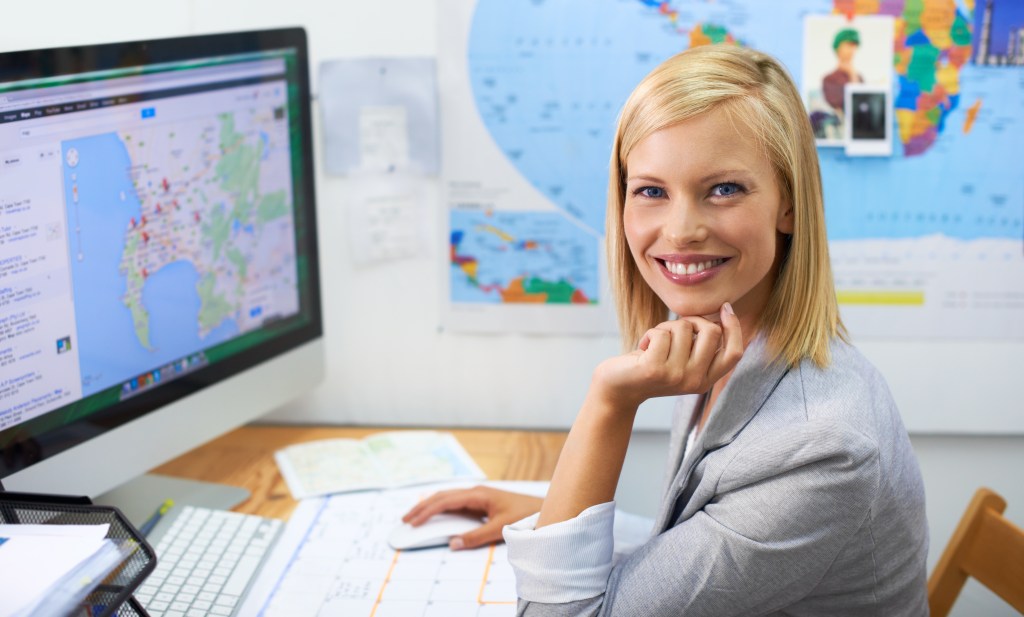 PEOPLEIMAGES/GETTY IMAGES a person who acts on behalf of another person or group (noun) We booked our flights through a travel agent. . This is done with special glasses or a smartphone app. The agents are always available. They can answer questions, describe objects, and guide users through a location. —Samantha Cooney

Get in the Game 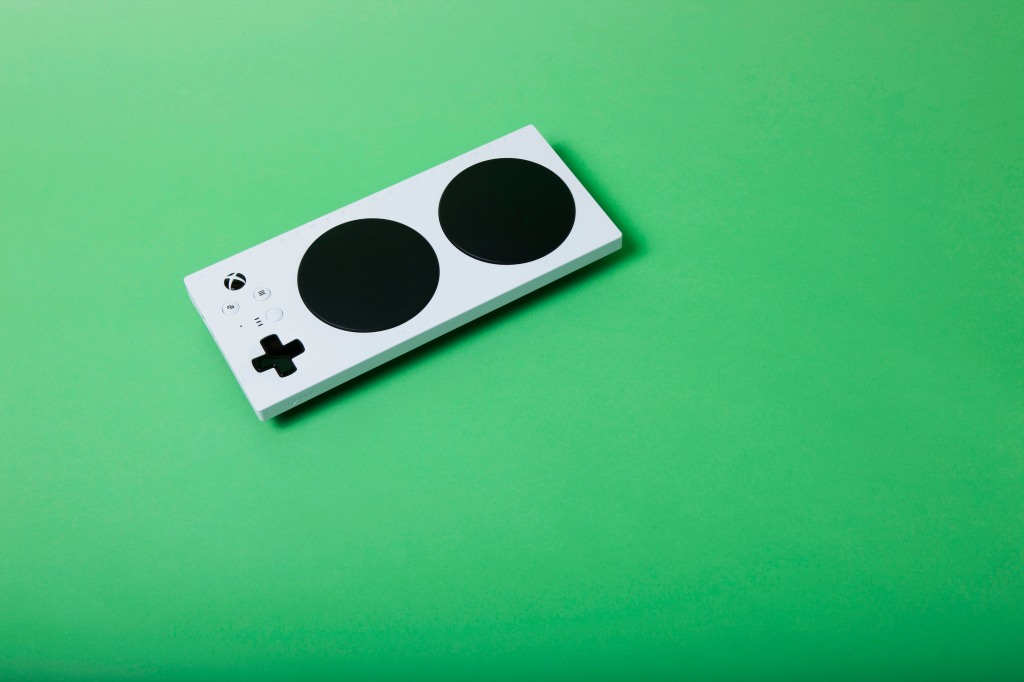 Video games are usually controlled with small buttons and joysticks. But some people have trouble using their arms and hands. This can make it hard for them to play. Microsoft made the XBOX ADAPTIVE CONTROLLER to help these gamers. It is a larger version of a classic controller. Its buttons are big so they can be pressed with an elbow or a chin. And there are ports where you can plug in more aids, such as a foot pedal. —S.C. 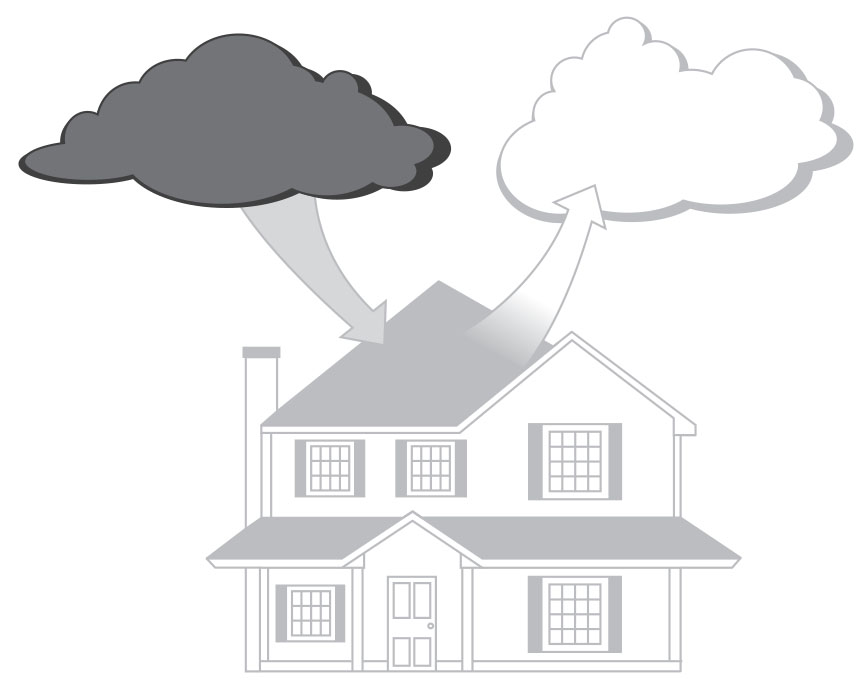 ILLUSTRATION BY TODD DETWILER FOR TIME

Smog is a type of air pollution. It comes from car and factory emissions. Breathing in too much smog can cause a person to become sick.

The company 3M has created a new material for roofing shingles. When the sun’s rays hit 3M SMOG-REDUCING GRANULES, the granules granule 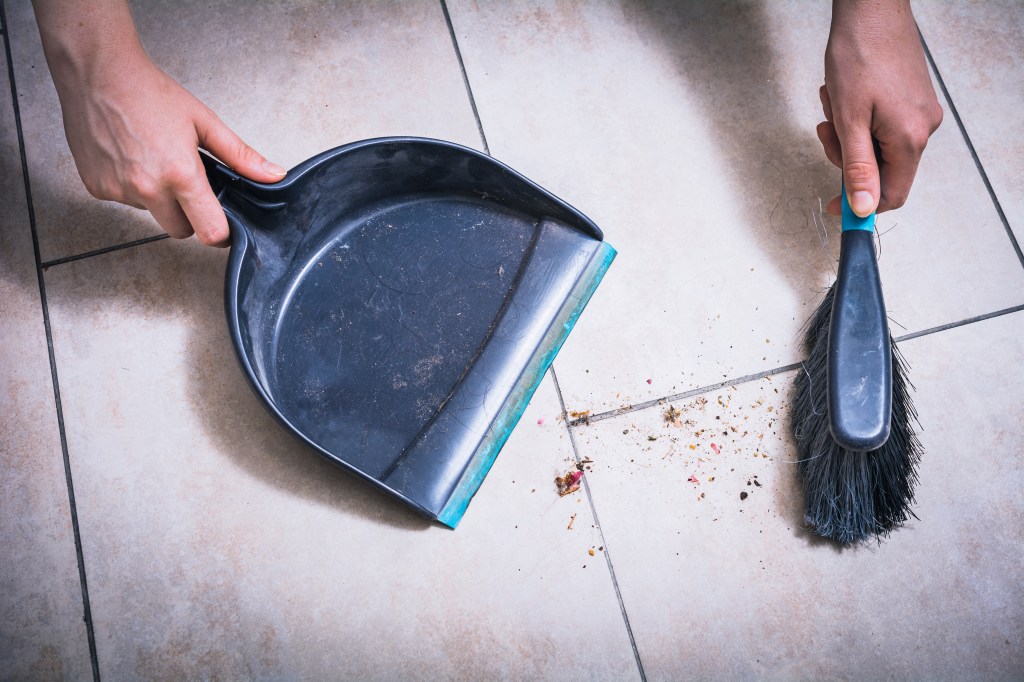 ISTOCK/GETTY IMAGES a small particle of substance (noun) Justin swept sugar granules from the kitchen floor. can break down smog particles in the air. The broken-down particles are washed away the next time it rains. The granules will help reduce air pollution. —Justin Worland 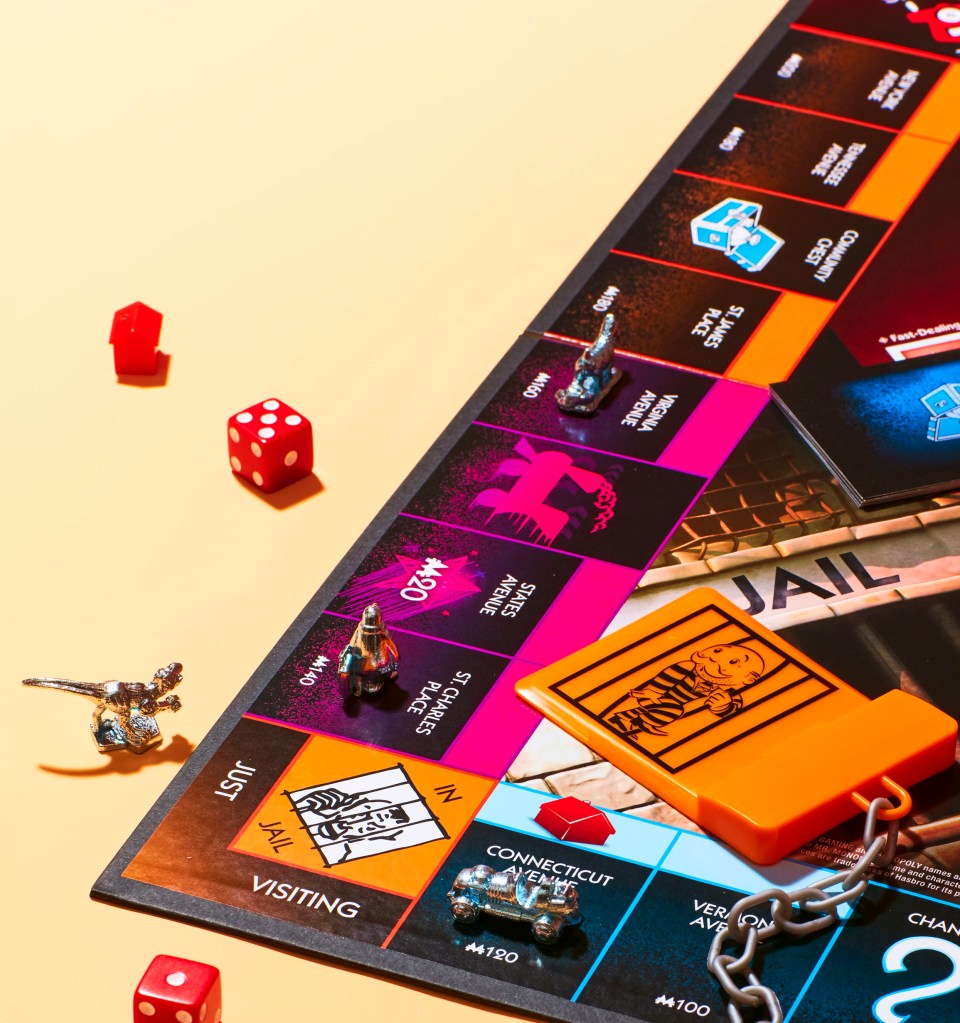 Monopoly is hard enough when people play by the rules. But cheating is common. Players steal from the bank, skip ahead, or worse! Hasbro, the company behind the board game, has embraced this. In MONOPOLY: CHEATERS EDITION, “cheat cards” tell players to fool others. Those who get caught face consequences. Jennifer Boswinkel works at Hasbro. She says the company’s goal was to capture players’ “mischievous spirit.” —Megan McCluskey 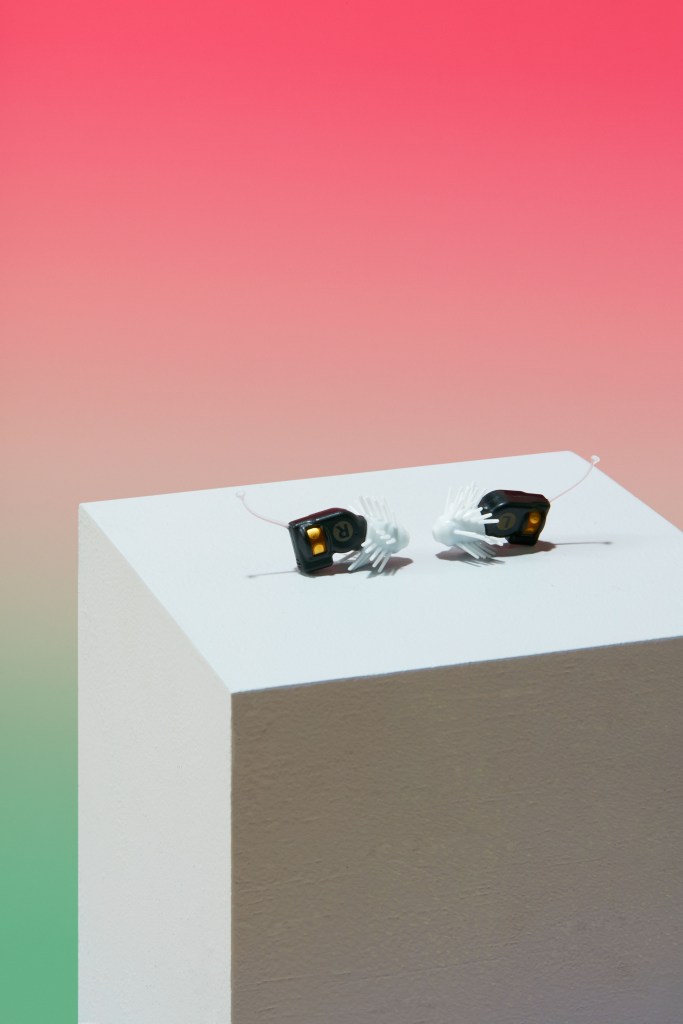 About 48 million Americans suffer from hearing loss. Many of them could be helped by a hearing aid. But some people don’t want to wear hearing aids because of how they will look.

Hearing aids usually wrap around the ear. EARGO MAX works almost entirely out of sight. It is a rechargeable hearing aid that fits comfortably inside the ear. Customers have been pleased. Eargo expected to end 2018 with 20,000 users. —S.C. 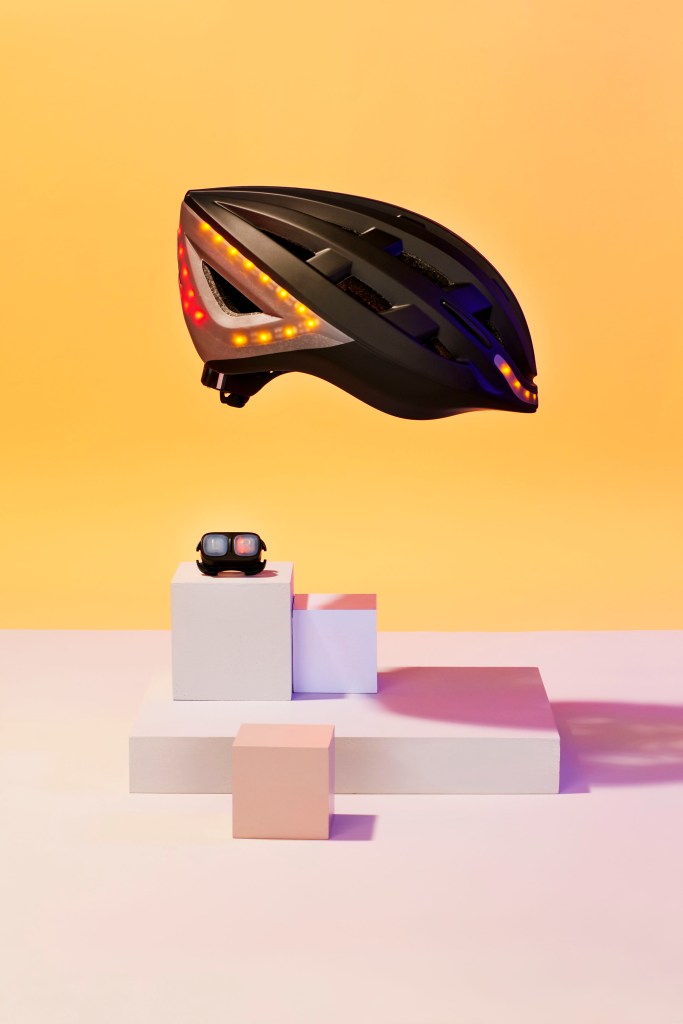 Biking in the dark can be dangerous. Eu-wen Ding nearly found this out the hard way. When he forgot his lights, cars almost hit him. So he started thinking about a better way to ride.

He created the LUMOS KICKSTART HELMET. Its bright LED lights make a cyclist more visible. They also blink to signal a turn. Riders can activate the signal by clicking a wireless remote on their handlebars. —Sean Gregory 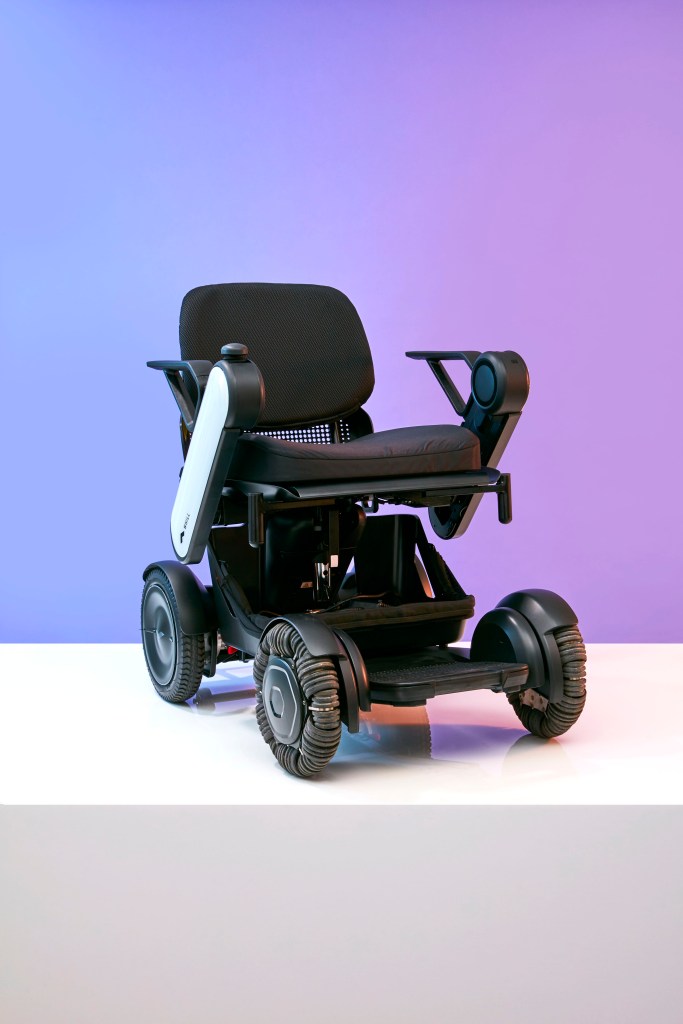 More than 3 million Americans use wheelchairs to get around. But most wheelchairs are bulky. They are also hard to move on many surfaces.

The WHILL MODEL CI is different. It is a new electric wheelchair. It has special front “omni-wheels” that allow it to go 10 miles indoors or out. It can climb obstacles two inches high and move around in tight spaces. The wheelchair can also be taken apart in minutes. This makes it easy to transport. —S.C. 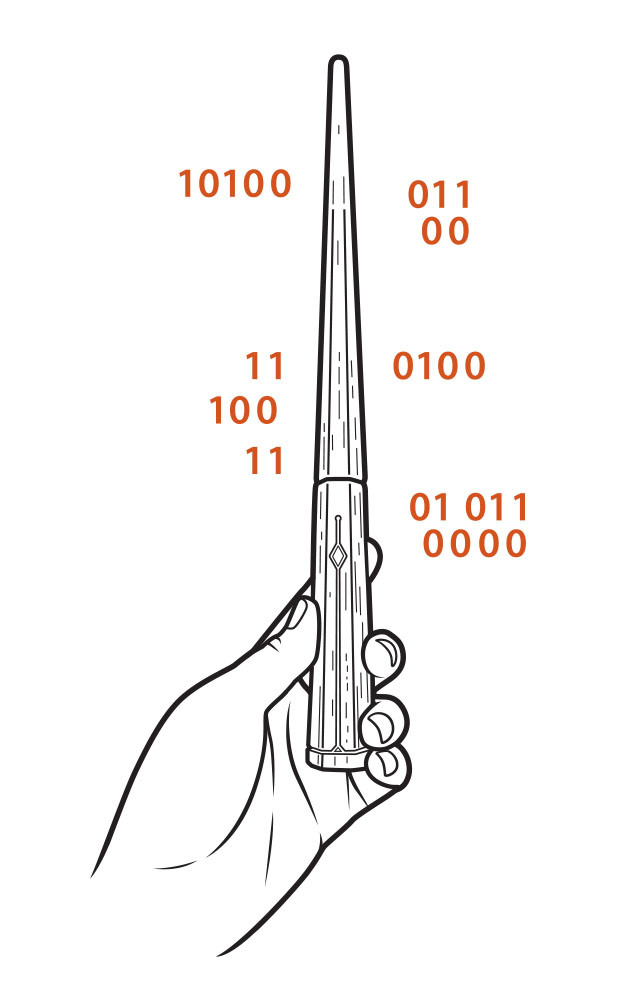 ILLUSTRATION BY TODD DETWILER FOR TIME

The Harry Potter universe already gets people excited about reading. Can it do the same for coding? Kano thinks it can. Kano is the company that makes the Kano Computer Kit. Its HARRY POTTER CODING KIT challenges children to complete quests in a virtual virtual 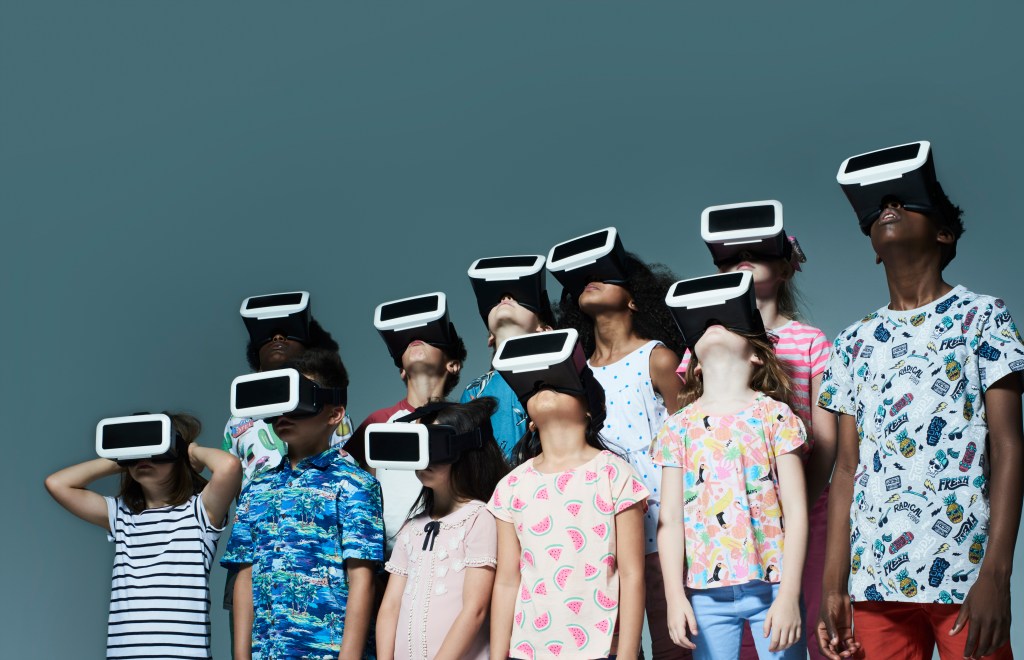 FLASHPOP/GETTY IMAGES not physically existing but simulated by computer software (adjective) The students went on a virtual field trip to Peru. wizarding world. First, users program “spells” by entering a series of commands. Then they wave an actual wand to make virtual things happen, such as changing a potion’s color. —M.M. 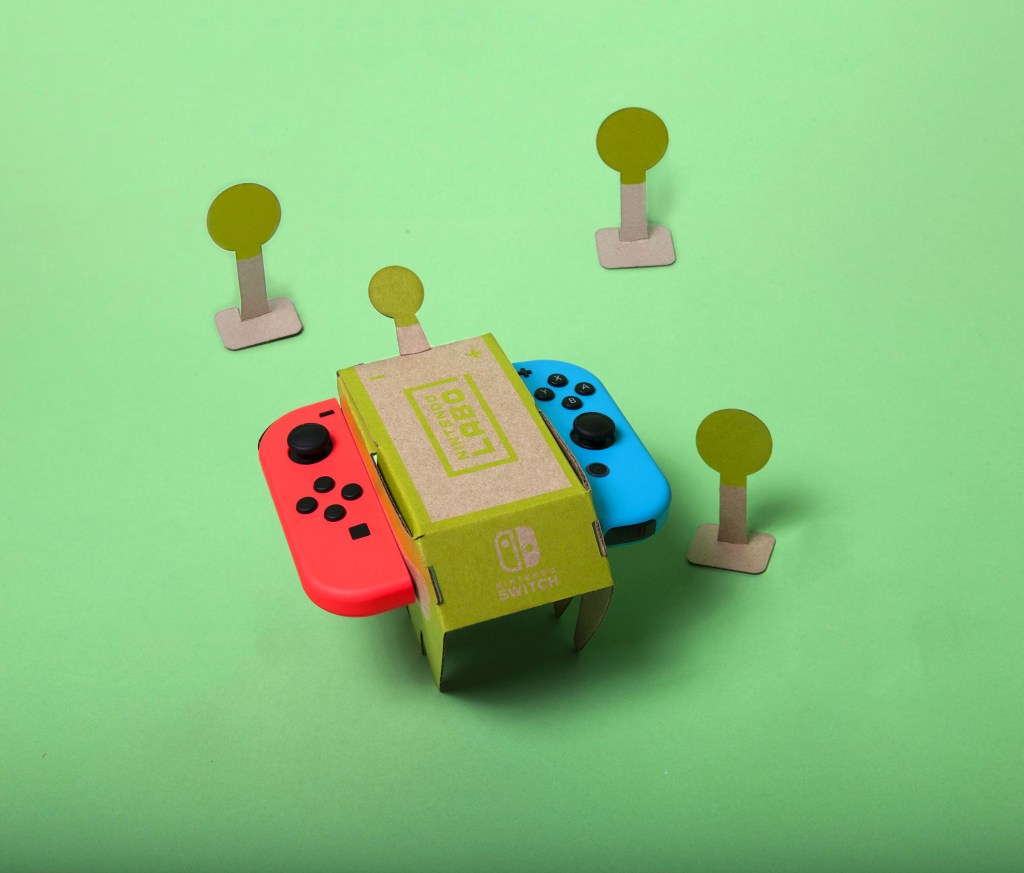 With video games, all the fun usually happens onscreen. Not so with NINTENDO LABO. These kits let gamers build cardboard controllers for the Nintendo Switch. Labo controllers range from a steering wheel to a robot suit. Once joined with a standard Switch controller, they can be used to play mini-games. Kouichi Kawamoto works at Nintendo. He says the goal was to “combine physical and digital game play.” —M.M. 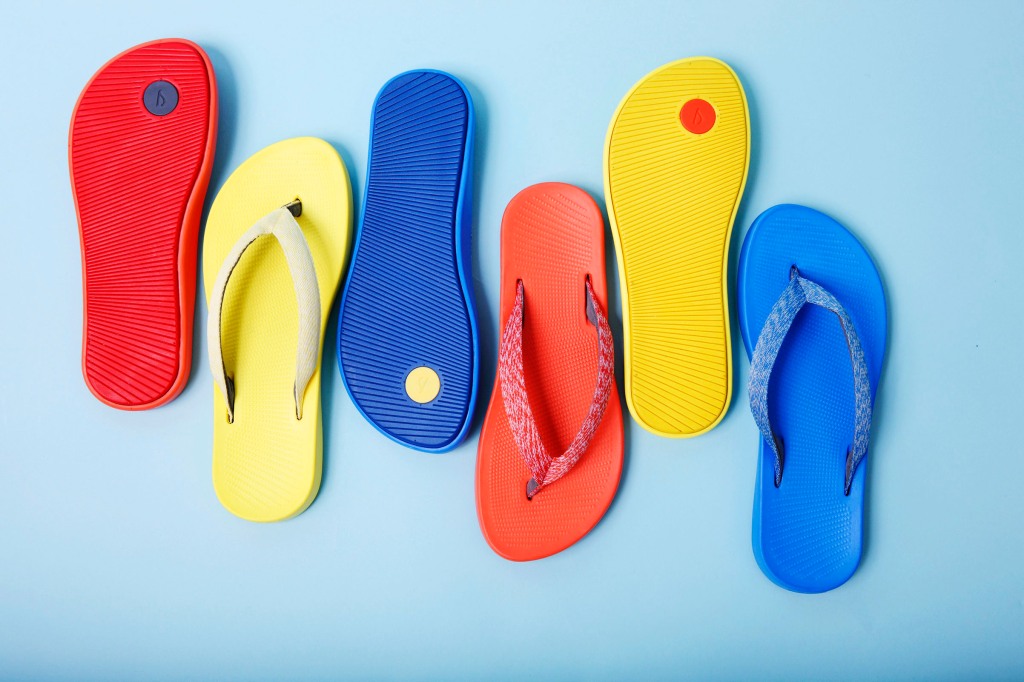 Many shoe parts are not eco-friendly. Allbirds is trying to change that. It is testing a new material called SWEETFOAM. The material is made from parts of the sugarcane plant that would otherwise be thrown away. Allbirds has started using SweetFoam in a line of flip-flops. It plans to use the material in more of its product lines. Allbirds wants other companies to do the same. That’s why it has made instructions for producing SweetFoam freely available. —J.W. 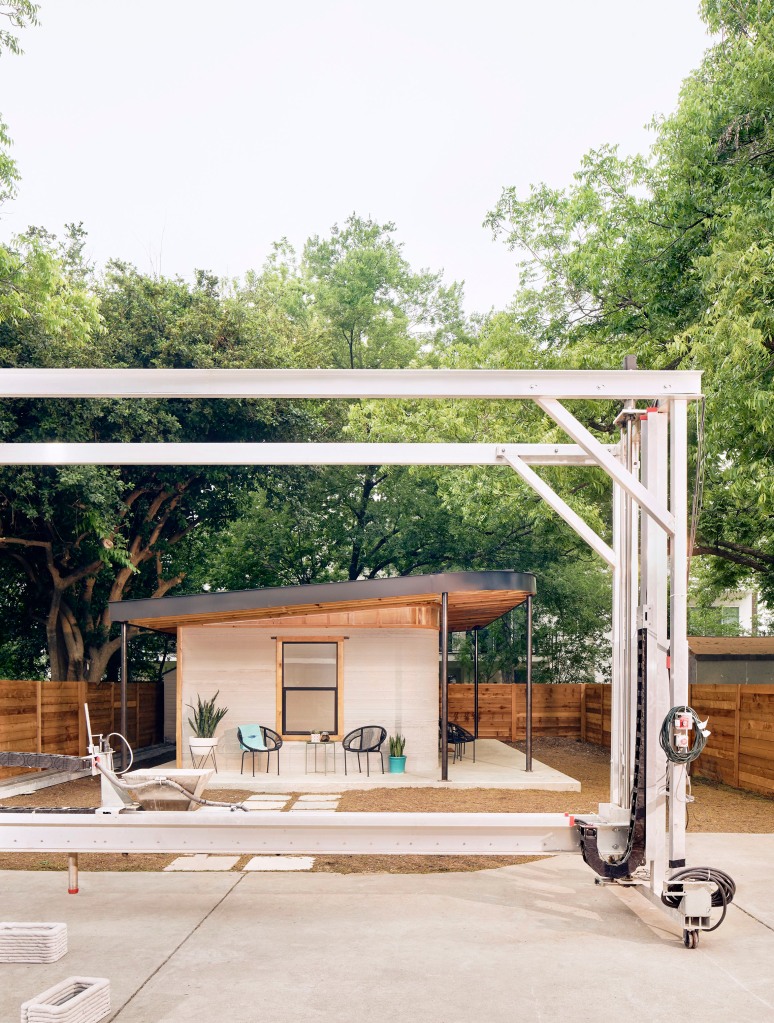 The ICON VULCAN 3D PRINTER is a groundbreaking machine. Last year, it built a 350-square-foot home in 48 hours. It builds the structure of the home, layer by layer, from concrete. This process costs less than typical building methods. ICON is the company behind the printer. It hopes to print a 2,000-square-foot home in just 24 hours. It also hopes to take the printer to places where cheap, strong houses are needed. —Eli Meixler 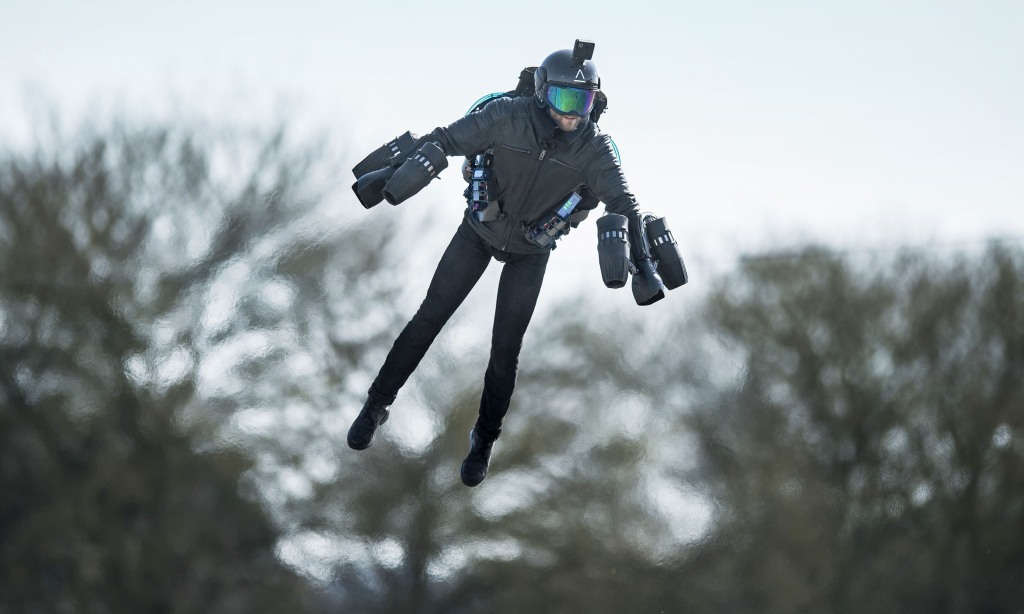 Gravity Industries is a company based in Salisbury, England. It has made the coolest flying suit since Iron Man. The GRAVITY JET SUIT includes five mini jet engines. Two are built into each of the hand units. One is built into the backpack. The suit can fly at 50 miles per hour. For now, the suits are expensive and loud. Inventor and company founder Richard Browning wants to raise money to develop a quieter, cheaper electric version. —Jeffrey Kluger

Correction: A previous version of this story incorrectly noted the location of Gravity Industries’ headquarters. It is in Salisbury, England. The story has been updated online.