Jake Hubbard is a farmer. He lives in Chana, Illinois. In 2013, he lost his left hand in an accident. He was 27. Recently, a group of eighth graders came to his aid. They were from nearby Rochelle Middle School. They took part in a STEM project. The students helped create a prosthetic prosthetic 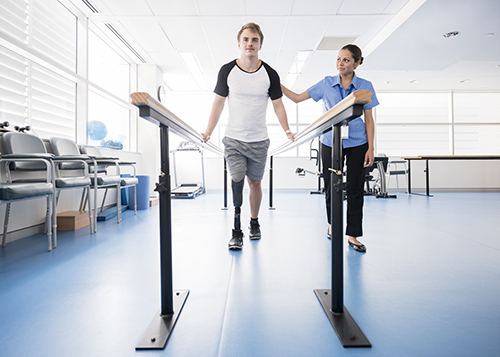 JOHNNY GREIG—GETTY IMAGES an artificial body part (noun) After losing a leg, David learned to walk wearing a prosthetic. hand for Hubbard (see “STEM School”). They used a 3D printer. They presented the hand to him in May.

Hubbard already had a clawlike prosthetic. It cost $10,000. He still wears it every day for work. He uses it to grasp objects. “I couldn’t keep working without it,” Hubbard told TFK. But he says it has become “dirty, beat-up, and not nice” to look at.

The new prosthetic looks more like a human hand. It cost about $100 to produce. Now, Hubbard says, “I have something nice to have on.” But the new hand has very limited gripping ability. During the 2017–2018 school year, Hubbard will team up with Rochelle students. They will work to improve it.

When Hubbard wears a prosthetic, he cannot feel the objects that he touches. But that may change. Scientists are working on a new prosthetic. It would enable enable 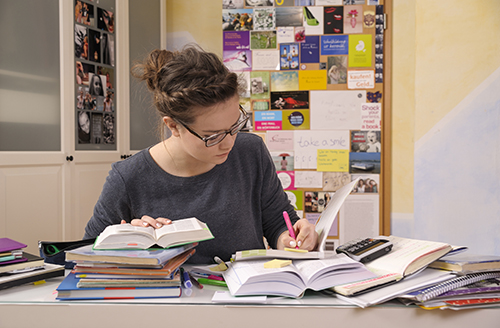 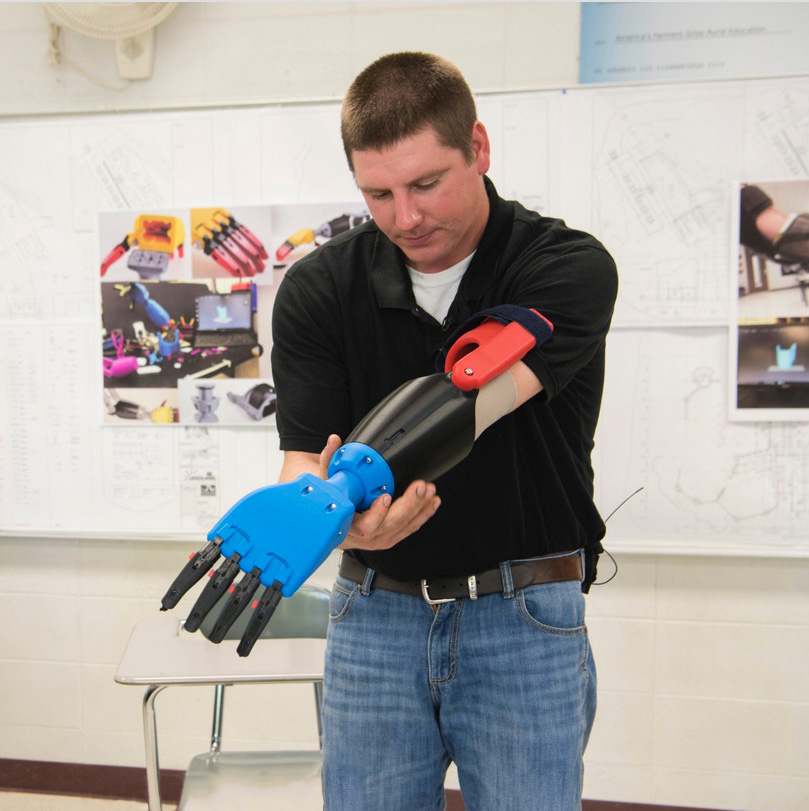 A Sense of Touch

“Normally, a prosthetic, no matter how well made, is a fancy tool,” Dustin Tyler says. He is a professor at Case Western Reserve University. Tyler leads a team of researchers. They are developing a prosthetic that would let the user forget it’s not a real hand.

There are sensors in the prosthetic. They measure how hard the hand or one of the fingers presses something. “The user senses the force that he or she is pressing with,” Tyler explains.

A Grasp of the Future

Scientists are developing other technologies that meld humans with machines. The Orion I Visual Cortical Prosthesis is one example. It may restore vision to people who have become completely blind. The system is being tested now. The auditory auditory 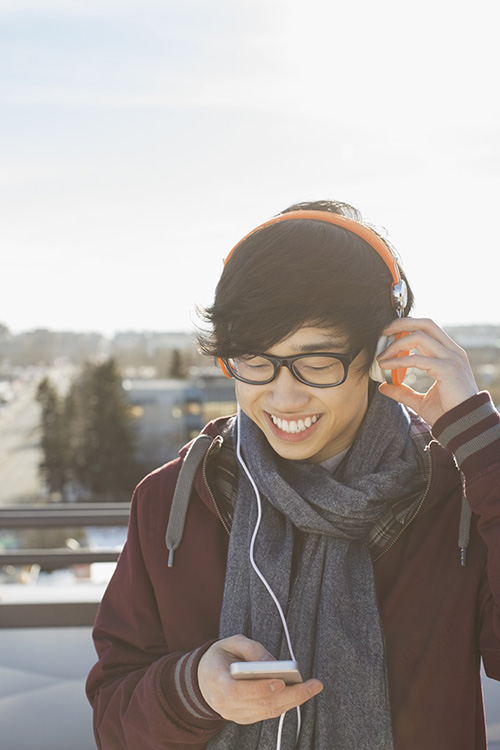 GETTY IMAGES of or relating to the sense of hearing (adjective) Listening to music is an auditory experience. brainstem implant is designed to help children who can’t hear. Both devices include a receiver that attaches to the head. Each receiver has parts that connect to the brain.

Hubbard is aware of the type of prosthetic hand being built at Case Western. He can imagine having one like it. “It would be the greatest thing in the world,” he says. But for now, he is eager to update his student-made device. Rochelle Middle School students will soon start work on the upgrade.

“We’re going to improve it by leaps and bounds,” Hubbard says. 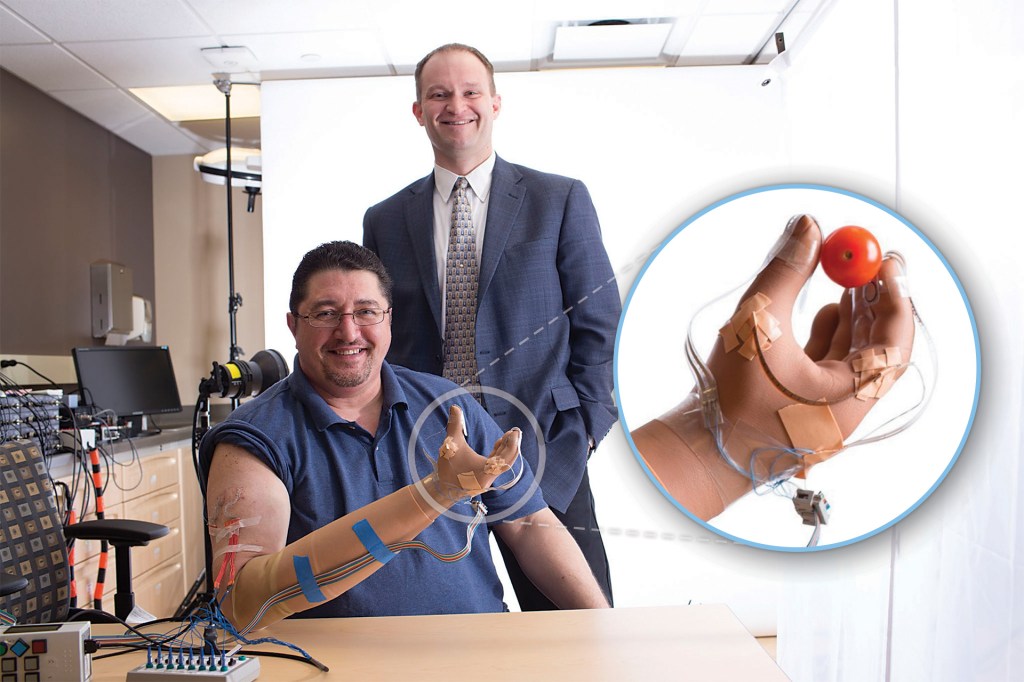 TECH TEST Scientist Dustin Tyler, right, poses with Igor Spetic, who is testing a prosthetic hand that can feel.

Rochelle Middle School’s STEM project began with Vic Worthington. He is the school’s technology teacher. He knew Jake Hubbard from church. Hubbard told Worthington he did not like to wear his clawlike prosthetic in public. But it was the only one Hubbard had.

That gave Worthington an idea. “The school had a 3D printer,” he told TFK. “I had heard about people 3D-printing these things, and I suggested we try to do it with our students.” Worthington’s eighth-grade homeroom class loved the idea. An engineer in Ohio provided the design for the hand. The students used the 3D printer to print out the parts. Then they assembled them. 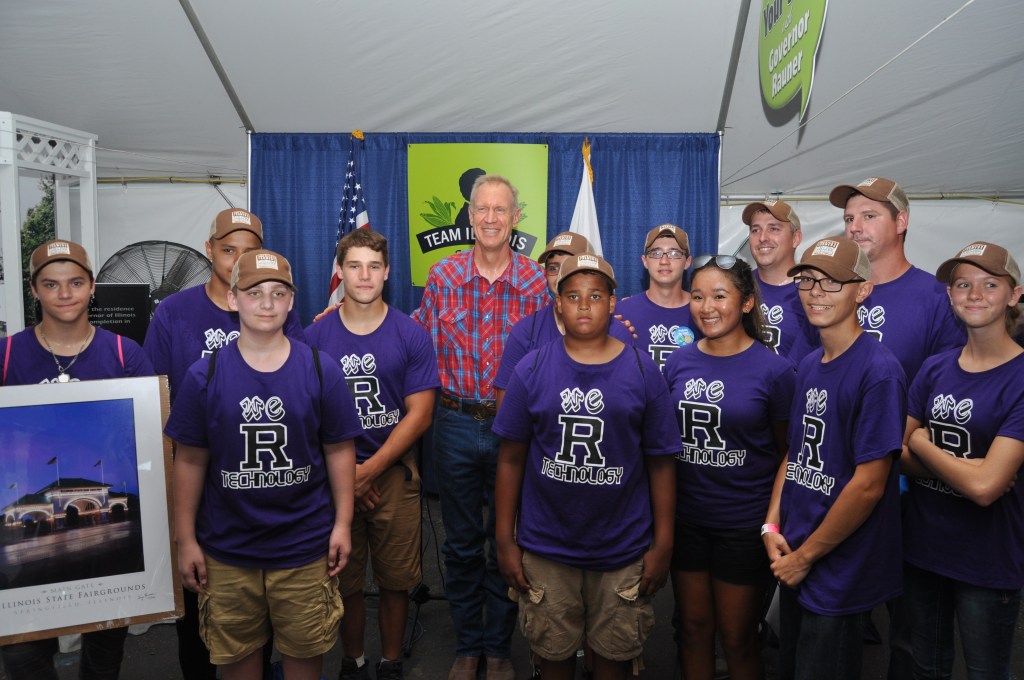 It took the full school year to finish the project. Megan Thiravong, 14, worked on it. “When I saw Mr. Hubbard wear the hand for the first time, I could barely sit still,” she says. “It was like static electricity was going through me.”

CORRECTION: A previous version of this story misstated the hand Jake Hubbard lost in a farming accident. It was his left hand. 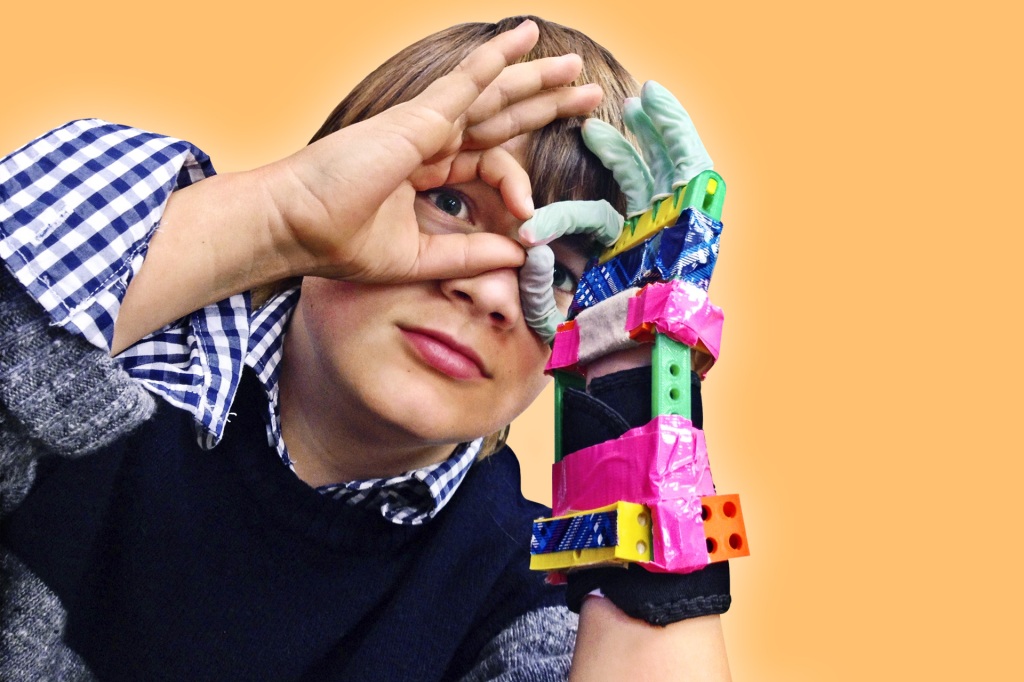 Leon McCarthy, 12, was born without fingers on his left hand. He could do many simple tasks. But he could not grasp more than one thing at a time. So Leon's father, Paul, created a prosthesis, using a 3D printer.…