On November 6, Americans will vote in midterm elections. Midterms are held about halfway through a president’s four-year term. The purpose is to elect members of Congress. This year, there are also state and local elections.

The midterms will decide which political party has the majority majority

PHOTOGRAPHYPERSPECTIVES/GETTY IMAGES a number equaling more than half of a total (noun) Republicans currently have a majority in the Senate. in the House of Representatives and the Senate. All 435 House seats are up for grabs. So are 35 of the Senate’s 100 seats.

Democrats are facing an uphill battle for the Senate. It may be difficult to beat Republicans in states where President Donald Trump is popular. 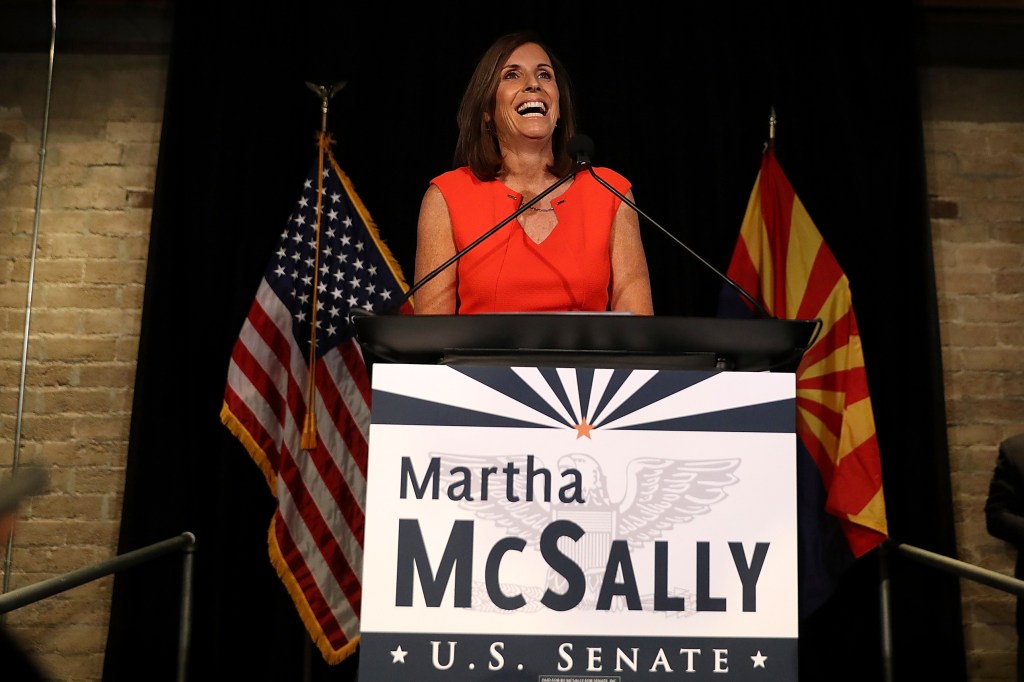 TIGHT RACE Republican Martha McSally, of Arizona, is running for the Senate seat left open by the retirement of Jeff Flake.

But Democrats could win the House. They need to flip at least 23 seats. That would give them the 218 seats necessary for control. Younger, female, and minority voters could turn the tide in their favor. 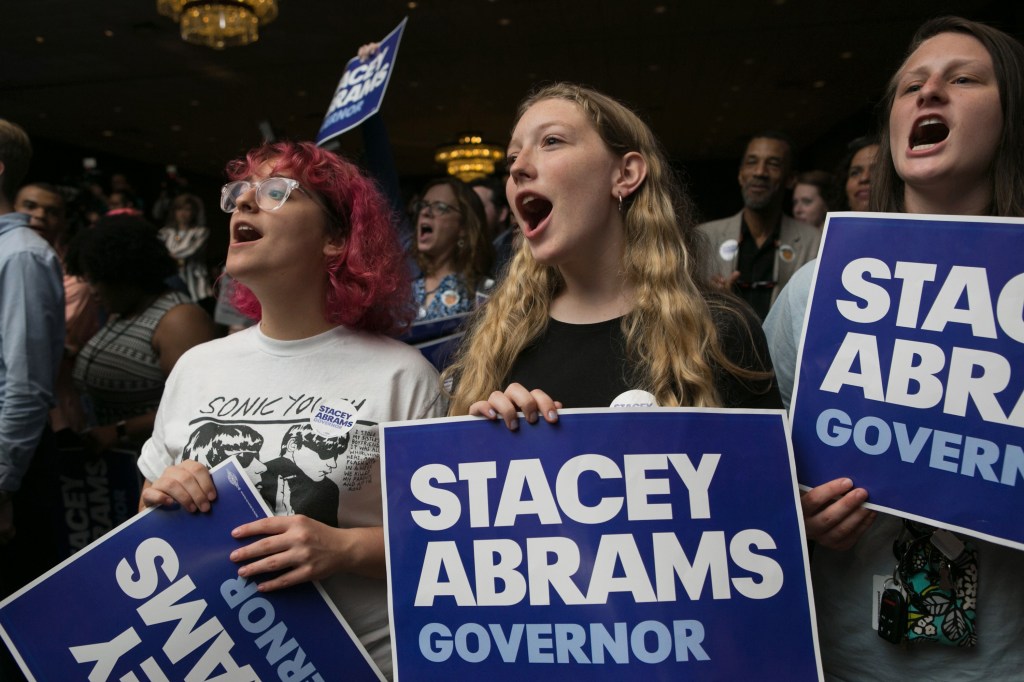 “In midterm elections, the biggest factor is the president—even though he is not on the ballot,” John Sides told TIME for Kids. Sides is a political scientist. “Voters’ feelings about Donald Trump will be crucial in how they decide to vote.” 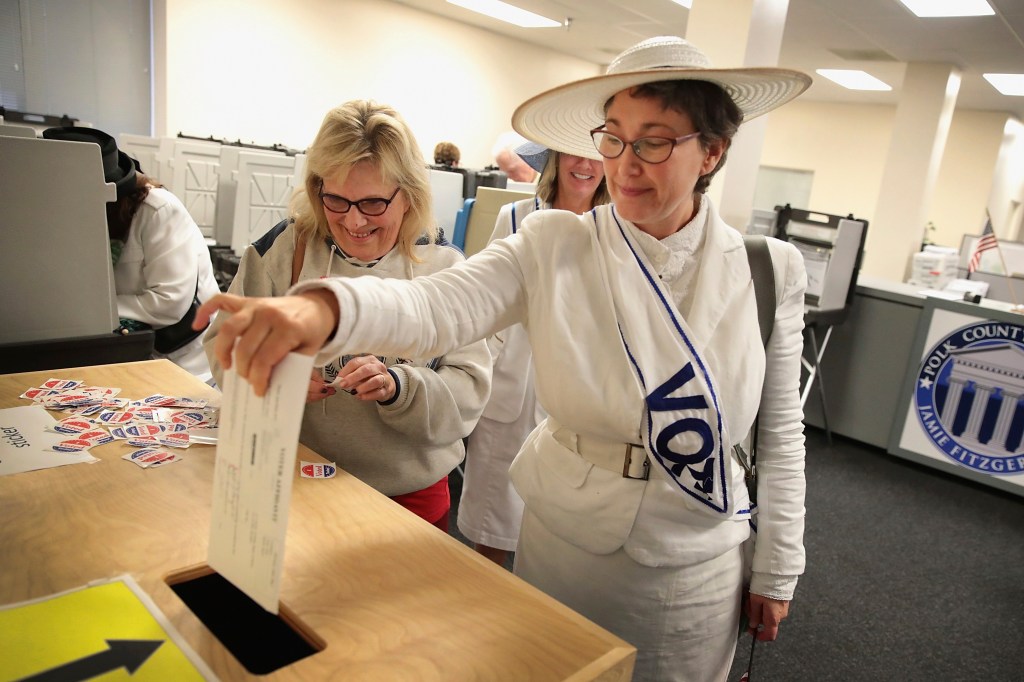 AT THE POLLS A voter dressed as a suffragette casts an early voting ballot in Iowa.

A record 257 women are running for the House and Senate. Most are Democrats. They disagree with the president’s views on women’s rights. Women currently hold just 84 seats in the House and 23 in the Senate. 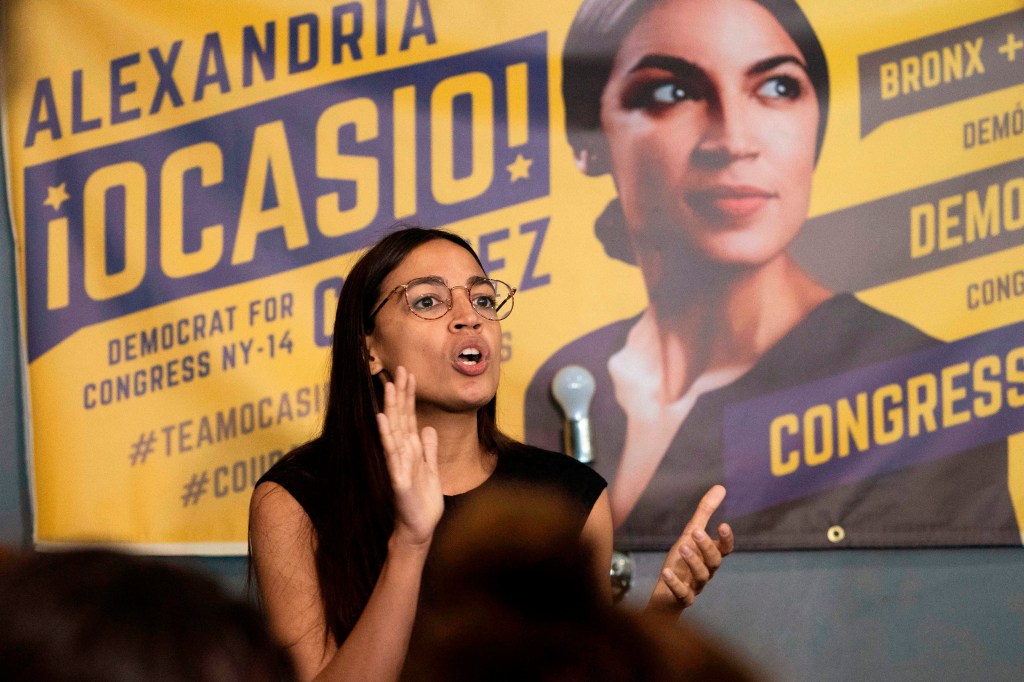 A NEW VOICE If she wins, Democrat Alexandria Ocasio-Cortez, 29, of New York, would be the youngest woman in Congress.

Another sign of Democrats’ enthusiasm is the Texas Senate race. Democrat Beto O’Rourke and Republican senator Ted Cruz are in a close race.

“It’s time we get officials who represent all American views and not just the views of a few,” says Punita Chhabra, of Austin, Texas. She says she will vote for O’Rourke. 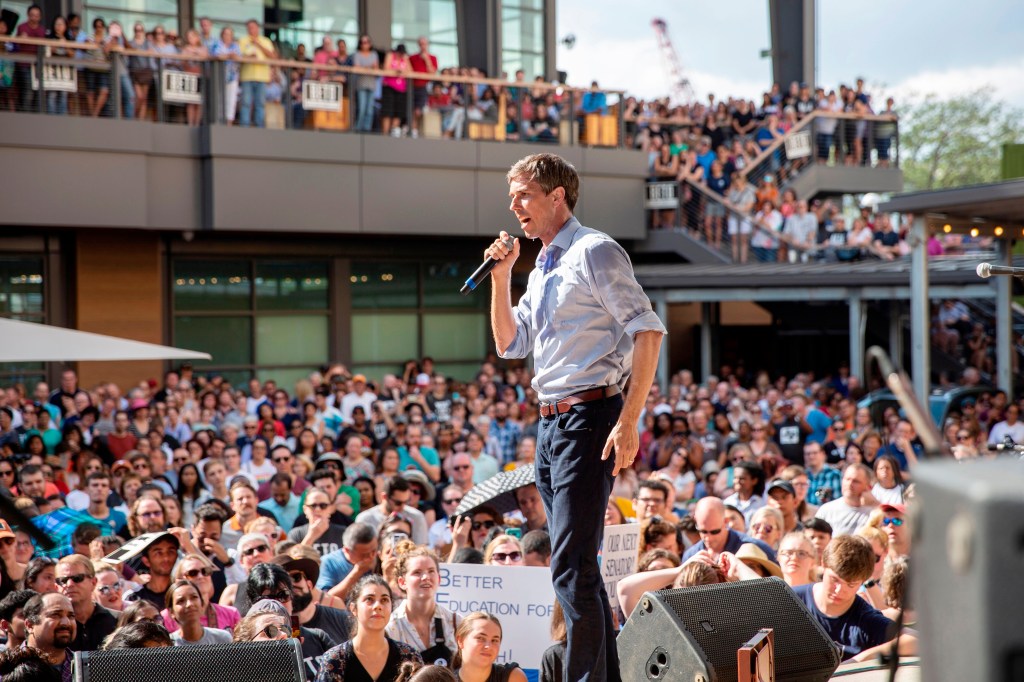 STUMP SPEECH Democratic representative Beto O’Rourke speaks at a rally in Texas. He aims to replace Ted Cruz in the U.S. Senate. 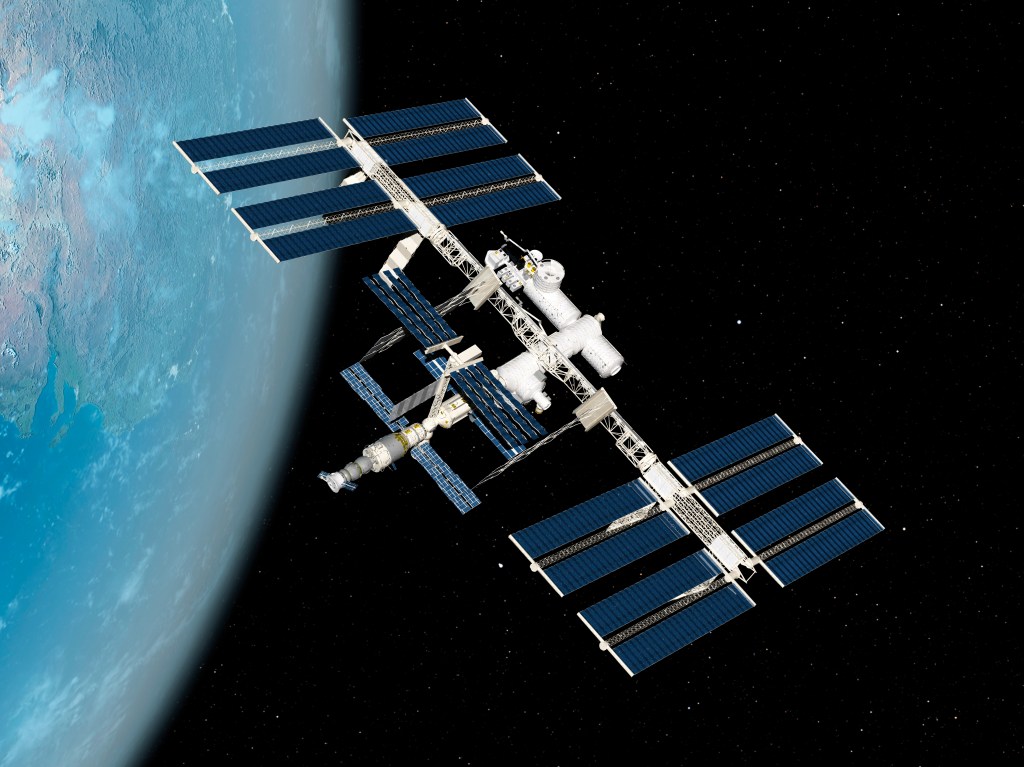 SCIEPRO/GETTY IMAGES the counting or recording of a group of people's votes or opinions (noun) Polls show that most Americans believe it is important o explore space. show more Texans are likely to stick with Cruz. Trump endorsed endorse 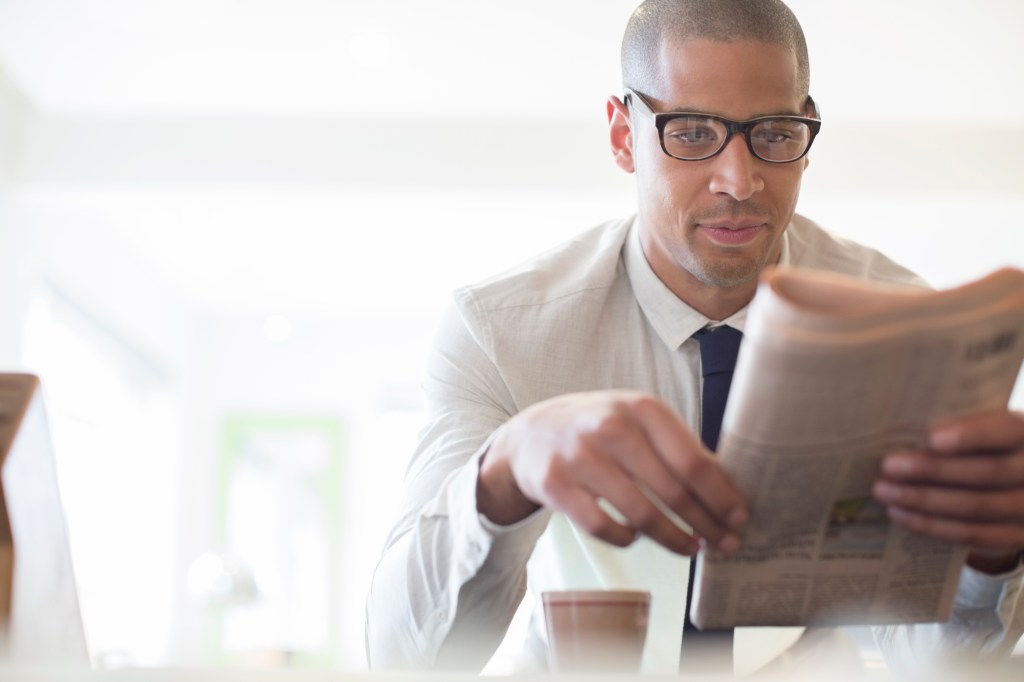 SAM EDWARDS/CAIAIMAGES—GETTY IMAGES to show support or approval for (verb) The newspaper endorsed the Republican candidate for mayor. him during the primaries primary

LOREN ELLIOT/GETTY IMAGES a preliminary election in which members of the same political party run against one another (noun) Before he ran against Hillary Clinton in 2016, Donald Trump won the Republican primaries. . Republican voters may be motivated to show their support on Election Day. 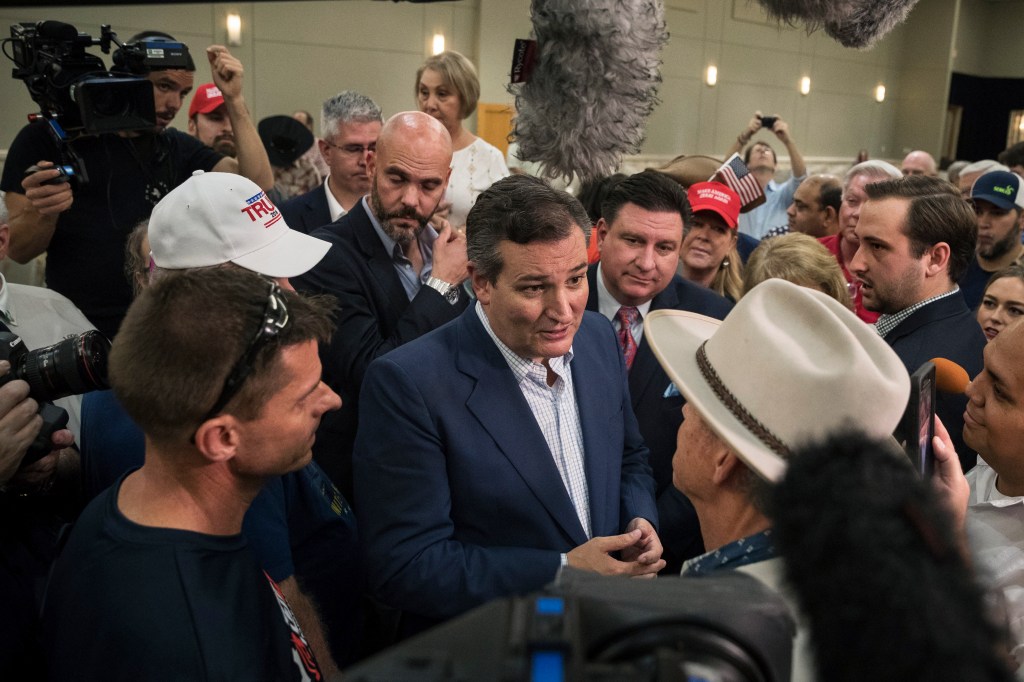 MAKING THE CASE Republican senator Ted Cruz meets with voters in Texas. Cruz is running for his second term.

Republicans need to hold on to both chambers chamber 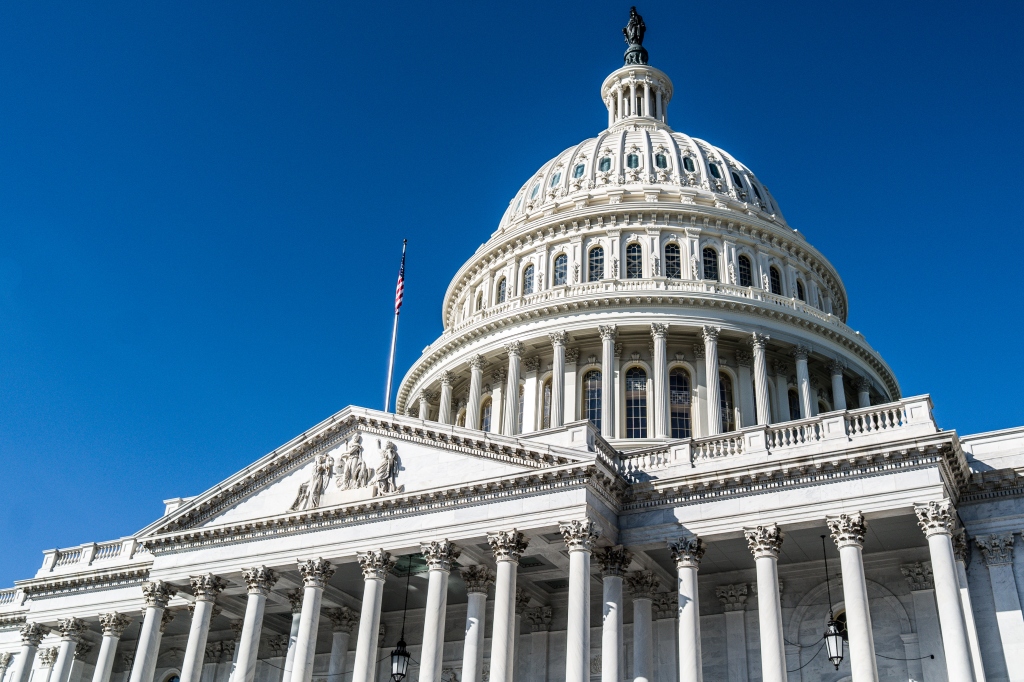 PHIL POEDER/GETTY IMAGES a room; a group of people who form a part of government (noun) the U.S. Capitol Building, or one of the chambers of congress filled with legislators of Congress. Then they could advance their agenda agenda

KOZMOAT98/E+—GETTY IMAGES an underlying plan based on a set of ideas (noun) Repairing the country's roads and bridges is part of the politician's agenda. on immigration, education, and gun rights. A loss of either the House or Senate would greatly limit their power.

If Democrats win just the House, they could block Republicans from sending new bills to the president. It would also give them more power to investigate the Trump administration.

It is too soon to tell how the midterms will shape the 2020 presidential election. But this is certain: Democrats are on a quest to take the White House. Expect them to announce candidates after the midterms.

Correction: In a previous version of this story the photo of Martha McSally was captioned incorrectly. If elected, she would replace Jeff Flake, not John McCain. Additionally, the story incorrectly noted that a House victory for Democrats would give them the power to block Supreme Court nominations. Only the Senate has the power to approve or reject such nominations. Inaccurate information has been removed from the story.