Brown cows roam the meadows of a farm in the Netherlands. They’re Limousins. This breed is known for the quality of its meat. Every few months, a veterinarian makes a tiny cut in a cow’s side, removes a sample of muscle, and stitches the cow back up. A dab of painkiller on the skin means this process doesn’t hurt much.

The samples go to a lab. Scientists put them into steel containers with a special broth. The cells grow. This creates new muscle. From that, something like hamburger meat is made. It’s a lot like what you buy at a supermarket. 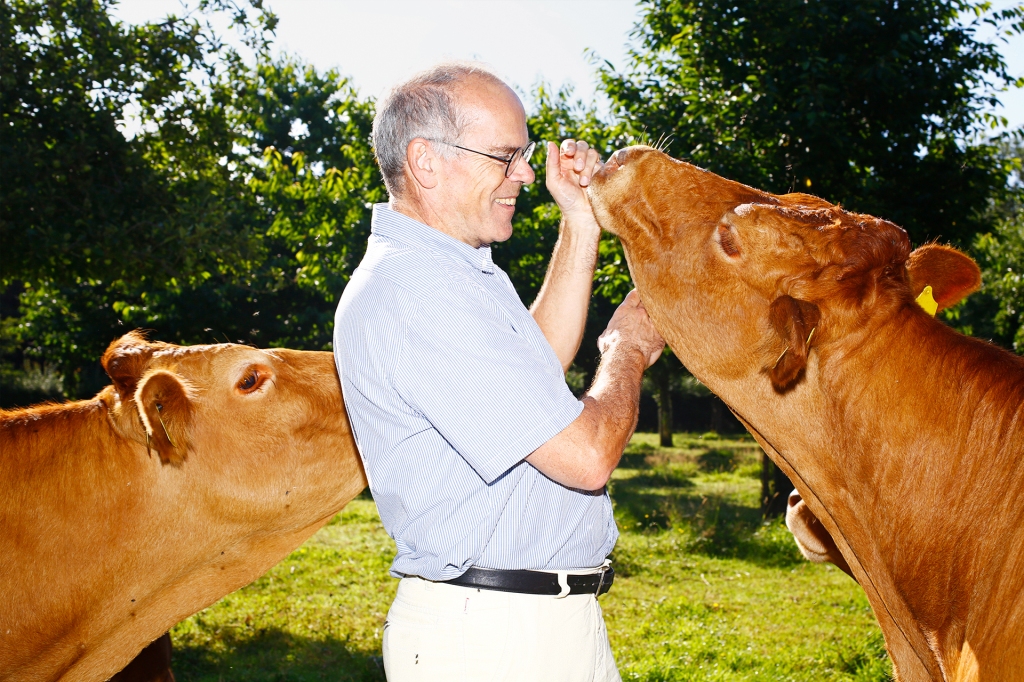 ON THE FARM Mark Post, of Mosa Meat, greets Limousin cows on a farm in the Netherlands.

One day, lab-grown meat might replace factory farming. In that system, many cows are raised in small spaces. Lab meat could be the answer to a big problem: How do you feed more and more people without creating more greenhouse-gas emissions?

Every year, raising animals for food causes as much as 14½% of the planet’s greenhouse-gas emissions. That system is unsustainable unsustainable 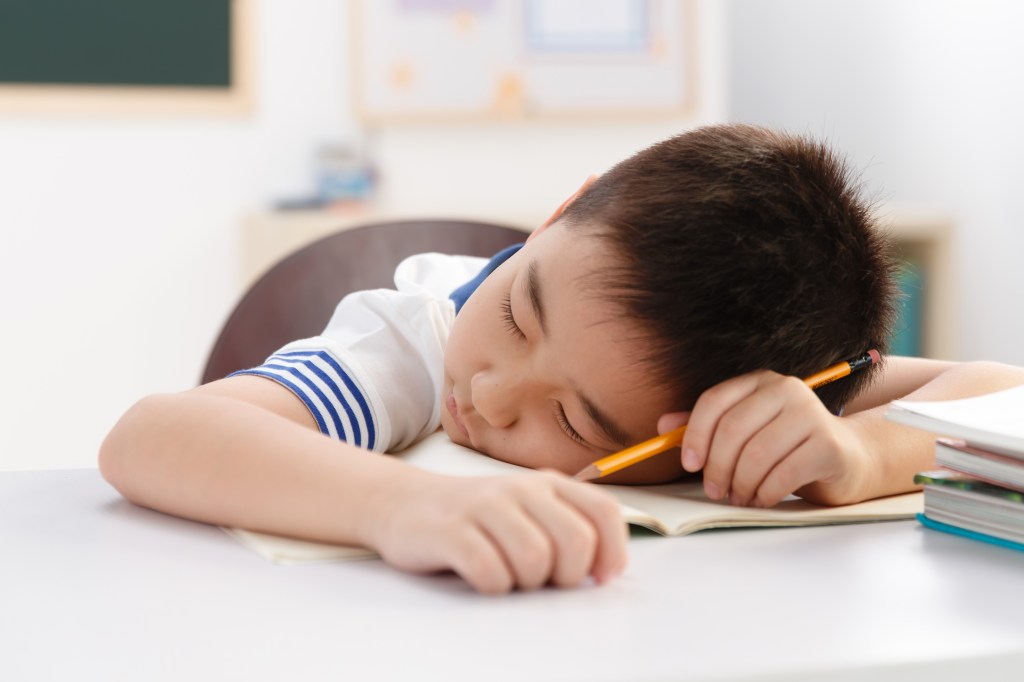 VIEWSTOCK/GETTY IMAGES unable to be continued without doing permanent damage (adjective) Working long hours every day of the week was unsustainable for Johnny. , biologist Johanna Melke says. She works for Mosa Meat. That’s a company in the Netherlands that grows meat in a lab. “People want to eat meat,” she says. “This is how we solve the problem.” 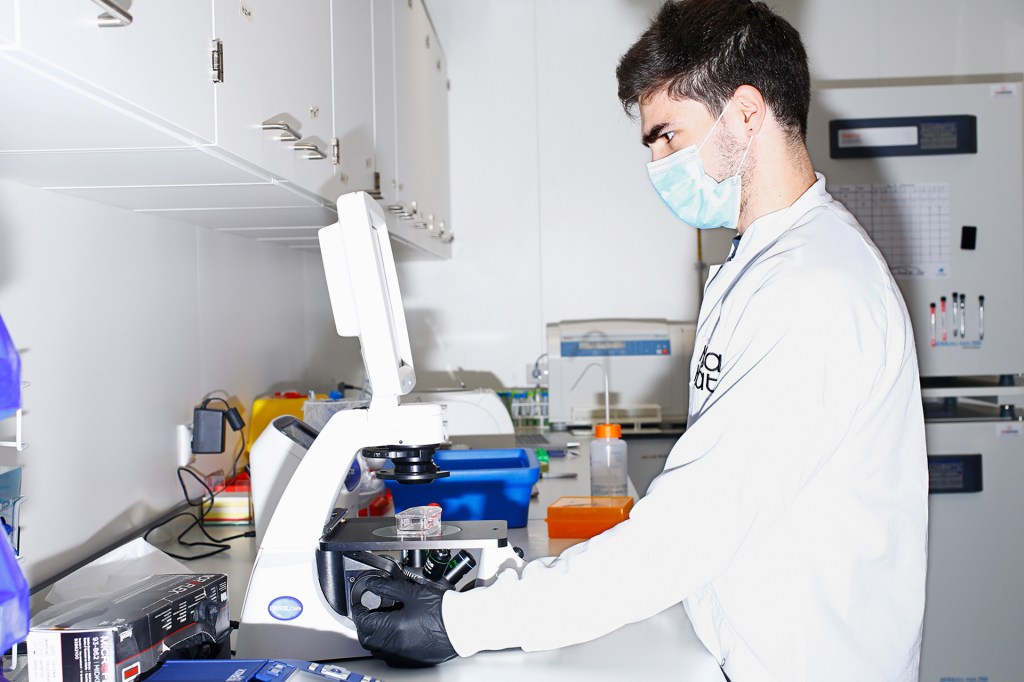 IN THE LAB A scientist at Mosa Meat views cell samples with a microscope.

Mark Post, Mosa’s cofounder, helped introduce the first lab-grown hamburger. That was nine years ago. Today, more than 70 companies are making lab-grown meats. (See “Something Fishy.”) These include chicken, tuna—and even mouse, for cat treats.

Demand for meat will nearly double by 2050, according to the World Resources Institute. Lab-grown meat could be a $25 billion business.

“I can’t give up meat, and most people are like me,” Post says. “So I wanted to make the choice for those people easier: to be able to keep on eating meat without all the negative [effects].” 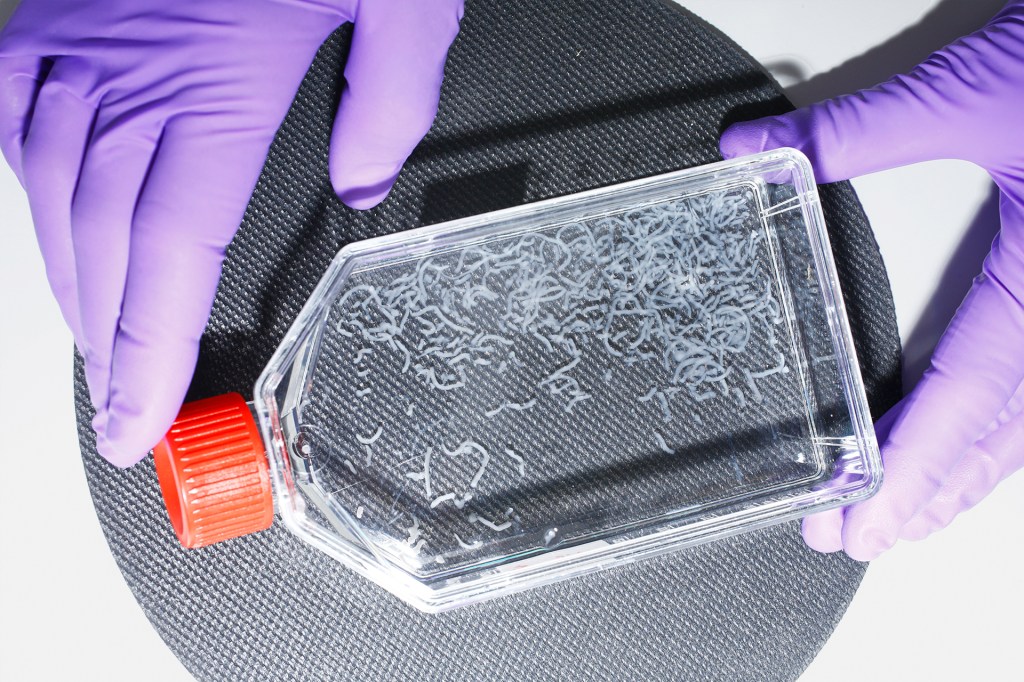 BURGER-TO-BE These are threads of fat. They’re made by growing cow cells in a lab. They’ll be used to make meat.

So far, no company has figured out how to produce large amounts of lab-grown meat and bring down costs. Eat Just makes chicken nuggets. Three of them cost about $17 at a restaurant in Singapore. That’s a lot more than what regular nuggets cost at McDonald’s. 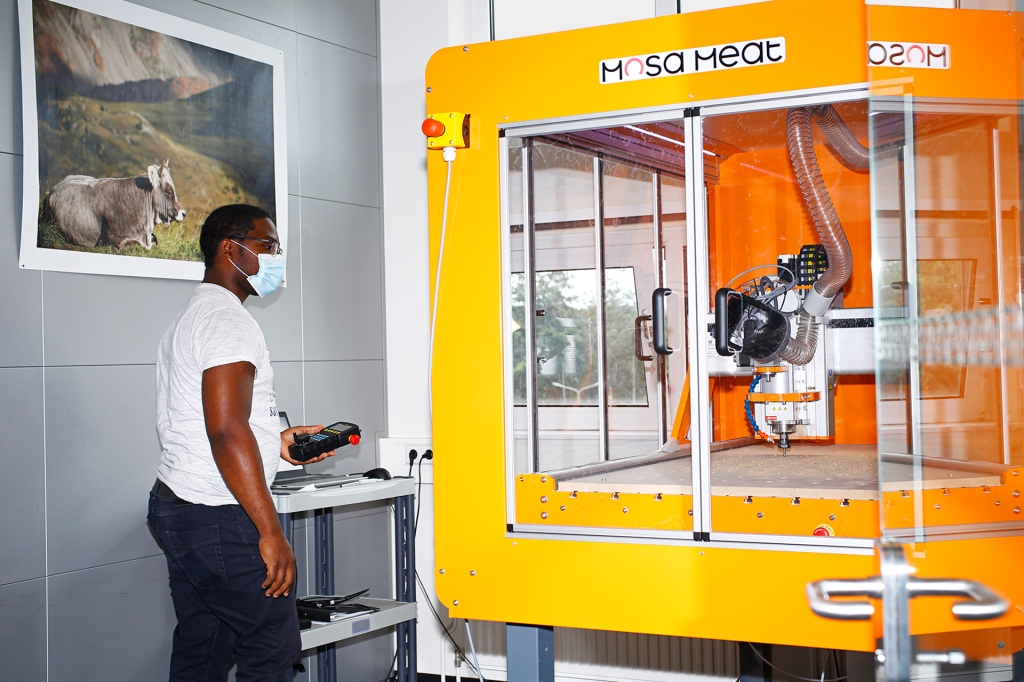 BY DESIGN This machine creates custom-made parts for Mosa’s work.

Cattle ranchers also stand in the way. Many want the terms beef and meat used only for products that come from animals raised in a traditional manner. That could make it harder to sell meat from a lab. “The terms you can use make a critical difference,” says Michael Dent, a market researcher. “Who’s going to buy something called ‘lab-grown cell-protein isolates isolate 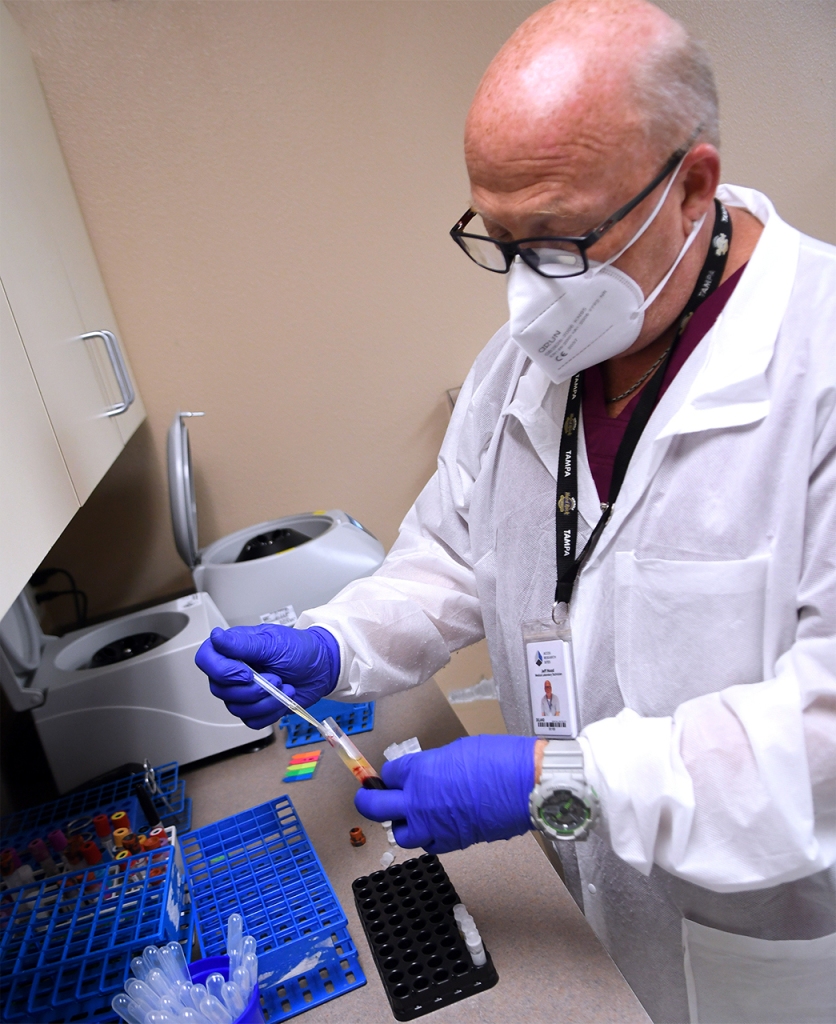 PAUL HENNESSY—NURPHOTO/GETTY IMAGES a small part separated from something larger (noun) The scientist analyzed isolates of a virus strain in his lab. ’?”

Some of the fish we eat is caught faster than it can be replenished. Overfishing can wipe out whole species.

Avant Meats makes fish meat in a lab. This includes fish maw. It’s a part of a fish that’s popular in China. Lab-grown maw feels like real fish before it’s cooked. That’s what chef Eddy Leung thinks. “But when you eat it, it doesn’t yet have the kind of stickiness the real ones do.” —By Aryn Baker for TIME, adapted by TFK editors 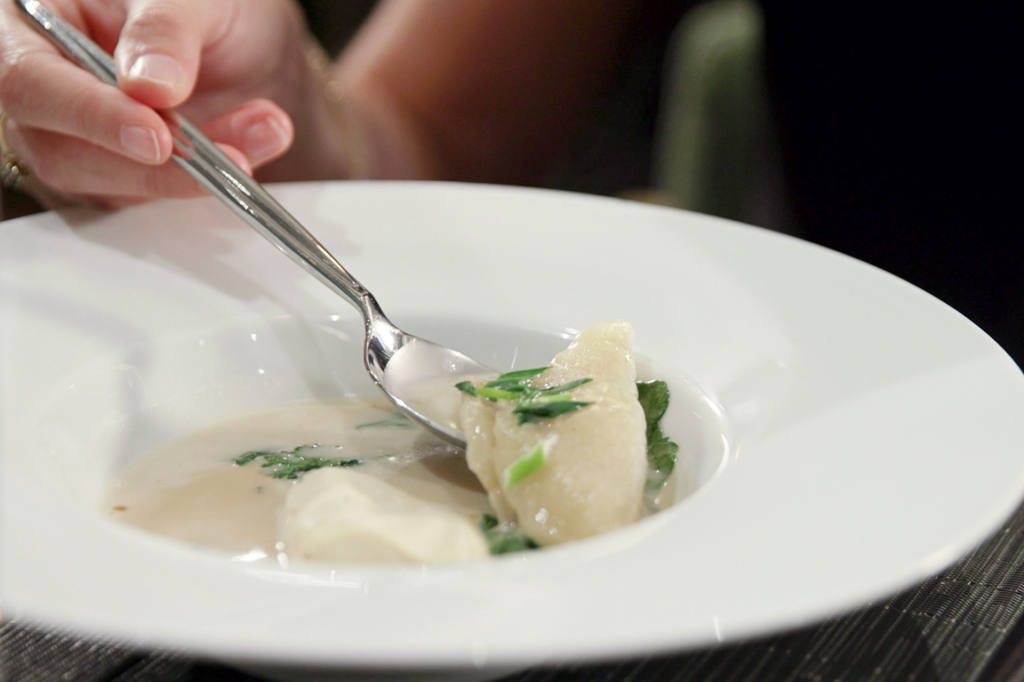 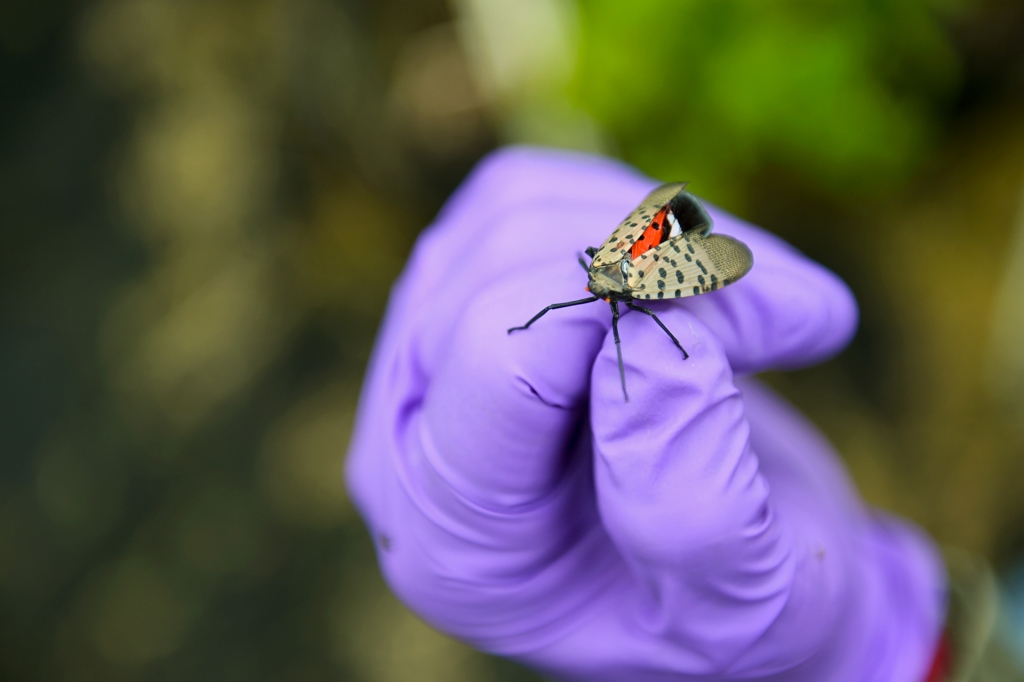