Tardigardes are tough enough to withstand about a thousand times the radiation that would kill a human. Unlocking their survival secrets is key if we hope to send people to Mars someday. You can read about tardigrades in “The Survivor,” in this week’s TIME for Kids. Here, Natalia Pepe, 12, writes about her research on these creatures for her school's science fair.

The first time I heard about tardigrades, I was fascinated. These nearly indestructible creatures can survive in outer space, and they can be found in the moss that grows in your backyard. I knew I would make them the focus of my science fair project at the St. Bridget School, in Cheshire, Connecticut.

During my research, I read that tardigrades have the ability to go into a tun state. That’s how they survive in extreme environments. But I wondered what causes this state. I experimented by exposing tardigrades to a series of harsh conditions. This showed that the creatures achieved their tun state when they were totally deprived of water. If tardigrades are tiny superheroes, this tun state is the secret to their superpower! 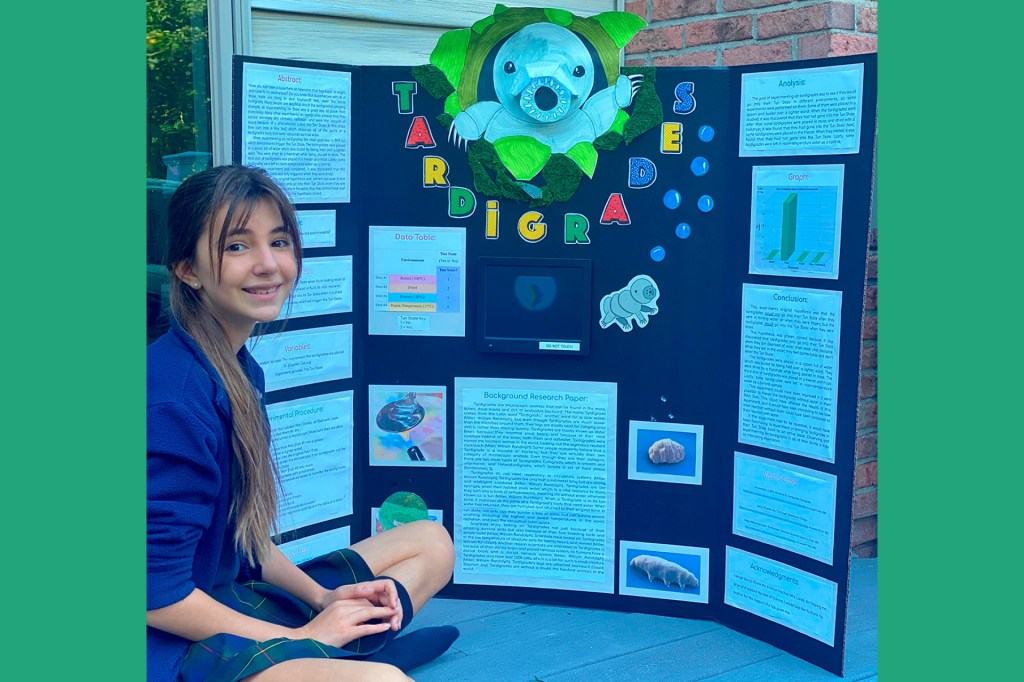