Kyra Condie is a 24-year-old sport climber from Saint Paul, Minnesota. She started climbing at a birthday party when she was 10. This summer, she’ll be one of four athletes representing Team U.S.A. in the first-ever Olympic sport-climbing competition. TFK Kid Reporter Jeremy Liew spoke to Condie about the sport, her training techniques, and how she stays focused.

How would you describe the sport of climbing?

Climbing is difficulty-based. People expect it to be speed-based, but it’s about problem-solving and who can do the hardest, most-complicated moves the fastest.

Can you elaborate on that?

For the Olympics, there is one discipline, speed climbing, that is speed-based. But bouldering and lead are based on difficulty. So it’s the person who gets the farthest on the climbs, not who does it the fastest.

What is your favorite discipline?

My favorite is definitely bouldering, which is difficulty-based. It’s shorter, so you get multiple tries. You can do really complicated, hard movements because of that.

How do you train for bouldering?

I do a lot of strength training. Bouldering has a lot to do with full-body strength.

How else do you train?

My coach and I will make up something really hard, and I’ll try to do it. And then if I don’t do it, I’ll go back into the gym the next day and try it again. So it’s a lot of trying the same moves to improve those strengths.

Is climbing more of a mental or a physical sport?

I think it’s equally a mental and a physical sport. You have to be problem-solving as you’re competing. You have to turn around and figure out what you have to do right away. Sometimes it’s, “Which hand do I go with?” Or, “Where do I move my feet?”

How do you stay focused when you climb?

How did you stay focused on a long-term goal, like qualifying for the Olympics?

Having a lot of self-confidence. Knowing that if I put the work into it, I could accomplish it. Have a lot of confidence in what you’re doing and in what the outcome will be.

How did you feel when you qualified for the Olympics?

It was a huge relief. And also a big accumulation of hard work. I was sobbing. Total, full tears. It just didn’t feel real. Honestly, looking back, even though it was almost two years ago, it still doesn’t feel real.

What is the biggest challenge you’ve ever faced?

When I was 12 years old, I went through back surgery. I have 10 fused vertebrae in my back, which can be really challenging. All of my competitors don’t have that. It can feel really unfair sometimes. But realizing that it’s something unique to me that I have to deal with has really helped. Everybody has something they deal with.

How did COVID impact your training?

I was in Salt Lake City [in Utah], which is where our training center is. We were able to train at the gym the whole time, since it had limited access. That was really lucky.

What advice would you give to new or young climbers?

I think the biggest thing is that basically anybody can climb. I’ve seen 11-year-old girls outclimb professional athletes.

How do you describe your climbing style?

My style is very straightforward because my back can’t get really funky. I can’t do twisty moves, so I’ve had to compensate with strength. I would say mine is really like brute-force style.

I’ll be in Utah later this year to see national parks. Do you have any suggestions?

Zion is absolutely beautiful. I’ve only climbed there a little bit, but I was thoroughly amazed.

The original version of this story was published with a photograph of climber Brooke Raboutou. It was updated on May 25, 2021. 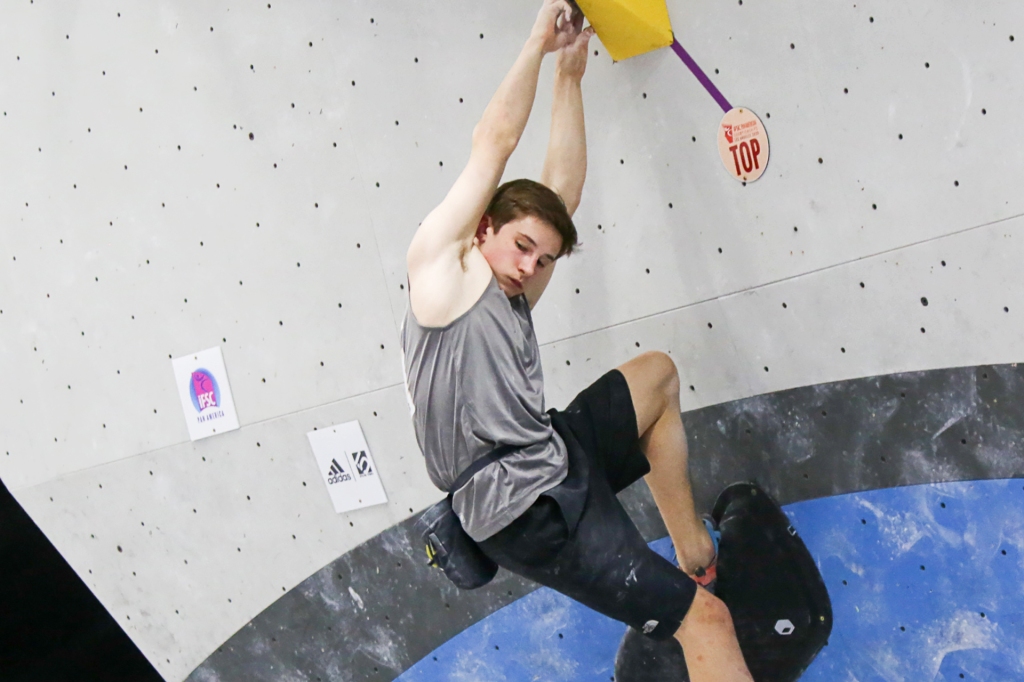 Some of the world’s greatest athletic talents will be on display at the Olympics in Tokyo, Japan. Competitors will have a chance to win Olympic medals in four sports new to the Games. Learn about each of these sports, and…