The Science of Cooking

The majority of shoppers in the United States have been eating at home more often since the pandemic began. That’s according to a 2020 report from Acosta, a marketing company. This means people are cooking more, too. And one way to make meals more delicious is science.

“There’s loads of chemistry in how different ingredients react to one another,” Kristin Sargianis told TIME for Kids. She’s the deputy editor at America’s Test Kitchen Kids. Sargianis says that “you can come up with your own recipe or tweak tweak

HILL STREET STUDIOS—GETTY IMAGES to make small changes to something (verb) The editor tweaked my essay. a recipe” if you take time to learn the science behind cooking. 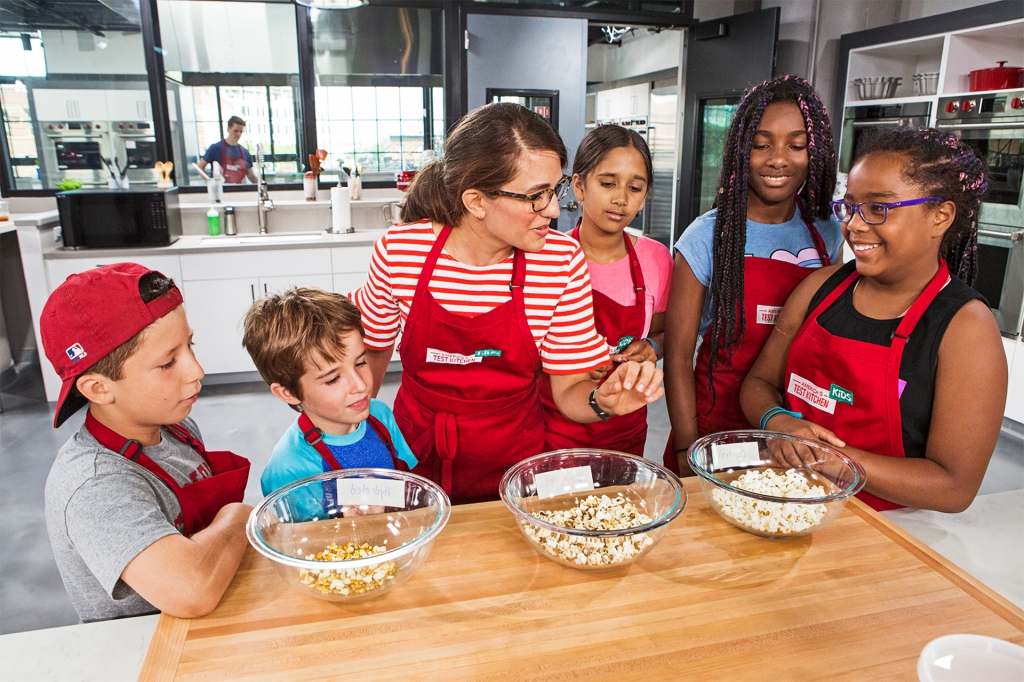 Samin Nosrat is a professional chef. She relies on science when creating recipes. Right now, Nosrat is developing a pizza dough recipe for kids.

Many bakers use a stand mixer to knead knead

HELLO AFRICA—GETTY IMAGES to press into and push at a ball of dough (verb) My grandmother taught me how to knead dough. dough. Kneading develops gluten. Gluten is a protein. It helps dough swell into a light, chewy bread. “But a lot of people don’t have stand mixers,” Nosrat says. She wanted to find a solution. So her recipe calls for more water than other pizza dough recipes. This means less kneading is required and more gluten can develop on its own.

Science can also be used to adjust a recipe you enjoy. Take grilled cheese, for example. It’s delicious. But the cheese might not always melt smoothly.

Sargianis has a tip. To make velvety grilled cheese, avoid aged cheeses, like extra-sharp cheddar. Cheeses age in a climate-controlled room. That develops flavor. But as time passes, a cheese loses water through evaporation. The resulting cheese has a drier texture.

It doesn’t melt well. Sargianis says that a young cheese, like mozzarella, is “full of water, and will be gooey” when melted.

Whether making a favorite dish or a new one, getting curious about why foods taste and feel the way they do can make you a better cook. “The nice thing about cooking,” Nosrat says, “is that usually there is a ‘why’ to be explained.”