Roll out the orange carpet and bring on the slime! The 2019 Nickelodeon Kids’ Choice Awards aired live from the Galen Center, in Los Angeles, California, on March 23. Orange blimps, green slime, and some of the biggest stars in television, movies, music, and social media graced the stage for the 32nd annual awards ceremony.

TFK went behind the scenes at rehearsals, interviewed stars on the orange carpet, and hit the live show, which was hosted by music mogul DJ Khaled. Leading up to the show, kids voted for their top picks in categories such as Favorite Cartoon, Favorite Superhero, and others.

The first slime victim of the night was Chris Pratt. Viewers at home voted him Favorite Butt-Kicker for his role as Owen Grady in Jurassic World: Fallen Kingdom. Other big winners of the night included Ellen DeGeneres as Favorite TV Host and Avengers: Infinity War as Favorite Movie. Viewers selected Ariana Grande’s “thank u, next” as the winner in the Favorite Song category. 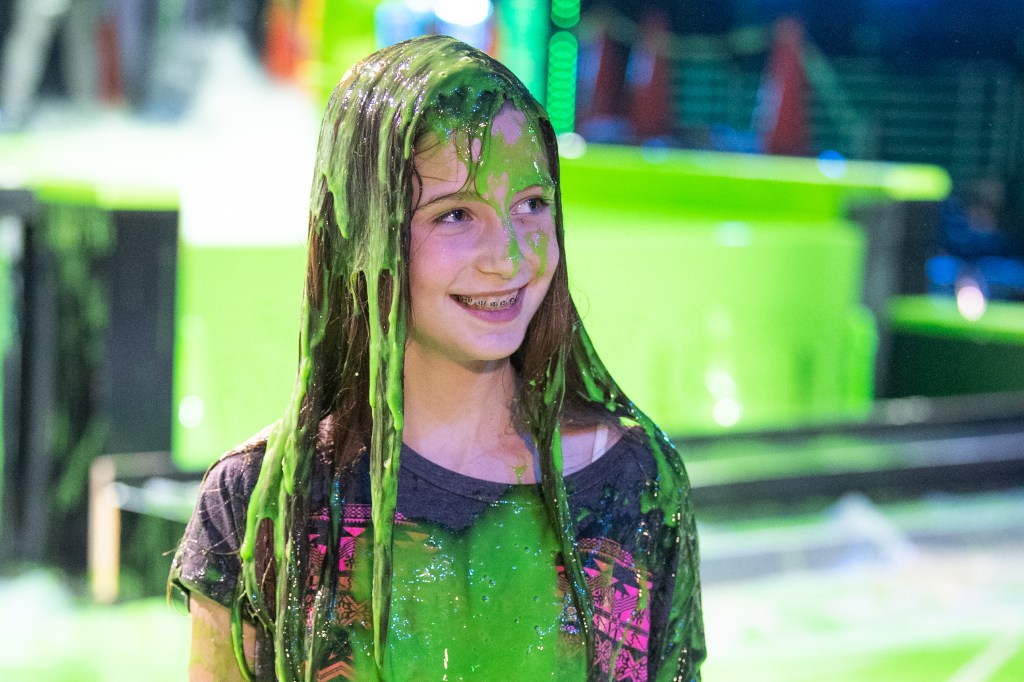 TFK Kid Reporter Ruby West got slimed at the "Slime Test" for the 2019 Kids Choice Awards.

For some stars, such as Peyton Elizabeth Lee, of Andi Mack, and Ruby Rose Turner, of Fuller House, it was the first time attending the event. “I’m excited to see so many super talented kids and to see who the kids choose,” Lee, 14, told TFK before the event. “I’m hoping I don’t get slimed,” she added. “But I guess it could be kind of fun!”

Highlights of the night included a hip-hop medley by Migos and a performance by the original cast of SpongeBob SquarePants: The Broadway Musical. The show ended with a big surprise: DJ Khaled got slimed—and so did the audience!

Twenty-year-old Bunk’d actor Karan Brar said his favorite part of the Kids’ Choice Awards is the excitement of the event. “It’s such a positive space, and everyone’s having a good time,” he said. “People are getting slimed, and it’s a great time to see your friends.”