For years, parents have been telling kids to turn down the music. But now it is more important than ever for young people to hear the message.

Phones and other devices deliver music to our ears that is crystal clear and louder than ever. That may sound like a good thing. But it’s not so good for the health of your ears. 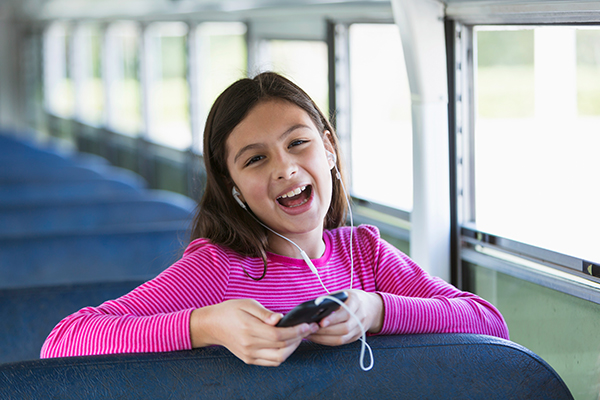 Listening to loud music on electronic devices can be harmful to your ears. 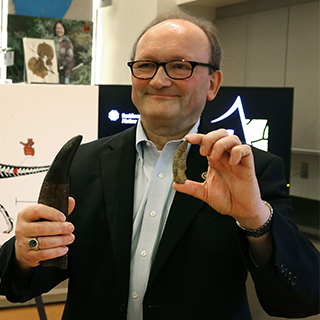 MARK WILSON—GETTY IMAGES prove; state with certainty that a fact is true (verb) Scientists confirmed the discovery of a new dinosaur species. the danger. Scientists gave hearing tests to 170 students ages 11 to 17. Nearly 30% had tinnitus, which causes ringing in the ears. Ringing can be the result of a sudden loud noise. In that case, it will likely go away. But constant ringing is a sign of trouble.

“These weren’t kids who had just come from a rock concert,” Dr. Larry Roberts told TFK. He is an author of the study. “We made sure they hadn’t heard any loud sounds for a day or two.” 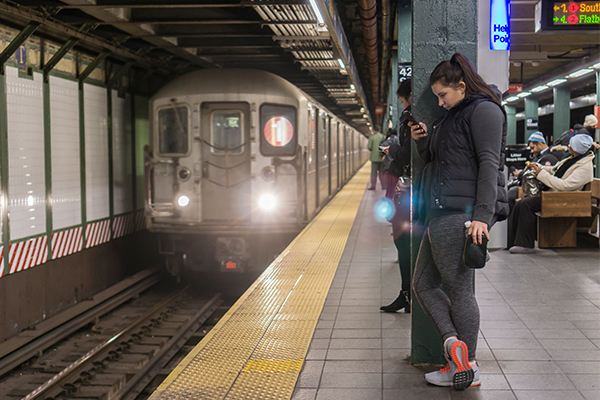 Since the kids’ ringing is ongoing, it is not likely to go away. That is a sign of hearing loss. Students with tinnitus will probably need to use hearing aids earlier in life than others will.

The study’s authors place the blame on “risky listening habits.” Ninety percent of students in the study reported using earbuds for long periods of time. They also went to rock concerts and often listened to loud music.

The Science of Sound

Scientists measure sound in units called decibels. A whisper to a friend might register register

Standing too close to loud instruments can cause tinnitus, or ringing in the ears.

Here’s how doctors describe the effect of loud noise on the ears. Imagine shaking a bunch of pipe cleaners. They get twisted and bent. That’s exactly what happens to the hair cells in the ears after a loud noise. The hair cells can fix themselves. But too much abuse can destroy them. Damaged hair cells lead to hearing loss.

Kids with tinnitus face future hearing loss. They also have to deal with its effects right now. Loud sounds may bother them. They may have trouble concentrating and sleeping. 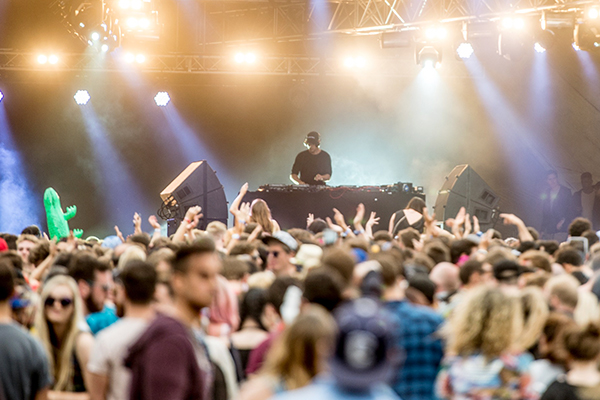 Music at a rock concert can register up to 110 decibels.

What can you do to keep your hearing sharp? Follow the 60/60 rule. Set the volume on your devices under 60%. Don’t use a device for more than 60 minutes a day.

Roberts says he understands how enjoyable it can be to listen to loud music, so concerts aren’t off-limits. But if you go to concerts, buy hearing protection. “You can get pretty cool earplugs on the Internet,” he says. “You can also get uncool ones at a drugstore for a couple bucks.” Both do the job. 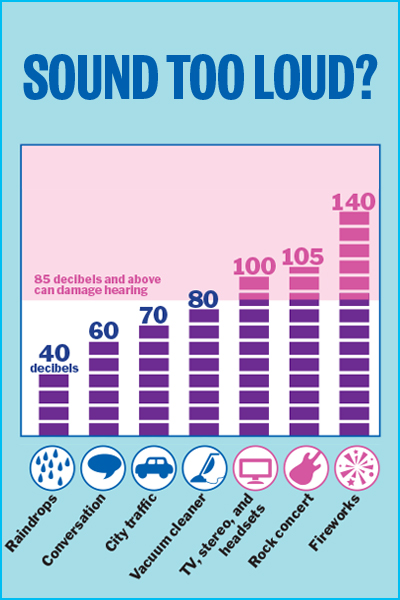 Some sounds are too loud to be safe. They can cause hearing loss. Long-term contact with a sound that measures 85 decibels and up can be dangerous to hearing. Look at the chart to discover how typical sounds measure up.