When Jane Goodall was 6, she was often woken by sirens. That was during World War II.  The sirens warned that enemy planes were flying over her English town. Her sister would run to the bomb shelter. But Goodall refused. “I did not want to leave my bed,” she says. 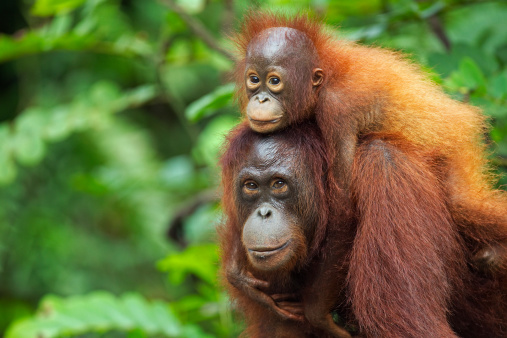 ANUP SHAH—GETTY IMAGES a person who studies apes and monkeys (noun) Troy's fascination with orangutans led him to become a primatologist. . In 1960, she sat for months in the forests of Tanzania, in Africa. She waited for chimpanzees to accept her. When they did, Goodall observed them up close. She discovered that they use tools. 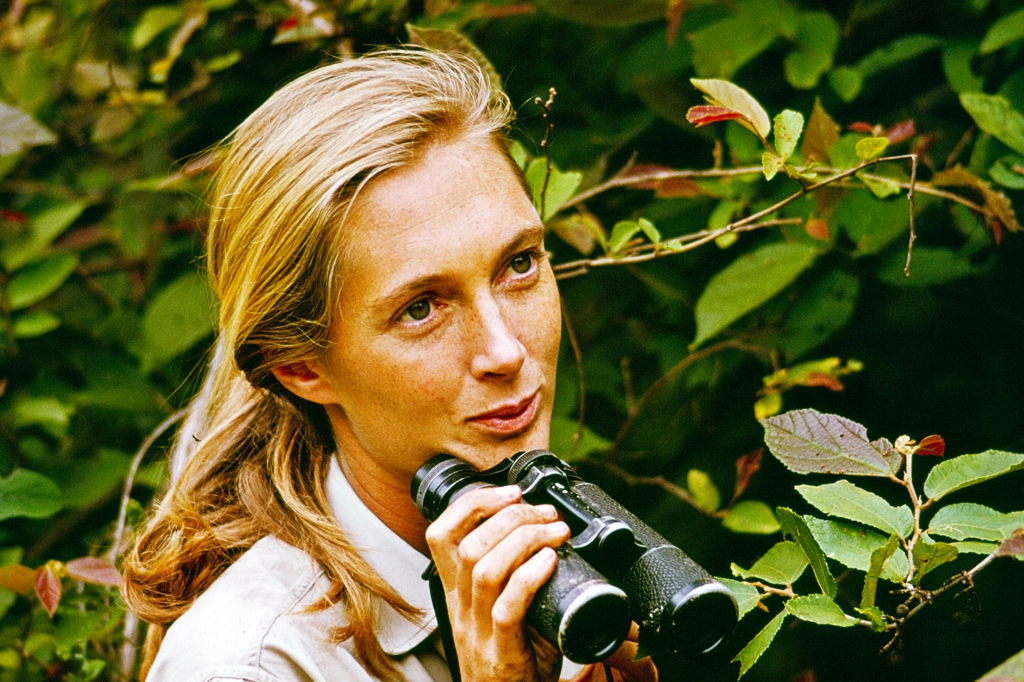 RAISING AWARENESS Goodall appears in a 1965 television special about her work with chimps.

In 1962, professors criticized Goodall for using human names and emotions to describe chimps. “I just quietly went on doing what I knew was right,” she says. Her belief that chimps are intelligent animals is now widely accepted.

In 1986, Goodall went to a meeting about habitat loss. The meeting changed her ideas about nature. Just doing research would no longer be enough. Goodall began a schedule of travel, charity work, and activism. After 35 years, she’s still on the job.

Goodall shares her life story to get people excited about the environment. “You’ve got to reach the heart,” she says. “I do that through storytelling.” 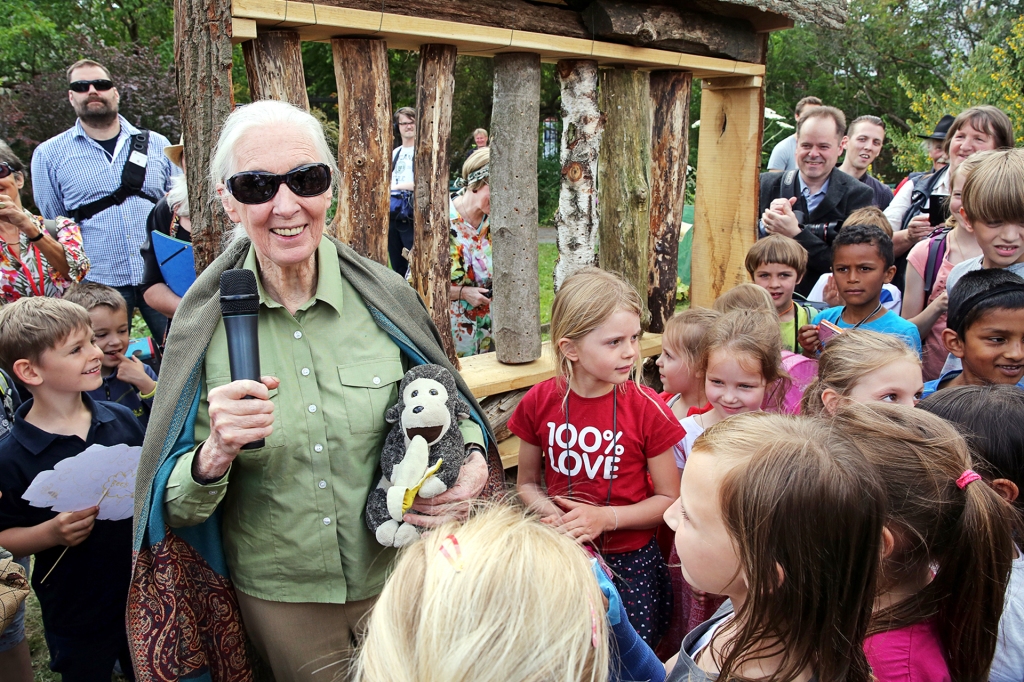 INSPIRING KIDS A group of children surrounds Goodall at a botanic garden in Berlin, Germany, in 2015.

Before the pandemic, she traveled 300 days a year. She spoke to school assemblies, at conferences, and on talk shows. March 2020 saw COVID-19 shutdowns. Goodall ended her travels. For the past year and a half, she has spent hours each day doing virtual lectures and interviews. Her stories leave audiences feeling hopeful about our planet.

Goodall promotes the idea that “everyone can do their bit.” Critics say that to make a difference, big changes are needed from businesses and governments. Kumi Naidoo is a South African activist. He says Goodall was “ahead of her time” on raising awareness. But, he adds, “All of us in the environmental movement . . . must acknowledge that . . . we have not delivered the results we set out to deliver.” This has led younger activists to take up more-aggressive aggressive 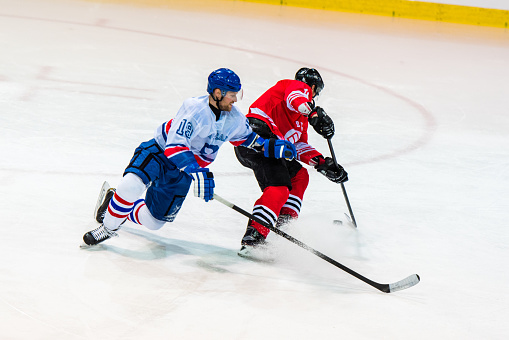 SIMONKR—GETTY IMAGES ready and willing to fight; forceful (adjective) Hockey players are sometimes aggressive on the ice. strategies, such as school strikes. 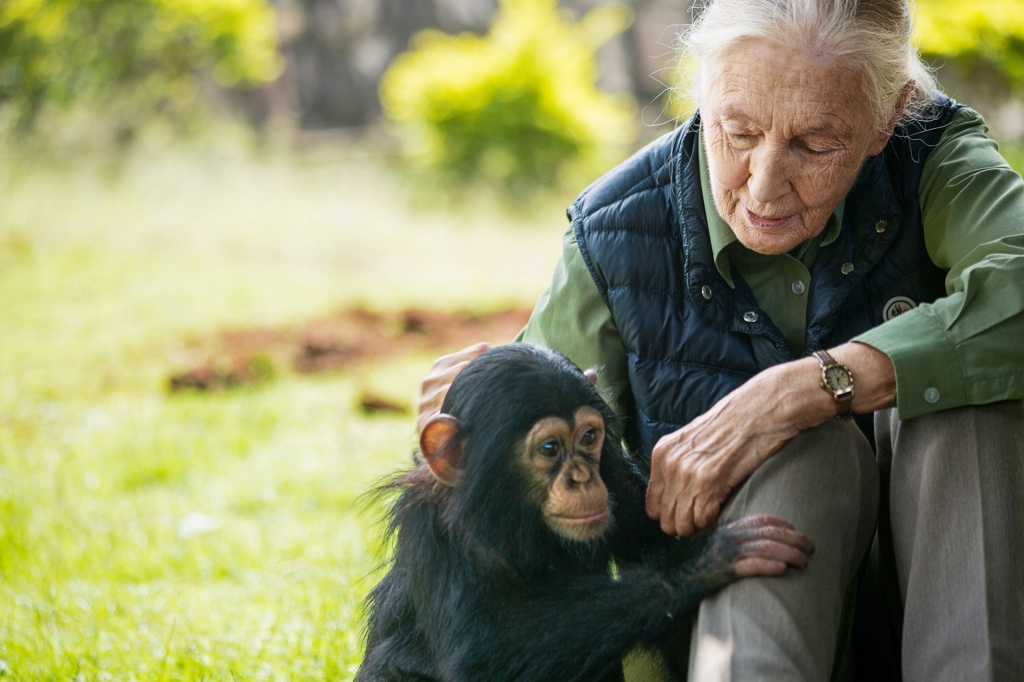 Still, many claim Goodall as an inspiration (see “Roots & Shoots”). Vanessa Nakate is a 24-year-old activist. She says Goodall taught her “that protecting our ecosystems is so important.”

On October 31, world leaders gathered for a two-week climate conference. Many young activists fear the conference won’t lead to enough action. But Goodall is determined to find hope. “I won’t say I’m optimistic. But I have all my fingers crossed,” she says. “The positive thing is that there’s so much more awareness.” 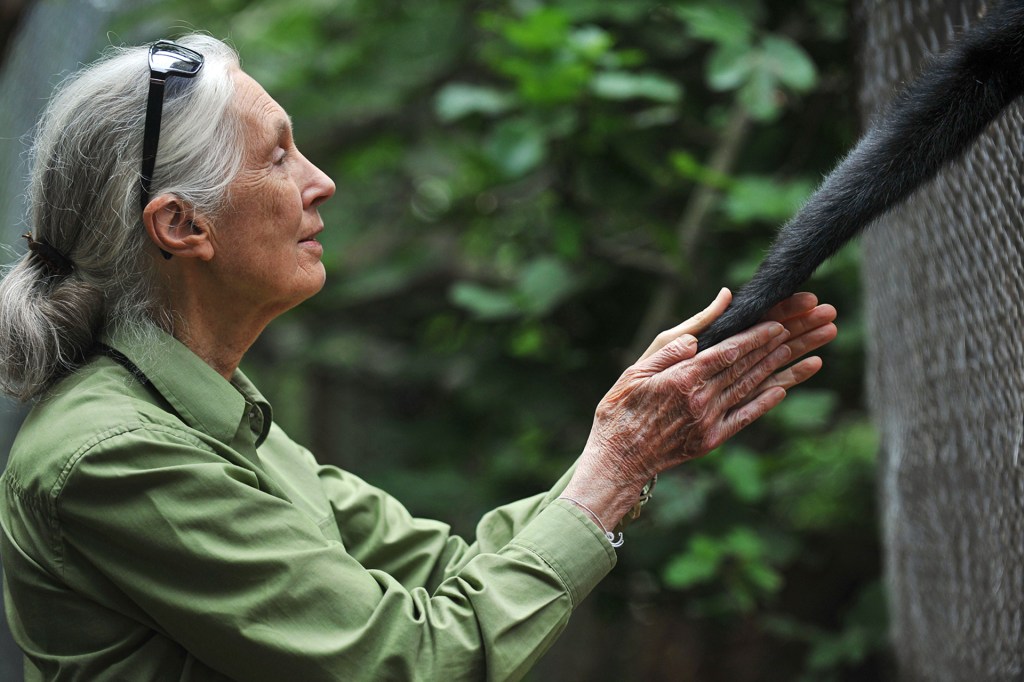 HELLO, FRIEND Goodall shares a moment with a spider monkey in Peñaflor, Chile, in 2013.

Goodall started the youth-activism program Roots & Shoots. That was in 1991. Today, it has groups in more than 60 countries. According to the Jane Goodall Institute, at least 100,000 kids and teens are running more than 5,800 community projects. They support people, animals, and the planet. Goodall says it’s important for young people to keep the “hope that your actions can make a difference.” 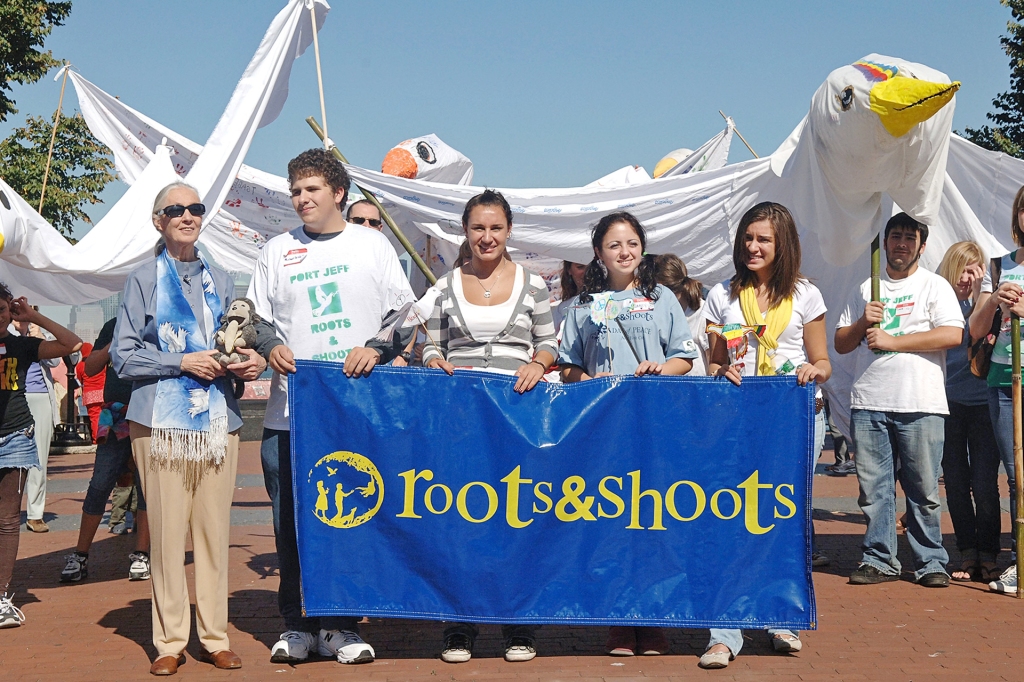