Last year, NASA sent a supply craft to the International Space Station (ISS). Its cargo included thousands of tardigrades. One of these creatures could fit on the tip of a pencil. They’re found just about anywhere­: in oceans, trees, and probably your backyard. Scientists say some tardigrades would live on even if most other life-forms on Earth were wiped out by an asteroid or supernova.

Tardigrades are survivors. That makes them well suited for space travel. Some can take about a thousand times the amount of radiation radiation 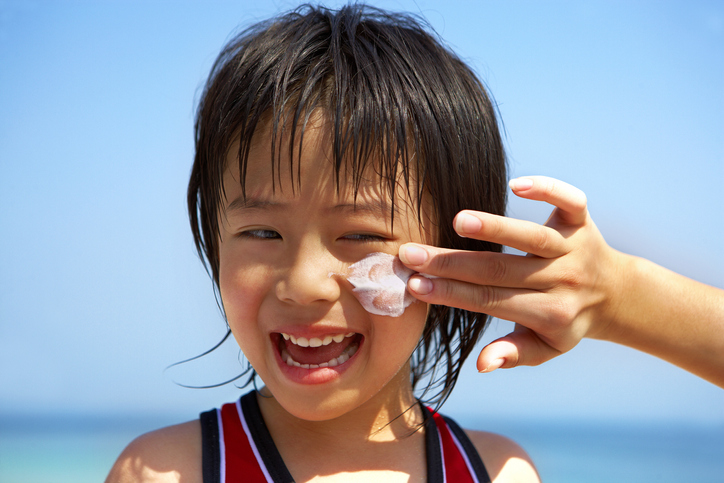 K-KING MEDIA CO. LTD/GETTY IMAGES energy that is produced in the form of waves (noun) Radiation from the sun can burn you skin. that would kill a person. Someday, we might send astronauts to Mars. Unlocking tardigrades’ survival secrets would be key. With that knowledge, scientist Thomas Boothby says, “we could develop therapies . . . that could protect humans.”

The tardigrades on the ISS came from Boothby’s lab. It’s at the University of Wyoming. Past experiments exposed tardigrades to big doses of radiation. Boothby wants to find out how they respond to low doses of radiation over time. That’s the kind of exposure people living in space would get.

One way tardigrades protect themselves is by entering what’s called a tun state. They curl up into little balls. Their bodies produce substances that protect their cells from damage. They basically stop living. “And they can stay like that for years or even decades,” Boothby says. When water returns, tardigrades puff back up.

Chemicals that tardigrades produce also protect them from sunlight. The sun’s radiation creates charged particles in the body’s cells. These pull the cells’ material apart. But a tardigrade can lock up these particles. That keeps them from harming the cells.

Studying this could help scientists develop dietary supplements. These would boost protective chemicals in people. And that might save astronauts from radiation.

“Right now, we’re in the learning phase,” Boothby says. Other scientists will build on his research, he adds. “That’s just the way science works.”