Late into the night, people in Cape Town, South Africa, line up to collect water from a spring. They approach the spigot one by one, filling plastic bottles. On this day, each person can take up to 13 gallons. Security guards stand by to enforce enforce 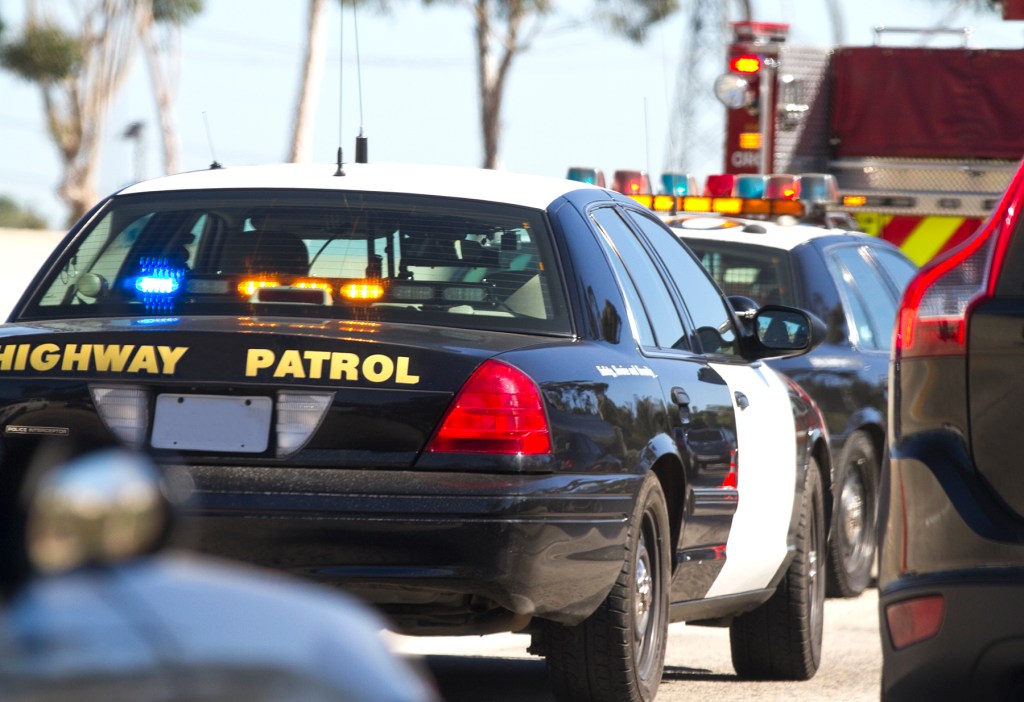 MCCAIG/GETTY IMAGES to make sure a law or rule is obeyed (verb) Police will be patrolling roads to enforce the speed limit. the rules. In a few months, that amount will be cut in half.

Cape Town, the second-largest city in South Africa, is home to 4 million people. It is running out of water. For three years, the city has faced the worst drought drought 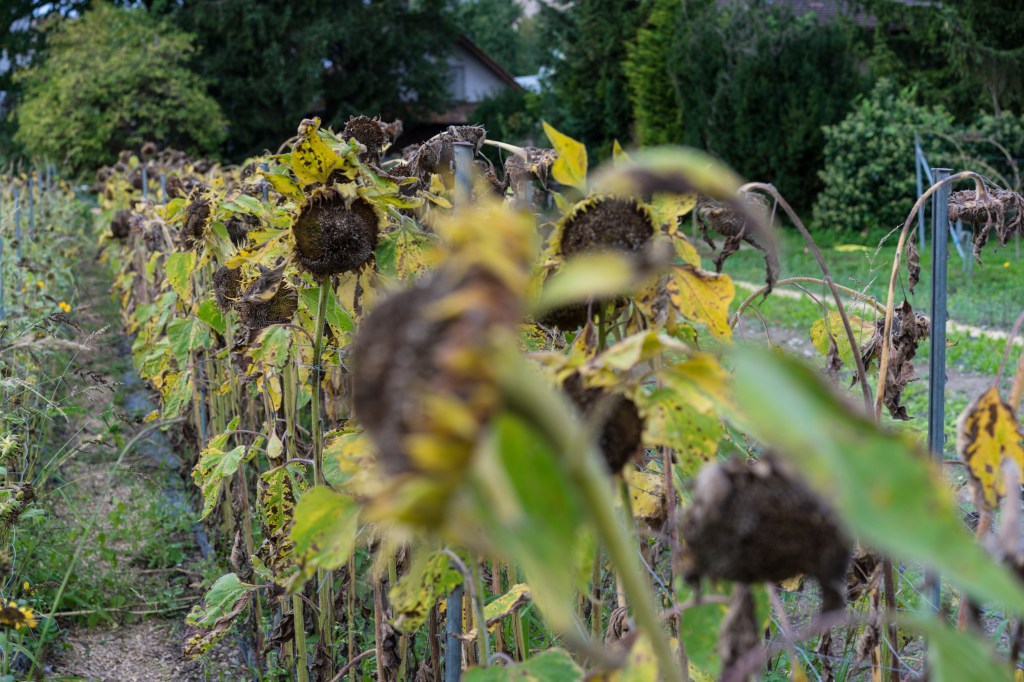 DESIGNOSAURUS/GETTY IMAGES a long period of time when there is no rain (noun) During the drought, many of the flowers in our garden died. in a century. Reservoirs reservoir 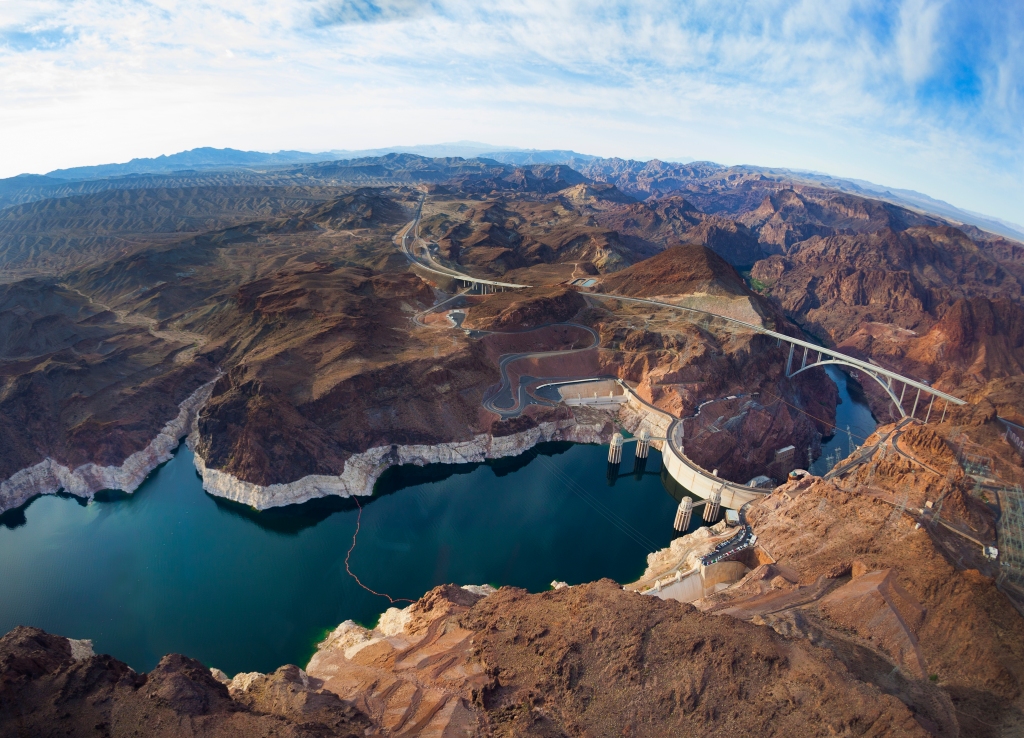 DEREK E. ROTHCHILD/GETTY IMAGES a lake (either natural or artificial) where water is collected and stored for people to use (noun) Lake Mead is the largest water reservoir in the United States and stores water for people who live in Arizona, California, and Nevada. that were once used to water green fields are now mostly sand and cracked earth. Officials are telling residents to conserve water. Otherwise, the city will be forced to turn off the supply to homes and businesses. That day is being called Day Zero. At press time, Day Zero was expected to be June 4. But the date may change based on water levels in local dams.

“There are a lot of people who have been in denial,” Shirley Curry said as she waited at a spring to get her share of water, “and now they suddenly realize this is for real.”

STOCKING UP People line up to collect water at one of Cape Town’s natural springs.

On Day Zero, each person’s daily allowance will drop to about 6.5 gallons. (In contrast, the average American uses 80 to 100 gallons of water per day.) Lines at the city’s 200 water-collection points will likely get even longer. And Capetonians will fill their bottles under the watchful eye of the military.

Some places will be exempt from the cutoff. The water will keep running in hospitals and schools. It will stay on in poor settlements settlement 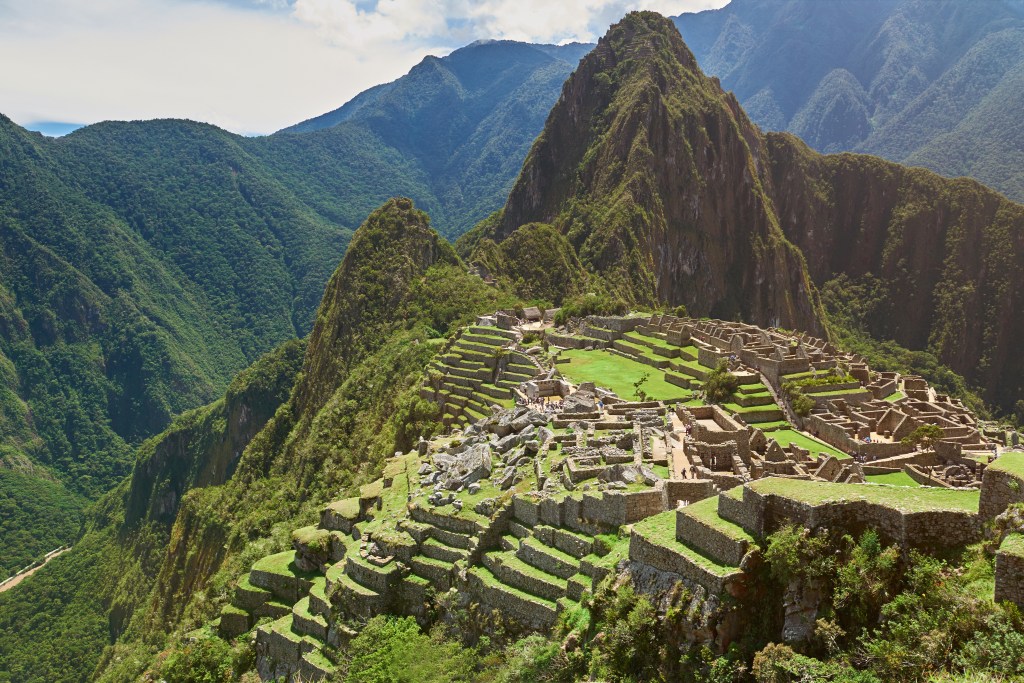 DIMARIK/GETTY IMAGES a place where people have come to live (noun) During her vacation to Peru, Ada visited the remains of an ancient settlement called Machu Picchu. , too. This is to prevent disease. Areas popular with tourists could also be regulation-free. More than 10 million people visit Cape Town each year. Tourism fuels nearly 10% of South Africa’s economy. 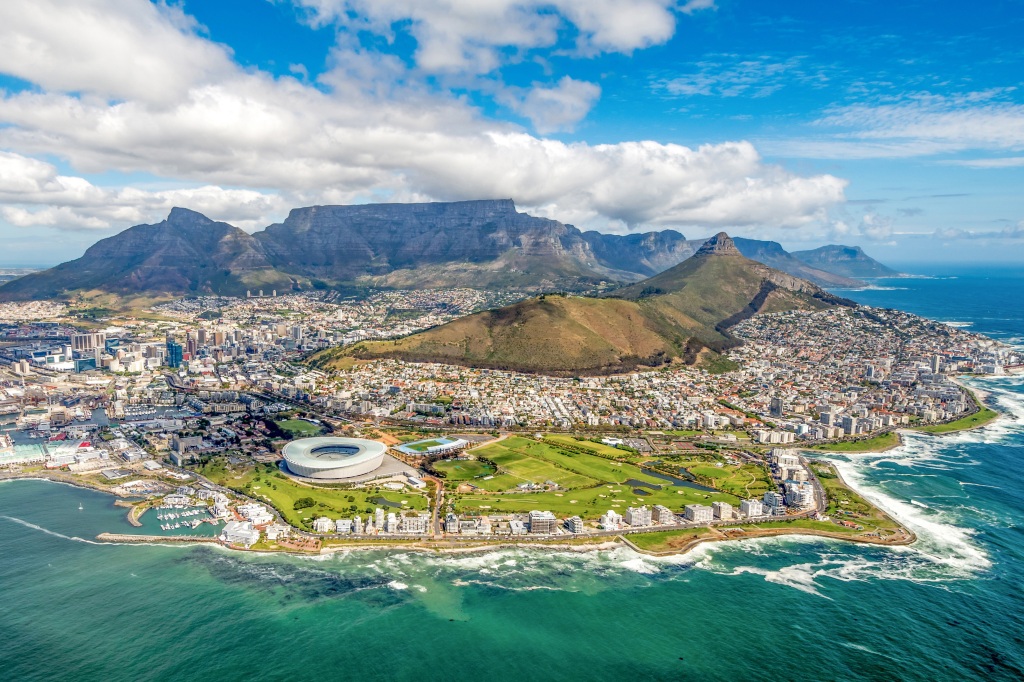 PICTURE PERFECT? The water crisis could scare off the millions of tourists who visit Cape Town each year and support the city’s economy.

Other regions of South Africa are helping out by donating some 2.6 billion gallons of water. But Cape Town will have to find a long-term solution to its crisis.

Across the city, people are struggling to conserve water. They are taking 90-second showers and cutting back on washing clothes. Using tap water to wash vehicles, fill swimming pools, and water gardens is illegal. Those found to be using too much water will face penalties.

For some residents, rationing ration 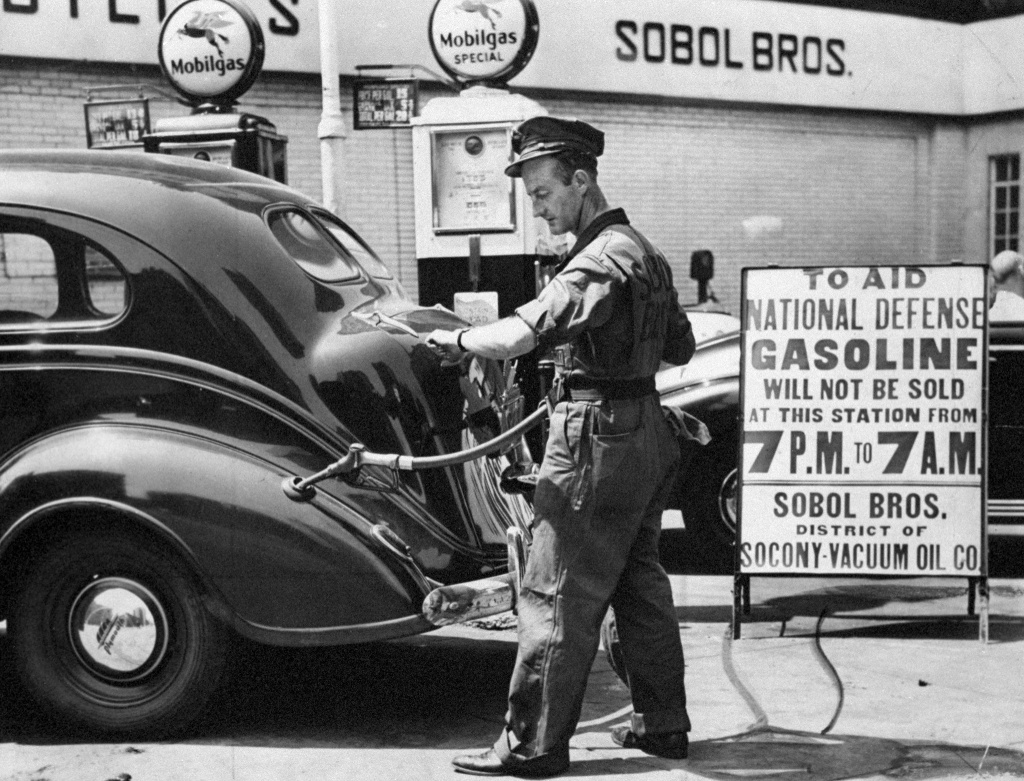 NEW YORK DAILY NEWS ARCHIVES/GETTY IMAGES to control the amount of something that people are allowed to have, usually because there is not enough of it (verb) During the war, the government started rationing gas. water has come to feel normal. Kelson da Cruz keeps a few containers of water around. One is near the shower. Another he uses for brushing his teeth and washing his face. He uses non-drinking water to flush the toilet.

But not everyone is as careful as da Cruz. In January, only about 55% of Cape Town residents were sticking to their allotted water per day, according to city authorities. “We can no longer ask people to stop wasting water. We must force them,” Cape Town mayor Patricia de Lille said at the time. On February 14, the city noted that while many people have done “amazing work to save water . . . we now need all our residents to join in the savings drive.” 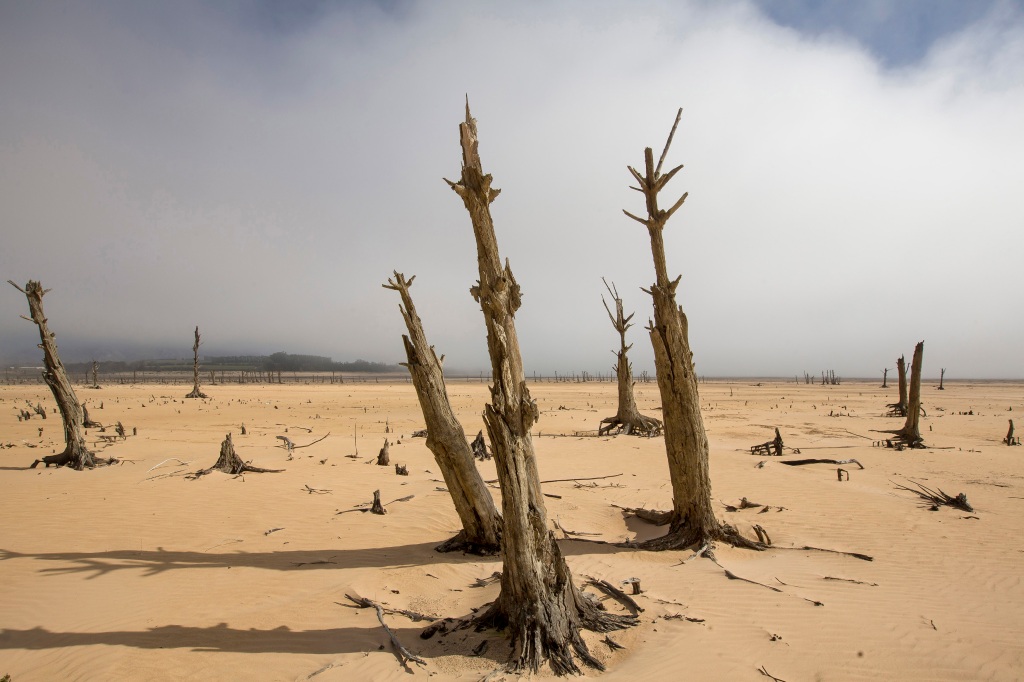 DRIED OUT Cape Town’s Theewaterskloof Dam was once the city’s main water supply. A lengthy drought has left the reservoir dry.

Kirsty Carden works with the Future Water Institute at the University of Cape Town. She says wealthy suburbs have been the most wasteful. “It has been in areas where people have gardens and swimming pools,” she said. “They’re used to the water just being, coming out of the taps.”

But public officials share responsibility for the water shortage, experts say. They failed to prepare for a long-term drought. Now the city is rushing to upgrade its water systems. It is building desalination desalination 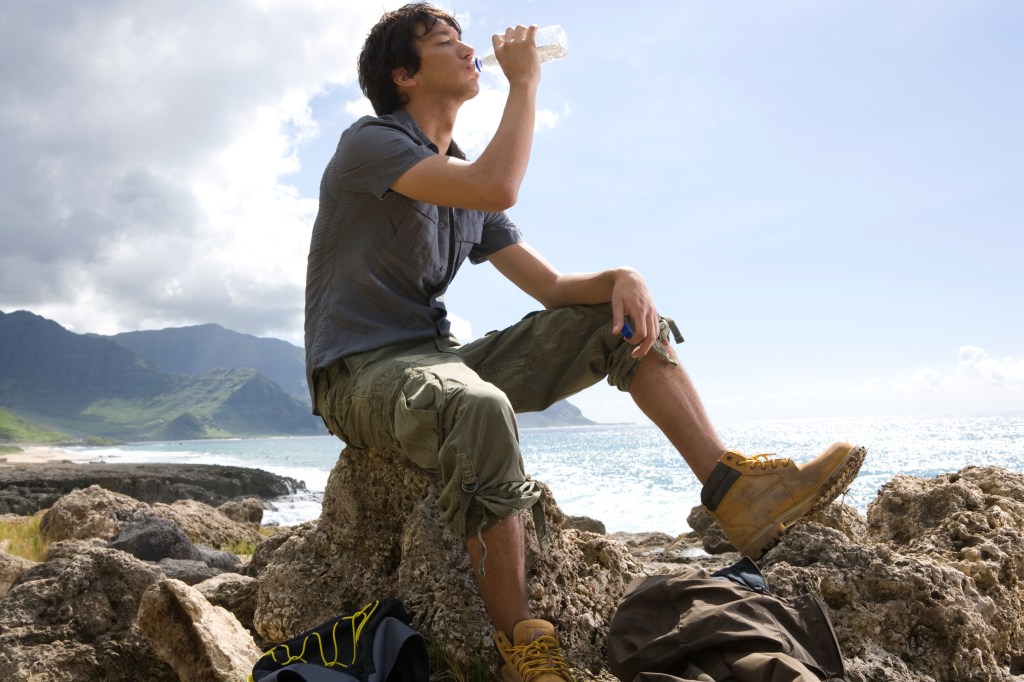 ABSODELS/GETTY IMAGES the process of removing salt from seawater (noun) We're taking a portable desalination kit to the beach so we can turn salt walter into drinking water. plants where seawater can be made fit for drinking and facilities where water can be recycled.

Da Cruz sees a lesson in the crisis. “I think South Africa is, for the first time, really catching up with the rest of the world,” he said. “They have to change their habits. You can’t just take for granted something so precious.”