Anti-racism protests spread across the country this year. These protests haven’t just happened in the streets. Calls for change have come from many industries, including entertainment, technology, and professional sports.

Pro athletes have often spoken out against social injustice, even though it is risky for them to do so. This year, more athletes have taken a stand and encouraged others to use their voices—and their votes. Fans see athletes as heroes. Teams count on them to bring in billions of dollars. So when athletes speak, people listen. Here are three examples of how athletes are leading the way in 2020.

Getting Out the Vote 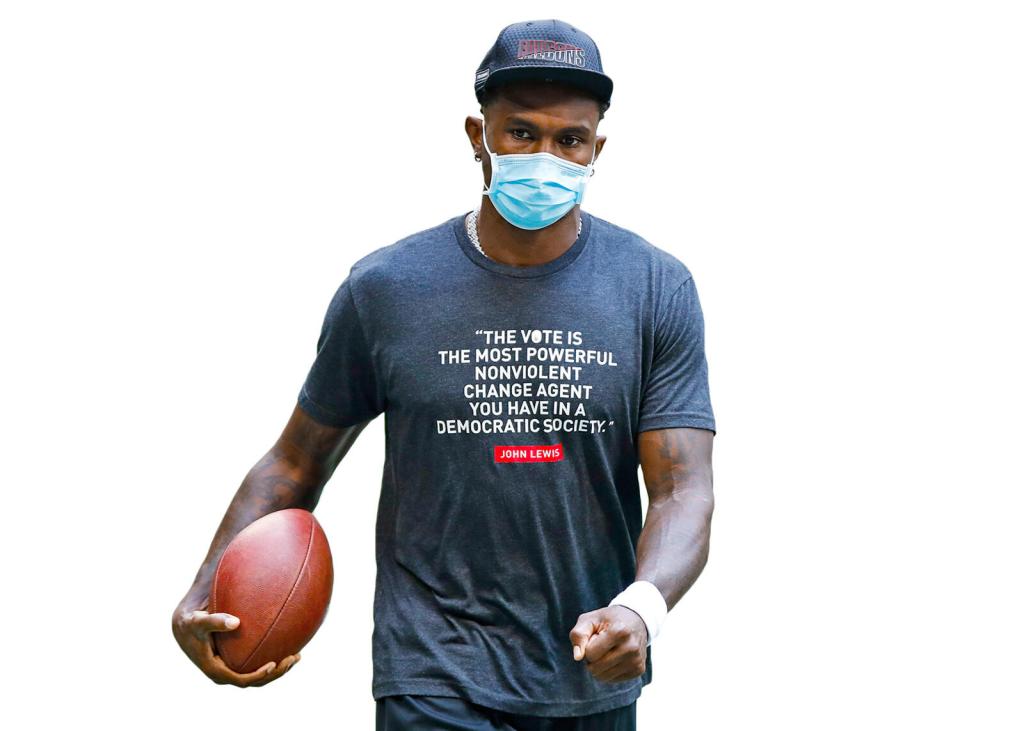 Players from the Atlanta Falcons are urging people to vote in the 2020 election. The players say it’s crucial to elect lawmakers and other leaders who care about social justice. Before a game last month, Julio Jones and his teammates wore shirts quoting the late congressman John Lewis, an advocate for voting rights. The National Football League (NFL) has taken note. In August, it launched its own voting-education initiative. Several NFL teams will use their stadiums as voting sites. 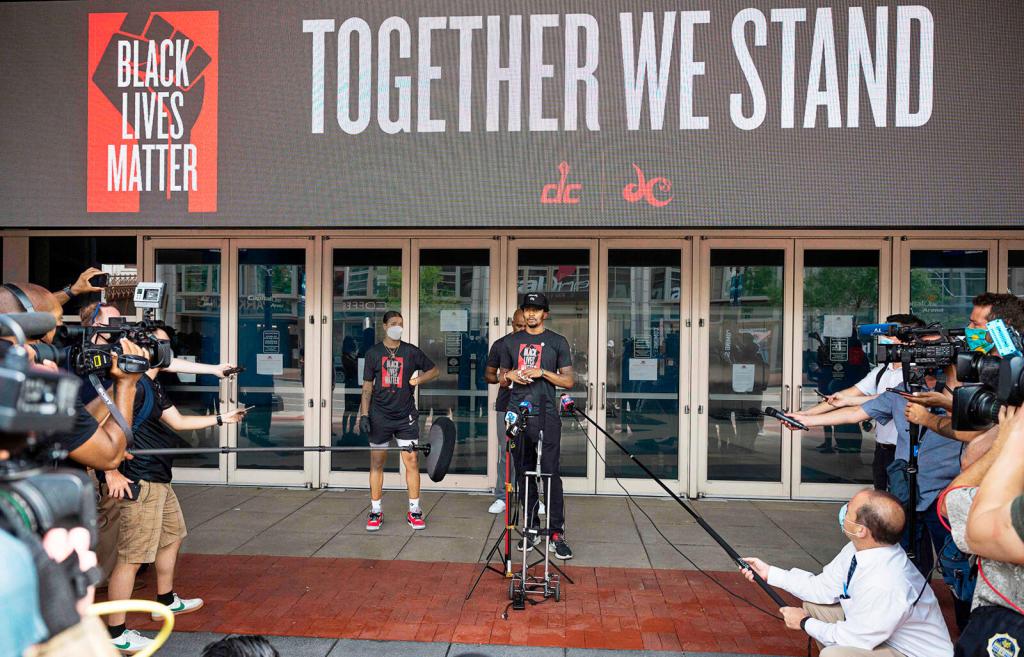 On August 26, athletes from the NBA and WNBA staged a protest against racism by refusing to play. Natasha Cloud (left), of the Washington Mystics, wasn’t with her teammates. She had already opted out of the season to devote herself to social-justice causes. In June, Cloud and her friend Bradley Beal (center), of the Washington Wizards, led a march to celebrate Juneteenth, a holiday that honors the end of slavery in the United States. Here, they speak before the event. Cloud and Beal are active on social media. Like the Falcons, they’re asking people to vote. 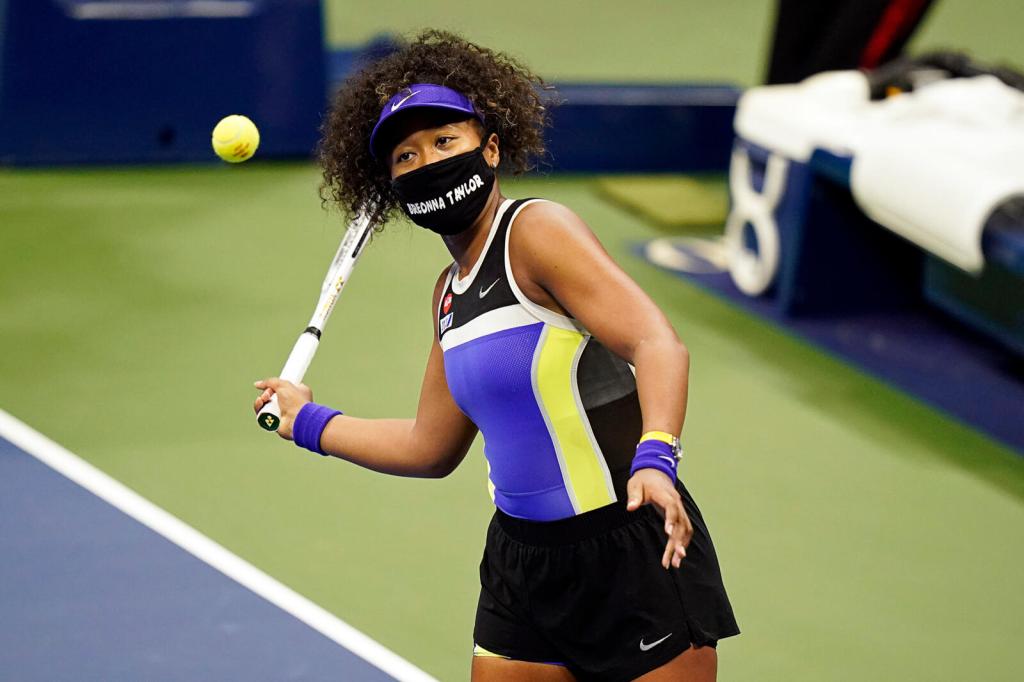 On September 12, tennis player Naomi Osaka won her second U.S. Open title in three years. But it wasn’t just her superb playing that made news. Osaka wore seven masks, one for each round of the tournament. Each named a Black victim of violence and racial injustice. Later, a reporter asked Osaka what message she wanted to send. She said, “The point is to make people start talking.” 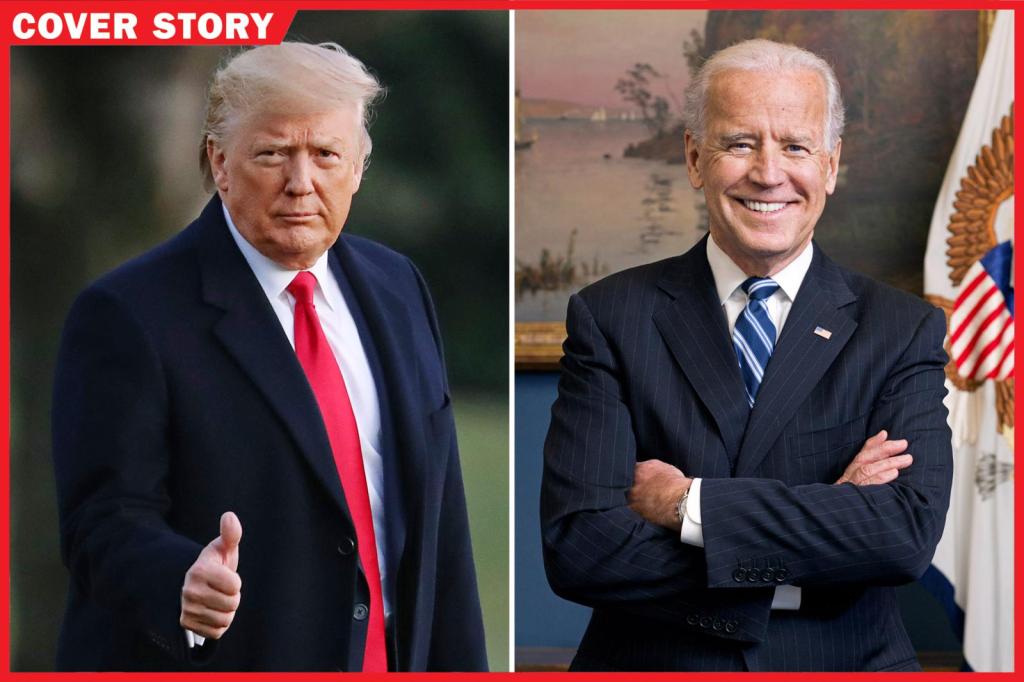 President Donald Trump and former vice president Joe Biden faced off in a heated debate on September 29. They went head-to-head on issues such as the economy and the coronavirus pandemic. Each made a case for why voters should pick… 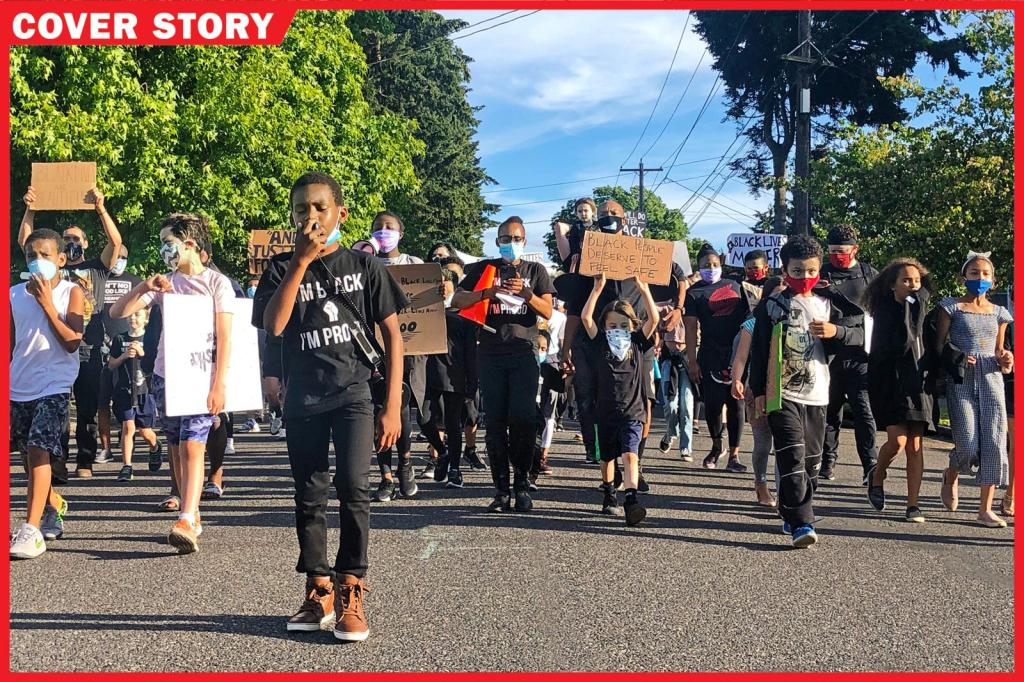 On August 28, thousands of protesters gathered on the National Mall, in Washington, D.C., for the March on Washington 2020. They were speaking out against racism and the unjust treatment of Black people in American society. For months, marches have…