Five of Our Favorites

Learning about money should be something you do in every grade, from the time you enter kindergarten until you graduate from college. Why? Because financial literacy is one of the most important skills you can learn. It means understanding how money works—how to earn it, save it, invest it, borrow it, protect it, give it away and, yes, spend it. Knowing how to manage money is crucial to setting yourself up for success. For six years, the team behind Your $ has created a monthly magazine that is not just timely but that teaches long-lasting financial lessons. We’ve covered everything from how to (and how not to) make in-app purchases to kids who’ve started thriving businesses to why the price of orange juice goes up after a hurricane. In honor of our sixth anniversary, we’re revisiting some of our favorite stories. We hope you’ll click on the links to read them again in full. —By Jean Chatzky

We’re interested in smart kids, and we’re even more interested in smart kids who’ve made a lot of money. That led us to Jeff Xie, whom we featured on our first cover. The New Jersey teen won $75,000 in the 2014 Jeopardy! Teen Tournament. We were most impressed by Jeff’s perseverance. He took six Jeopardy! tests before making it onto the show, and learned about personal finance by reading Ramit Sethi’s book I Will Teach You to Be Rich. Jeff used much of his prize money to pay for college. He graduated from Columbia University with a degree in astrophysics, which makes him something like a real-life rocket scientist. 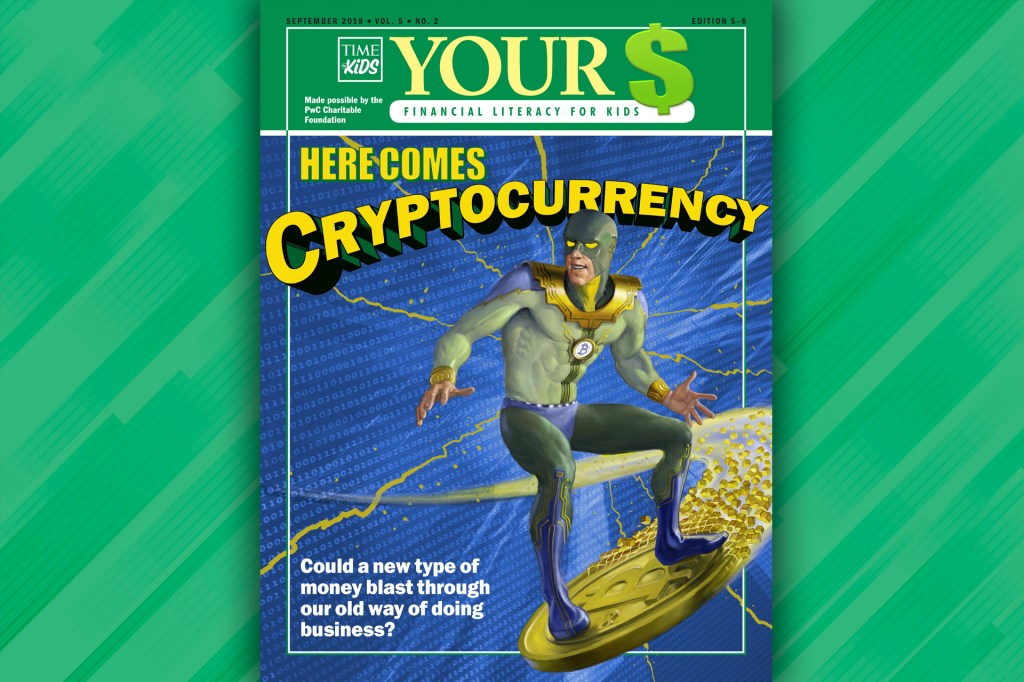 Bitcoin’s value saw huge growth in 2020. The world’s cryptocurrencies—now in their thousands—are clearly here to stay. As we explained in autumn 2018: “Unlike paper money or coins, crypto (for short) isn’t something you can hold. And it isn’t printed, like dollars. . . . It’s created using computer programs and exists only in computer files.” It works because people believe in it. There is a traceable record of every transaction on computers around the world, and secret codes keep those transactions secure. But Bitcoin and other types of crypto are risky. After more than quadrupling in value in 2020, the price of Bitcoin fell by about 10% on the first Monday of 2021. 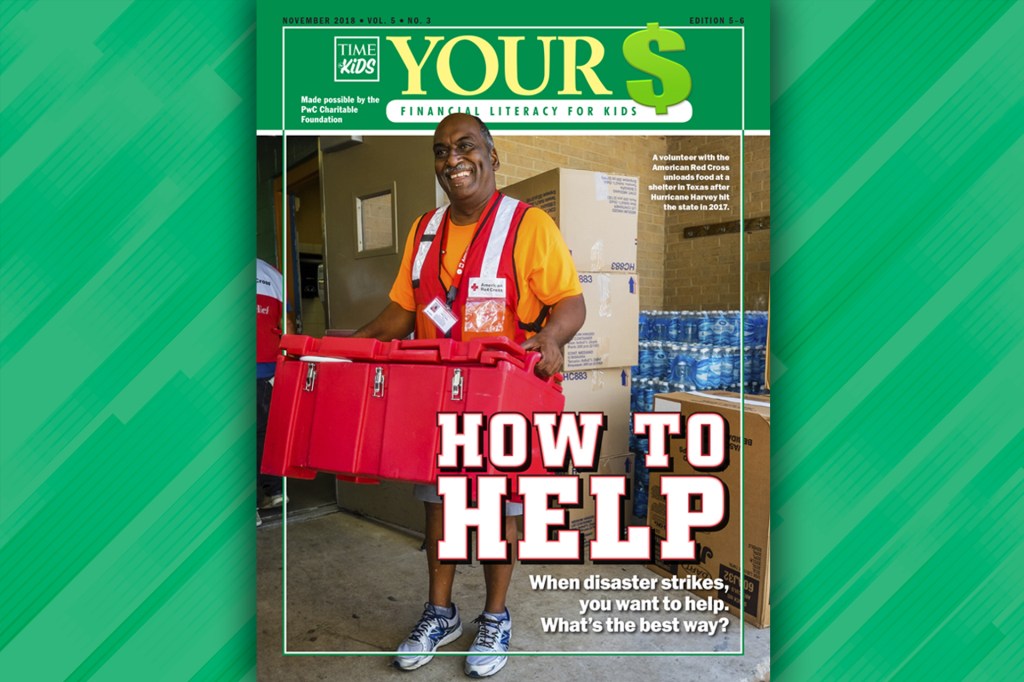 Giving So It Counts

If the pandemic has had a silver lining, it’s that it has led Americans to give back in record numbers. That’s not new: We’re a nation of givers. But in light of the hardships many families are facing, it’s extra inspiring. Whenever you make donations—after a natural disaster, to cure a disease, to support an arts organization—you want to do the most good possible. In November 2018, we wrote about how to check out a charity using charitynavigator.org. This was in the aftermath of several major hurricanes, and people wanted to help. We explained that if you can afford it, money is the most effective thing to donate because it can be used to purchase things people need immediately. If that’s not possible, donating clothes and other belongings is helpful, and volunteers are usually appreciated. 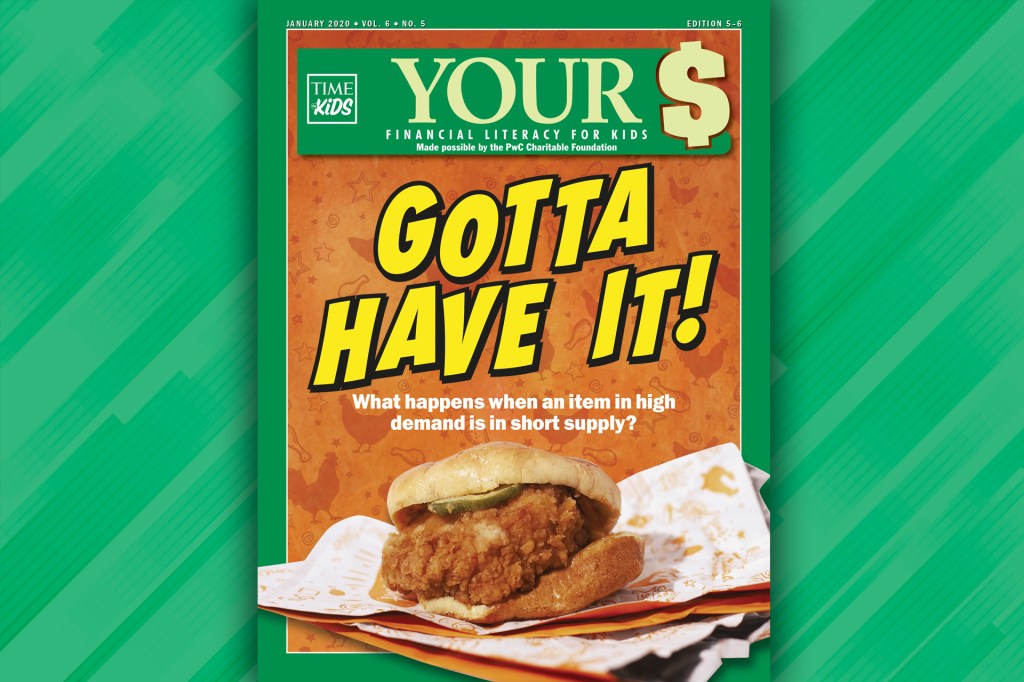 The Popeyes fried-chicken sandwich became famous on social media. Writing about it was not just an exercise in deliciousness, it was a great way to explain the key economics lesson of supply and demand. What happened? The fried-chicken chain tweeted an image of the sandwich with the words “Chicken. Brioche. Pickles. New. Sandwich.” Customers started liking and retweeting it, and soon started lining up at stores. Popeyes thought it had a big enough supply of ingredients to last for almost two months, but the demand was so great that the restaurant ran out after two weeks. Often, in a case like this, prices will go up. Popeyes pulled the sandwich off the menu and didn’t start making it again for months. The good news is, it’s available now. And because other restaurants saw how popular chicken can be, you can get copycat sandwiches at other fast-food chains, as well. 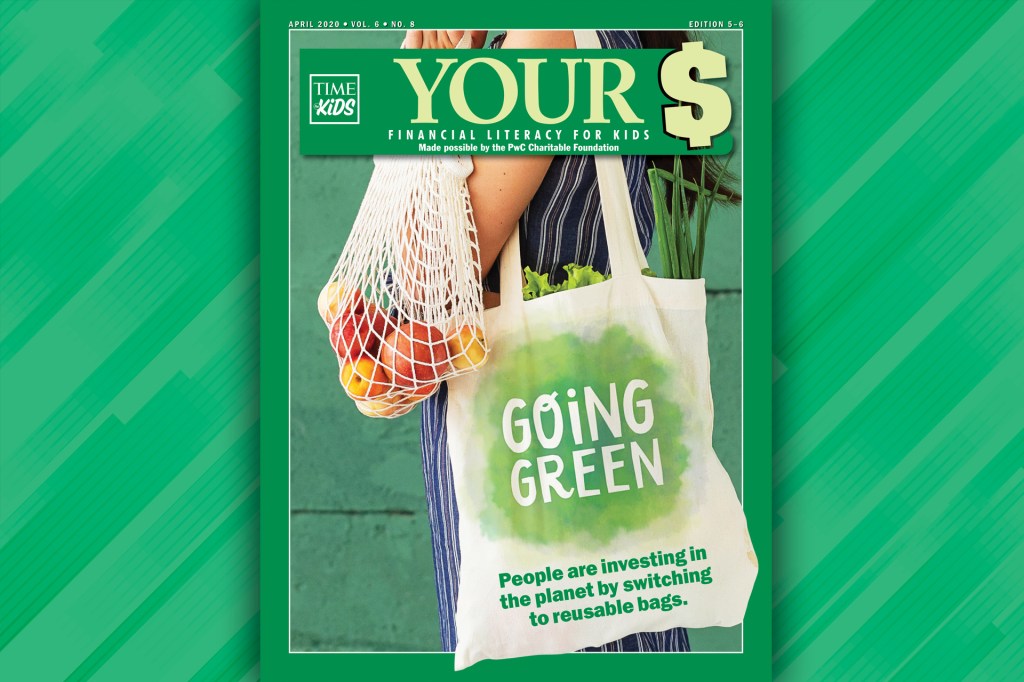 Paper Or Plastic? Neither.

As cities and states around the country started banning most single-use plastic bags and charging a small fee for paper bags, we took a look at what it means to be sustainable. Sustainable items are not harmful to the environment. Unsustainable items, such as plastic bags, have a negative impact on the environment. The U.S. uses 100 billion plastic bags every year, which contributes to the greenhouse gases that are causing glaciers to melt and sea levels to rise. Plus, most plastic bags wind up in landfills, where they take a decade or two to break down. Many wind up littering beaches or polluting oceans. But you can help solve the problem. Use the plastic bags you already have as many times as possible, and carry your lunch and groceries in reusable bags. The planet will thank you.