Have you seen a firefly glow? Fireflies are bioluminescent. That means they make their own light. “It’s like a flashlight or a lightbulb,” Hans Waldenmaier told TFK. He studies glowing mushrooms in Brazil. But bioluminescence can be found all around the world. 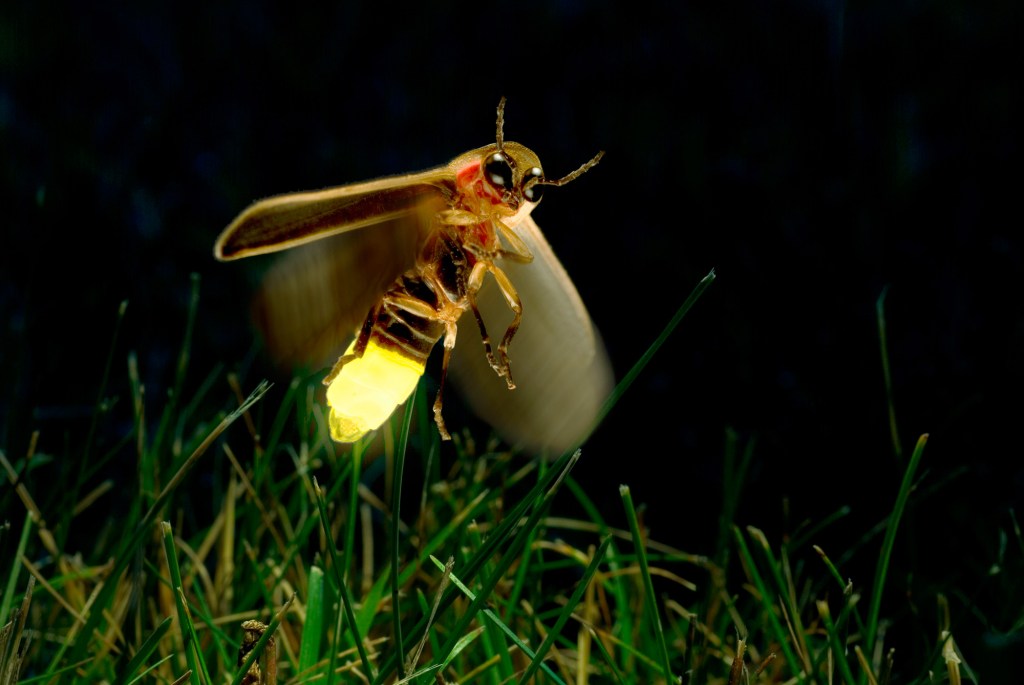 FIREFLIES create their own light. A chemical reaction takes place in the insect’s abdomen. Fireflies find mates based on the pattern of their flash.

Some glowing creatures live on land. But most live in water. About 80% are ocean-dwellers.

Tiny plankton sparkle at the water’s surface. These organisms light up with motion. So they glisten with every wave. And the ocean depths are full of bioluminescence. Animals have adapted to the dark habitat by making their own light. 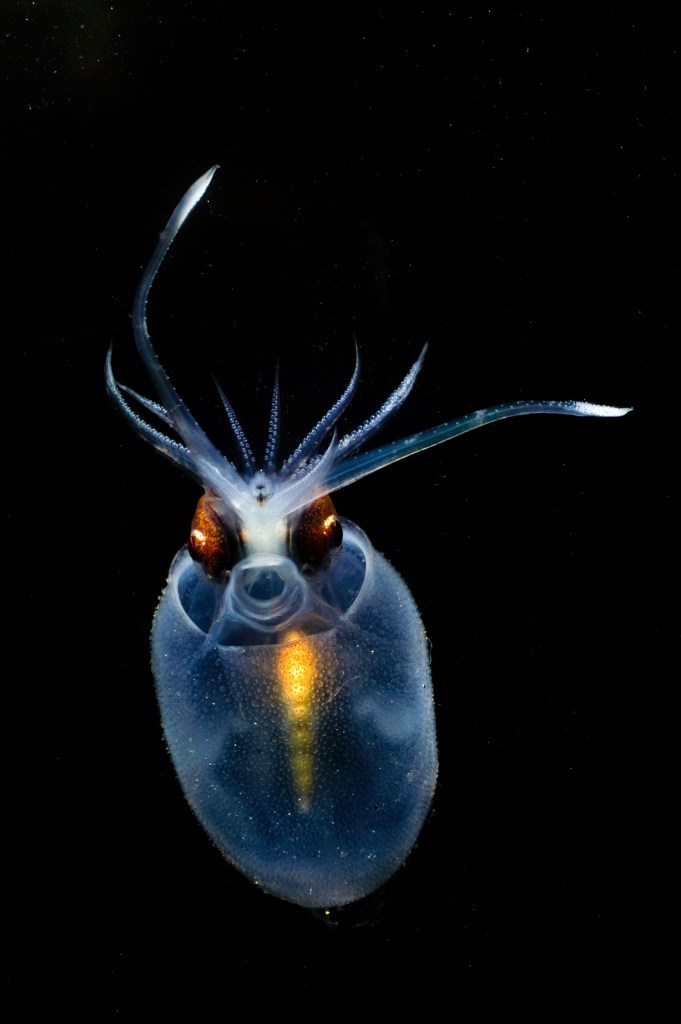 Many types of SQUID are bioluminescent. This is a glass squid. It lives in the deep ocean. It is very dark there. A glass squid makes light in special organs below its eyes.

The ability to make light is useful for animals. It helps different creatures in different ways. Some use it to communicate. Some light up to find food or a mate. Other creatures light up to send out a warning or in defense.

A vampire squid releases a glowing cloud. The light throws off predators. A dragonfish uses red light to hunt for food. Fireflies flash to attract mates.

Unlike a lightbulb, a firefly does not use electricity. Glowing creatures create their own light by a chemical reaction. A firefly’s body contains special chemicals. When they mix, the reaction takes place. And that makes light.

Bioluminescent FUNGI are found in the forest. Their glow helps them reproduce. It attracts insects. Then insects carry the fungal spores to other parts of the woods.

In some places, nature’s glow is losing its spark. That is because of light pollution. The light from cities burns bright. It makes bioluminescence harder to spot. But it’s not impossible. “Just turn off your lights and go outside,” Waldenmaier says. “You’re going to see amazing things.” 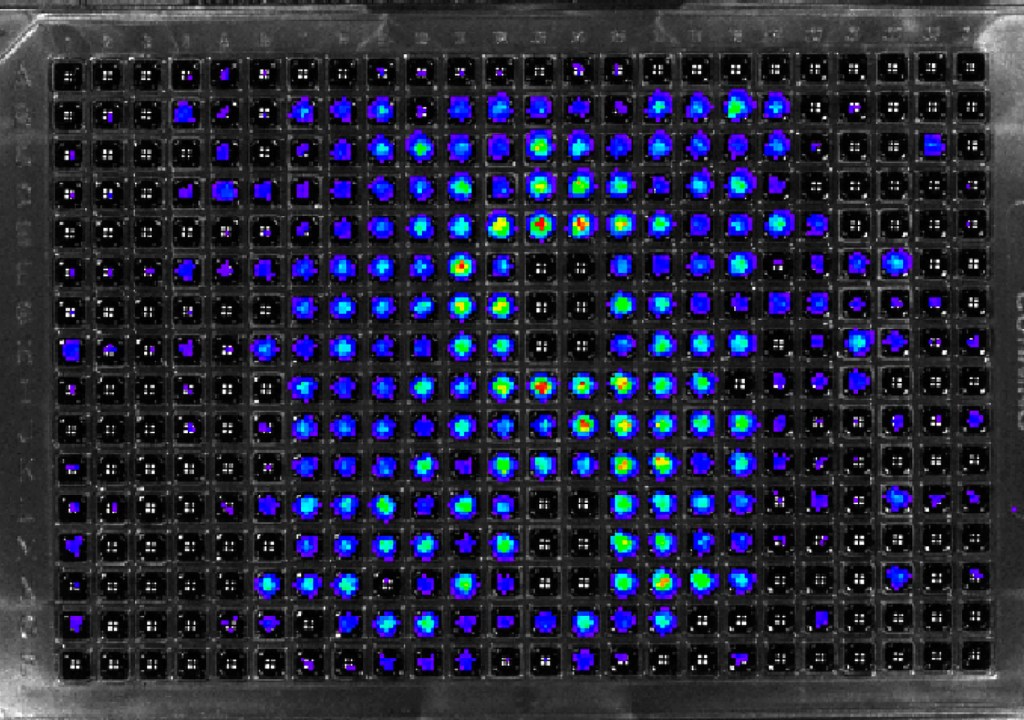 People are using bioluminescent animals to solve problems. Take GARY and KATHY LUKER. They are scientists. They study cancer. Bioluminescence gives them information about the disease. This information would otherwise be invisible. In their work, the Lukers turn to glowing… 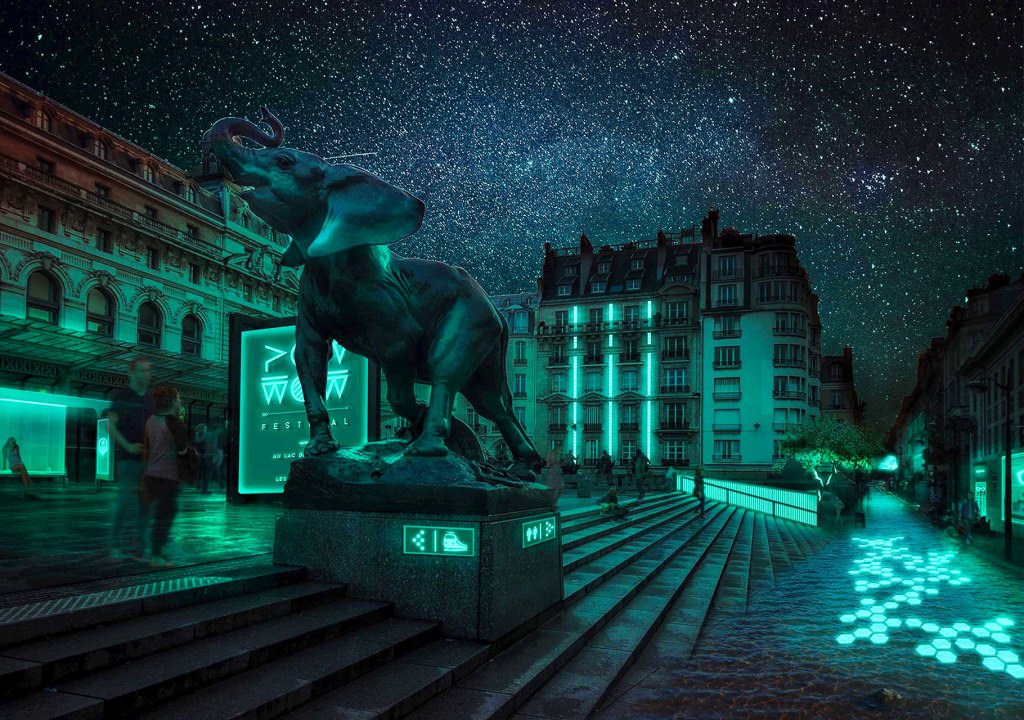 The Glow of the Future 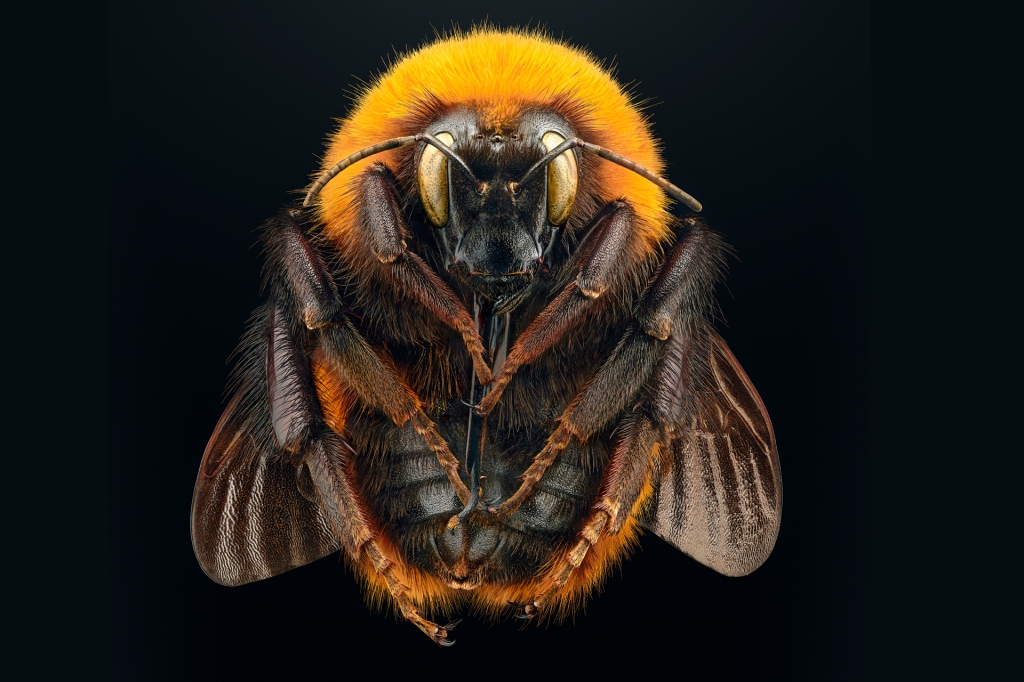